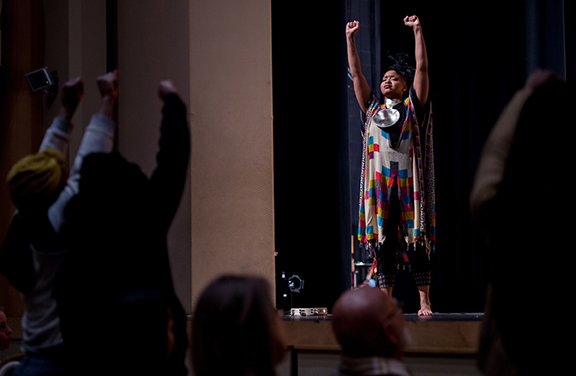 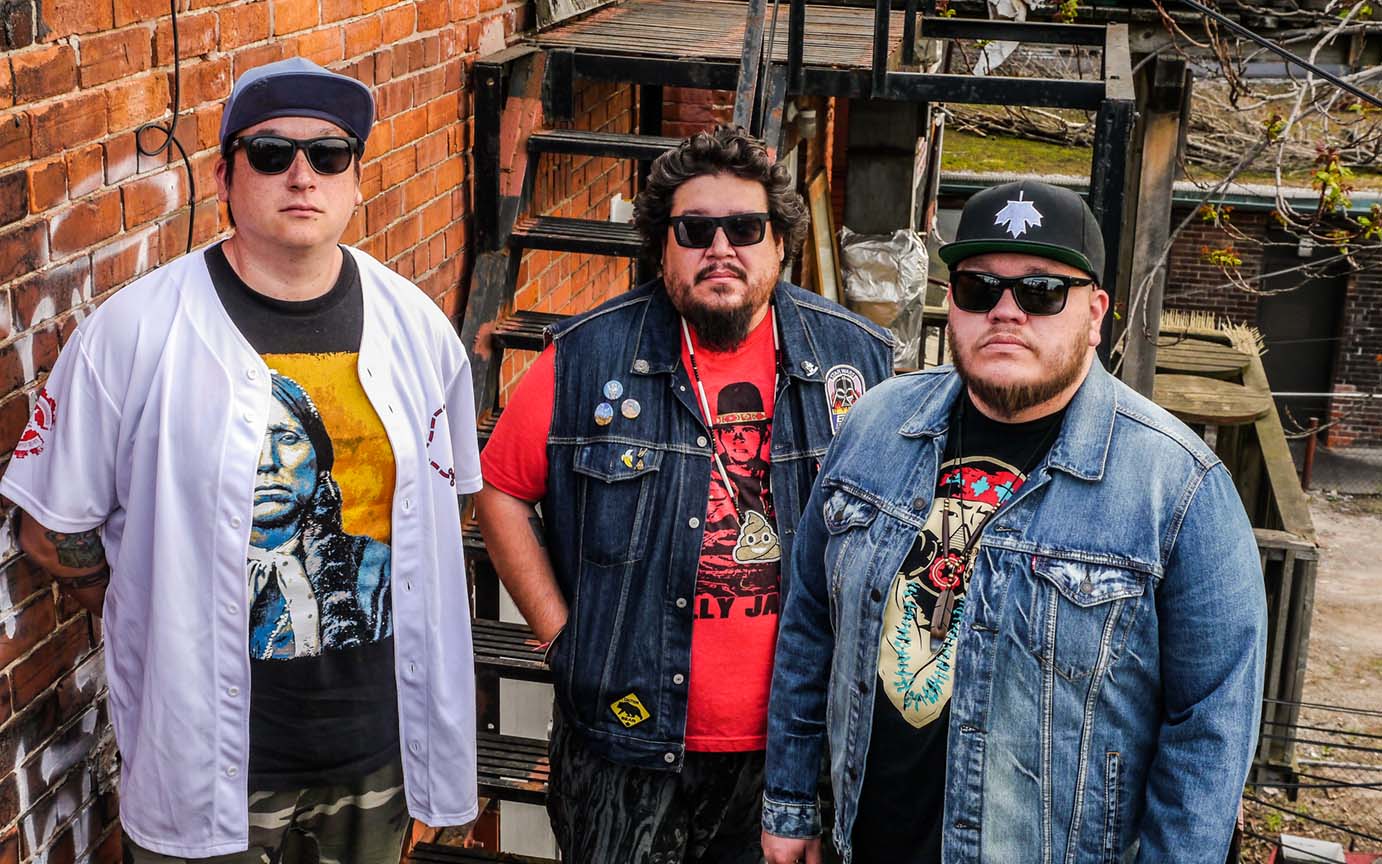 The BAC Sunday Cinema Series features pre-recorded productions from the National Theatre in London, Broadway in HD Series, and the Bolshoi Ballet in Moscow.

ETHEL + Robert Mirabal: The River | October 24 at 7:30PM
ETHEL, acclaimed adventurous string quartet + Robert Mirabal, Native American musician, instrument builder, and three-time GRAMMY® Award winner, presented their next evolution of the cross-cultural concert experience. The inspiration this time is Water as the embodiment of Spirit, and its essential role in Life on Earth. The audience is immersed in a flow of music, narrative, and ritual that evokes timeless Native American traditions through contemporary musical artistry. Learn more.

An Evening with David Sedaris | November 19, 2019 at 7:30PM
David Sedaris is a well-known NPR correspondent, humorist, author, playwright, comedian, and more. With sardonic wit and incisive social critiques, David Sedaris has become one of America’s pre-eminent humor writers. He is the master of satire and one of today’s most observant writers addressing the human condition. Sedaris signed books before and after the main event with City Lights Bookstore of Sylva, NC serving as the official book seller for the evening. Learn more.

John Brown Big Band | March 5, 2020 7:30PM
Made up of top musicians, the band specializes in performances of traditional compositions from the Great American Songbook and today’s cutting-edge arrangements. The group also performs a wide range of material covering all eras of jazz repertoire including the music and arrangements of legends including Frank Sinatra, Ella Fitzgerald, and Duke Ellington. Learn more.

42nd Street | November 3, 2019
One of Broadway's most classic and beloved tales, 42nd Street, comes to cinema screens in the largest-ever production of the breathtaking musical. The musical, set in 1933, tells the story of Peggy Sawyer, a talented young performer with stars in her eyes who gets her big break on Broadway. Learn more.

Kinky Boots | February 9, 2020
The ‘freshest, most fabulous, feel-good musical of the decade’ (The Hollywood News) as it arrives on cinema screens. With songs by Grammy® and Tony® winning pop icon Cyndi Lauper. Learn more.

Follies | October 21, 2018
Stephen Sondheim's legendary musical is staged for the first time at the National Theatre and broadcast live to cinemas. Learn more.

Don Quixote | January 13, 2019
Inspired by the heroic stories of brave knights, with his faithful servant Sancho Panza at his side, Don Quixote sets out on an adventure to meet his ideal woman, Dulcinea. Learn more.

Sleeping Beauty | March 10, 2019
On her sixteenth birthday, Princess Aurora falls under the curse of the Evil Fairy Carabosse and into a deep slumber lasting one hundred years. Only the kiss of a prince can break the spell. Learn more.

The Hillbenders | September 7, 2017 at 7:30PM
Nearly 45 years after its original release, this classic of classic rock has now been fully realized as a full length bluegrass tribute featuring Springfield, Missouri’s The HillBenders. Conceived and produced by SXSW co-founder and longtime musician/producer Louis Jay Meyers, this Bluegrass Opry brings a new perspective to Tommy while paying complete respect to its creators. Learn more.

A Tribe Called Red | November 10, 2017 at 7:30PM
Looking to the future, without losing sight of their past, ATCR straddles a broad range of musical influences based in modern hip-hop, traditional pow wow drums and vocals, blended with edgy electronic music production styles. The crew has performed high profile festival dates at Coachella, Bonnaroo, AfroPunk, Osheaga, and New Orleans Jazz Fest to list a few. Learn more.

Rhythmic Circus: Red and Green | December 5, 2017 at 7:30PM
Rhythmic Circus presents a brand new holiday experience. Combining their signature style of rapid-fire tap with music you know and love, this show leaves audiences excited with the joy of the holiday spirit! Learn more.

An Evening with Tony Kushner | April 5, 2018 at 7:30PM
On-stage discussion with Pulitzer-Prize winning playwright and author of Angels in America and Caroline, or Change, and screenwriter of movies Munich and Lincoln.  Kushner gives voice to characters who have been rendered powerless by the forces of circumstance — a drag queen dying of AIDS, an uneducated Southern maid, contemporary Afghans — and his attempt to see all sides of their predicament has a sly subversiveness. Learn more.

Tarocco: A Soldier’s Tale | August 25, 2016 at 7:30PM
An original production from The Fox & Beggar Theater in Asheville, N.C. Co-produced with Arts and Cultural Events at WCU. A mesmerizing fusion of circus arts, dance, live music, and lushly animated video to tell the story of an Italian WWI soldier trapped behind enemy lines. Learn more.

Tzakbu | September 30, 2016 at 7:30PM
An experience not to be missed, TZAKBU will transport attendees to the ancient Mayan Jungle, with a vibrant soundtrack from start to nish. Live music, dance, rituals, and magni cent costumes recreate priests, servants, warriors, and rulers in a fascinating performance full of colors, aromas, and ambiance. Asheville Sister Cities Inc. and Palenque Rojo Productions are proud to present the theatrical performance of TZAKBU, featuring actors from Chiapas, Mexico. Learn more.

Shana Tucker | Friday, November 11, 2016
Currently a resident musician with Cirque du Soleil in Las Vegas, cellist/ singer- songwriter Shana Tucker delivers a unique voice through her self-described genre of ChamberSoulTM. With a deep respect for lyrical storytelling, Shana’s melodies weave jazz, classical, soulful folk, acoustic pop and a touch of sassy R&B into a distinctive rhythmic tapestry. She has opened for such artists as Norah Jones, the Blind Boys of Alabama and Lisa Fischer. Learn more.

Rhonda Vincent and The Rage | February 24, 2016 at 7:30pm
World-class musicians, and an award-winning voice seamlessly set the stage for a one-of-a-kind, must see performance that reaches beyond the boundaries of bluegrass music. Rhonda Vincent is known as a powerhouse of entertainment who has been awarded the title from the Society for the Preservation of Bluegrass Music as "Entertainer of the Year" for 15 years,   "Female Vocalist of the Year for over 20 years." Learn more.

The Nile Project | March 13, 2017 at 7:30PM
From its debut concert, captured live on the 2013 release entitled ASWAN, it was clear that the Nile Project was something completely new. National Public Radio named the recording one of five “Must Hear International Albums.” Fast forward a few years - through tours in Africa, Europe, the US and UAE - and almost all major media outlets agree that the Nile Project is much more than just a band. Learn more.

Artrageous | April 29, 2017 at 7:30PM
From the moment you enter the theatre lobby, the experience begins! In the theatre performance giant artworks jump to life with amazing speed unveiling larger than life art in just moments. You will enjoy a continued interaction with the performers as they leave the theatre. Learn more.