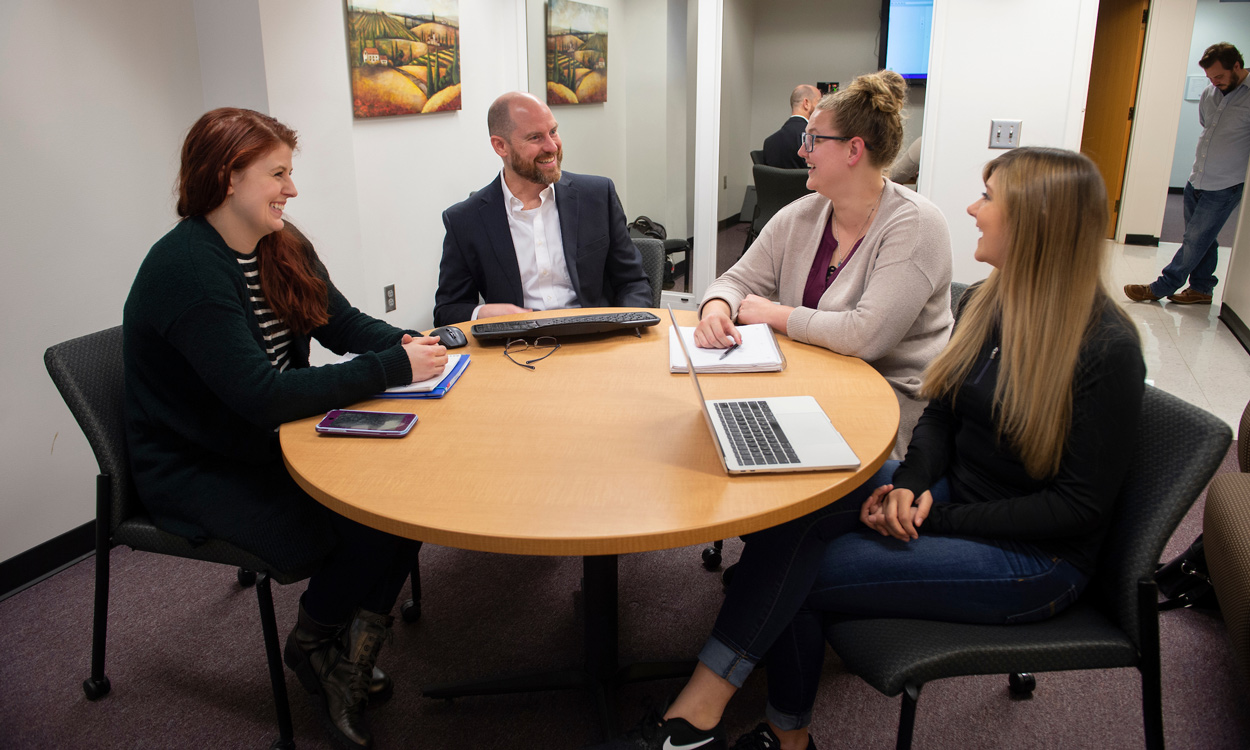 Jon Campbell, second from left, is director of WCU's Doctor of Psychology program.

The APA granted the program accreditation in clinical and school psychology on contingency, meaning the program must provide outcome data for students in the program and program graduates within three years of receiving this status. APA is the only organization authorized by the U.S. Department of Education to accredit doctoral-level professional psychology programs.

“It’s a major milestone for the program,” said Jon Campbell, director of the Doctor of Psychology program. “Basically, what accreditation communicates to the public is that our program meets the professional and scientific standards that are set forth by the American Psychological Association. That’s a big deal.”

The process for accreditation began in October of 2020 when WCU submitted a self-study. Eventually, that was followed up by a site visit, followed by a vote by the commission on accreditation.

The groundwork for WCU’s Doctor of Psychology program began about a decade ago when faculty members David McCord, Candace Boan-Lenzo, Kia Asberg, Alvin Malesky, David Solomon and Lori Unruh submitted a proposal and put together the curriculum, Campbell said.

“Achieving APA accreditation is one of the final milestones for our PsyD program,” said Kim Winter, dean of WCU’s College of Education and Allied Professions. “This achievement substantiates the fact that we are preparing students to provide outstanding, evidence-based clinical service to ensure the well-being of the public.

“Earning this accreditation is a testament to the hard work of our students, support from the WCU community and years of dedicated planning and implementation by our faculty. We can proudly say that students have a better level of developed skills and are more prepared for licensure because of our comprehensive program.”

The initial class in the fall of 2019 consisted of five students. Three of those are currently completing their required yearlong internship in order to be eligible for initial licensure. Heather Styles is interning in Omaha, Nebraska with the Nebraska Internship Consortium in Professional Psychology – Boys Town; Rebecca Daniel is interning with the University of Texas Health Center in Tyler, Texas; and Alyssa Raggio is interning in Cullowhee at WCU’s Counseling and Psychological Services.

This year WCU will submit more than 20 students into the program, Campbell said.

“I’m really happy for our students, particularly the ones that we admitted in fall of 2019 because they accepted an offer to a program that was not accredited,” Campbell said. “They were taking a leap of faith in many ways. But we did it. It’s paid off for them.”

For more information on the Doctor of Psychology program, contact Campbell at jmcampbell@wcu.edu.

AcademicsGraduate SchoolCollege of Education and Allied ProfessionsAwards and Recognition
Share 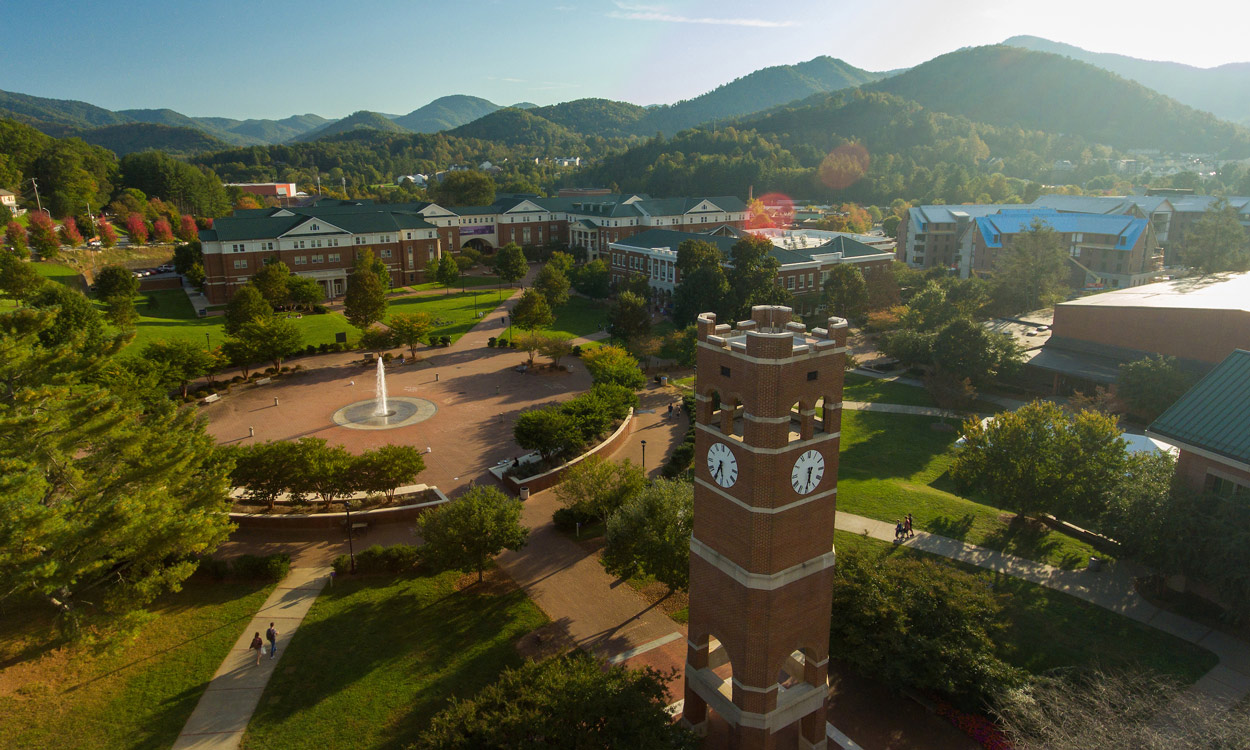 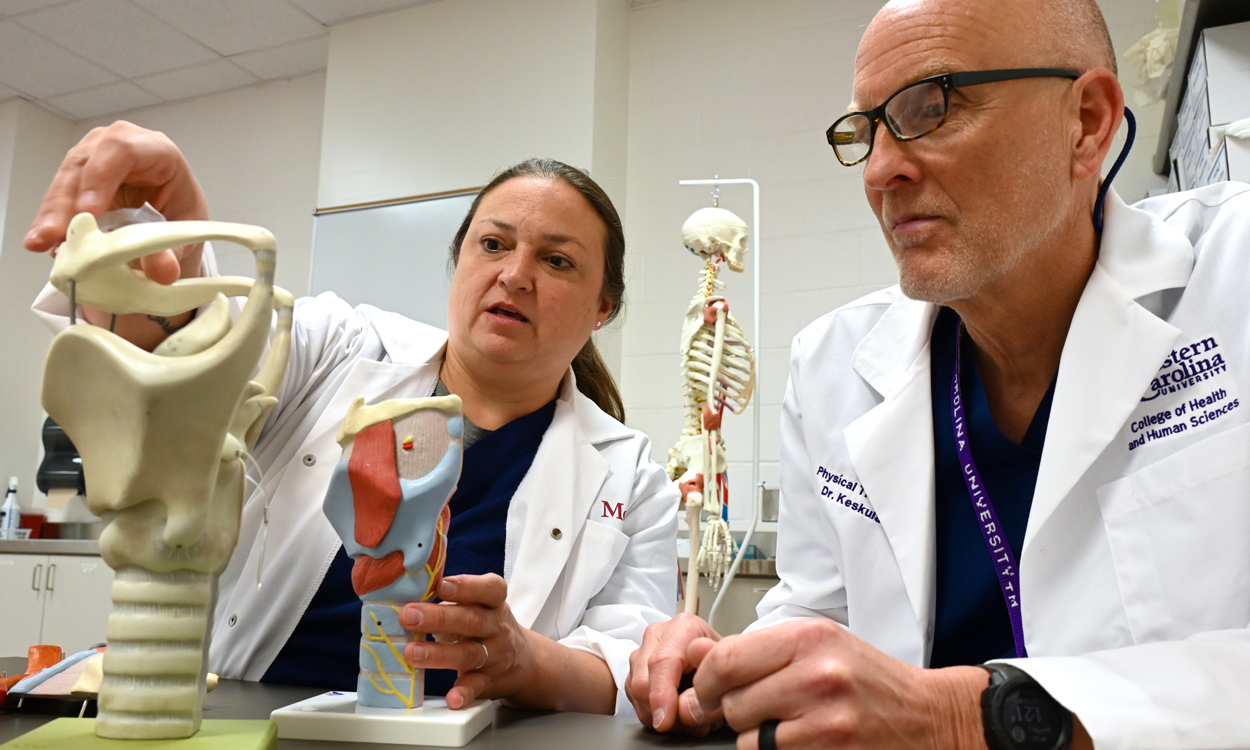