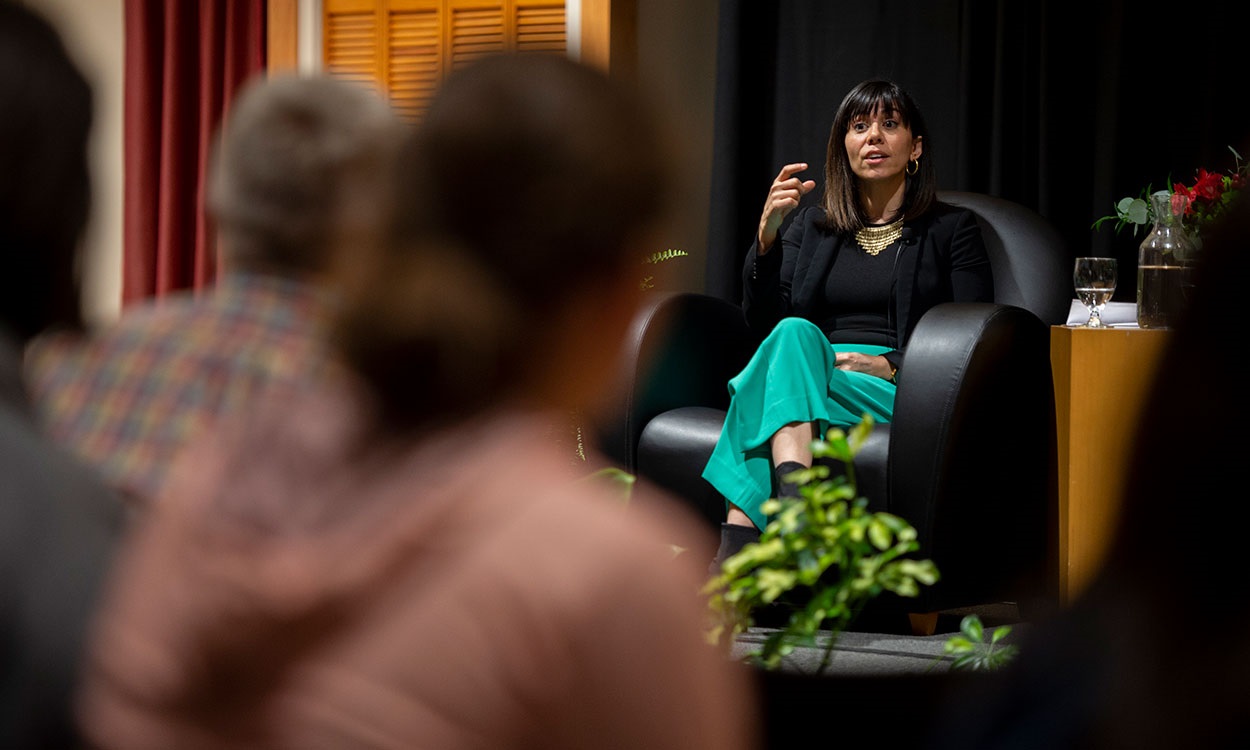 Cristina Henríquez told the audience that her love of writing began with a youthful infatuation with a boy, who gave her a journal to record her feelings rather than bothering him by speaking about them.

She was the opening guest for the university’s 17th annual Spring Literary Festival.

She is the author of this academic year’s One Book selection ― an opportunity for students, faculty and staff to share a common intellectual experience ― with the breakout novel “The Book of Unknown Americans,” named a New York Times Notable Book and one of Amazon’s 10 Best Books of the Year.

And she was the final presenter for this year’s Distinguished Speaker Series.

“The Book of Unknown Americans” tells the story of immigrants Alma and Arturo Rivera and their daughter Maribel, and their neighbors Rafael and Cecilia Toro and their son Mayor, with their stories usually centered in an apartment complex as life unfolds with an honest telling of emotions, love, cultures and collective understanding.

With more than 200 people in attendance at A.K. Hinds University Center for a question-and-answer session with English Department lecturer Melissa Birkhofer, Henríquez stressed the novel is about immigrants, not immigration.

“I put the setting in Delaware originally because I was born there and I wanted a place I felt connected to,” she said. As the manuscript developed and went through revisions, she kept the setting because of its value as a place not seen as typical for the characters who inhabit it.

“But this is an American story. I wanted a place where no one would assume there was a sizable immigrant population, like Texas or Los Angles, or New York. But in reality, there is,” Henríquez said. 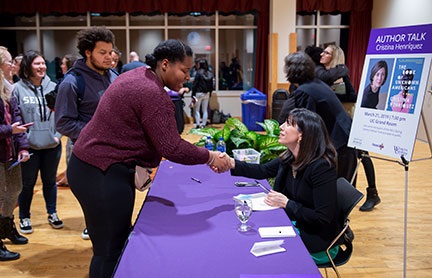 OK, so make it four roles. Her personal story and the novel’s plot development align with the goals of “Defining America,” this year’s campus learning theme in which the WCU community is examining the individuals, places and things that make up this country. But largely she spoke as a writer and how she related to her craft.

“When you read a piece of fiction, or when you read a book, part of what it’s doing is requiring something of you,” she said. “It is not passive; it’s a very active endeavor. What it requires is that you bring your imagination to the page. And when you do that you are practicing a skill – to be able to imagine other people’s lives from the little bit of information that has been given to you, to be able to fill in those details. If you can transfer that skill to your life, if you can practice that skill, then the next time you are in a room with someone it seems really different.”

Henríquez is currently working on another novel, and would only divulge that she is excited about it. She is the author of “The World in Half” and “Come Together, Fall Apart: A Novella and Stories,” with nonfiction published in the New Yorker, The New York Times Magazine, Wall Street Journal and Oxford American.

The final festival events on Thursday, March 28, are nonfiction writer Bryant Simon, author of “The Hamlet Fire: A Tragic Story of Cheap Food” and other award-winning commentary, at 4 p.m. in the UC theater, and Pulitzer Prize-winner Marilynne Robinson, author of the best-selling novels “Housekeeping,” “Home” and “Gilead,” at 7:30 p.m. in the UC Grandroom.

For more information about the festival, visit litfestival.org or contact WCU’s English Department at 828-227-7264. 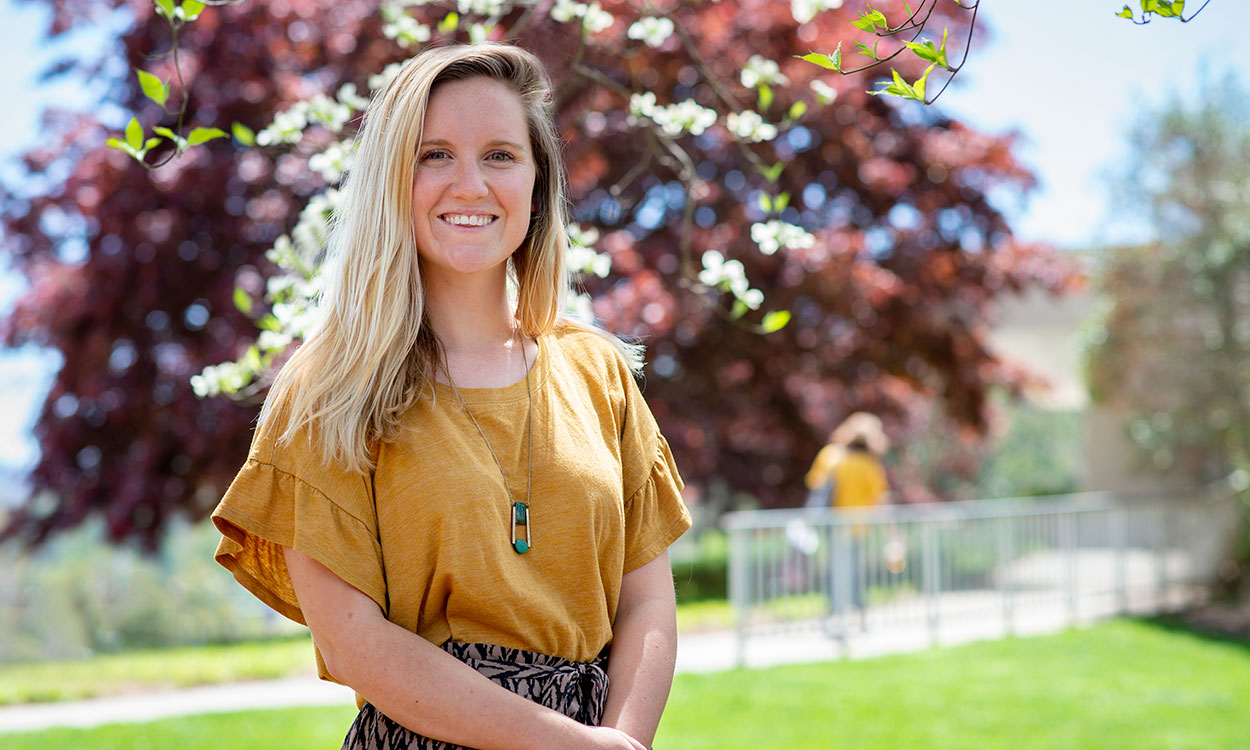 She learned sign language as a middle schooler, now she’s a Fulbright scholar