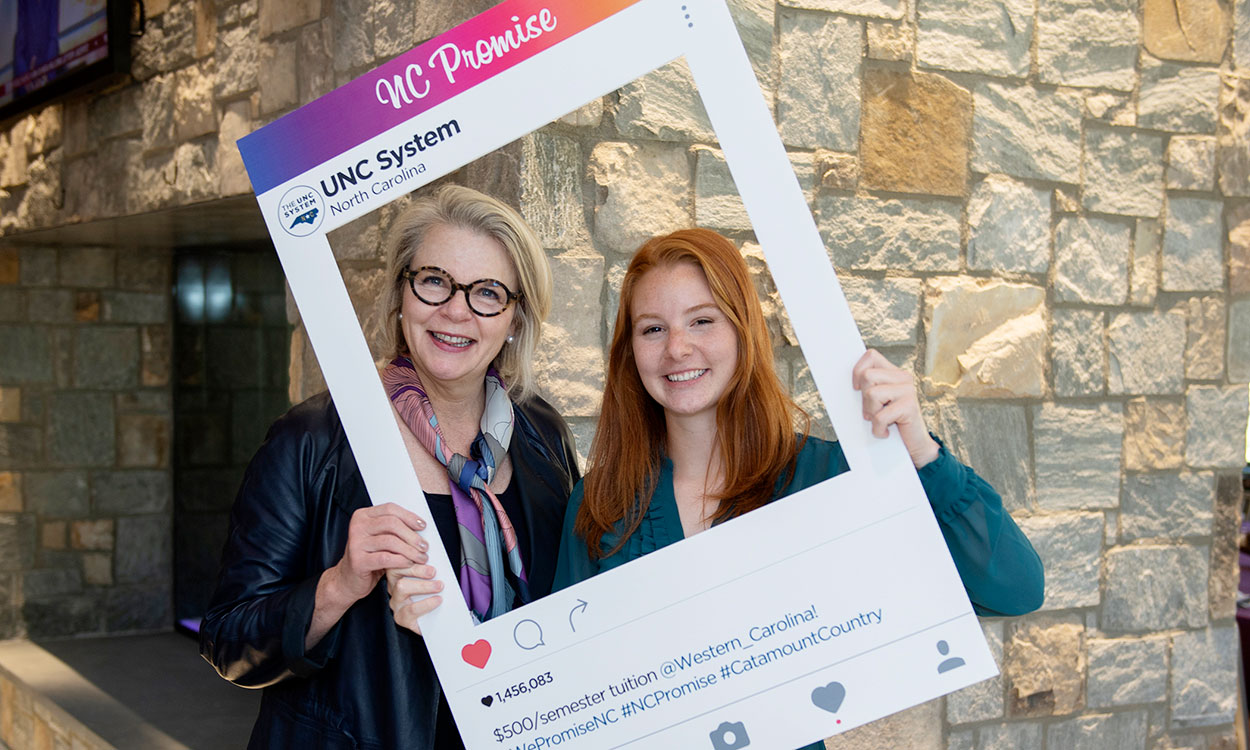 University of North Carolina System President Margaret Spellings heard directly from some Western Carolina University students who are benefiting from NC Promise, the new program that dramatically reduces the cost of tuition at WCU and two other UNC institutions, during a campus visit Wednesday, Oct. 24.

Spellings stopped at WCU as part of a statewide tour to promote the We Promise campaign, which also includes a program that holds tuition at a fixed cost for four consecutive years of continuous enrollment at UNC institutions, after a system study found only 14 percent of North Carolinians knew about NC Promise.

“The reason I’m here is to empower everybody here and everyone who is in range to spread the word about NC Promise because it makes freshman enrollment possible,” she said. “We’re also so encouraged that our transfer students are up between 40 and 60 percent. These are people we know are motivated to go to college in the first place and who are now saying, ‘Man, it’s time. I can complete my degree. I can really make this attainable.’”

Before Spellings addressed students and officials gathered in a study room of Noble Hall, WCU Student Government Association President Matt Opinski shared results of a WCU freshman class survey indicating that 83 percent of respondents said affordability was either the single most important factor or a large factor in deciding where to go to college. Perhaps even more telling, for respondents eligible for Pell Grants, a significant indicator of financial need, 87 percent called affordability a deciding or large factor in their decision, while 30 percent indicated they would not have attended any college or university without the reduced tuition cost offered by NC Promise, Opinski said.

Opinski told Spellings that, as a first-generation college student from a low-income family, he relies 100 percent on financial aid for his academic and living expenses. “I speak genuinely when I tell you it is a miracle I have the opportunity to be here,” he said. “It’s not always rainbows and butterflies for many of us students. The reality is that many of us battle with financial insecurity every day. Metaphorically speaking, NC Promise is that life preserver thrown overboard enabling us to stay afloat and get back to safety. NC Promise gives emerging leaders who once slipped through the cracks the opportunity to be great leaders. Mark my words, some of the greatest leaders in our future society will come out of NC Promise, and that is something worth investing in.” 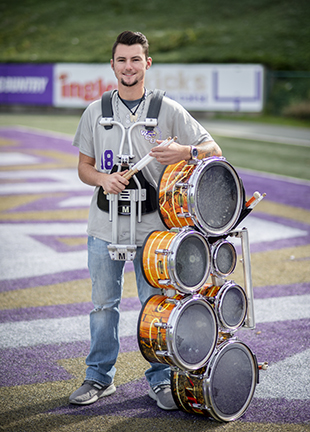 Noah Crawford, a freshman from Rutherfordton majoring in construction management, told Spellings he had no idea at this time last year he would be a student at WCU and a member of the Pride of the Mountains Marching Band. Crawford said his goal after high school was to work in a trade profession and make enough money to put gas in his car and change the oil and tires when necessary without asking his parents for assistance.

“My parents didn’t go to college, and it was really not an option for me,” said Crawford, who credited his high school band director with pushing him to consider WCU because the university has an acclaimed marching band and program in construction management. “When I looked into it more, I found out about NC Promise, and that really helped me make up my mind. Five hundred dollars for tuition is incredible. It’s really the only reason I’m here. It made it possible for me to come here,” he said. “I just want to say thank you from the bottom of my heart to the ones who made this possible and for opening up such an incredible opportunity for me. You’ve changed my life forever.”

Marcy Sammons, a first-generation college student from Gastonia majoring in marketing, is among the more than 1,000 new transfer students enrolled at WCU this fall. Sammons said she considered attending WCU after graduating high school, but was worried about student debt, so she decided to stay home and attend Gaston College, a community college in the town of Dallas.

“Last year, I started looking around and debating whether I could afford to go ahead and transfer somewhere to get my four-year degree, or if I needed to take a year off, work and save up some money. That’s when some friends who were attending WCU told me about NC Promise. That was like a dream come true, and it was definitely the ‘yes’ for me,” said Sammons. “It allows me to be more secure as I go into my senior year next year and I don’t have to stop and think, ‘Oh, wow, how am I going to pay for this now that I’ve made it this far.” 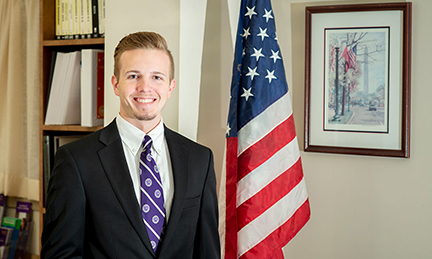 Another new transfer student, Gabriel Pope, a junior from Raleigh majoring in political science, said he always planned to transfer to a UNC institution after completing his first two years at a community college; he just did not know that it would be in the mountains of Western North Carolina.

“When I found out about NC Promise, I decided to come out and take a tour, and I was honestly surprised. I thought at first that the lower tuition would mean the university would have less resources and wouldn’t be as high quality. What I didn’t understand at the time was that the state of North Carolina was going to be covering the difference,” said Pope, who transferred from Wake Technical Community College.

“What I found at WCU was the quality education I wanted at a lower cost, as well as a welcoming campus that is very comfortable. The reason cost is so important to me is because I want to go on to law school and eventually go into politics,” he said. “I am trying to keep debt down as low as so I can afford to continue my education.”

WCU Interim Chancellor Alison Morrison-Shetlar expressed appreciation to the members of the North Carolina General Assembly for enacting the NC Promise plan as part of budget legislation approved in 2016, pointing out that each of the 10,027 undergraduate students currently enrolled at Western Carolina University this year is realizing tremendous savings in the cost of obtaining an education.

“Those elected officials who championed this enormous investment in higher education in our state set out to make a four-year degree available to every deserving student who decided to pursue it,” Morrison-Shetlar said. “Their vision has become a reality. Today, students at WCU are seeing the benefits of this incredible investment. NC Promise has opened doors, it has reduced debt and it has made a college degree possible for so many students.”

Following the meeting with students, Spellings strolled across campus to visit the campus early voting station in A.K. Hinds University Center. Work by members of the WCU Student Democracy Coalition to increase voting has been recognized by the American Association of State Colleges and Universities as worthy of its Civic Learning and Community Engagement Award. The award will be presented later this month at a meeting in Washington, D.C. 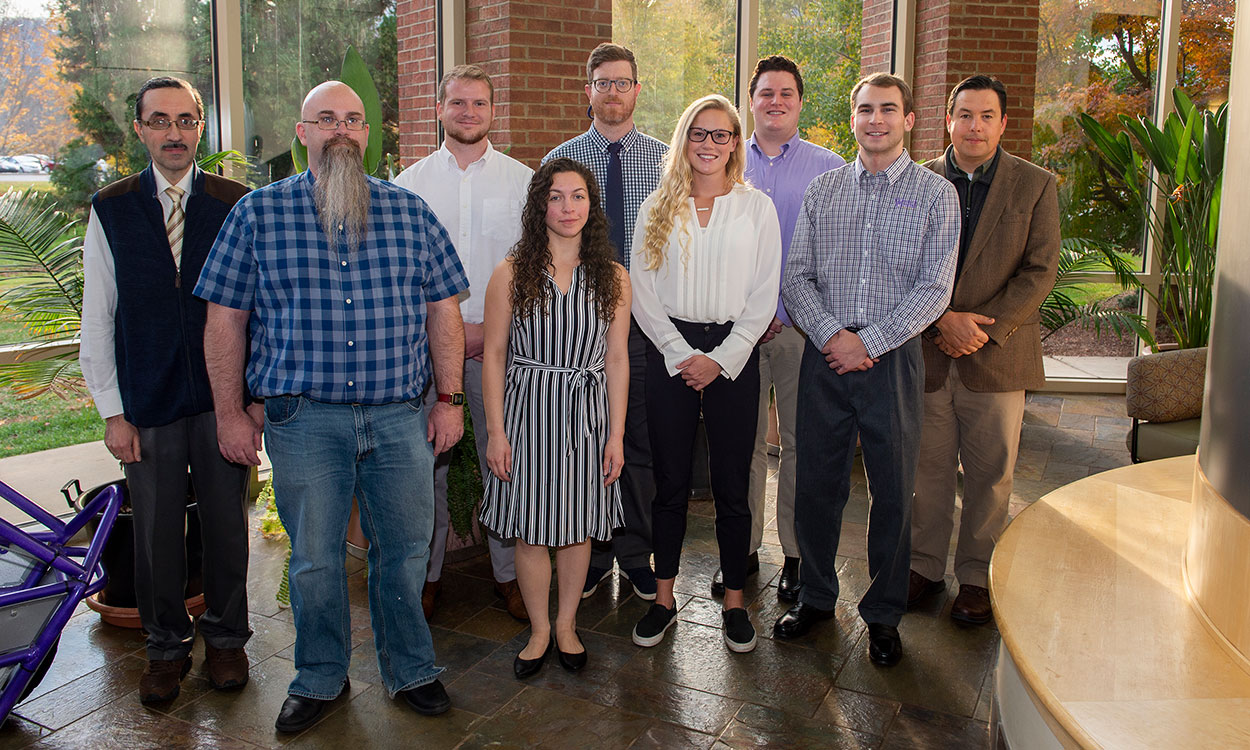