Persistence leads to Hendersonville native being elected president of SGA 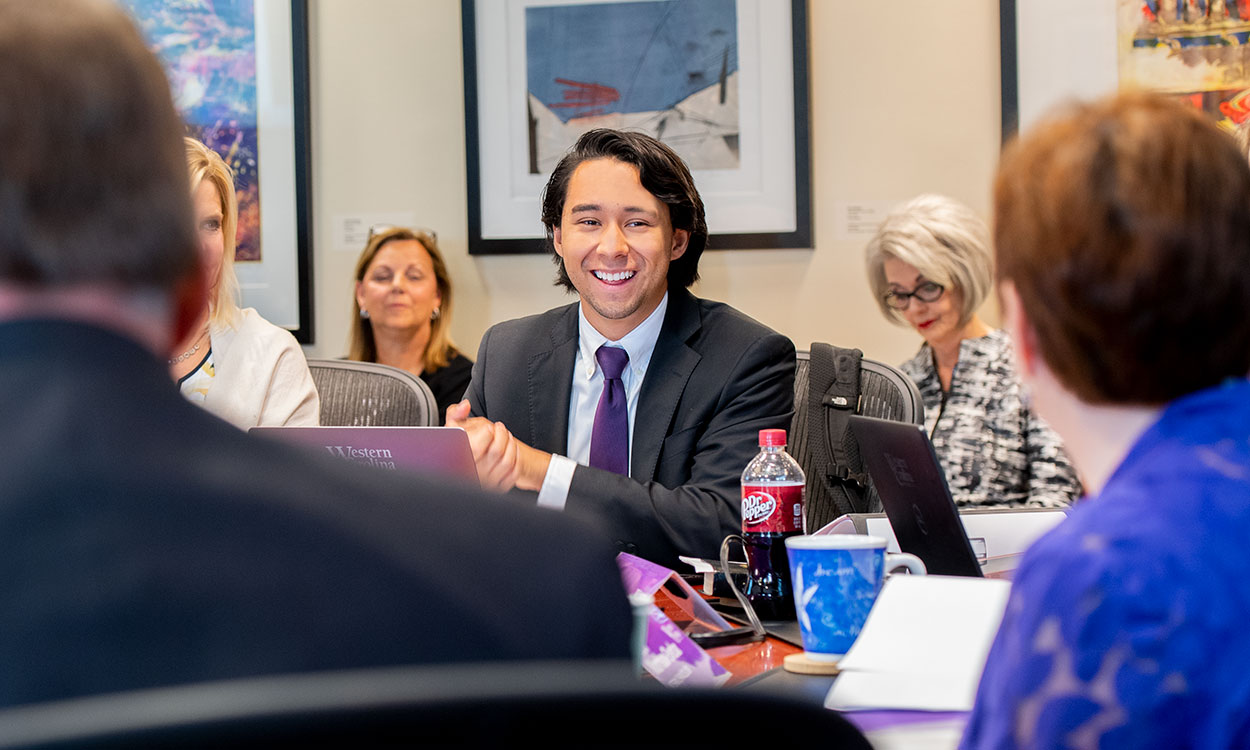 Junior David Rhode was elected as the new Student Government Association president for 2019-20.

After numerous failed attempts while running for student body president in middle school and high school – seven to be exact – the Hendersonville native experienced what it’s like to come out on top in April when he was elected WCU’s Student Government Association president for the 2019-20 academic year.

“Once I knew I had officially won and the official email when out, it was a mixture of happiness, stress and shock,” Rhode said. “If at first you don’t succeed, try, try again. I took that to heart. It was really humbling to win such a large position on my ninth try. I was senior class vice president (at Hendersonville High School), and then winning this one. It was nice to finally be allowed the opportunity to represent and lead.”

Rhode edged out three other candidates and was sworn in as an ex-officio member of the WCU Board of Trustees on Friday, June 7. It’s been a whirlwind month for Rhode, who, after completing finals, participated in the Association of Student Government training for student body presidents.

“Everything changed with an email,” Rhode said of learning he won the election. “I became very stressed, both good and bad. Knowing you won an election, then it was, ‘We’ve got to put the pedal to the metal in terms of finals and grades.’ I finished strong.”

Rhode said he has had a passion for public service since elementary school. As SGA president, his priority is to work for the students.

One of his main agenda items is to provide better lighting in and around campus, with the primary location being the pedestrian bridge that goes over N.C. Highway 107.

“This is by no means Western’s fault,” Rhode said. “This is a North Carolina Department of Transportation issue. It doesn’t have any lights at night. There’s lights on each end, but the actual bridge itself is not lit. I’m working with the Western administration to work with the DOT to see what we can do about that. It’s a project, but it’s campus safety, making sure that all of our Catamounts feel at home. I can’t make them feel at home if they don’t feel safe.”

With the coming year’s campus learning theme being “Sustainability and the Environment,” an issue Rhode would like to see the university address is replacing aging vehicles in its motor fleet with electric vehicles as a means of divesting from fossil fuel use. He said school officials have been receptive to the idea in preliminary talks.

Finally, Rhode would like to see a rise in school spirit among students.

Rhode, a Colombian-American, is double majoring in business administration/pre-law and political science, with double minors in finance and construction management. One fun fact he pointed out is that he is not WCU’s first Colombian-American SGA president. That honor went to Catherine Spalding, who was SGA president in 2017-18. 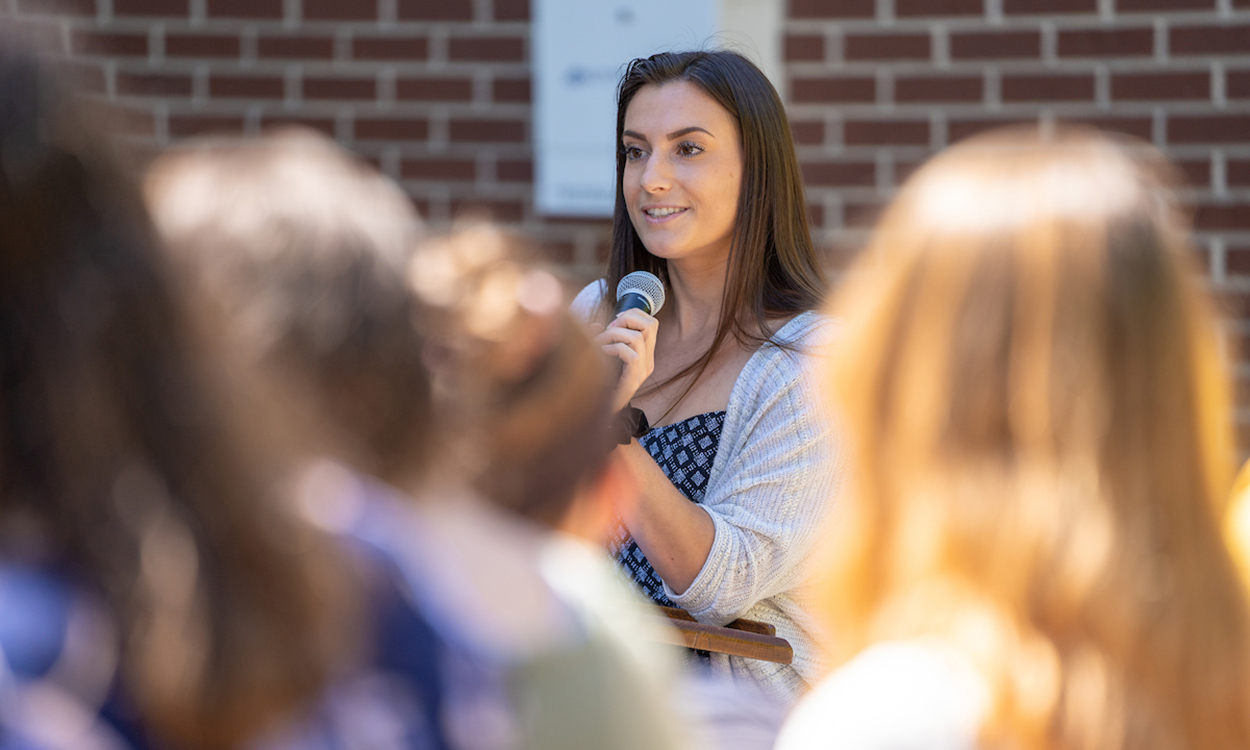 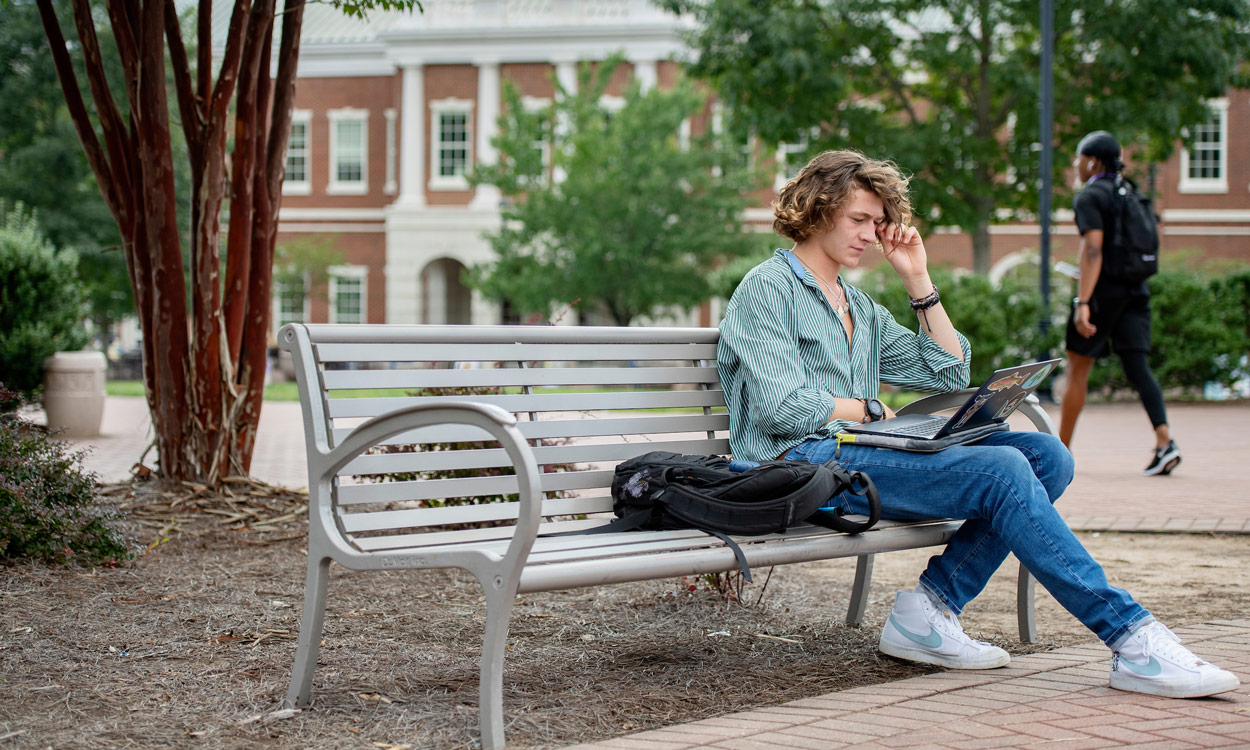