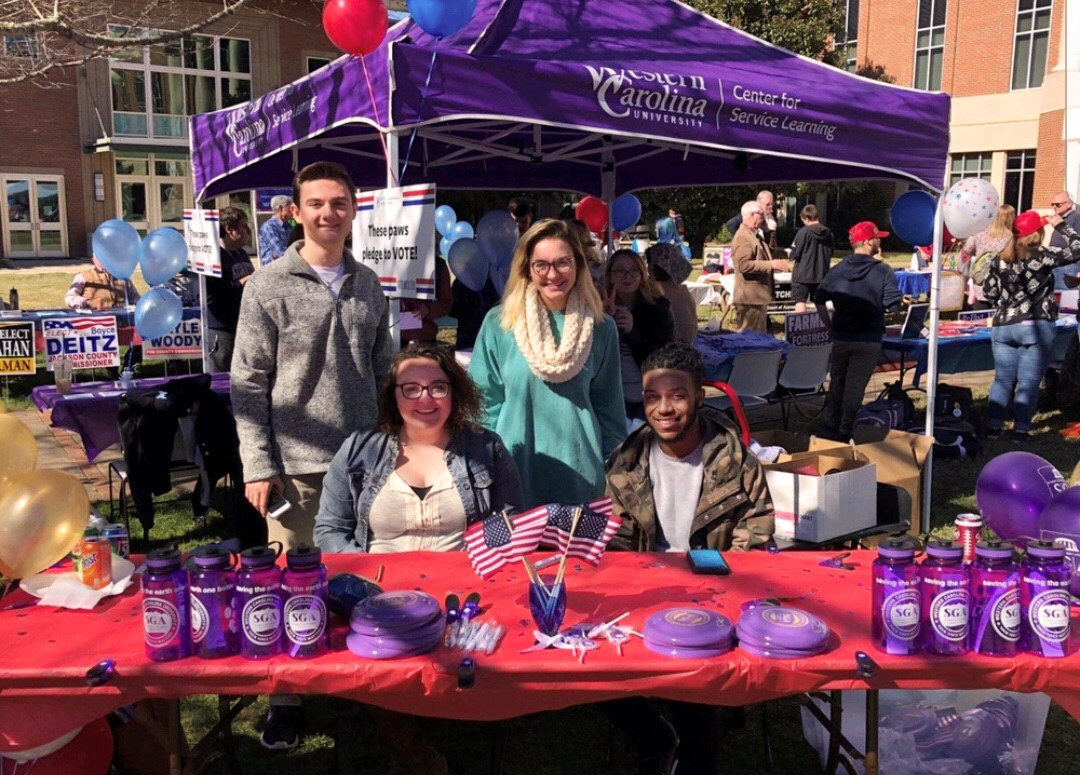 The dedicated students of the Student Government Association (SGA) are elected or appointed to advocate, represent, and serve all students of WCU. SGA voices student interests and needs to administration in efforts on improvements to campus life.

The Executive Branch, "Executive Council", serves as the administrative arm of SGA. It is comprised of the Study Body President, Student Body Vice President, Chief Justice, and other members appointed at the discretion of the President.

The Legislative Branch, "Student Senate", serves as the body for drafting, completing, and voting on motions/proposals intended to be in the best interest of students. It is comprised of the Student Body Vice President, President Pro Tempore of the Senate, Clerk of the Senate, and Parliamentarian.

Got a ticket? Students who receive a citation may appeal it within seven days of receipt to Traffic Court. Court meets on a weekly basis except during breaks. For questions about the process, email SGA TRAFFIC.
appeal a citation

Let us know what you think!

Check out resolutions, minutes, and constitution!