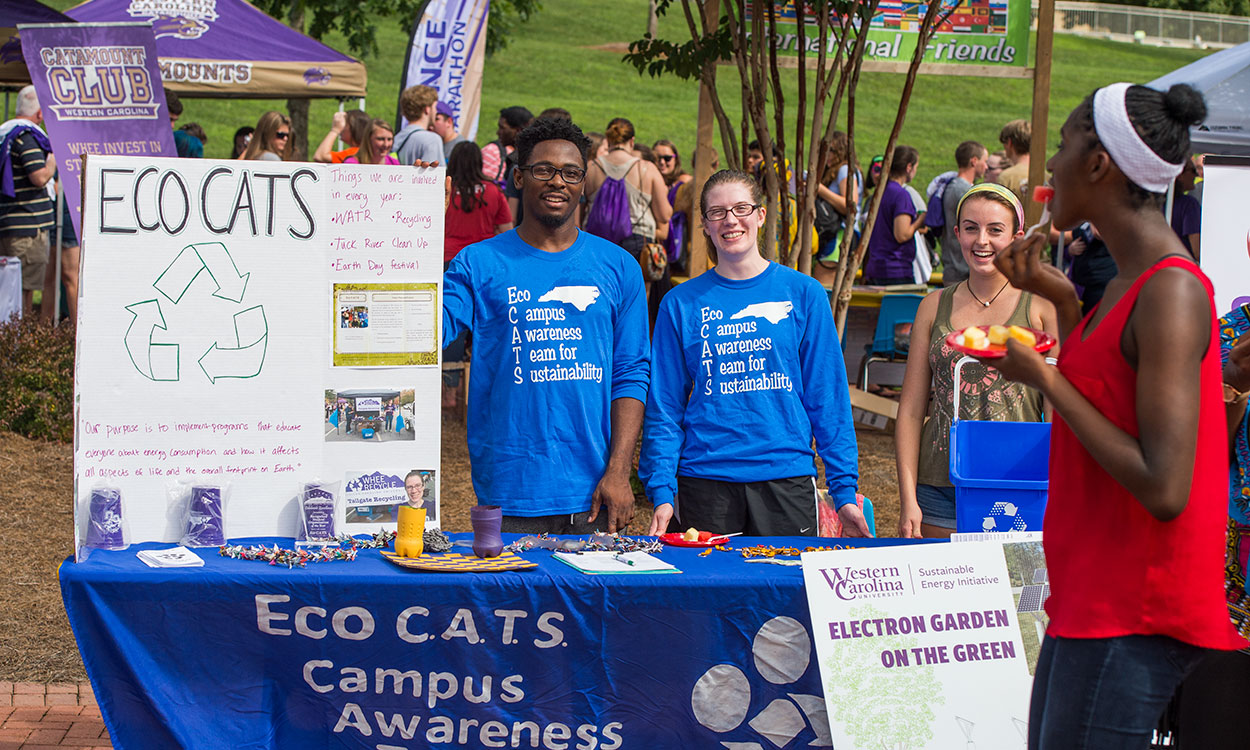 Part of recycling and sustainability success is communication about shared responsibility, say members of the Eco CATS.

For the eighth consecutive year, Western Carolina University has been listed by The Princeton Review as one of the most environmentally responsible colleges in North America.

The university is included in the educational services company (not affiliated with Princeton University) publication “Guide to 399 Green Colleges.”

WCU has gained the repeated recognition in part through its multitiered, comprehensive approach to recycling and wise energy use, led by the Office of Sustainability and Energy Management and the university’s Sustainable Energy Initiative, a committee comprised of students, faculty and staff advisers working toward implementation of renewable energy, energy efficiency improvements, research and campus internships.

“I credit the involvement of students, faculty and staff in recycling efforts and a commitment to heightened ecological goals for this and any other recognition we receive,” said Lauren Bishop, WCU’s chief sustainability officer.

In the past year, WCU has become a part of Carolina Airkeepers, a citizen scientist network of the Clean Air Carolina advocacy group, with air quality monitors installed at the Health and Human Sciences Building on the Cullowhee campus and at the Highlands Biological Station in Highlands to detect weather fluctuations and particle pollution in the region. The data is used for both research and providing real-time information to the public.

Also, as buildings across campus undergo renovation or demolition to make way for new construction, materials and fixtures are recycled or repurposed as a means of preventing them from ending up in landfills. WCU is able to recapture a small profit from some metals, while some movable non-fixture items have been donated to local organizations.

Bishop said David King, WCU’s energy manager, had done a phenomenal job working behind the scenes to make sure buildings are working as efficiently and effectively as possible.

“He led a building re-tuning and scheduling effort at the Health and Human Sciences Building that resulted in reduced energy usage by 21 percent,” she said. “This equaled 400,000 kilowatt hours, which is the equivalent to adding $250,000 of solar panels to generate the same amount of electricity. It also reduced air conditioning starts by 77 percent, which increases the life of our mechanical equipment. He spent countless hours working with mechanical systems at Brown Hall, which helped identify and address issues within the one-year warranty period. Now it exceeds Energy Star qualifications by almost 20 percent and was certified LEED Gold.”

As ranked by RecycleMania, a national waste reduction and recycling competition among colleges and universities, WCU was 8th in recycling per person and fifth in total recycling among North Carolina colleges, and No. 1 in food waste and No. 2 in cardboard and paper in 2018. Thanks in part to efforts by the student group Conservation Awareness Team for Sustainability, better known on campus as the Eco CATS, the university’s recycling volume has increased by 85 percent in the past five years, while energy usage has been reduced by 42 percent in the past 15 years.

“In the last year, our landfill waste only increased by five tons over the previous year, while we captured 95 additional tons of recyclables,” said Jeff White, WCU’s recycling coordinator, who has helped place 167 additional indoor recycling bins on campus since September 2016. “This is gratifying, considering our enrollment growth and increase in dining options and consumables available on campus,” he said. “We also recognize the hard work by maintenance, grounds and housekeeping crews. There would be no recycling and waste collection without them.”

WCU has been recognized as a “green college” by The Princeton Review since 2010 and received the N.C Department of Environmental Leadership Award in 2012 and 2016. For more information about WCU’s sustainability initiatives, contact Bishop at lbishop@wcu.edu or 828-227-3562. 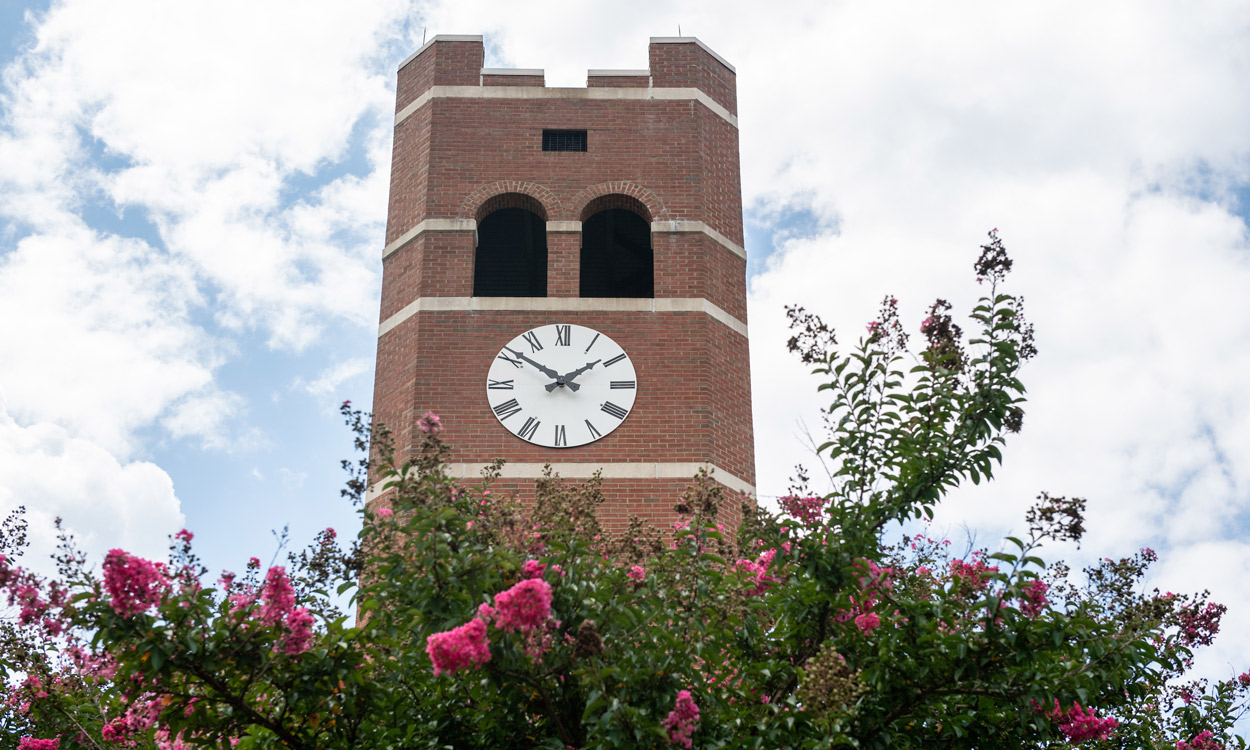