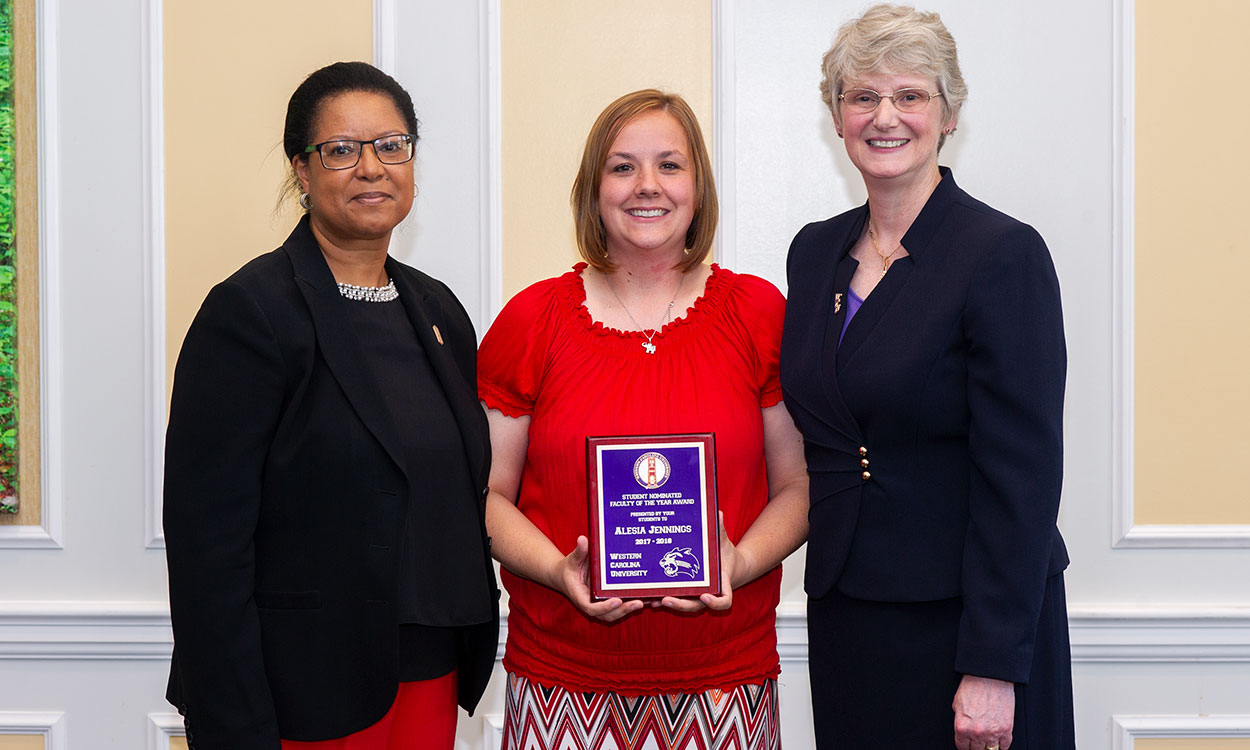 A Western Carolina University faculty member who was announced recipient of the university’s Student-Nominated Faculty of the Year Award last spring will present her traditional “last lecture” at 5 p.m. Thursday, Nov. 15, in the theater of A.K. Hinds University Center.

Alesia Jennings, an instructor in chemistry, received the award at the annual Faculty and Staff Excellence Awards program last April. The recipient of the honor, formerly known as the “Last Lecture Award,” shares words he or she would present if it was the final lecture he or she had a chance to give.

The Student-Nominated Faculty of the Year Award is the only campus award for faculty with the recipient selected entirely by students.

Jennings received her doctorate in chemistry at the University of Akron in 2009 and joined the WCU faculty in 2014.

A reception will be held following Jennings’ lecture.