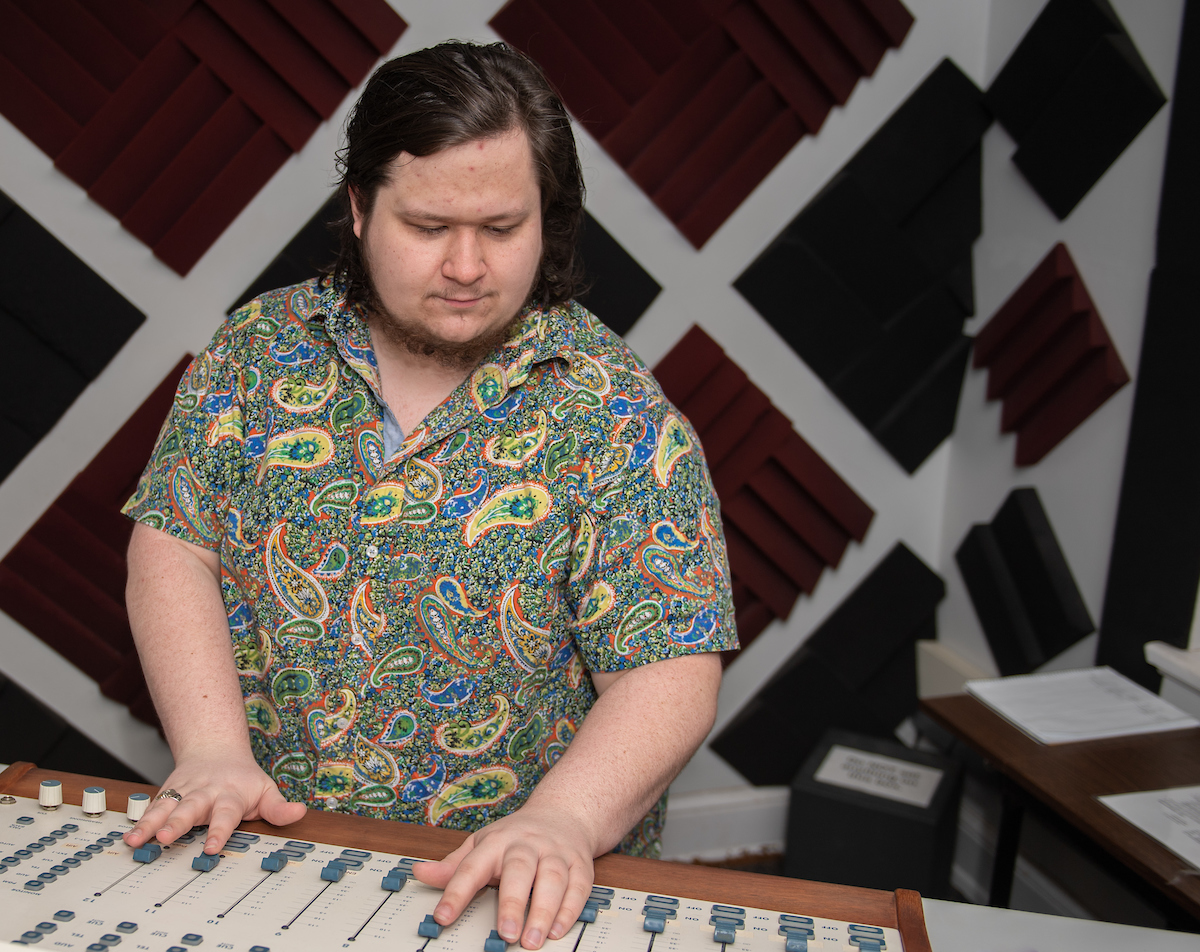 Finding A Voice Through Radio

He entered Western Carolina University in 2018 as Grayson Epperson, the newbie from Lincolnton, who knew no one on campus. He leaves it in May, when he graduates, as G-Ray, the late-night host of his own radio show with an international following.

Not bad for a psychology major with no previous broadcast experience.

Epperson has made the most of his three years at WCU in a way he never had imagined: working at WWCU FM, the university’s radio station at 95.3. He knew nothing about radio broadcasting when he stopped by the station’s booth during Valley Ballyhoo his first semester and struck up a conversation with General Manager Lyndan Jones and Austin Page, the program coordinator at the time. They urged him to work at the station as a way to get involved on campus.

“I was like, ‘I have no experience, but I’m down,’ and then I had my first show and Lyndan was like, ‘You’re great at this, you should do the sports production.’ Then I got hired as a sports producer,” Epperson said, which meant working for the athletic department as the Catamount Sports Network studio producer for WWCU and other commercial stations taking the CSN programming.

Epperson said the experience helped him find his place at WCU. “It really helped me get out of my bubble. There’s an issue when you come to college if you don’t come with friends, you know nobody, and you go into all of these classes and see all of these faces staring back at you. It’s hard to find like-minded people when you have no base to talk to them.”

But Epperson could talk music, especially rock and roll from the 1970s and ’80s, which he had grown up listening to on a radio he kept in his bedroom. When he decided to host his own show, he went with what he knew and launched “G-Ray’s Late-Night Throwbacks.” It aired Tuesdays from 10 p.m. to midnight for three semesters until COVID-19 restrictions put it and other student-produced programming on hiatus. But by then, the show had found its feet and had gained an international audience. “One time I got a message from Lyndan during one of my shows and a listener from Colombia (South America) had messaged her and said, ‘I love G-Ray’s Late-Night Throwbacks. Please keep it on.’”

Epperson also enjoyed access the station gave him to campus activities and events, such as when the university dedicated a new residence hall to Levern Hamlin Allen, the first African American student to attend WCU. He ran the board at the station while Jones conducted the live interview with Allen the day of the dedication. “That was pretty awesome,” he said.

Among his other duties as program coordinator, Epperson worked with volunteers – his favorite part of the job – training them and convincing them they have what it takes to do what he did: a radio show with no previous experience. Would he encourage other noncommunication majors to work at the station? Absolutely, he said. “My No.1 worry going in was my voice. I didn’t think my voice would translate well over the radio. There’s a psychological effect that when you hear your own voice you have a tendency not to like it. And I’d say if I had to tell anybody who was teetering on the edge, don’t worry about that,” he said.

As a psychology major, Epperson has appreciated his time at the station, but doesn’t see broadcasting as a full-time career. “I’ve been exposed to so many different career paths, but right now I want to be a child therapist,” he said. “As a kid I had some issues and I really just wanted and needed somebody to talk to. As I grew up, I learned about psychology and how you can become a therapist and help those people.”

"My time with WWCU has taught me flexibility more than anything. I like the idea of being a well-rounded individual…"

Epperson’s last day at WWCU was May 1, a day of mixed emotions for this self-described introvert. “I’m definitely sad about not being able to work at the station anymore. It was such an awesome experience with so many cool and interesting people and things to do,” he said.

Don Connelly, professor of communication and faculty adviser to WWCU, said the station’s unique policy that students, staff and faculty do not have to be communication majors to work there is what opened the door to students like Epperson. “Grayson was one of those students who got hooked on radio,” Connelly said. “He did an excellent job in both roles, and we are going to miss his presence in the station.”

What’s Epperson’s biggest takeaway from an experience he never expected to have? “My time with WWCU has taught me flexibility more than anything. I like the idea of being a well-rounded individual, and working at the station was truly unlike any job I’ve ever had.” 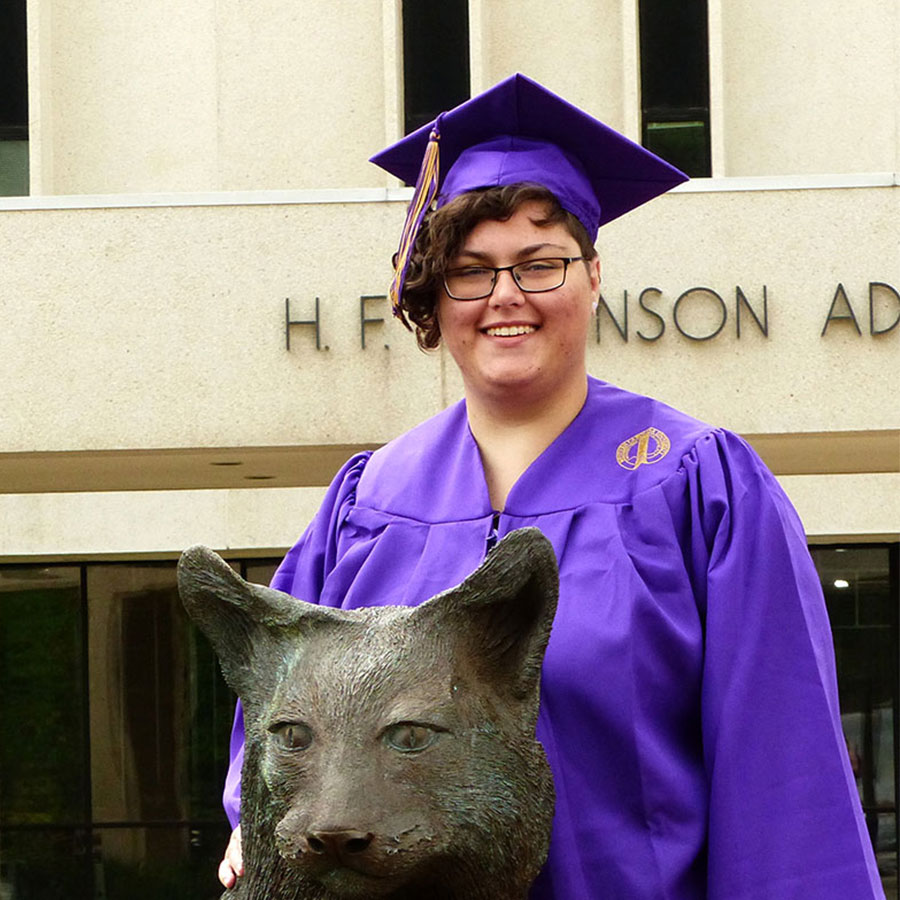