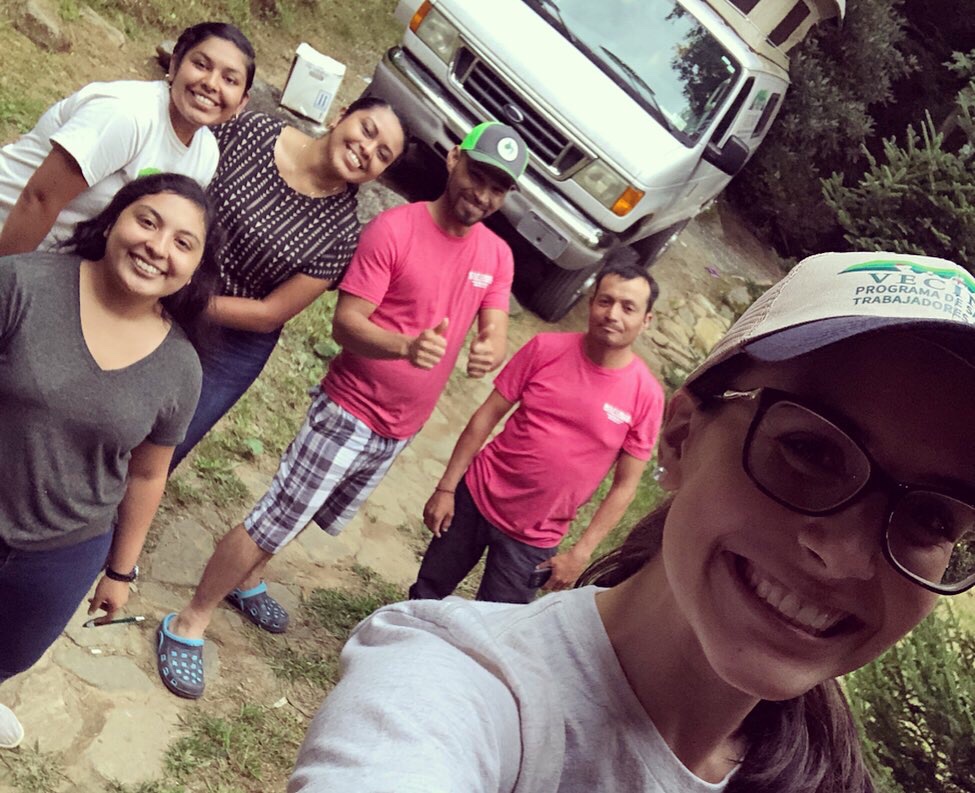 Annie Vasquez, a graduating senior with a Bachelor of Arts in Spanish, was drawn to Western Carolina University by its close-knit community and the importance the university places on every student. She knew that becoming a Catamount would mean that she would be more than just a number in a system, rather she would be valued as a person.

This value of people is something Vasquez cares a lot about and is ultimately what motivated her to complete an internship with Vecinos, a local non-profit organization that provides healthcare and resources to local migrant farmworkers. Her experience was so eye-opening that she was inspired to share them through the research project that she was to present at Western Carolina’s University’s Undergraduate Research Exposition, which was canceled due the restrictions on gatherings caused by the COVID-19 pandemic.

Vasquez experienced many things during her internship. While there were plenty of experiences she could’ve included in her research, three stood out to her as most pressing for the migrant farmworkers: poor housing conditions, unfair wages and limited access to healthcare.

“I always understood that these were three burdensome issues, but I didn’t realize it until I saw it. The first time I ever went to a farmworker camp where these farmworkers live and work every day; basically, my heart fell to my stomach because of how awful their housing conditions were.” 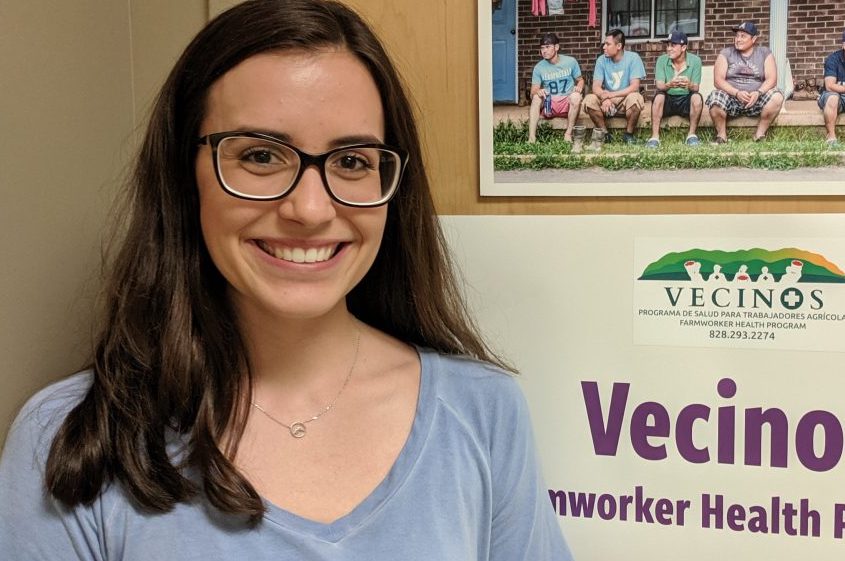 The farmworkers often lived in group housing. They often slept on twin bunk beds with only 50 square feet of sleeping space per person in their shared rooms. Toilets or outhouses were shared among 15 men, with a shower for every 10 men. To make matters worse, there was no air conditioning in the hot southern summers after 12-hour, or longer, work days in the fields and packing houses.

“It’s miserable in the summers in the South. A lot of them get off work, go home to no AC and get sick because they are overheated and become dehydrated.”

In her research, Vasquez addressed the unfair wages many migrant farmworkers face. She explained that the workers that pick sweet potatoes in North Carolina get paid 45 cents per 35-pound bucket. The average worker fills 15 buckets within an hour.

“That means they are getting nothing for so much heavy, burdensome work. It’s really unfair for the amount of work they are doing.”

Lastly, she shed light on the limited access to healthcare that many migrant workers experience. When talking about this topic, Vasquez shared a reality that could occur on any given day: A migrant worker, who is working in the field being exposed to dangerous pesticides, collapses. Without transportation, that worker is stuck with no way to get the medical help they need. Even if, by some chance, they made it to the hospital, the worker doesn’t know English and cannot explain what is happening. As unfortunate as this situation may be, it is a harsh reality many migrant workers face in this country, according to Vasquez. 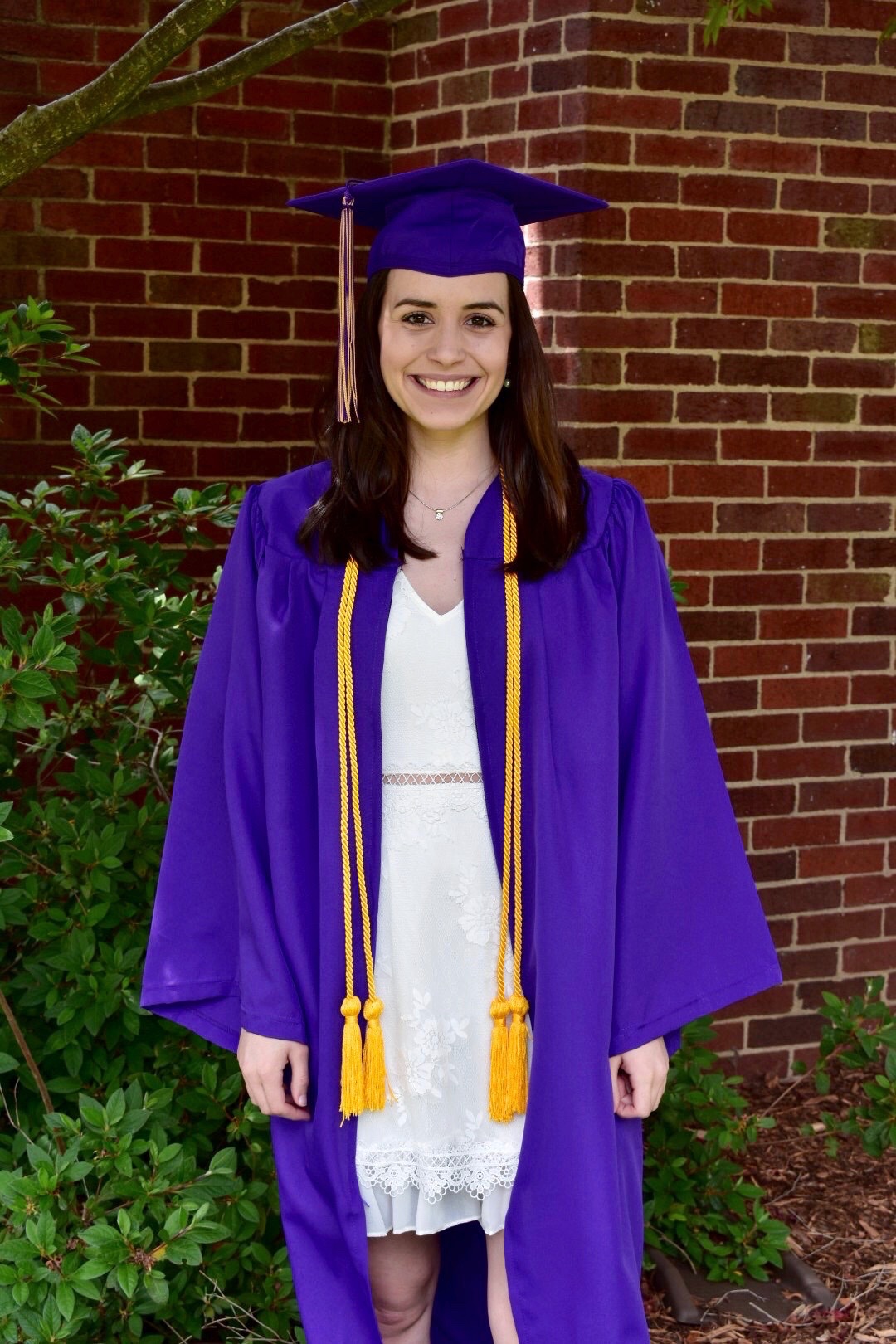 From seeing the harsh conditions these workers face, Vasquez praised Vecinos for doing the work that they do. Equipped with a team of physicians, nurses, mental health counselors and interpreters, Vecinos serves this population by making healthcare more accessible. Once a week, Vecinos utilizes Western Carolina University’s Health and Human Science building to provide the workers with quality healthcare. They make this service accessible by also providing transportation. Further, they come to the workers on site in the evenings and provide healthcare via a mobile clinic. Lastly, Vasquez said that they also provide health education to the workers as well to help be proactive about health conditions in their communities.

Vasquez’s research was focused on spreading awareness about this marginalized population and the issues that they face every day. Her favorite part about doing this project was the ability to create work that she could share with others and be an advocate for this population.  “Maybe this population will have more people stand up for them so that they can earn the rights they deserve to live an equal and fair life just like everyone else in the country.”

Going forward, Vasquez is pursuing nursing school so that one day she can become a bilingual nurse. Western North Carolina has always been a home to her, and after her experiences with Vecinos, she has thought about staying in the area to work with rural populations as a nurse.  Wherever she ends up, her focus is to continue being an advocate for Hispanic migrant populations and continue to break down the language barriers that they face. 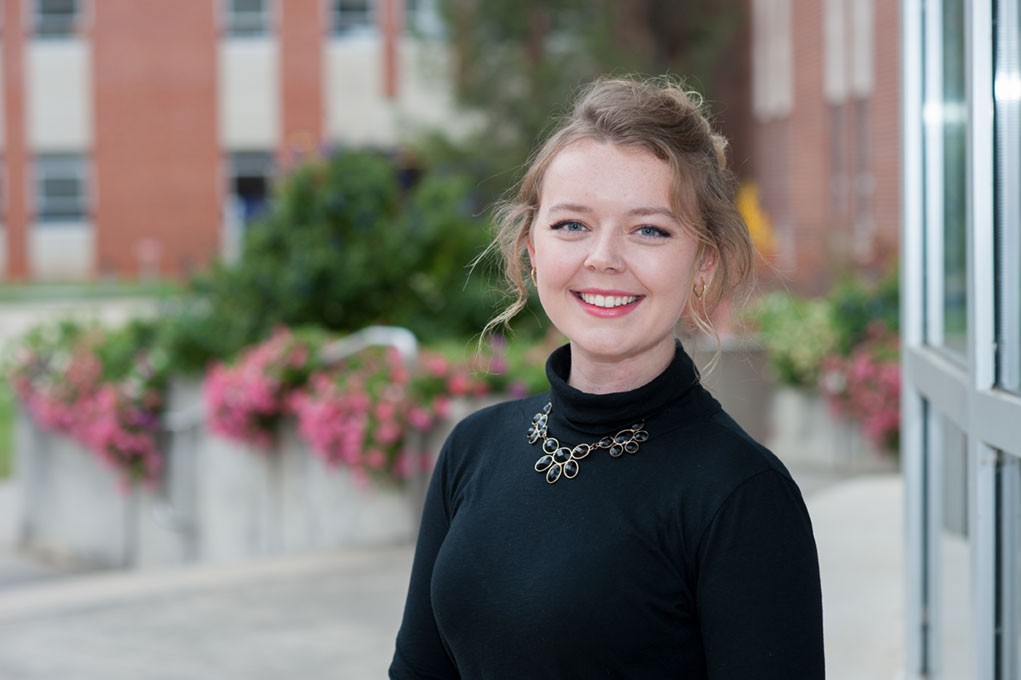 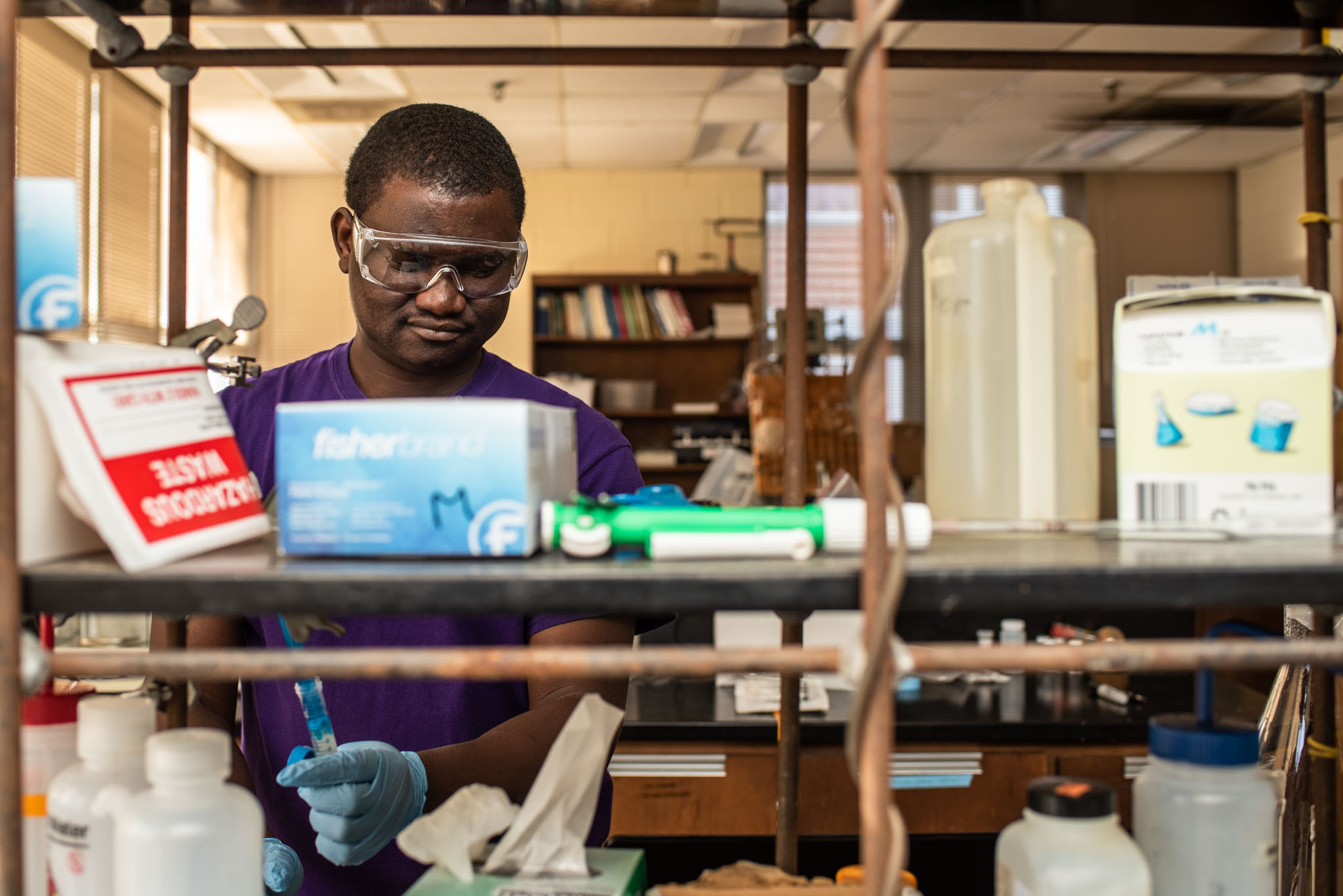 The Power of a Peanut