Rising of the Necessary Diva 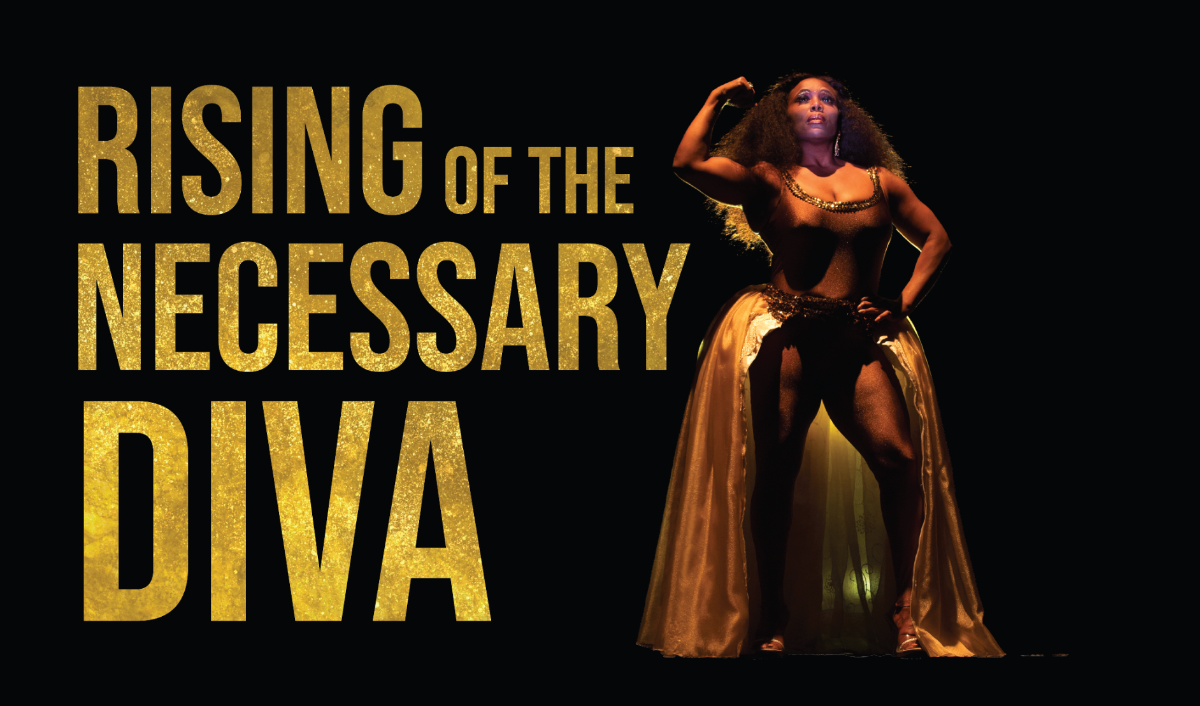 "Service to others is the rent you pay for your room on this earth." 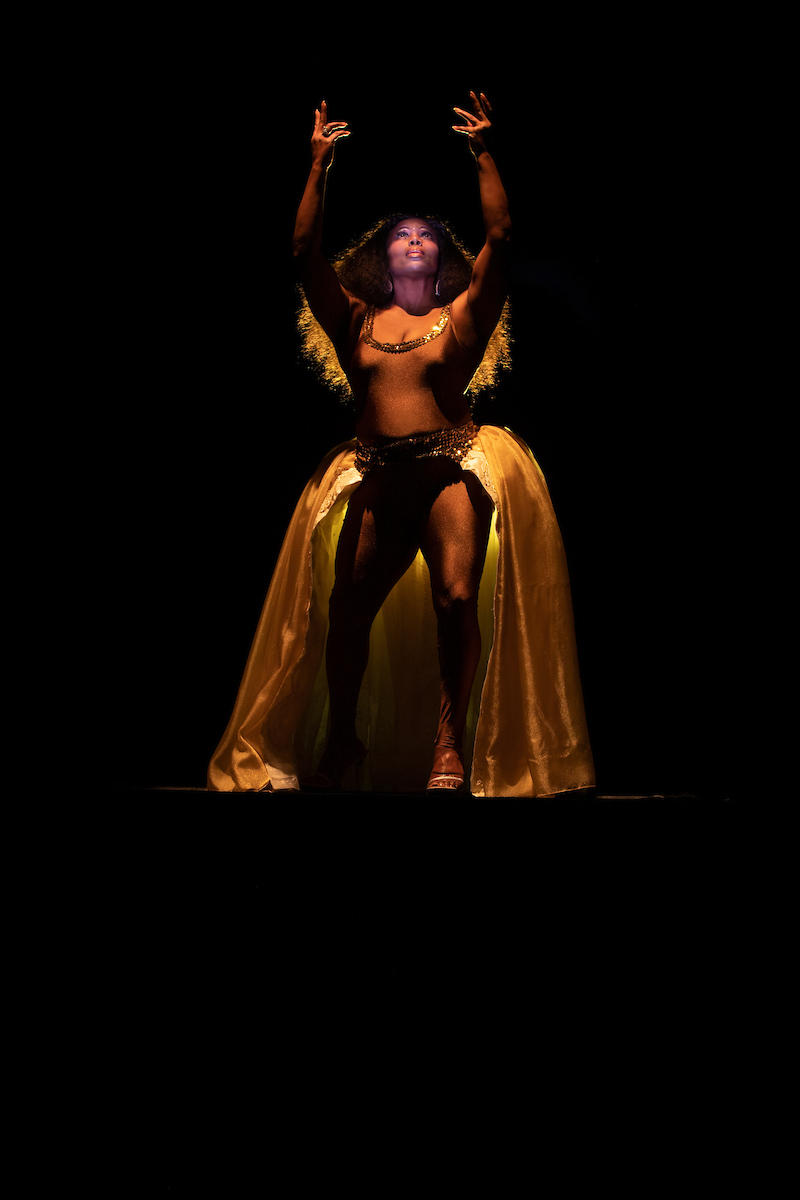 Bardo Arts Center hosts the one-woman show, Rising of the Necessary Diva, on Thursday, January 26, at 7:30pm. Performed by Western Carolina University’s Assistant Professor of Music (Voice), Dr. Tiffany Renée Jackson, Rising of the Necessary Diva (previously known as From the Hood to the Ivy League) is an autobiographical account of a girl raised in the hood and born to a sharecropper’s daughter, whose gift to sing paves a path for her to travel the world singing classical music, but whose heart recognizes the need to return to the hood to serve in purpose.

The three-act show will take viewers on a journey of Dr. Jackson’s life, starting with her humble beginnings and learning about her gift for music while growing up in the hood of Connecticut and being indulged in the culture of hip-hop to moving across the US and Europe all while exploring music through her formal training and education in opera and finding the new love of bodybuilding. Dr. Jackson will show how she found her higher purpose to support and guide gifted musicians in underrepresented communities in Connecticut and beyond.

Dr. Tiffany Renée Jackson is a groundbreaking, highly recognized classical and jazz singer, vocal pedagogue, fitness competitor, nutrition specialist and social justice in the arts advocate. She was raised in New Haven, CT where she attended the Cooperative High School of Arts and Humanities and the Educational Center for the Arts. She then earned her Bachelor of Music Degree from the University of Michigan, a Master of Music and Artist Diploma from Yale School of Music, a Professional Studies Degree from the Manhattan School of Music, and a Doctor of Musical Arts Degree from the University of Connecticut.

Dr. Tiffany Renee Jackson has an extensive, lauded singing career, that spans both the classical and jazz genres. After honing her craft in the classical arena with the Houston Grand Opera Studio, she sang with orchestras and symphonies around the world (Norway, Slovenia, Germany, and others) as part of her Metropolitan Opera Study Grant. She has been a featured soloist with numerous Symphony Orchestras including the National Philharmonic Orchestra, Gotham City Orchestra, New Haven Symphony Orchestra, Greater Bridgeport Symphony and many others. She has performed in premier festivals such as Tanglewood, Ravinia and Aspen. In 2005, She made her Carnegie Hall debut in Hadyn’s Paukenmesse.

In the jazz world, Dr. Jackson is known for her interpretations of the music of Billy Strayhorn and Duke Ellington. She has appeared at the Blue Note (NYC) and Dizzy’s Club Coca Cola, Jazz at Lincoln Center. She can be heard on recordings with Emmy Award winning pianist, composer and educator, Dr. Rex Cadwallader, A Balm in Gilead and Sweet Perfume in an Alabaster Jar. In addition to her singing credits, Dr. Jackson is a fitness competitor and sports nutrition specialist. She brought all her talents to the world in 2011 when she appeared on “America’s Got Talent” as the “Necessarydiva”, the opera singing bodybuilder.

In recent years, Dr. Jackson has endeavored to provide advocacy in social justice reforms for public and private arts education organizations. Connecticut’s Arts Administrators Association invited her to speak on Social Justice in the Arts through Social Emotional Learning frameworks. She presented the keynote address for the Connecticut Music Educators Association and in November 2022, and she introduced the Catamount Singers to the North Music Educators Association Conference, where they were the first commercial ensemble to be featured there.

In 2020, Dr. Jackson debuted her autobiographical and multidimensional one-woman show, From the Hood to the Ivy League (Rising of the Necessary Diva), at the Paul Mellon Arts Center in Wallingford, CT. Despite the challenges caused by the pandemic, the show continued to reach audiences through socially distant platforms such as the International Festival of Arts and Ideas in New Haven and the Asylum Hill Congregational Church in Hartford, CT.

Dr. Jackson’s most recent performances include a Christmas concert with the New Haven Symphony Orchestra led by Maestro Chelsea Tipton. In the fall, she presented a faculty recital, “Music of the Folk”, with pianists, Lillian Pearson, Michael Yannette and guitarist, Andy Jurik. Currently, Dr. Jackson is an Assistant Professor of Music (Voice) at Western Carolina.

Zhailon Levingston is a Louisiana-raised storyteller, director, and activist. He is a Board Member for Broadway Advocacy Coalition, which he co-created, and teaches the Theatre of Change course at Columbia University. He is a Music Mentor Fellow and has done work with Idina Menzel’s A Broader Way Foundation. His directing credits include: “Neptune” (Dixon Place, Brooklyn Museum), “The Years That Went Wrong” (Lark, MCC), “The Exonerated” (Columbia Law School), “Chariot Part 2” (Soho Rep., for The Movement Theatre Company), “Mother of Pearl” (LaGuardia Performing Arts Center).He is the Associate Director of “Primer for a Failed Superpower” with Tony Award-winner Rachel Chavkin, and “Runaways” at The Public Theater with Sam Pinkleton. Most recently, he directed “Chicken and Biscuits,” which premiered on Broadway. He also directed “Patience” at Second Stage Uptown. Zhailon was the resident director at “Tina: The Tina Turner Musical” on Broadway and the Associate Director of “Hadestown” in South Korea

Scott Ashley is the Technical Director and Production Manager for Bardo Arts Center. Scott has designed or production managed at such institutions as Florida Grand Opera, Orlando Repertory Theatre, NASA T.V., Lincoln Center Festival, and Lincoln Center Institute where he worked with such groups as Juilliard Drama, NY City Ballet, American Ballet Theatre, Pilobolus and Jazz at Lincoln Center.  He also designed the Off-Broadway production of The Flid Show and a Broadway Tour of Oklahoma and Fiddler on the Roof. Scott taught lighting, scenery, architecture and decor, and stage management classes at Flagler College and The College of Charleston. Scott holds an MFA in Lighting and Set Design from Florida State University.

Will Cleary is a saxophonist, composer, and educator originally from Houston, Texas. He received a Bachelor of Music degree from Oberlin Conservatory and a Master of Music degree from the Eastman School of Music. Will has been featured at international jazz festivals and regularly performs in the greater New York area. He is a co-leader, composer, and arranger for the Theodicy Jazz Collective, a liturgical jazz ensemble that performs sacred works internationally. Will is the director of music at the Episcopal Church of St. Paul and St. James in New Haven, Connecticut, where he has developed a music program that combines jazz and worship. In addition to performing and composing, Will is an instructor at the ACES Educational Center for the Arts and a professor at Southern Connecticut State University.

Daniel Iannucci, a North Carolina native and WCU alumni , has been living and gigging in and around the Asheville area since his graduation in 2010.  During that time, he has performed with numerous bands, ensembles, groups, theaters, symphonies and shows.  Music has taken him all around the United States, the United Kingdom and Australia. All that said, the music and the community in which it exists here in Western North Carolina holds a special place in his heart and he is proud to call these mountains home.

Originally from West Virginia, Drummer and percussionist, Micah Thomas, has built a career of playing music in the Asheville area since his graduation from Marshall University in 2007, with a BA of fine art and music.

Well known for his diversity, Micah continues to be one of the most sought-after drummers in Western Carolina. He plays with and has recorded multiple albums with, Brushfire Stankgrass, a modern Appalachian Fusion group from Asheville, for over the past 12 years. He also recorded on the most recent album "A Wave of Golden Things" from the internationally acclaimed, Tall Tall Trees, of NYC, after a year of touring the USA and Europe in 2017.

In 2018, Micah became a professor at Western Carolina University where he teaches Commercial Percussion; a class specialized in developing skills for becoming a working musician. Today, you can find Micah continuing to develop his course at WCU as well as playing drums with some of the finest Jazz and Rhythm groups in the Asheville area.

Performance artist Michael Yannette is an exceptional concert pianist, actor, singer, playwright, and music educator who brings together all of his talents to create rich and thoroughly unique theatrical, musical and visual experiences. Mr. Yannette has music directed and performed in professional, collegiate and community theater nationally. As an educator, Mr. Yannette recently retired from 34 years of teaching music - a career in which he was honored as Teacher of the Year at both Grandview Preparatory School in Boca Raton, FL and Cherokee Central Schools in Cherokee, NC. Mr. Yannette is currently finishing work on his second theatrical one-man performance entitled Fantasia on Mysterium: A Theatrical Recital about the life of Russian composer/pianist Alexander Scriabin featuring a choreography of live piano performance, storytelling, lighting, immersive visuals and aromas.  Mr. Yannette is a graduate of  Florida State University where he received various honors including the Ernst von Dohnanyi Prize, the winner of both the FSU Concerto Competition and the Florida Collegiate Artist Competition and was also named the 1986 Presser Scholar.

Doors will open thirty minutes prior to each performance, with the show starting at 7:30pm on Thursday, January 26. Box Office is open Tuesday-Friday from 10am-4pm and Thursdays from 10am-7pm.

*This performance is not intended for children. Please be advised this performance includes topics that may be triggering to some viewers. These topics include sexual trauma and assault, racism, violence, drug use, and descriptions/images of lynching. 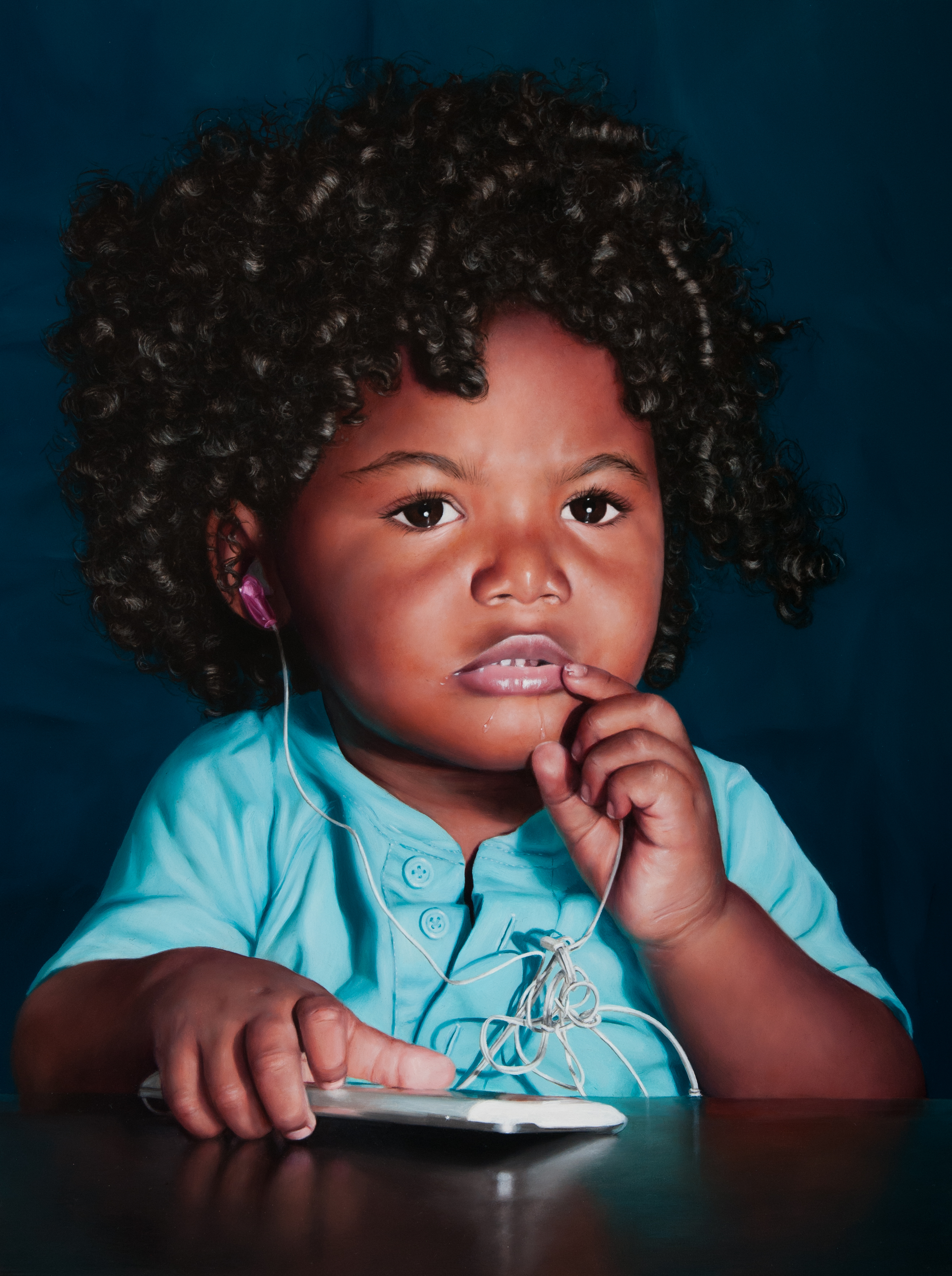 Campus Theme and One Book