WCU legend in promoting the institution is retiring 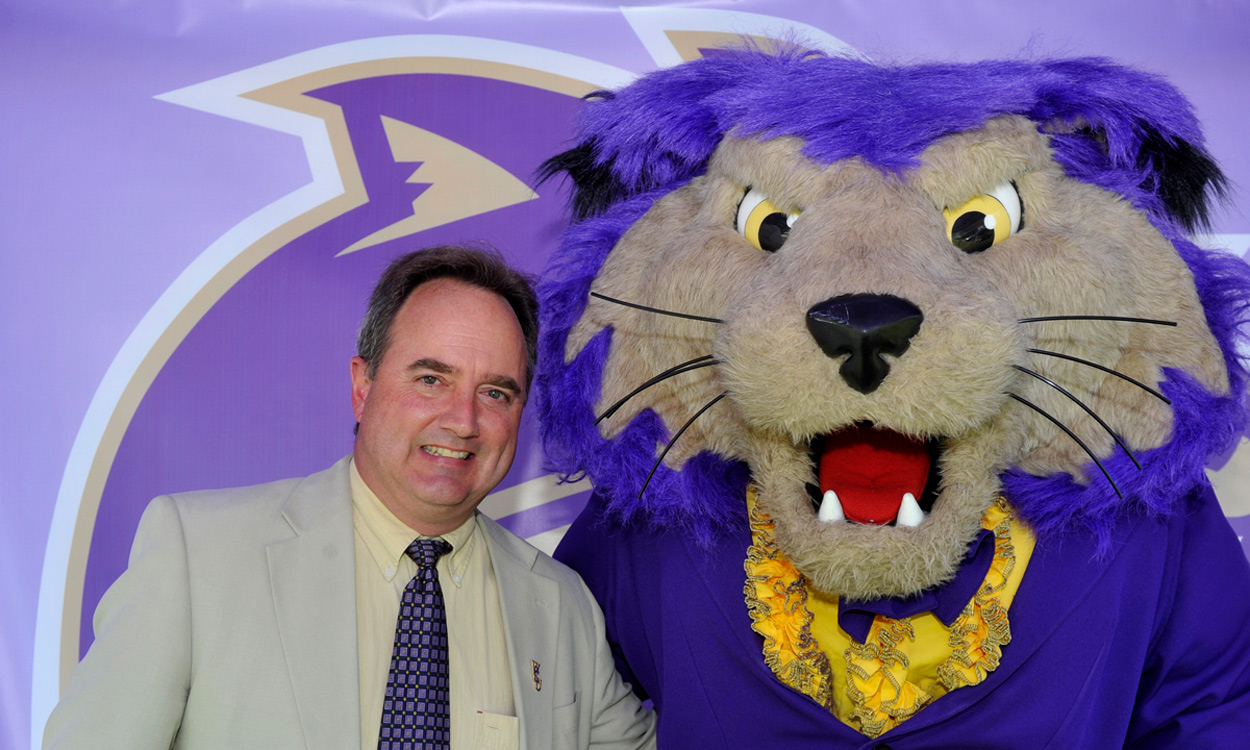 Western Carolina University’s chief communications officer, Bill Studenc, will retire in January after more than 32 years of employment at the university.

As chief communications officer, Studenc wrote and managed press releases, collaborated with reporters on stories, and oversaw media relations. This means that he had a role to play in every issue of WCU Magazine, each story in the local newspaper related to WCU, and the many public statements concerning decisions the school has made. In other words, he was the liaison between WCU and the off-campus community.

“Some days I don’t feel like I’m old enough to have worked here that long. I like to tell people that I got here really young, and I’m like the Doogie Howser of public relations, but then I realize that ‘Doogie Howser’ is a dated pop culture reference and most college students won’t get it,” said Studenc.

The beginning of Studenc’s journey as a journalist stemmed from his dislike of math, his love for words, and his preference for wearing jeans as opposed to a suit. Knowing he did not want to become an English teacher, Studenc pursued journalism instead and has dedicated his life to the profession ever since. Studenc saw journalism as a “noble profession” that allowed the public to learn the truth, an ideal that inspired him to become a journalist. Before working at WCU, he took this passion and put it to good use when he worked for the Black Mountain News, The Daily Tar Heel, Asheville Citizen-Times, The Mountaineer, Out 'n About, The News-Record, and Haywood County News. Studenc was a reporter, columnist, editor, editorial ghost-writer, and entertainment editor.

Studenc said his fondest memory from the 32 years at WCU so far involves former Chancellor David O. Belcher. In 2011, he traveled to Chapel Hill when the UNC Board of Governors voted to appoint Belcher as the new chancellor. Before the meeting, Belcher, his wife Susan, and Studenc met with then UNC System President Tom Ross to get pictures taken. Once Ross left his office for the BOG meeting, Studenc watched as Belcher sat at Ross' desk, put his feet up on the desk, put his hands behind his head, and said, "I just had to know how it feels."

Julie Mathis, University Communications and Marketing executive assistant, along with Marlon Morgan, public communication specialist, have worked closely with Studenc over the past few years and recognize the importance of Studenc’s role in the WCU community. Studenc wears many hats in his position, which might result in a shift of everyday operations for the UCM department.

“Working without Bill will be challenging at first because I think we will get more of a sense of all of those small things that he did that we didn’t realize he took care of,” Morgan said.

Not only does Studenc play a vital role in the communication between WCU and the outside world, but he’s also known for bringing joy and laughter to the workplace. Mathis views Studenc, not only as an inspiration, but as a comedian whose humor is “unmatched.”

“The work that he has done for this university is immeasurable and Bill himself is irreplaceable. He will truly be missed, not just by me, but by all who have had the pleasure of working with him,” said Mathis.

Despite his love for the job, being director of the PR department wasn't always an easy task for Studenc. He said his biggest hardship was having to be available 24/7 in case there was an emergency involving a crisis on campus. Often times, this interfered with his social life. It didn't matter where he was; if he was needed, he'd get out his laptop and sit by the phone waiting to hear from reporters.

"I guess in a way that helped prepare me for working remotely in the era of COVID-19," he said. No matter how difficult the task, Studenc always found a way through it. Similar to most of the UCM department, Studenc has been working remotely more often than not due to the COVID-19 pandemic.

After many written stories, public statements, interviews, and pop-culture references, Studenc is looking forward to catching up on sleep and possibly even developing a consistent workout routine. The one thing he wishes he had done differently was to obtain his master’s degree in public affairs from WCU sooner than 2010. He knows having an advanced degree might have created unforeseen opportunities for him. Despite this singular regret, working at the university has allowed Studenc to pursue his occupational goals, have time to be with his family, and promote a business that he truly believes in.

“When I started considering moving into a communications or PR job, I could not see myself working for a cigarette manufacturer or pharmaceutical company, even though those jobs would pay pretty well. I didn’t see myself trying to promote a product I did not believe in. But working at a university, I get to promote higher education and the concept of bettering the lives of individuals, families and communities. Who couldn’t get behind something like that?” said Studenc in an email.

What he will miss most is working with the people of WCU and telling everyone stories about what the university used to be like in comparison to what it is now.

Studenc is a devoted listener of heavy metal and his favorite band is Led Zeppelin.

His contributions to the university and the WNC community over the years will never be forgotten, numerous colleagues said. 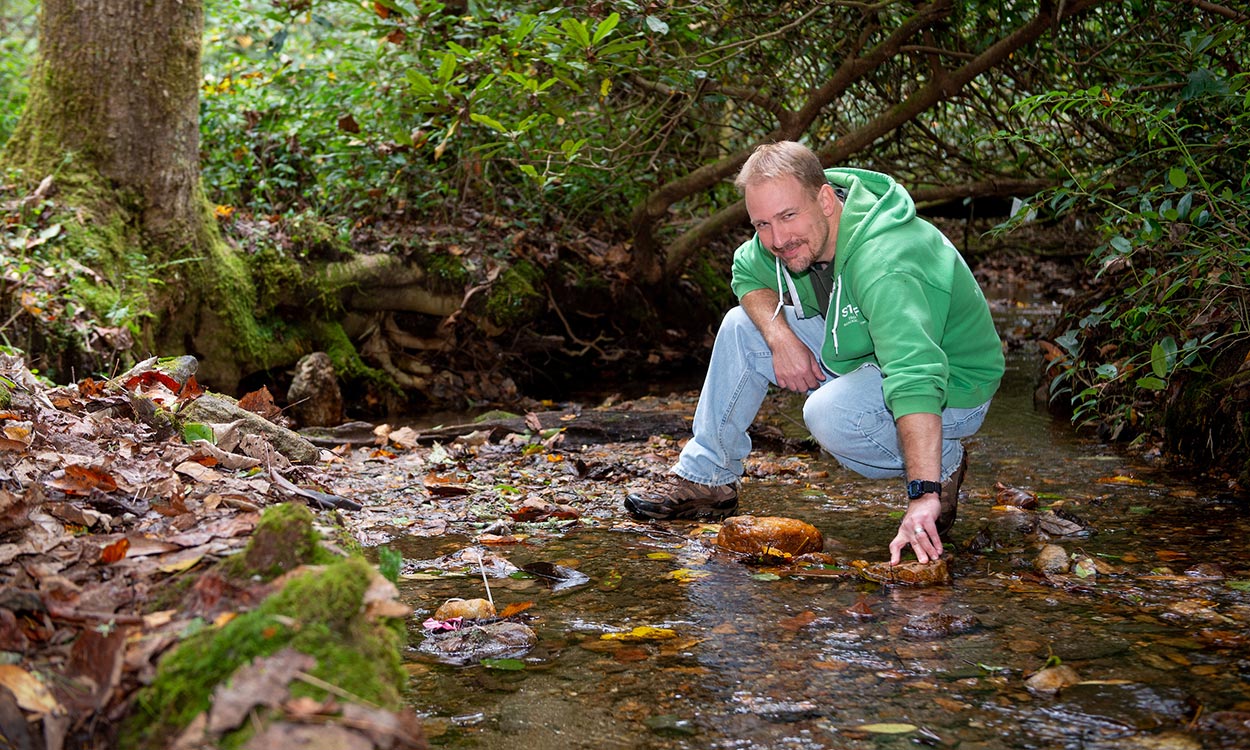