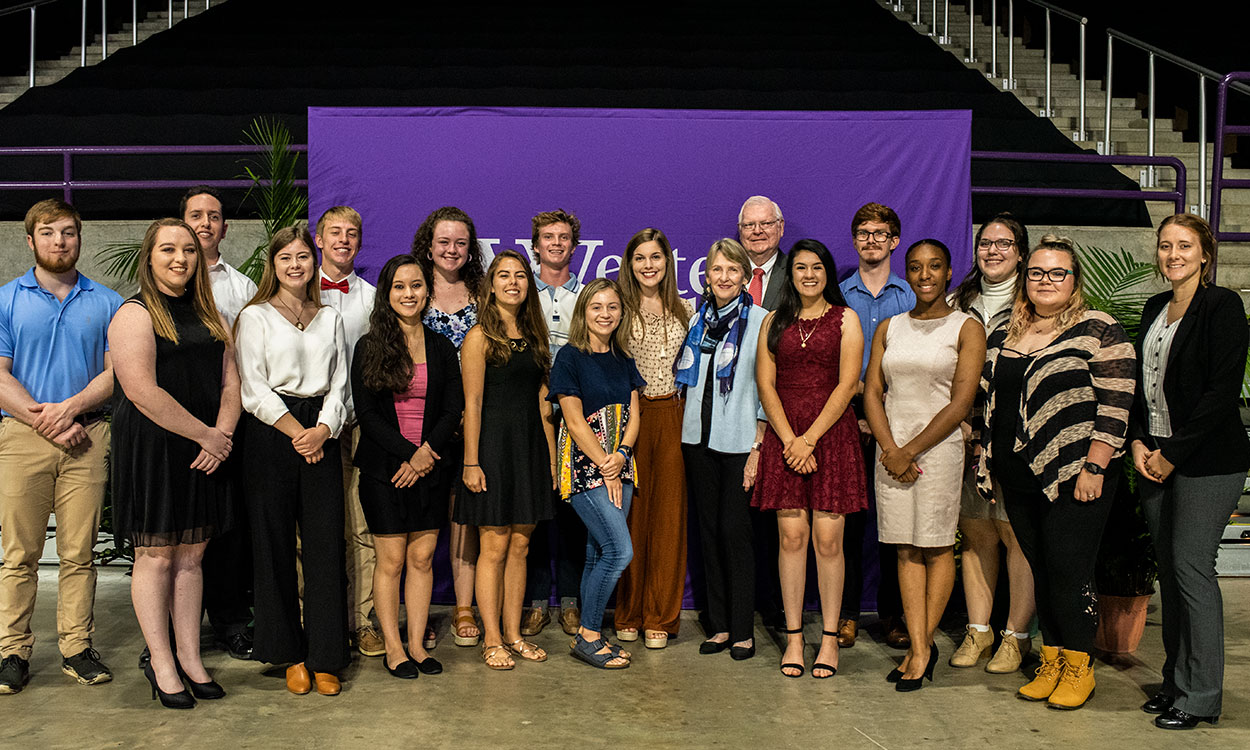 Judy and Jack Brinson, long-time supporters of WCU's efforts to provide scholarships to deserving students, get together with some of the recipients of the Brinson Honors College Endowed Scholarship and the Brinson Annual Scholarship. To date, more than 200 WCU students have been assisted in their academic endeavors through scholarship support provided by the Brinsons.

One of the best examples of the power of scholarships on students’ lives is Western Carolina University’s own chancellor, Kelli R. Brown, who spoke during the Scholarship Recognition Luncheon about the effect a little financial assistance from a donor can have on a student.

The luncheon was held Oct. 3 in the Liston B. Ramsey Center arena to honor the donors and recipients of scholarships at WCU.  About 300 people attended.

Brown, who said her original plan as a teenager was to marry a cowboy and live on a ranch, eventually changed her mind to pursue a college degree, starting slowly at first, as she found her footing in the world of academia. “As I reflect on how far I have come – from a young girl who never really pictured herself going to college, through community college, on to undergraduate and graduate degrees, finally earning a doctorate and now not just having gone to university but actually leading one – I remember the impact that a benefactor had on my life,” Brown told the crowd.

Brown’s first scholarship was the $1,000 Elmer J. and Grace C. Clark Doctoral Scholarship she received as a “struggling doctoral student” in the department of education at Southern Illinois University, where she earned her doctorate in 1987, and where Elmer J. Clark served for 17 years as dean of the university’s college of education. The gift not only provided Brown much needed financial assistance, it was also a vote of confidence in who she was and the path she was on. “I know he was proud of what I was able to accomplish with his and Grace’s help,” Brown said.  “That is his legacy to me and countless others.”

The luncheon’s keynote address was given by Jack Brinson, who, with his wife, Judy, are long-time financial supporters of WCU — primarily of the university’s Honors College. The Brinsons have provided scholarships to more than 200 WCU students to date.

Brinson spoke of his childhood in the 1940s, growing up on a farm, and how he learned to appreciate the love his grandmother — a caretaker who worked 24 hours a day, seven days a week —had for him by the letters she would send him every two weeks. They always included a $1 bill and a message of love for him. “Now, you need to know what a $1 bill meant to a young boy in eastern North Carolina with a very limited economic foundation,” Brinson said. “That $1 made me feel so good. I could buy candy and ice cream, and Baby Ruths were 10 cents. Grandma loved Jackie and she sent love with the $1 bill. And I loved her. She was giving and sharing, and she made only $20 a week.”

Brinson also spoke of the joy of giving, especially as seen in the eyes of the Salvation Army bell ringers during the Christmas season, which always moves him to reciprocate by dropping money in their red pots.

“What is the link between grandma and the Salvation Army stories,” he asked. “The linkage is love — love of family and our fellow man.” Even in his own family, Brinson said, his children and grandchildren will not receive an inheritance. They’ll receive “gifts of love.”

Brinson urged the attendees to continue giving, no matter the amount. “Giving in a small way leads to bigger giving and therefore to philanthropy,” he said. “Never underestimate the giving of a dollar.”

He also reminded the students to excel and to dream. “You students are the magic. If there are no students, there are no scholarships.  If you’re not here, no gifts of love, no ringing of the bells,” he said. 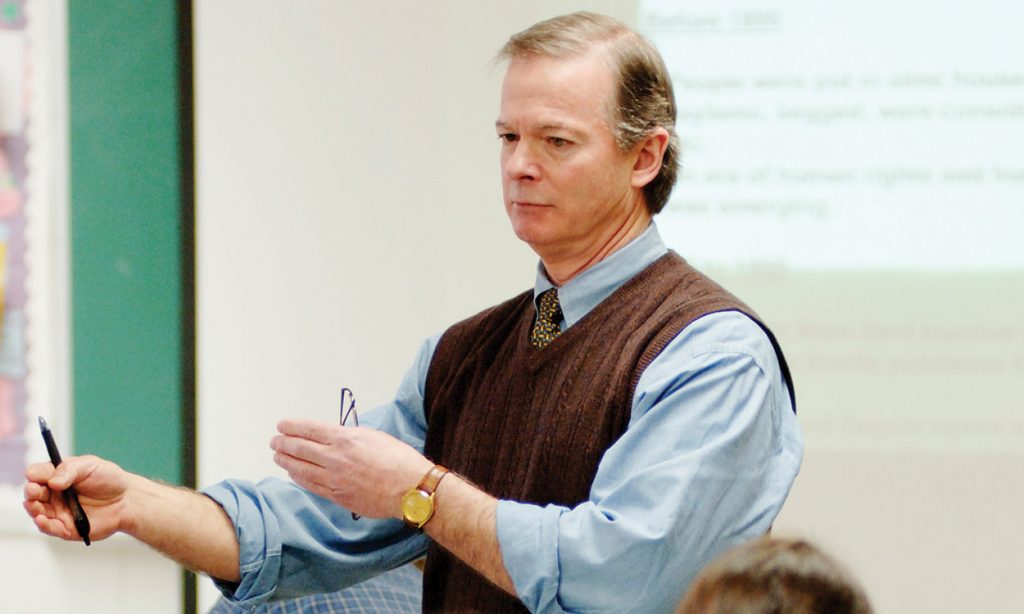 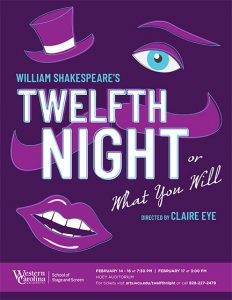