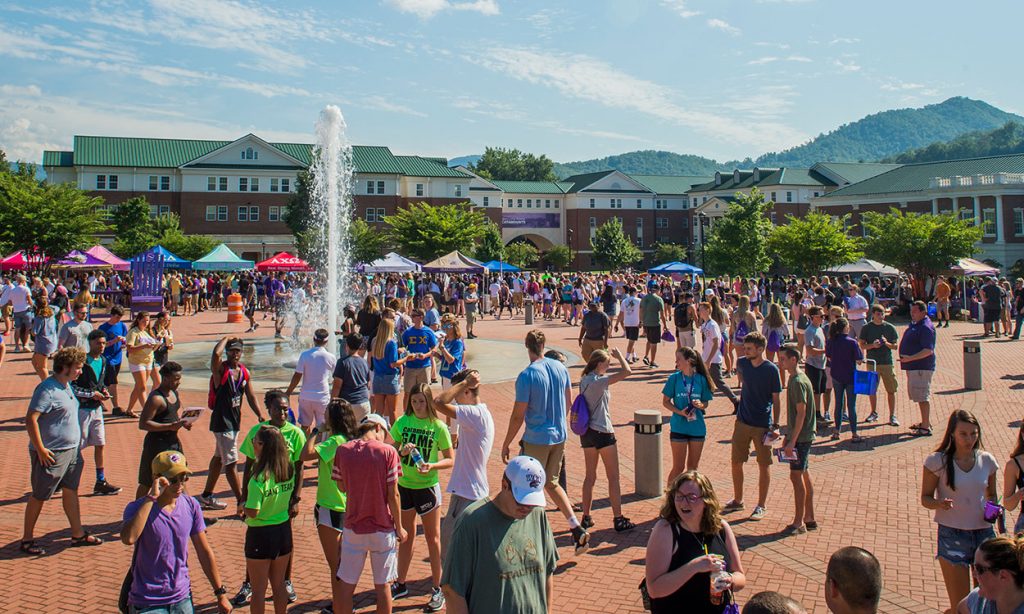 More than 5,000 WCU students typically gather in Central Plaza on the Cullowhee campus for Valley Ballyhoo, the annual start-of-fall-semester festival that includes information booths, food and entertainment. This year’s Ballyhoo is set for 4 to 6 p.m. Saturday, Aug. 18.

Frequent thunderstorms have been cooling summer temperatures a little at Western Carolina University, but the campus soon will be heating up anyway as faculty and staff welcome what is expected to be another record-size student body for the start of fall semester.

Most freshmen will move into their residence hall rooms on the Cullowhee campus Friday, Aug. 17, with many upperclassmen returning Saturday, Aug. 18, or Sunday, Aug. 19. Classes begin Monday, Aug. 20.

Current calculations are suggesting that WCU will see its sixth record for total enrollment out of the last seven years, but the enrollment boost won’t be coming from just an increase in the size of the freshman class, said Phil Cauley, WCU’s assistant vice chancellor for undergraduate enrollment. Gains also are expected in student populations such as transfer, distance and continuing students. The all-time record headcount of 11,034 set last fall likely will be eclipsed, with the university exceeding its target to increase total enrollment by at least 300 students, Cauley said.

Speaking of the freshman class, he said last fall’s record of 1,998 first-year students easily should be shattered, with WCU surpassing 2,000 freshmen for the first time in its history. That class also is expected to come to campus with the highest average high school GPA ever recorded by an incoming class at the university.

The enrollment increases are fueled in part by the inaugural year of NC Promise, a state program that reduces the cost of per-semester tuition at WCU to $500 for in-state undergraduate students and $2,500 for out-of-state undergraduate students, but the university has been on an enrollment ascent for more than a decade, and gains are occurring in student populations not affected by NC Promise, Cauley said.

The official fall enrollment numbers will be established Friday, Aug. 31, which is the 10th class day and the census date as specified by the University of North Carolina System Office.

When WCU’s newest students arrive on campus Aug. 17, they will be greeted by a delegation of faculty, staff and returning students who make up the Welcome Team. As of midday Thursday, Aug. 16, more than 1,500 volunteers had signed on to help the new students and their families move the students’ belongings from curbside to their rooms in Scott, Walker, Balsam, Blue Ridge, Noble, Buchanan, Harrill and Albright-Benton halls. The goal is to have the freshmen moved in by 4 p.m. so they can join new transfer students in attending the annual New Student Convocation. 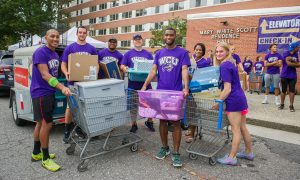 WCU's upperclassmen join with faculty and staff in helping freshmen move into their residence hall rooms during freshman move-in.

Any individuals or groups who want to volunteer for move-in but have not yet registered should report to the purple and white welcome tent at Scott Hall at the time they want to begin work on Aug. 17, said Annaleise Camacho, WCU associate director for residence life. WCU employees should check with their supervisor to make sure their unit would not be compromised by their absence.

The convocation, set for 5:30 p.m. Aug. 17 at Ramsey Regional Activity Center, will feature a keynote address by acclaimed poet and civil rights activist Nikki Giovanni and also will include the participation of WCU Interim Chancellor Alison Morrison-Shetlar, Acting Provost Carol Burton, deans of the university’s academic colleges and Matt Opinski, president of the Student Government Association.

The convocation is one of the first of a series of “Week of Welcome” events to celebrate the start of fall semester. Other highlights of the week include the annual Valley Ballyhoo celebration from 4 to 6 p.m. Aug. 18 at the Central Plaza; a free concert by the Colby Deitz Band at 7:30 p.m. Aug. 18 on the lawn of A.K. Hinds University Center; an evening of legends and crafts with members of the Eastern Band of Cherokee Indians at 5:30 p.m. Tuesday, Aug. 21, in the courtyard and multipurpose room at Judaculla Hall; a “Burning Our Fears” event for first-generation students at 7 p.m. Wednesday, Aug. 22, at the campus picnic area; and a free concert featuring Ashley McBryde with Muscadine Bloodline at 7 p.m. Friday, Aug. 24, at the Central Plaza.

More information about the “Week of Welcome” at WCU is available at wow.wcu.edu. 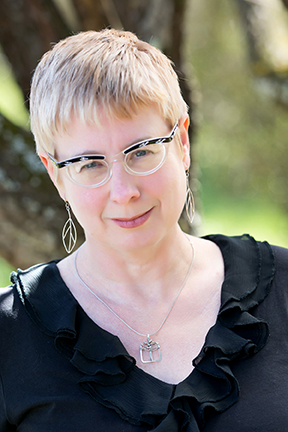