College of Business alums work their way to the Super Bowl

As a former football player for Western Carolina University, Hunter Jacobs knew he was never going to play in a Super Bowl. 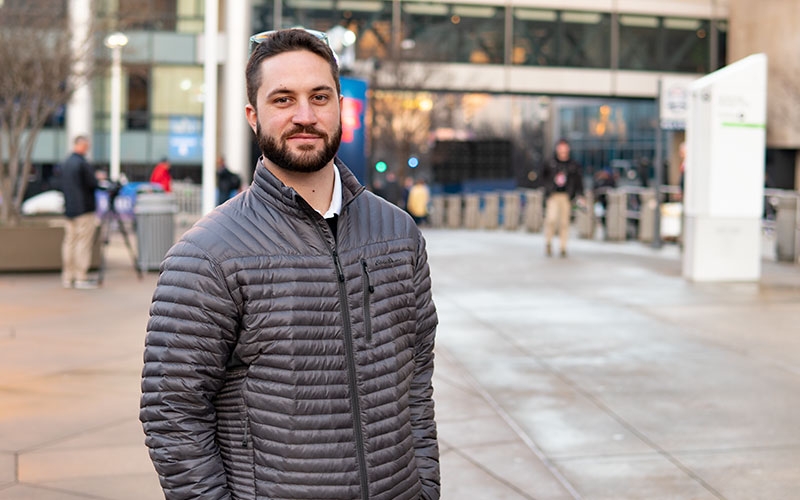 But that didn’t stop the 2017 College of Business graduate from making it to a Super Bowl. Jacobs, who was a double major in sport management and marketing and now is a ticket sales executive for the Atlanta Falcons, will be working at Sunday’s 2019 Super Bowl in Atlanta.

It was Wiggins who started the caravan of WCU sport management graduates to the Falcons. He accepted his job with the Falcons after graduating in May of 2017. Since then, he’s been able to scratch two items off his bucket list.

“The Super Bowl has been the craziest, wildest event that you’ll ever see,” Wiggins said. “It’s one of those bucket list games that you think about. What better place to begin your career than a place that not only hosts the (college football) national championship game the year you start, but the Super Bowl the next year. I’m getting to experience my bucket list items all in consecutive years."

Jacobs was the next to join. He attended a job fair at the Falcons’ home, Mercedes-Benz Stadium, in November of 2017, and was working there by February of 2018. 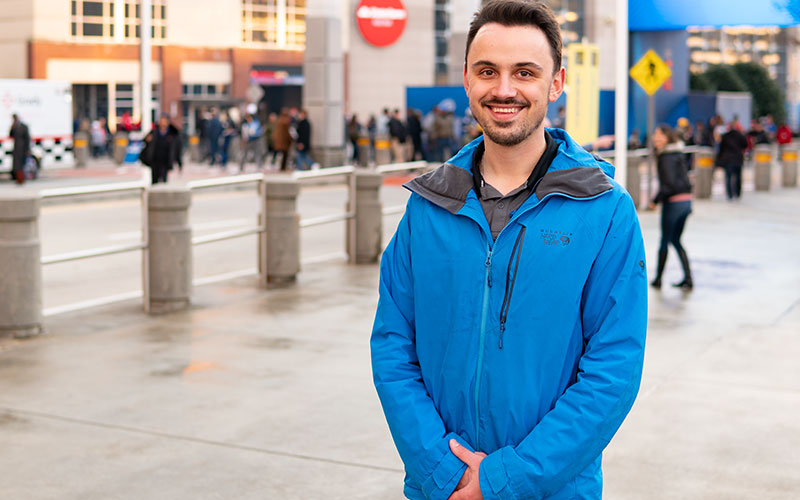 Jordan was the latest to be employed by the Falcons, starting in June of 2018. He was just hoping to still be working there by the time the Super Bowl rolled around.

“When I found out officially that I was working it, it was awesome,” Jordan said. “I was so excited.”

For the Super Bowl, all three will be escorting NFL owners and celebrities to their suites. “Hopefully I’ll be shaking some hands with people I’ve seen on TV,” Jacobs said.

B.S. B.A in Sport Management
B.S in Hospitality and Tourism