It took becoming a Catamount for Gabriel to discover the answer to that question, and once she did, others took notice.

As such, Gabriel, a 19-year-old Western Carolina University senior double-majoring in criminal justice and forensic anthropology, recently was selected as a member of Latinx 20 Under 20 Class of 2020, a North Carolina competition that focuses on elevating the best and brightest Latinx students across the state. The competition is hosted by LatinxEd, a nonprofit educational initiative formed in 2018 and based at the University of North Carolina at Chapel Hill, to support Latinx students and immigrant families striving for higher education and greater opportunity.

Each year, LatinxEd hosts a gala to honor its 20 Under 20 classes, but because of COVID-19 restrictions, Gabriel and the class’s other 19 members were honored for their achievements during a virtual gala, which featured video speeches from each classmate and video montages of the honorees and their families. The students were judged on their scholarship, community service and leadership.

Such public recognition as a “trailblazing student” validated Gabriel’s long and emotional journey to find her place in the world, and she is grateful for the acknowledgement. “I came from a homogeneously similar environment where I didn’t have Latinx friends, just because there was really nobody like me,” Gabriel said. “My mom is Colombian and my dad is Salvadoran, so first of all, not only was I different, I also was mixed, so it was hard to grasp who I was and what my ethnicity was.”

But that changed, Gabriel said, when she enrolled last year at WCU after earning her associate in arts degree and her high school diploma through the early college program at Cleveland Community College. When she first arrived on WCU’s campus, she felt alone and unsure of herself until she helped found Mujeres Con un Proposito (Women with a Purpose), a WCU club that offers community service-centered volunteer opportunities for the university’s Latinx students. She serves as the club’s vice president and credits its members with helping her find a home-away-from-home, her voice and eventually her identity. “From there, I started developing my own ideas, my own view of myself,” Gabriel said. “It was a very busy year of just personal growth and development.”

Melissa Birkhofer, director of WCU’s U.S. Latinx studies program, and faculty adviser to MCP, said Gabriel was a natural selection for the 20 Under 20 award, not only for her impact on other students through her community outreach projects, but for paving the way for the young women who come after her. “Diana has demonstrated exceptional scholarship, leadership and commitment to her communities,” Birkhofer said. 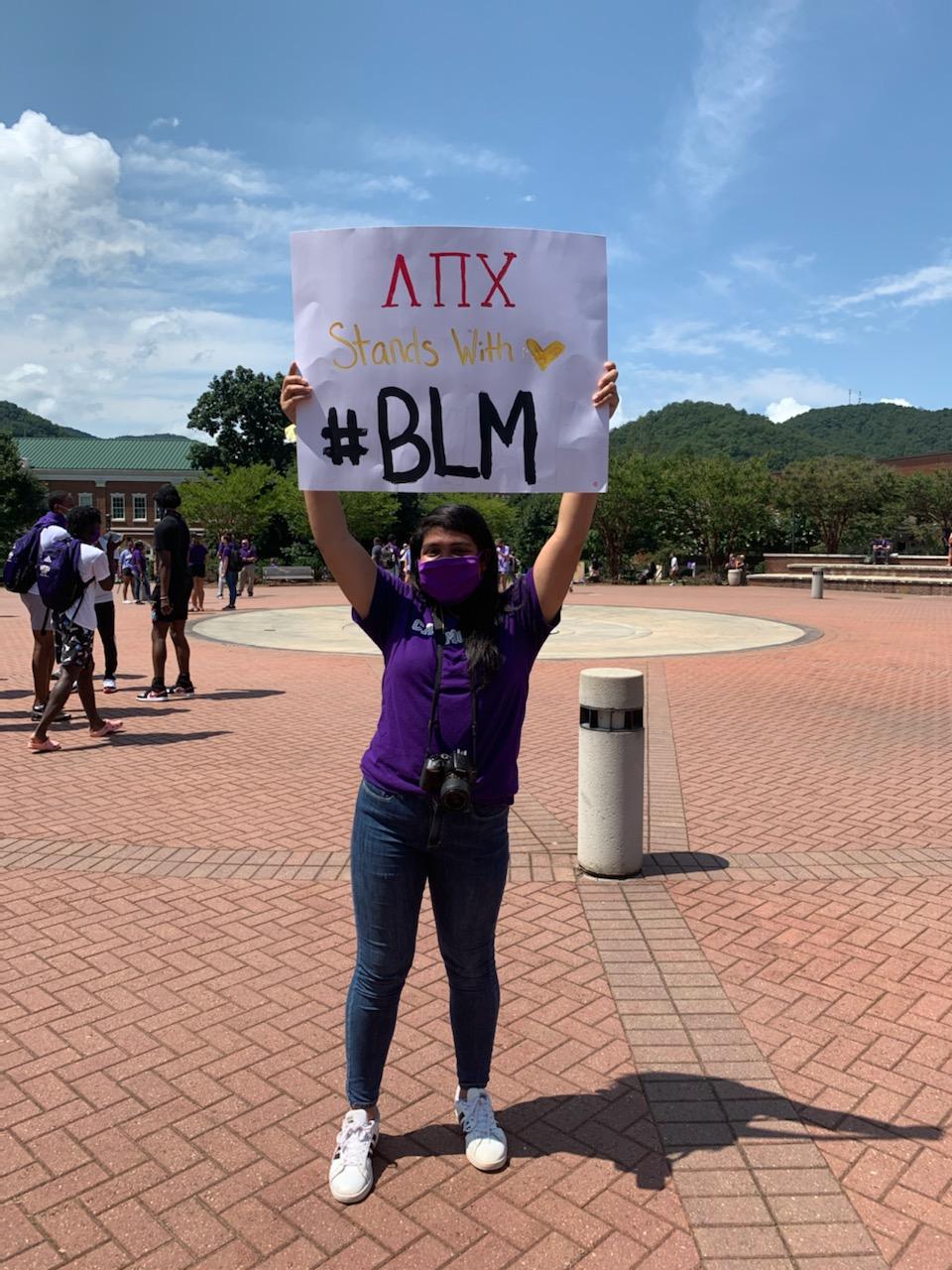 During Gabriel’s pre-recorded virtual gala speech, she said helping other young Latinx women find their voices, too, means pushing back against long-held cultural norms that are oppressive to females. “I say this because I have been there,” she said. “Growing up, ‘you look prettier when you keep your mouth shut’ was always what I would hear. And I know it was meant as a joke, but I took it to heart and grew up thinking that people didn’t want to hear my opinion. The Latinx women before me, my mentors, they helped me find my voice and helped me learn to express my opinions. Now I’m not afraid to stand up and rally for change, whether that be poverty-related issues, addressing machismo in Latinx culture or simply helping young girls find the confidence within themselves.”

Gabriel said her dream after graduating is to become a crime scene investigator and eventually a doctor of forensic pathology, goals she knows will require patience and determination. She wants to serve as a bridge between law enforcement and marginalized groups who don’t feel their voices are always heard or respected during an investigation. “This will be a long journey, but I’m ready for it,” she said. “I think you just have to fall in love with the idea of learning and the idea that good things take time.”

Gabriel has come a long way from her first year at WCU when she arrived as a teenager unsure of who she was and unable to speak to others for fear of rejection.