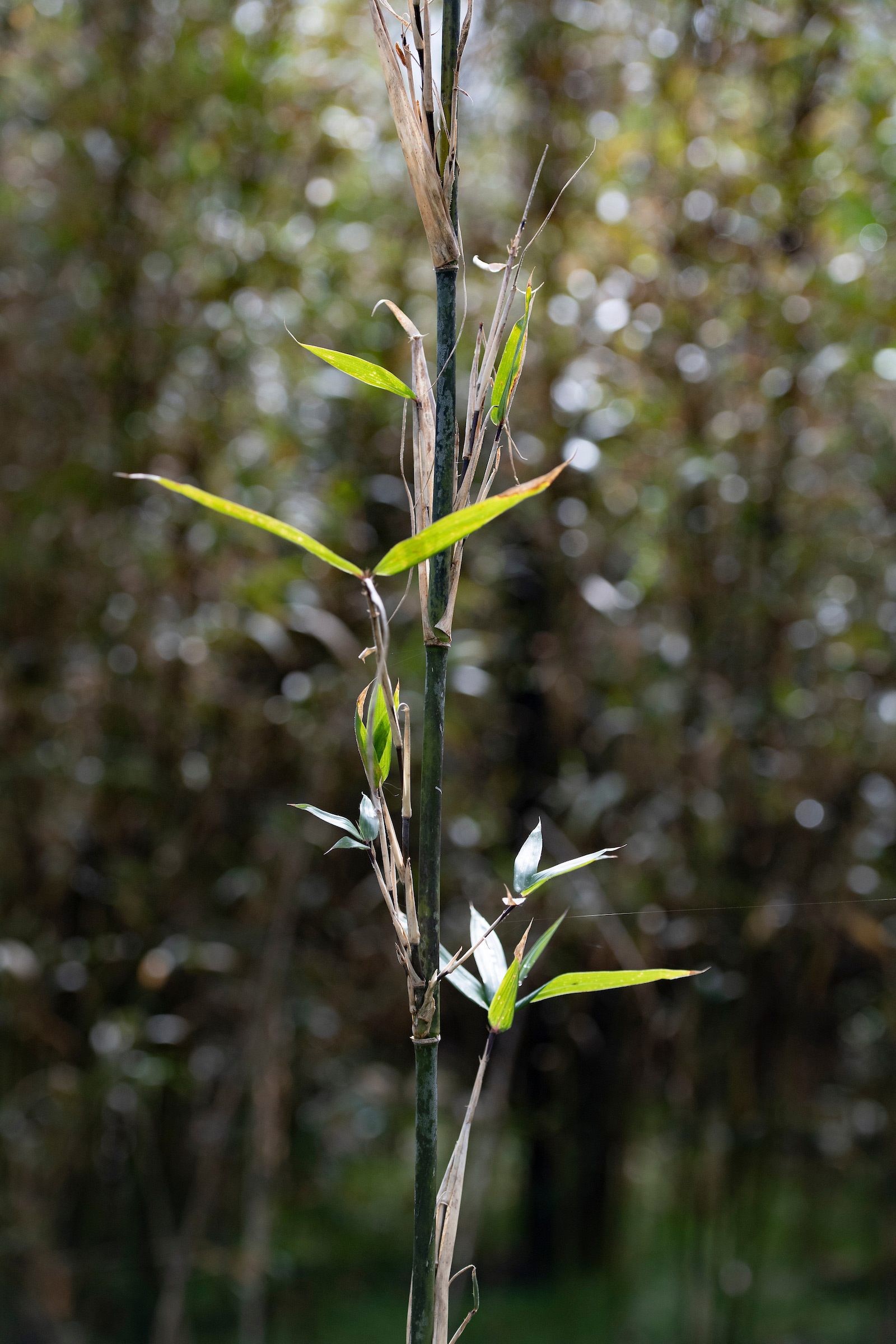 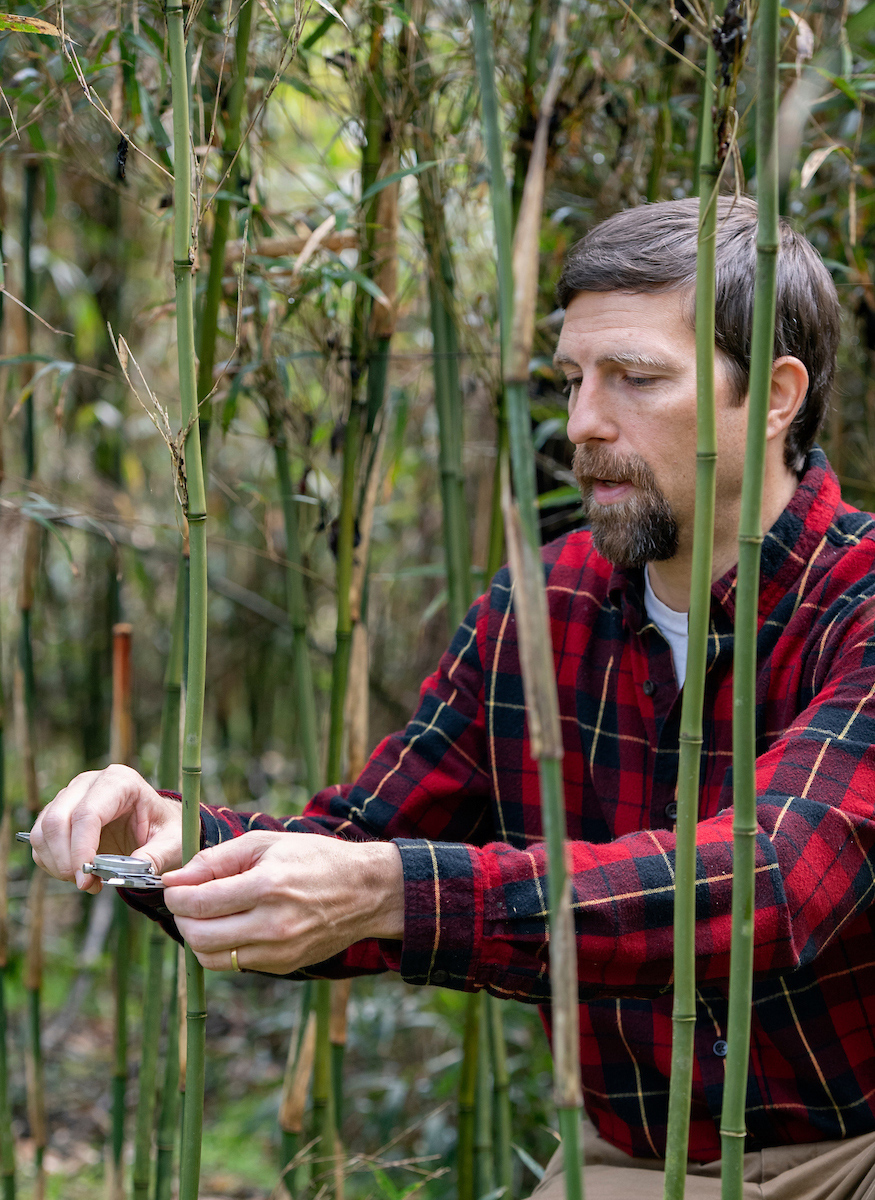 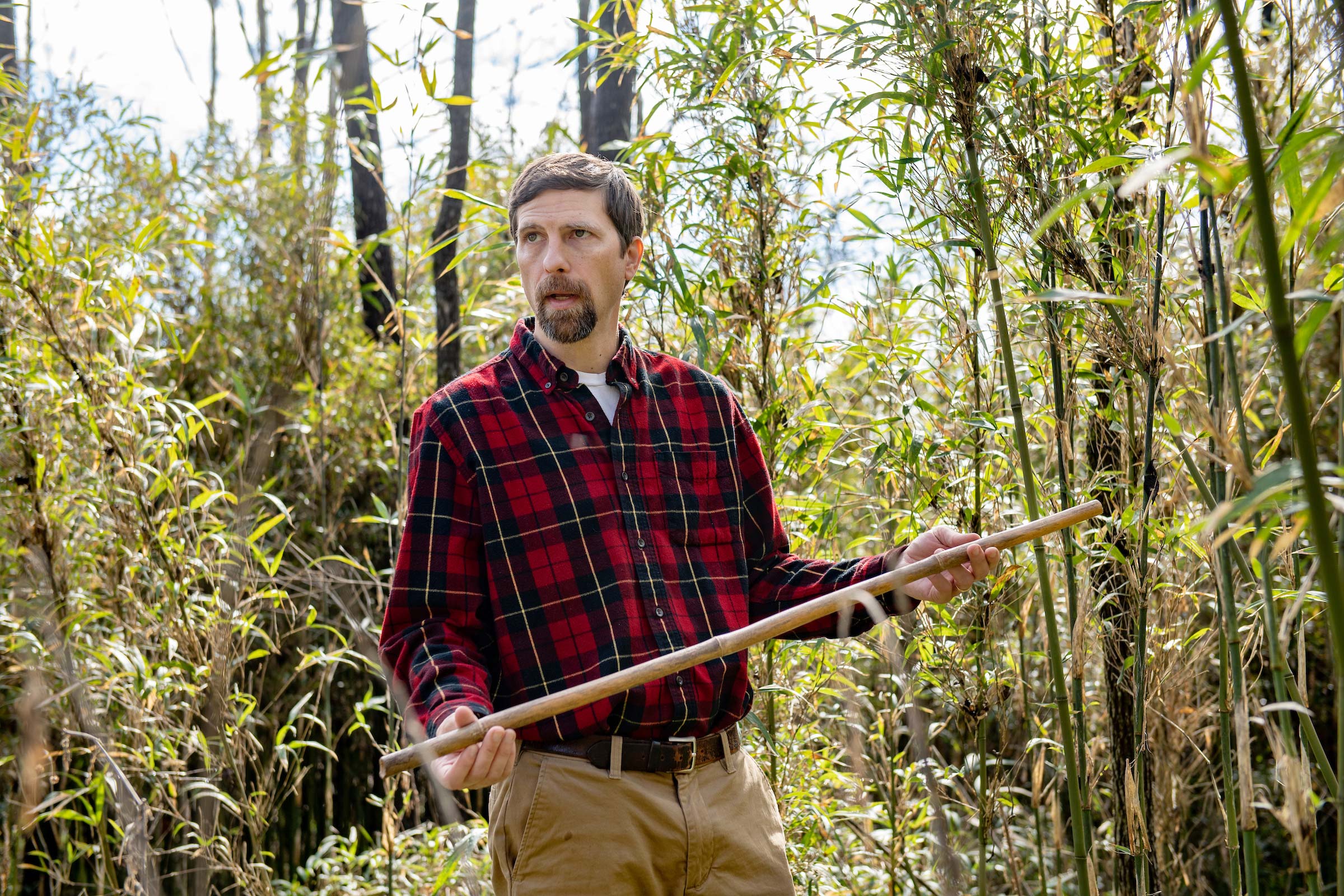 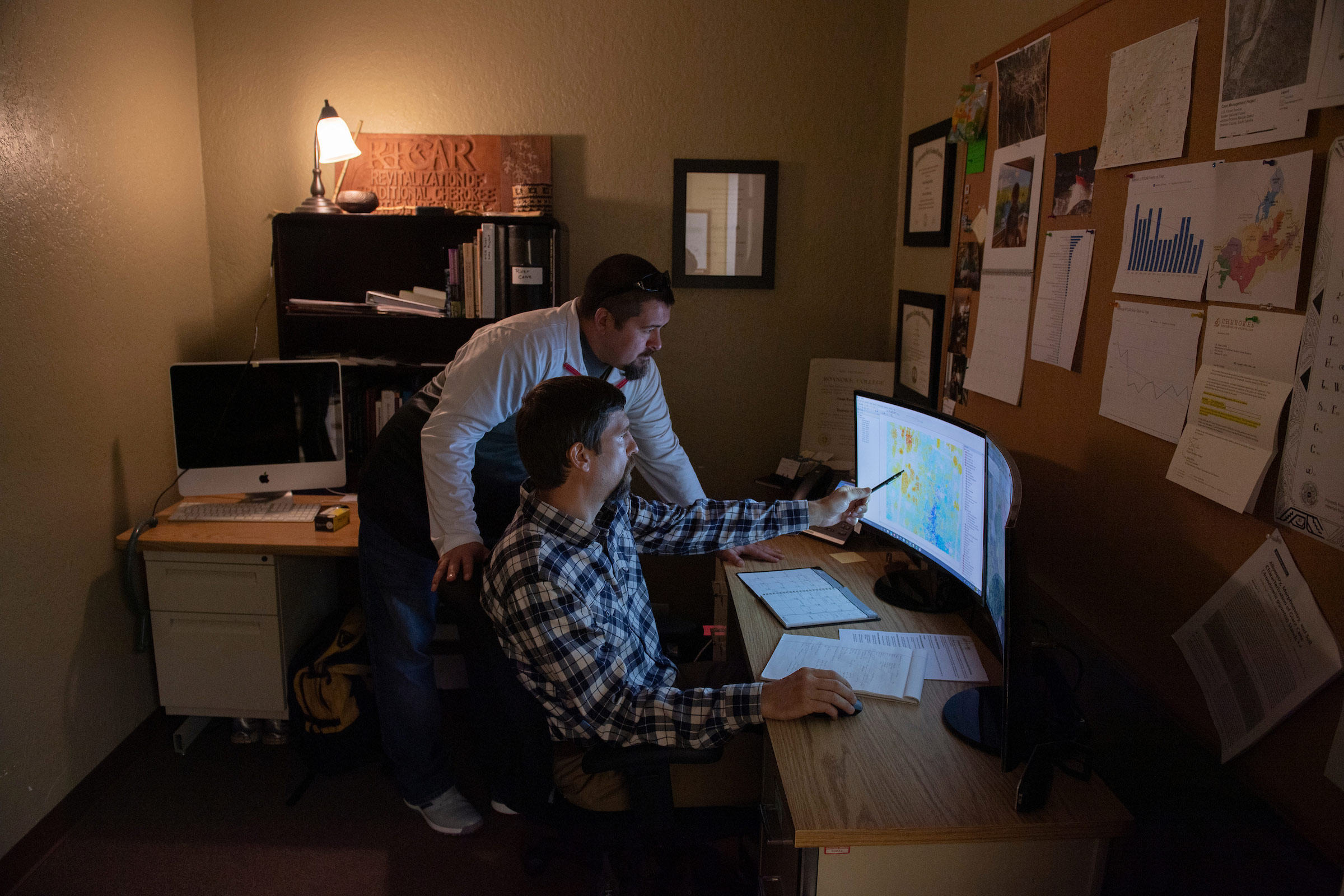 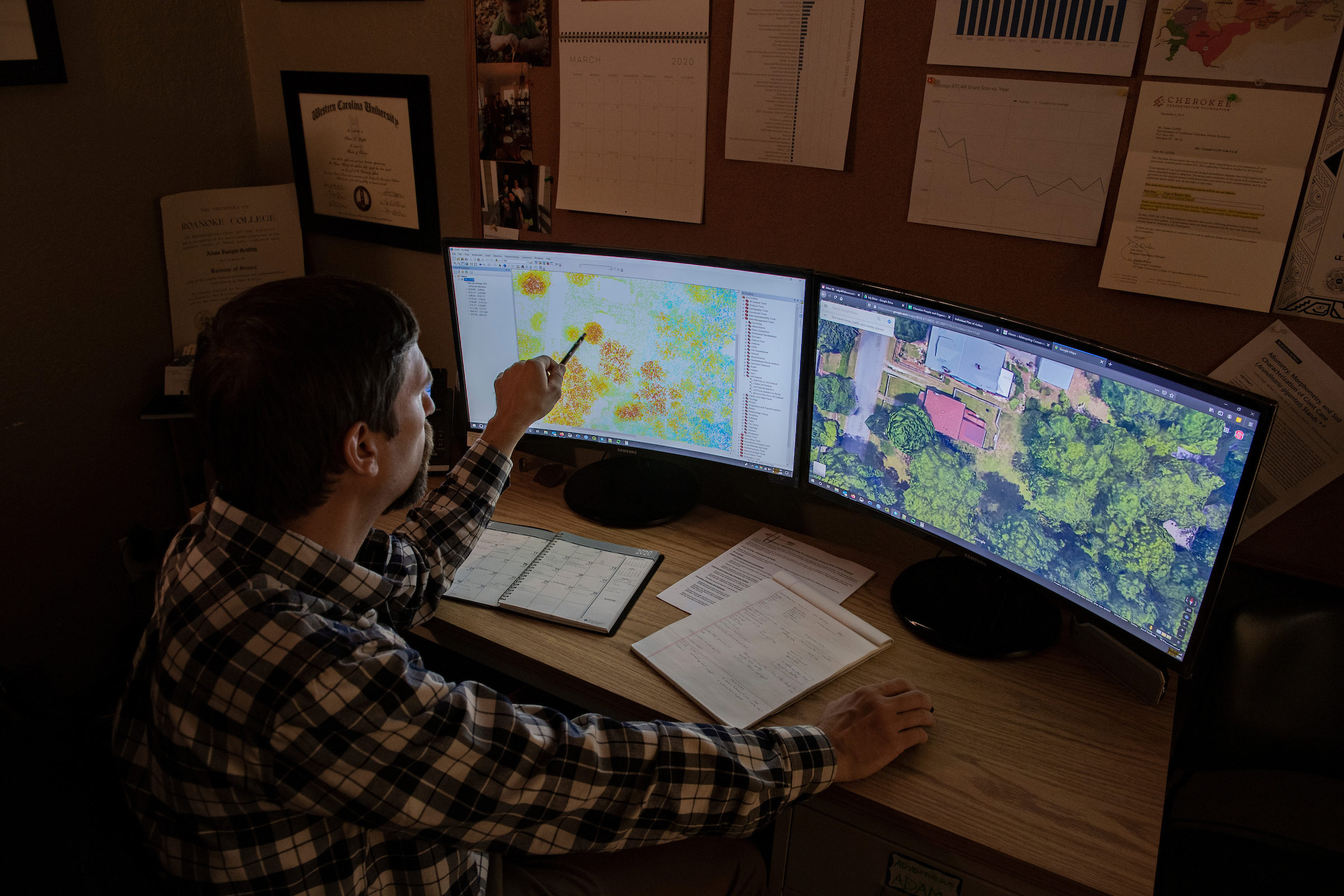 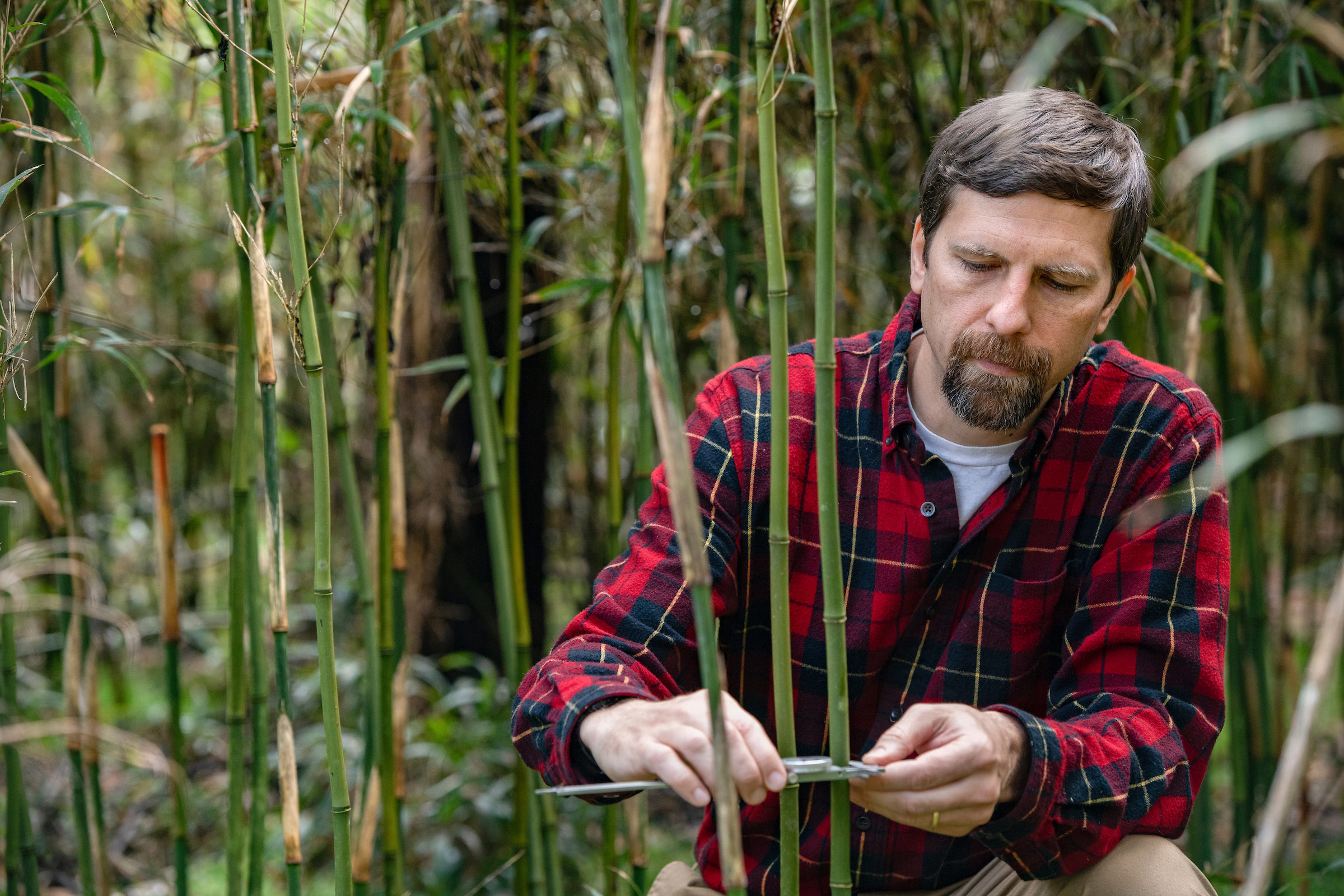 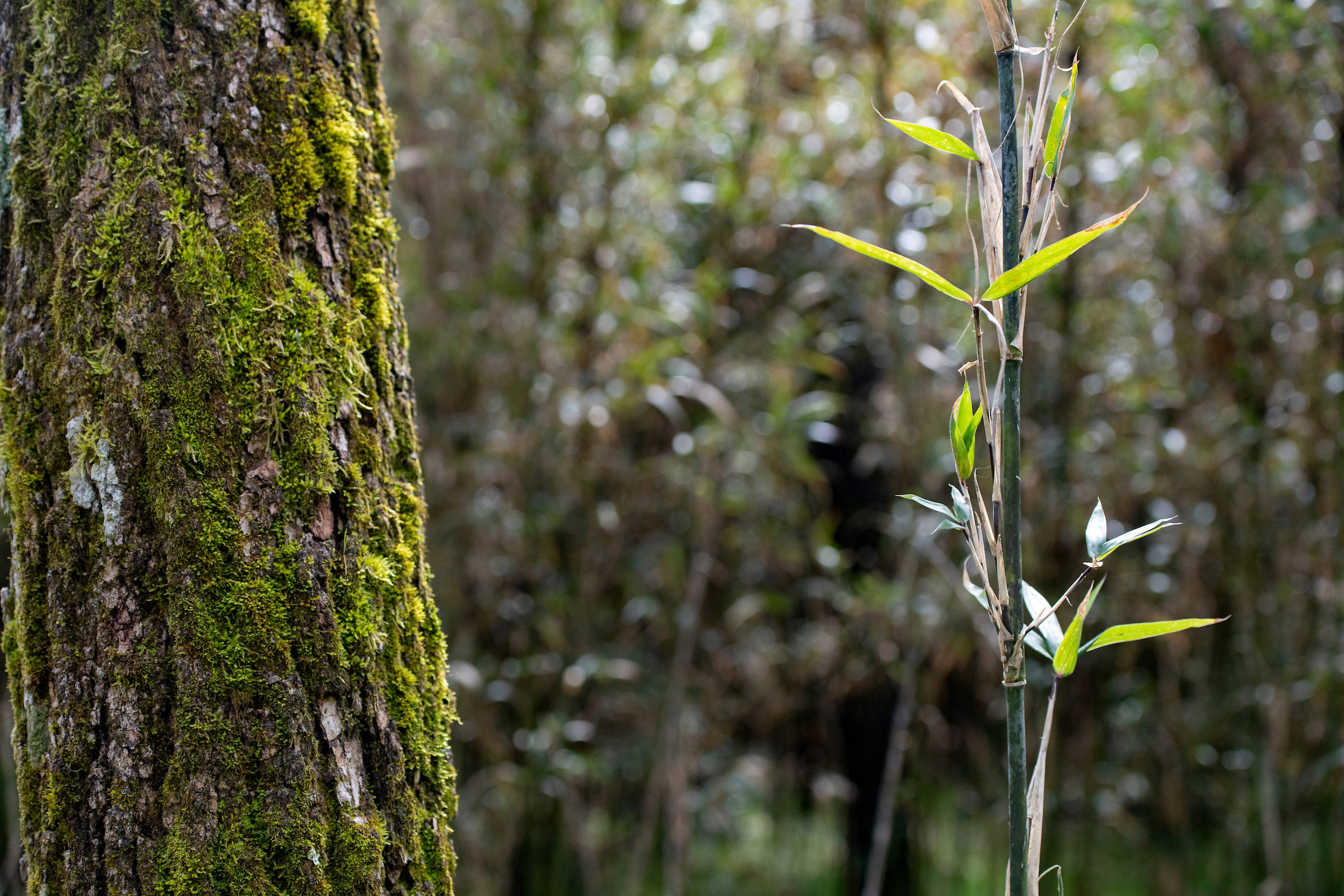 Rivercane was once plentiful in Western North Carolina. The tall, slender plant, a member of the bamboo family, still grows in thick stands along some riverbanks, but not in an abundance as in years past. Increased development and intentional removal throughout the region have reduced its presence on the local landscape, in some instances quite dramatically.

Rivercane was - and is - an important part of traditional Cherokee culture, a natural resource historically providing the raw material for basketmaking, mats, building material, arrow shafts, knives and even as medicine.

Griffith, a Pennsylvania native who now lives in Asheville, had his native botanicals and cultural stewardship career cultivated at Western Carolina University, during his graduate studies.

“I enrolled as a nondegree seeking student at Western in the spring semester 2005 with a goal of going to a big-name school, spending a lot of money and getting a power master’s degree and maybe going into debt, and just wanted to get some letters of recommendation from professors to use as a stepping stone,” Griffith said with a laugh. “Then I took a wetlands course with Rob Young (director of WCU’s Program for the Study of Developed Shorelines and professor of coastal geology).”

Rivercane was - and is - an important part of traditional Cherokee culture, a natural resource historically providing the raw material for basketmaking, mats, building material, arrow shafts, knives and even as medicine.

Sometime during that semester, Young asked Griffith if he wanted to continue at WCU for a master’s degree. The university’s graduate program in biology has an inclusive curriculum, with preparation for careers in environmental laboratories, biomedical research, wildlife agencies or teaching. There is a wide array of fields to concentrate on and access to other research facilities for a variety of research opportunities and learning partnerships.

"...Everything he needed for a “power master’s degree’ was right where he already was."

The goal of RTCAR is to put plant resources into the hands of tribal artisans. That means protection of those resources through land management and best practices for cultivation for natural materials such as rivercane, removal of invasive plant species, sharing Cherokee history and folkways, and increased awareness.

Rivercane also provides an important habitat for a wide variety of animals. “Historically, larger mammals such as deer and bear would bed there in the shelter of the cane, while small mammals like moles, voles, mice and shrews run amok in the loose soils of canebrakes,” he said. “The seeds would provide a food source and some animals are thought to have been canebrake ‘specialists,’ including the canebrake rattlesnake, the pearly-eye butterfly and Swainson's warbler, highly preferring the canebrake as habitat.”

There are other benefits, as well. Griffith said that rivercane serves as an important riparian corridor stream buffer, filtering out particulate matter and excess nutrients such as nitrates and phosphates. “When sediment and nutrients enter stream channels, fish cannot effectively hunt because they cannot see their prey, and algal blooms become more prevalent with excess nutrients,” he said. “The dense network of rhizomes also stabilizes the stream banks and reduces erosion."

“Rivercane can obstruct a homeowner’s view of surrounding mountains or neighboring waterways, or be an obtrusive growth,” Griffith said. Imparting the value of rivercane and taking steps for preservation, no matter how small, is an important step for outreach. Often it can begin by demonstrating rivercane use for streambank stabilization and preventative of soil erosion.

The rivercane project is funded by the Cherokee Preservation Foundation, which has goals to preserve culture and the environment, and promote economic development.

About the Master of Science in Biology Program 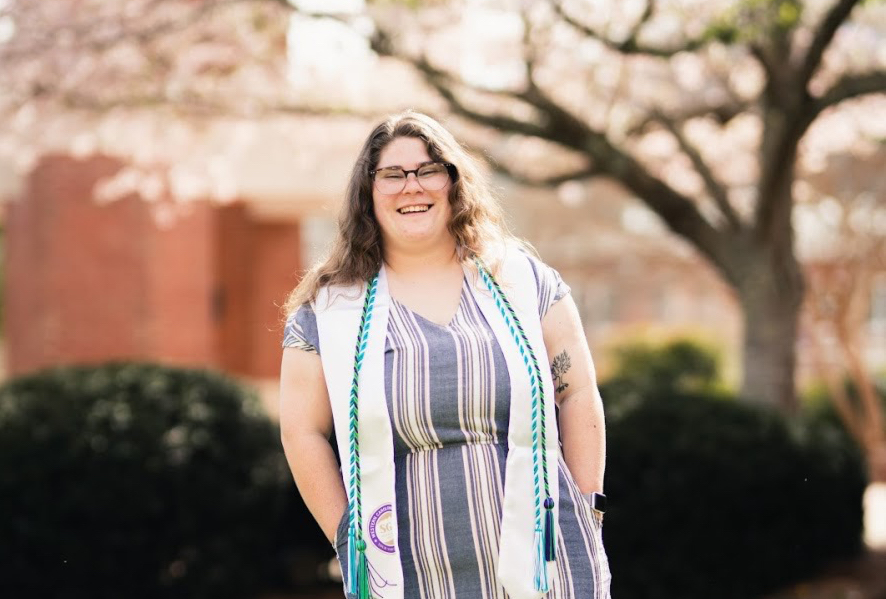