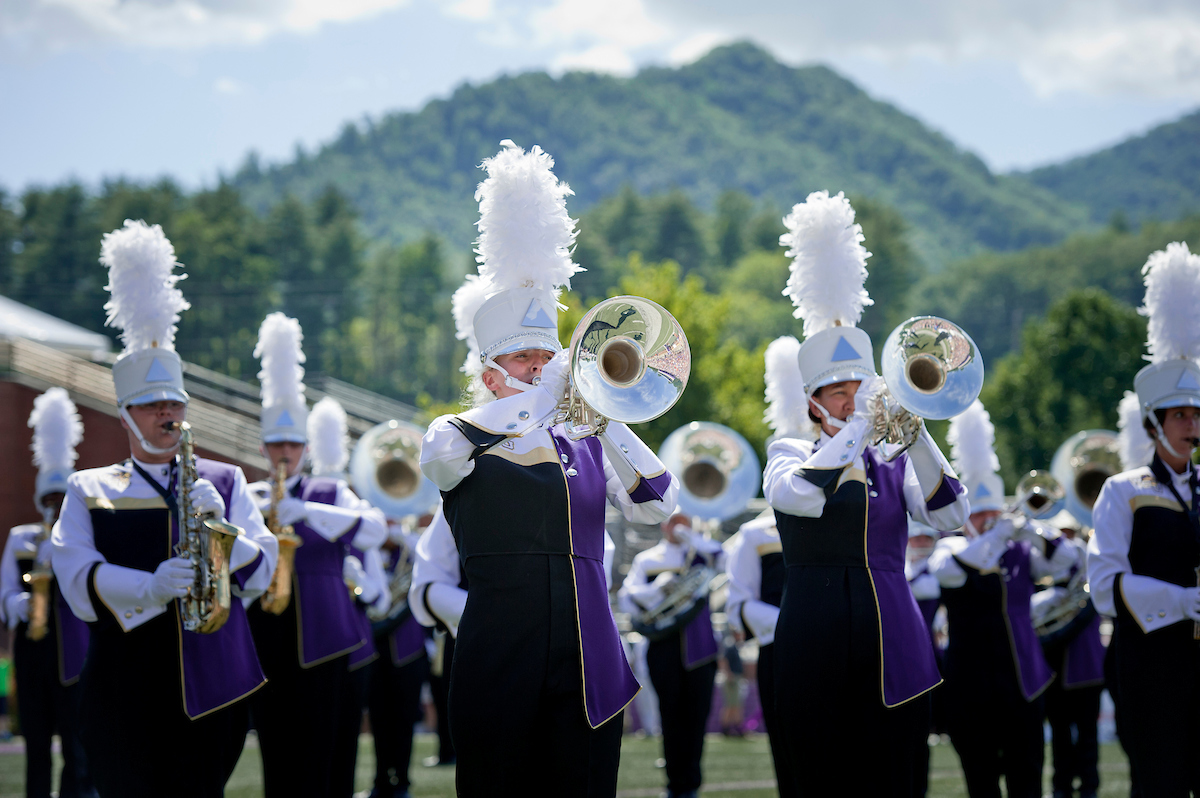 The Pride of the Mountains Marching Band has been invited back to perform at the 2019 Macy’s Thanksgiving Day Parade, following its 2014 appearance. To help defray band members’ out-of-pocket expenses, the band hopes to raise $150,000 on Giving Tuesday. 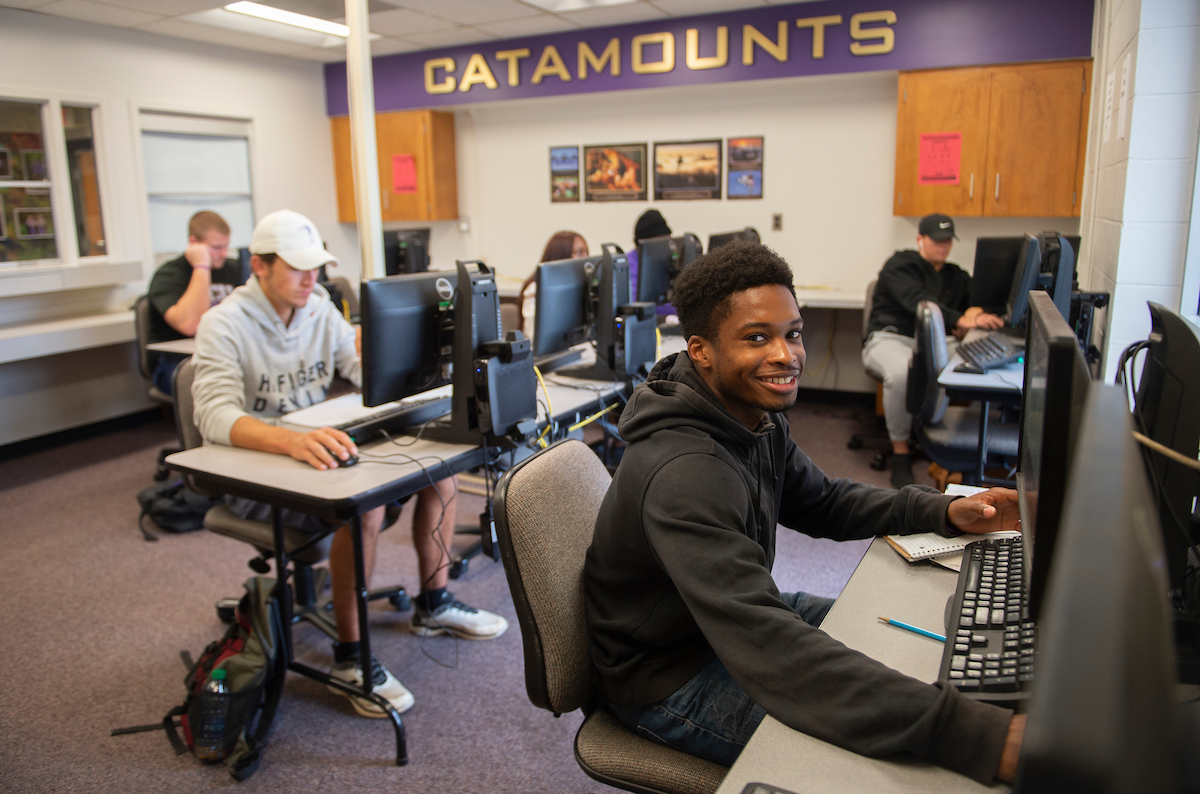 Nick Lawson (right), a member of the men’s track and field team from Huntersville, uses Student-Athlete Academic Support Services’ computer lab to help maintain a healthy GPA. The goal is to raise $13,000 on Giving Tuesday to upgrade its aging computers.

Many of WCU’s athletic teams have been recognized nationally for their impressive GPAs and strong academic standards, a direct result of the work done by the program’s five staff members, said Stacey Miller, associate athletic director for student success. The women’s softball team had the highest GPA among other women’s softball teams in the National Collegiate Athletic Association’s Division I in 2016-17, and the WCU men’s basketball and golf teams recently have been recognized in the top 10 percent of academic progress rate for their respective sport. 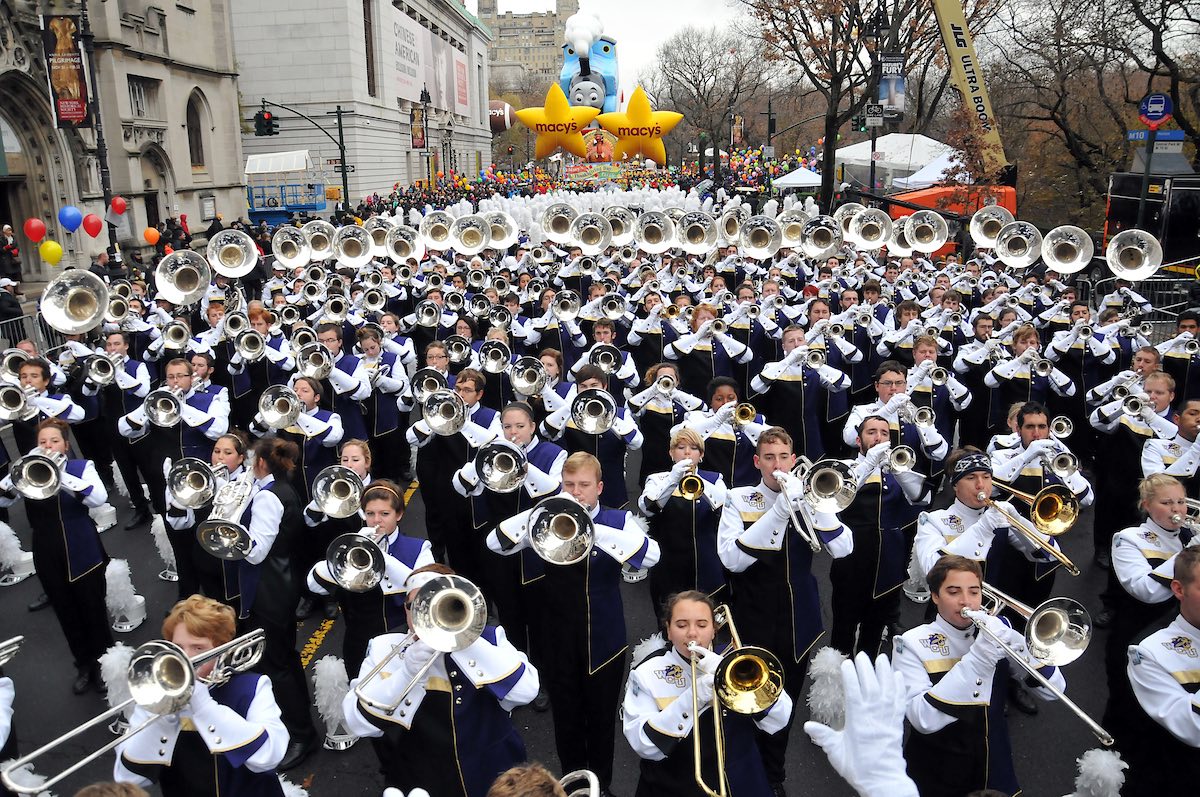 The Pride of the Mountains marched in the 2014 Macy's Thanksgiving Day Parade and will return in 2019 as one of few bands in the history of the parade to march twice in five years.

Starnes said he expects to take about 500 band members, the maximum allowed because of the number of instruments and uniforms, but he anticipates 650 applications for the band next year. “The stipulation was that a student who was going to Macy’s next year, had to be a member in good standing of the band this year, and we’re right at 490 members this year,” he said. “There are students who joined the band this year so they could be in the Macy’s band next year.” The band will take 10 chartered buses, the maximum allowed because of parking issues, Starnes said.

The parade is more than a road trip for his students, he said. It’s a three-hour, prime-time public relations campaign. “Kids see us on television and they say, ‘who is Western Carolina University’ and it’s a big draw for the university,” Starnes said. “I’ve already talked to several students in the last month or so who knew we were going to Macy’s and that weighed as part of their choice of a university. They want to make sure they come here to be a part of this once-in-a-lifetime opportunity.”

Donations to each of the Giving Tuesday projects can be made online or by contacting the WCU Division of Advancement at 828.227.7124 or advancement@wcu.edu.