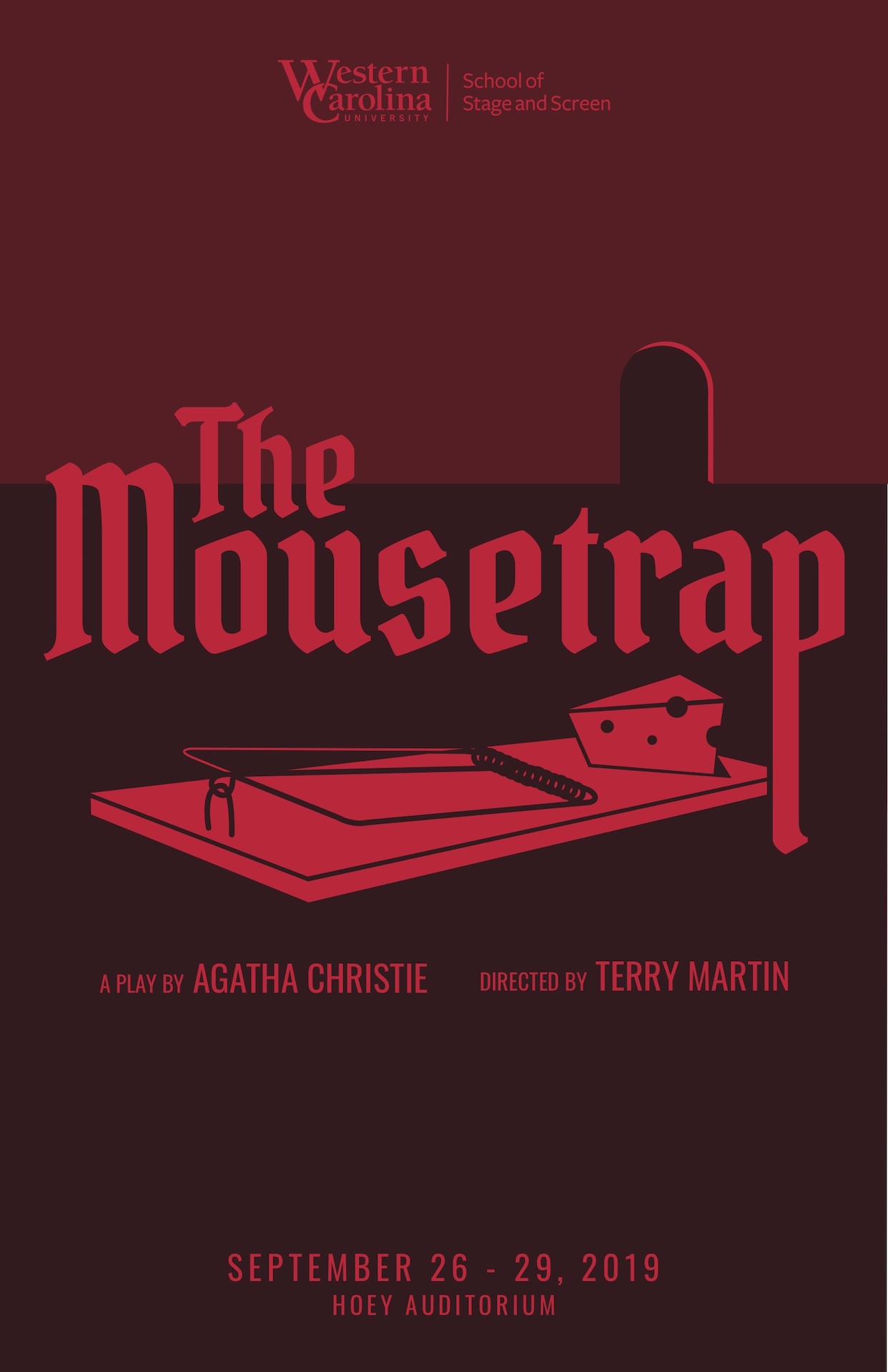 One of the most recognized murder mysteries in the world, the “longest running play in history” comes to WCU!

A group of strangers is stranded in a boarding house during a snow storm, one of whom is a murderer. The suspects include the newly married couple who run the house, and the suspicions in their minds nearly wreck their perfect marriage. Others are a spinster with a curious background, an architect who seems better equipped to be a chef, a retired Army major, a strange little man who claims his car has overturned in a drift, and a jurist who makes life miserable for everyone. Into their midst comes a policeman, traveling on skis. He no sooner arrives, when the jurist is killed. Two down, and one to go. To get to the rationale of the murderer's pattern, the policeman probes the background of everyone present, and rattles a lot of skeletons. 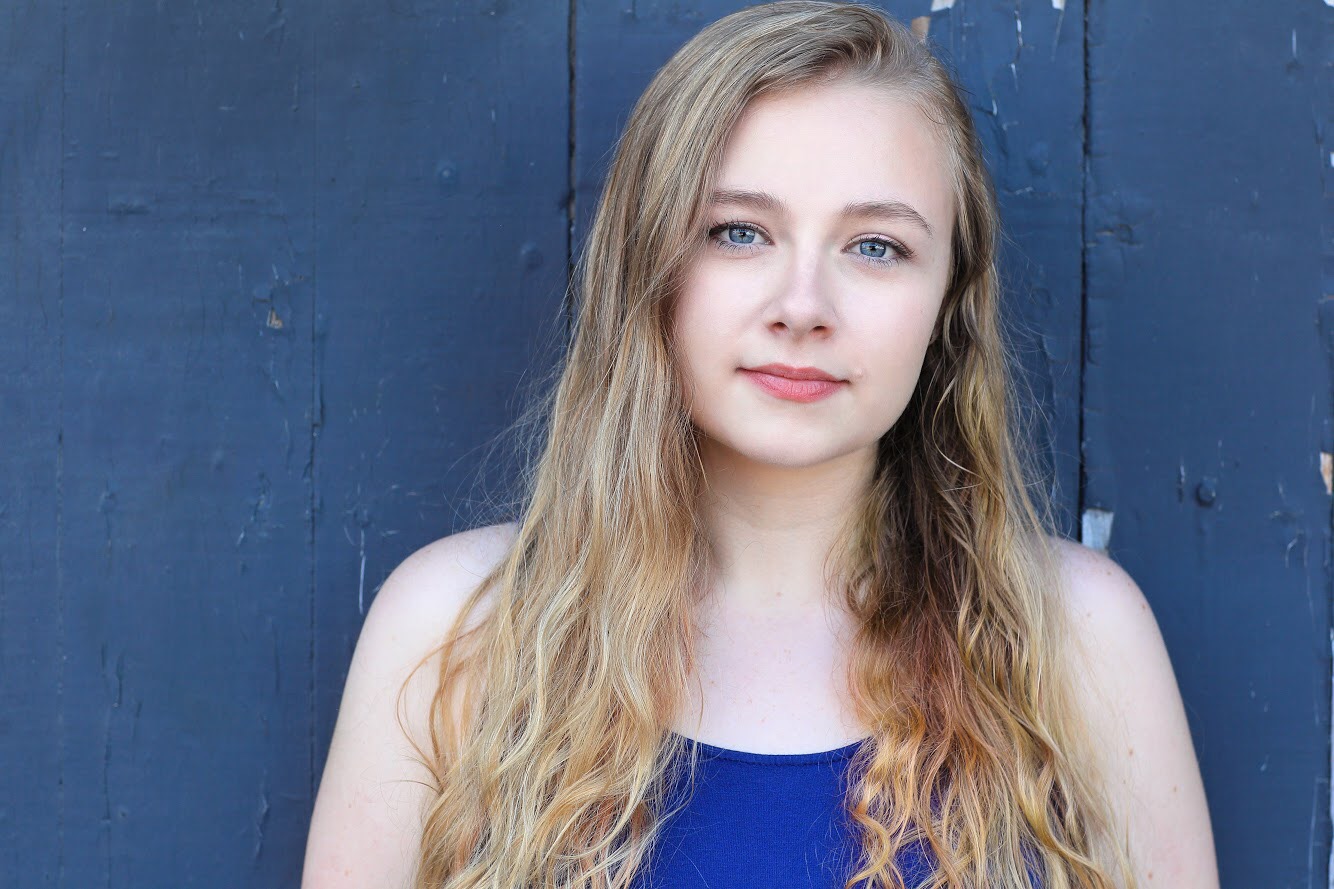 Kelsey Willard is ecstatic to be in a production in one of THE Agatha Christie's plays. She is currently a senior BFA Acting major in the School of Stage and Screen at WCU. Some of her previous credits with Stage and Screen include Olivia in "Twelfth Night", Belinda in "Noises Off", Bildad in "JB", and Rabbi/Ethel in "Angels in America". She wants to thank the cast and crew for the all the incredible work they've put into the show these past couple of months as well as her mom for being the bomb.com. 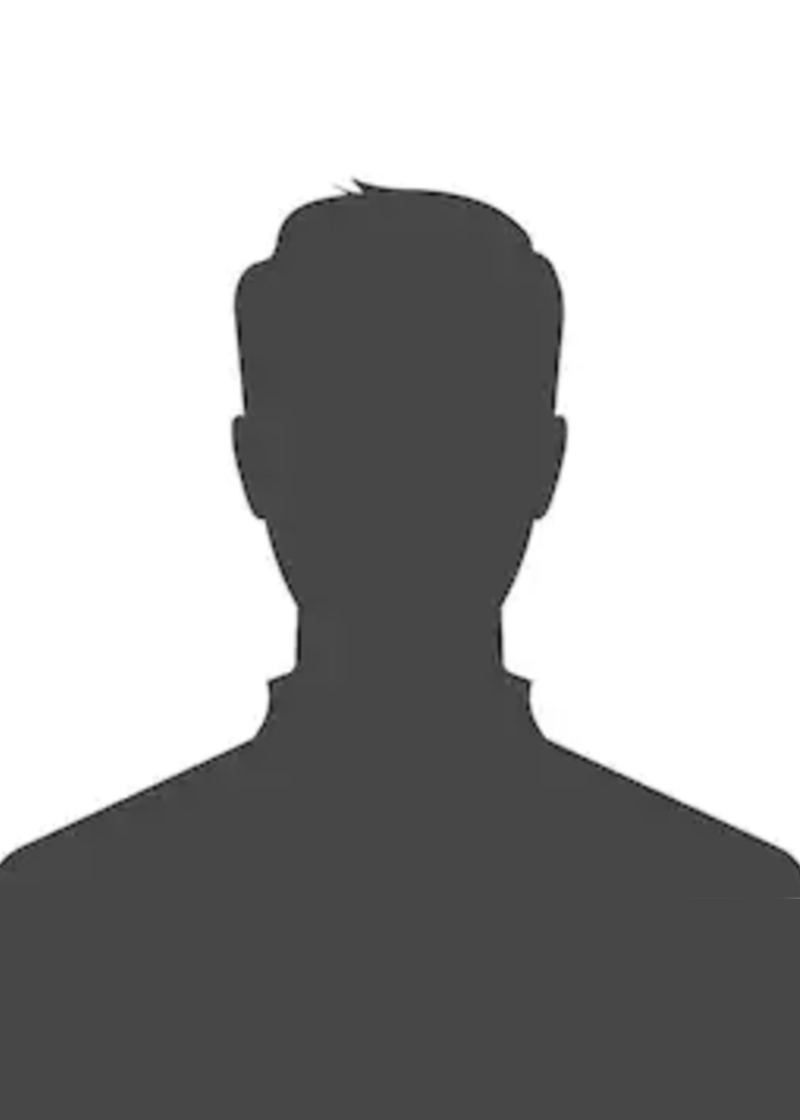 Ben Reilly is thrilled to be returning to the University Auditorium Stage after his only other appearance in Twelfth Night. He would like to thank his family and friends for supporting him, as well as the cast and crew of The Mousetrap. You may have seen Ben before in The Polar Express (Adapted for Train), Les Miserables, Jacque Cousteau’s Underwater Adventure, and Of Mice and Men. He is very excited to share with everyone the hard work that has been put into this show

Hi, I'm Cassidy Kyne, or as those of you in the audience will soon know me, I'm Miss Casewell. I am a senior BFA Acting Major here at Western Carolina University. It has been a privledge to be in this program, as well as be cast in this amazing production of "The Mousetrap" by Agatha Christie and I hope you all enjoy the show as much as I have enjoyed working on it! 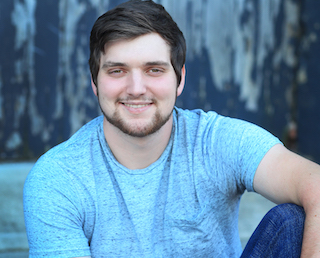 Bobbyis thrilled to be apart of The Mousetrap here at WCU! Bobby is a senior within the School of Stage and Screen, where he is majoring in musical theatre. Some of Bobby's favorite credits include Garry in Noises Off, Bill Sikes in Oliver!, the Adult Male tracks in Spring Awakening, and Morris Delancey in Newsies. Bobby would like to thank Terry Martin for this incredible opportunity, as well as his castmates, the crew, and everyone else helping to bring this show to life! Bobby would also like to thank all his friends and family for their continued support!

Tyler is a Junior BFA Musical Theatre Major. Some of his recent credits include Unto These Hills, Beauty and the Beast (WCU), Anything Goes (Catawba College), Bent (OLSS), and Little Shop of Horrors (Northern Moore Theatre). Along with Musical Theatre, he is an active songwriter, instrumentalist, and choreographer. Later in the semester, he will be music directing Songs For A New World in association with WCU’s Black Theatre Ensemble. Instagram: hi_there_tyler 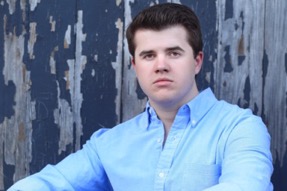 Tyler Ledbetter, “Mr. Paravicini,” is a Junior Musical Theatre major from Savannah, GA and is beyond excited to be part of such a fun, talented cast. At WCU, he has been seen in Spring Awakening as “Georg,” as well as “Cogsworth” in Beauty and the Beast. Most recently, he had the pleasure of playing “Michael” in Haywood Arts Regional Theater’s production of The Bridges of Madison County. Tyler would like to thank his parents Michele and Jeff, his sister Chloe, and his grandparents Maryellen and Michael Harmon for all of their support. He would also like to thank the faculty here at the School of Stage and Screen for all of the top-tier training that they provide. A special thanks to Ashlee and Colin Wasmund for being such amazing and caring professors and also Terry Martin for making The Mousetrap such a fun experience! 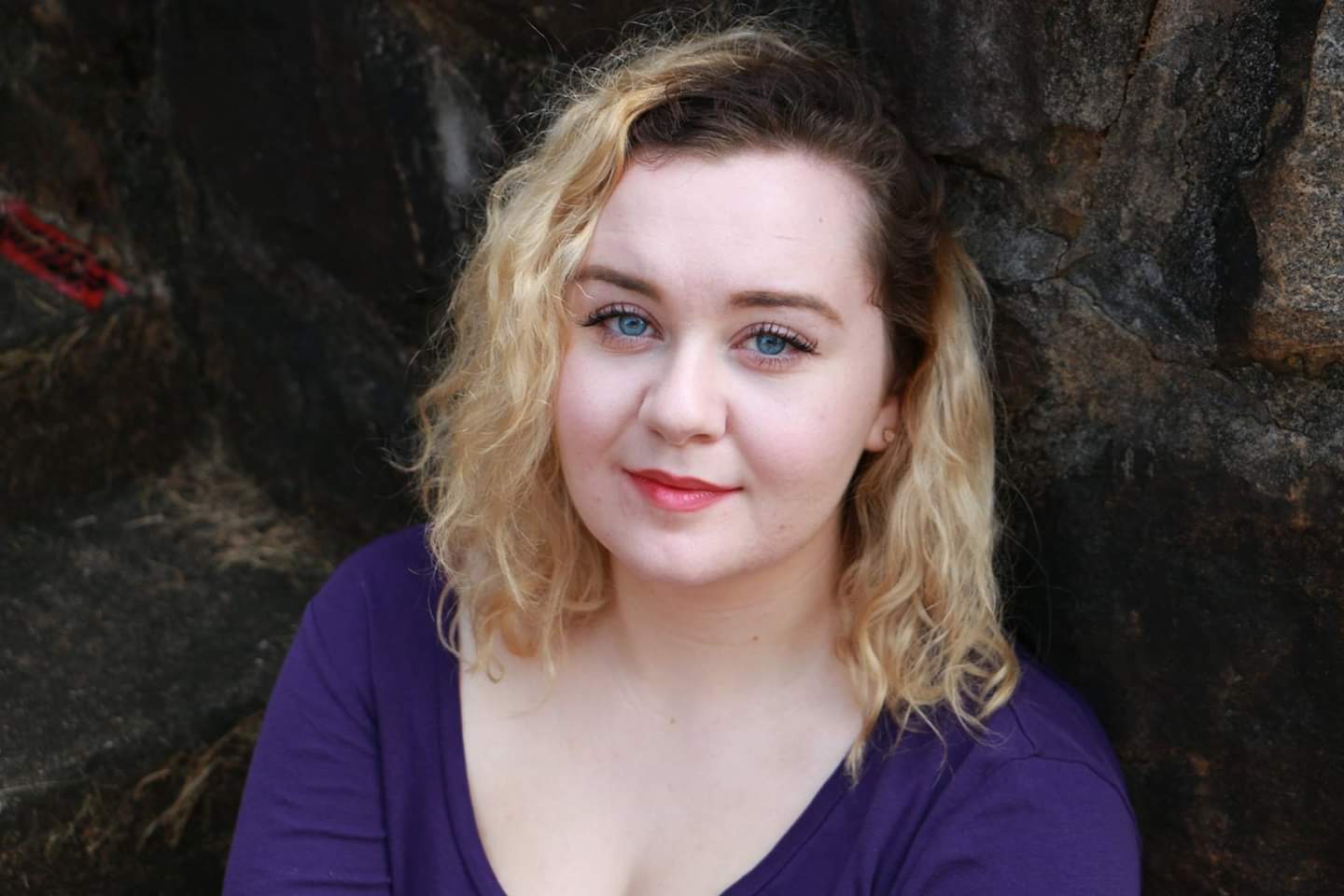 Kathryn Oden is a junior Musical Theatre major and Dance minor. Some of her favorite roles include Phoebe in A Gentleman's Guide to Love and Murder, Madame de la Grande Bouche in Beauty and the Beast, and Lily in The Secret Garden. She is so grateful to be working with this cast and crew and for the all the laughs during rehearsal. Instagram: kathryn_oden 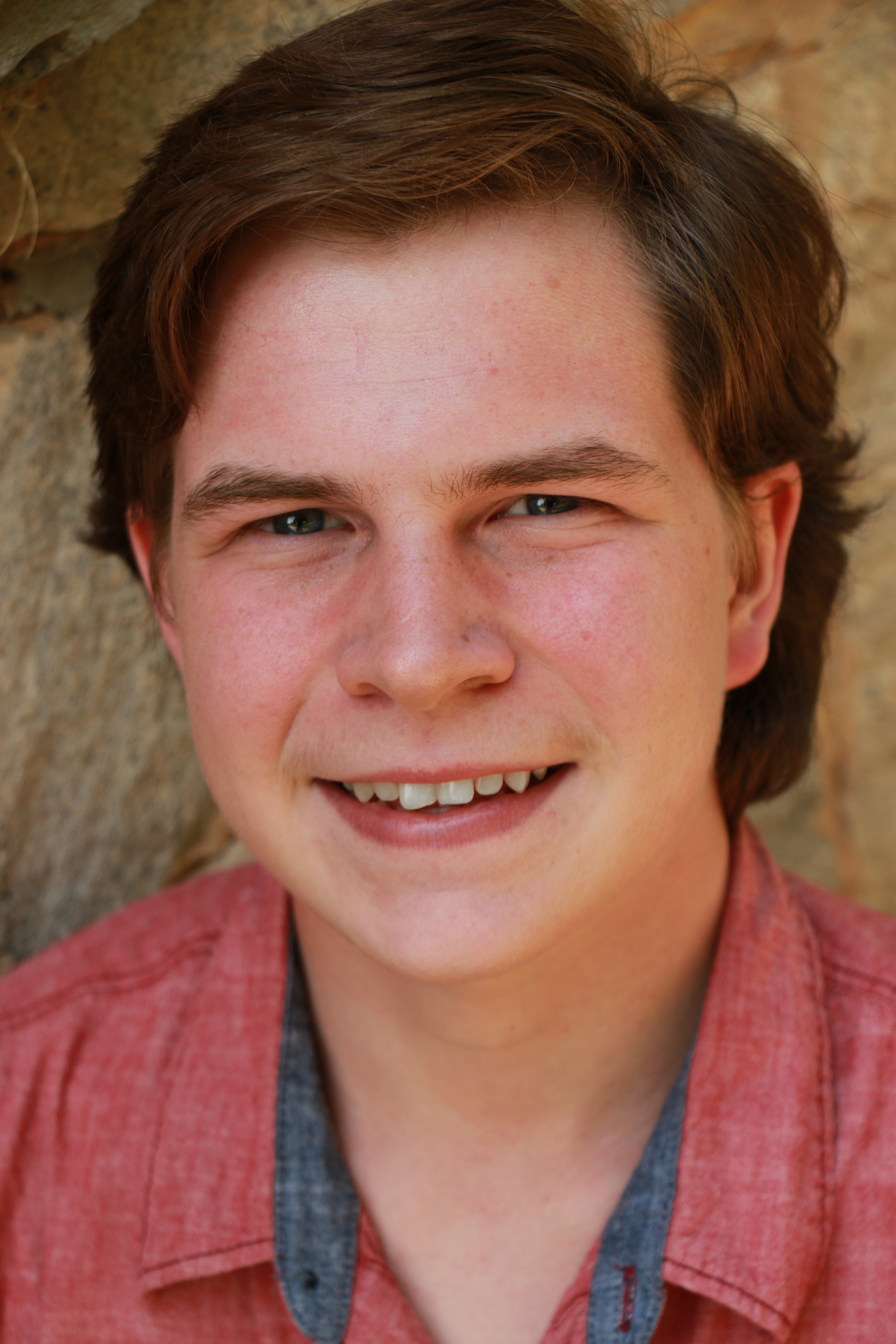 Jacob Whitlow is currently a Junior BFA Acting major from Roxboro, NC, and a Parks and Recreation Management minor. He is excited to be performing in this production of "The Mousetrap" by Agatha Christie as Sergeant Trotter. Jacob's previous roles at WCU include Johnny Newton in "Happy Birthday, Johnny Newton", Jonathon/Boy in "J.B.", Understudy Llyod and Selsdon in "Noises Off", and a few student productions. When Jacob is not in rehearsal or in class, he enjoys hiking and going on adventures, hanging out with friends, and sleeping. Jacob would like to thank his friends and family for all their support over the years, and the faculty for pushing him constantly. Jacob say’s that this show has been “great fun!” to be a part of and will forever remember the laughs shared during rehearsal.

Lilly Davis is a junior in the BFA Acting program. This is Lilly's second mainstage production as she was also an understudy for last spring's production of "The Wolves". 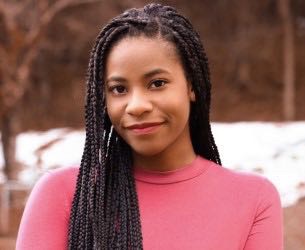 Arianna Haylock is a sohpomore Acting major and is very excited to be understudying Mollie in Western Carolina's "The Mousetrap". Her previous roles at Western Carolina include #11 in "The Wolves" in her Freshman year! She is very grateful for this opportunity and wants to thank her family, friends, and professors for their support!