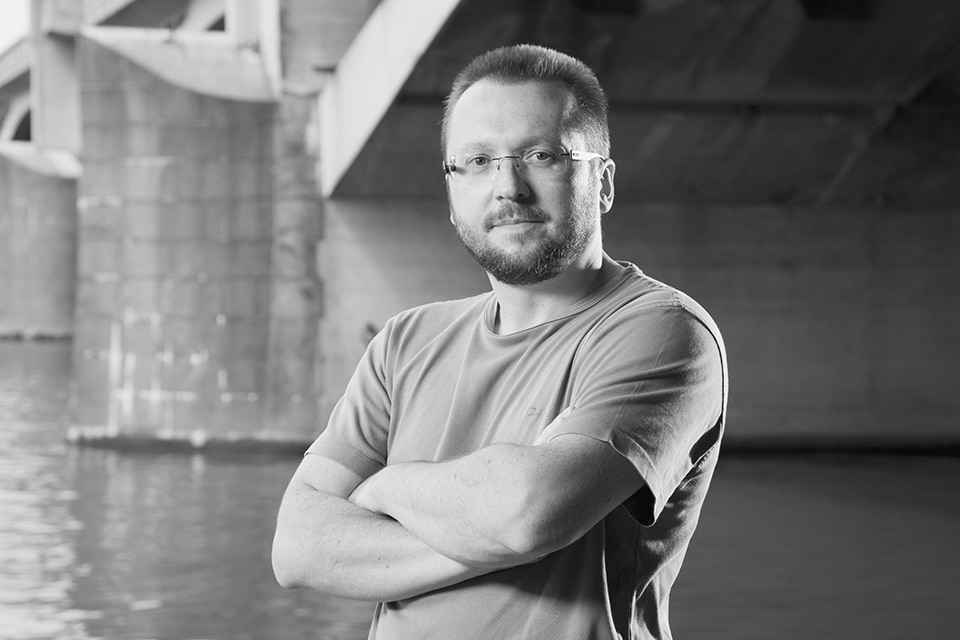 Pavel Wlosok, a Czech born American pianist, award winning composer, arranger and educator, received his classical education in piano performance and composition at the Conservatory of Music in Ostrava and Janacek Academy in Bmo, and earned bachelor and master degrees in jazz studies at the University of North Texas in Denton. Since August 2002, he has been professor in jazz, and Commercial Music and Audio Production aka CMAP at WCU.

While at UNT he served as pianist-composer for the One O’clock Lab Band and as solo pianist for the UNT Wind Symphony, touring with the ensemble in Europe and North America. In June 2007, WCU’s Smoky Mountain Brass Quintet performed Wlosok’s original commissioned piece “Five Miniatures for Brass Quintet” at Carnegie Hall in New York City.

Pavel has had five Jazz albums released between 2012 and 2018 on European label New Port Line: “Live At The Grey Eagle – Jubilee Suite” (2012) with John Riley on drums and Mike McGuirk on double-bass, “Czechmate” (2013) featuring Joel Frahm on tenor and soprano saxophones, “Alternate Reality” (2014) featuring Grammy Award winner Donny McCaslin on tenor saxophone, “Smile Baby Smile” (2016) with guest guitarist Paul Bollenback, and a solo release "Respectfully Yours" (2018) paying homage to his hero jazz composers. He has also released two more albums “Storyteller” (2018) featuring Rick Margitza on tenor saxophone and “Never Too Old For Love" (2020) with guest vocalist Carly Johnson accompanied by the Wlosok/McGuirk/Riley trio. All of Pavel's records are available through his website at www.pavelwlosok.com as well as online stores such as iTunes, Amazon, and CD Baby as well as available for direct streaming via iTunes Music, Spotify, and Rhapsody.

Since 2015 Pavel has been serving as pianist and choir director at the United Memorial Methodist Church in Franklin, NC.

Pavel and his wife Andrea, a classical pianist and piano teacher, live in Sylva, NC along with their three daughters.

Anything related to jazz music and pedagogy, music theory, composition and arranging, song-writing, and piano instruction, including classical field of study. In addition, ability to teach recording arts, including tracking, mixing, mastering, publishing, and production as well as use of vintage analog technologies such as tracking via vintage analog boards by Studer, Calrec, Cadac, or Neve and recording to reel to reel 1/2" analog machine.