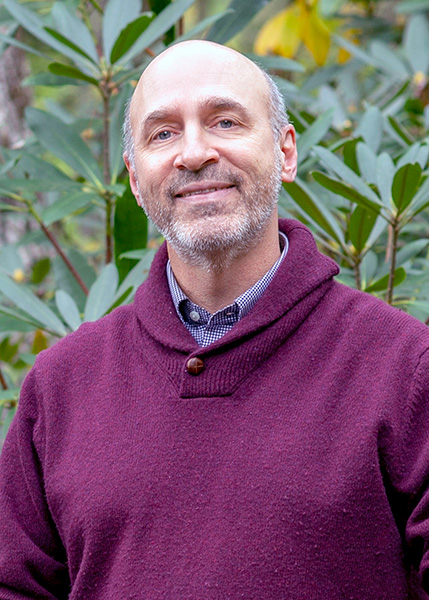 <b>Jim Costa</b> is Executive Director of the Highlands Biological Station and Professor of Evolutionary Biology at Western Carolina University, where he has taught courses in genetics, entomology, evolution, and biogeography since 1996.<br> Jim's many interests include insect behavior and ecology, environmental history and philosophy, conservation biology, and the history of science. His research has focused in recent years on Charles Darwin, Alfred Russel Wallace, and the history of evolutionary thought. He has authored numerous research papers, reviews, magazine articles, and 7 books, most recently <i>Darwin's Backyard: How Small Experiments Led to a Big Theory</i> (W. W. Norton, 2017) — a finalist for the American Association for the Advancement of Science/Subaru Prize — and the co-edited volume <i>An Alfred Russel Wallace Companion</i> (Chicago, 2019). <br>Jim has held fellowships at Harvard’s Radcliffe Institute for Advanced Study, the Berlin Institute for Advanced Study, and the New York Botanical Garden's LuEsther T. Mertz Library. He lectures widely in the US and Europe, is a regular travel program leader/lecturer for the Harvard Museums of Science and Culture, and for many years co-instructed Harvard’s Darwin summer program at the University of Oxford. Jim's recent honors include 2017-2019 Sigma Xi Distinguished Lecturer, and the Alfred Russel Wallace Medal (2017), and his book <i>Darwin's Backyard</i> was a Finalist for the AAAS/Subaru Prize for Excellence in Science Books.

Insect behavior and ecology; Conservation; History of evolutionary biology; Charles Darwin, Alfred Russel Wallace, and other explorer-naturalists of the 18th and 19th centuries.