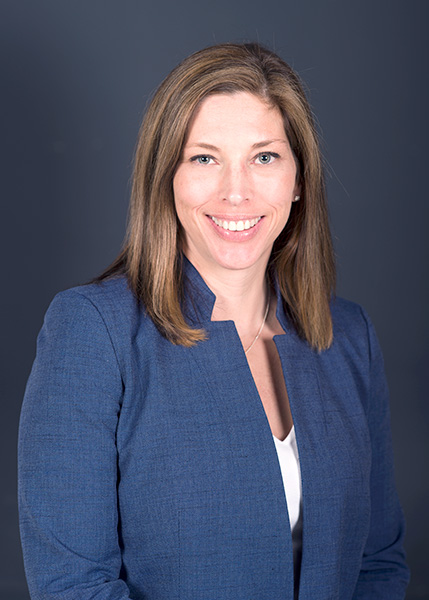 Ms. Messer graduated from the University of Arizona with a Bachelor of Science in Biology. She returned to school in 2009 and graduated from WCU's Accelerated Bachelor of Science in Nursing program in 2010. She began her nursing career working in a Medical Surgical Intensive Care Unit at Mission Hospital. During her first year of working in the ICU, she was invited to be the co-chair of the unit-based practice council, and quickly became passionate about nursing leadership. She began a Master of Science in Nursing (Nursing Education) program (WCU) in 2010, and graduated in 2013. For her MSN project, Ms. Messer focused on mobility in the critically ill patient, and her work was published in 2015 in <i>Critical Care Nurse</i>. While working in the Medical Surgical Intensive Care Unit, Ms. Messer served as the Patient Safety Officer for the hospital’s critical care service line, co-chair of the unit-based practice council for two years, chair of the unit-based practice council for two years, and chair of the hospital-based practice council for one year.<br><br>Ms. Messer began working with WCU's School of Nursing as an adjunct professor in the Fall of 2014; She joined the university full-time in Spring, 2017, teaching in the Accelerated Bachelor of Science in Nursing program. She began a PhD program with the University of North Carolina at Greensboro in 2017, and plans to complete her dissertation research early this summer. Her research area of interest is the care of people with substance use disorders who are acutely ill.

Mobility in the ICU, Moral Distress in Nursing, Substance Use Disorders (SUD), Hospital care of people with SUD's