Students come from different areas of the world to work on their future at Western Carolina University. This timeline is an introduction to the history of their new home. 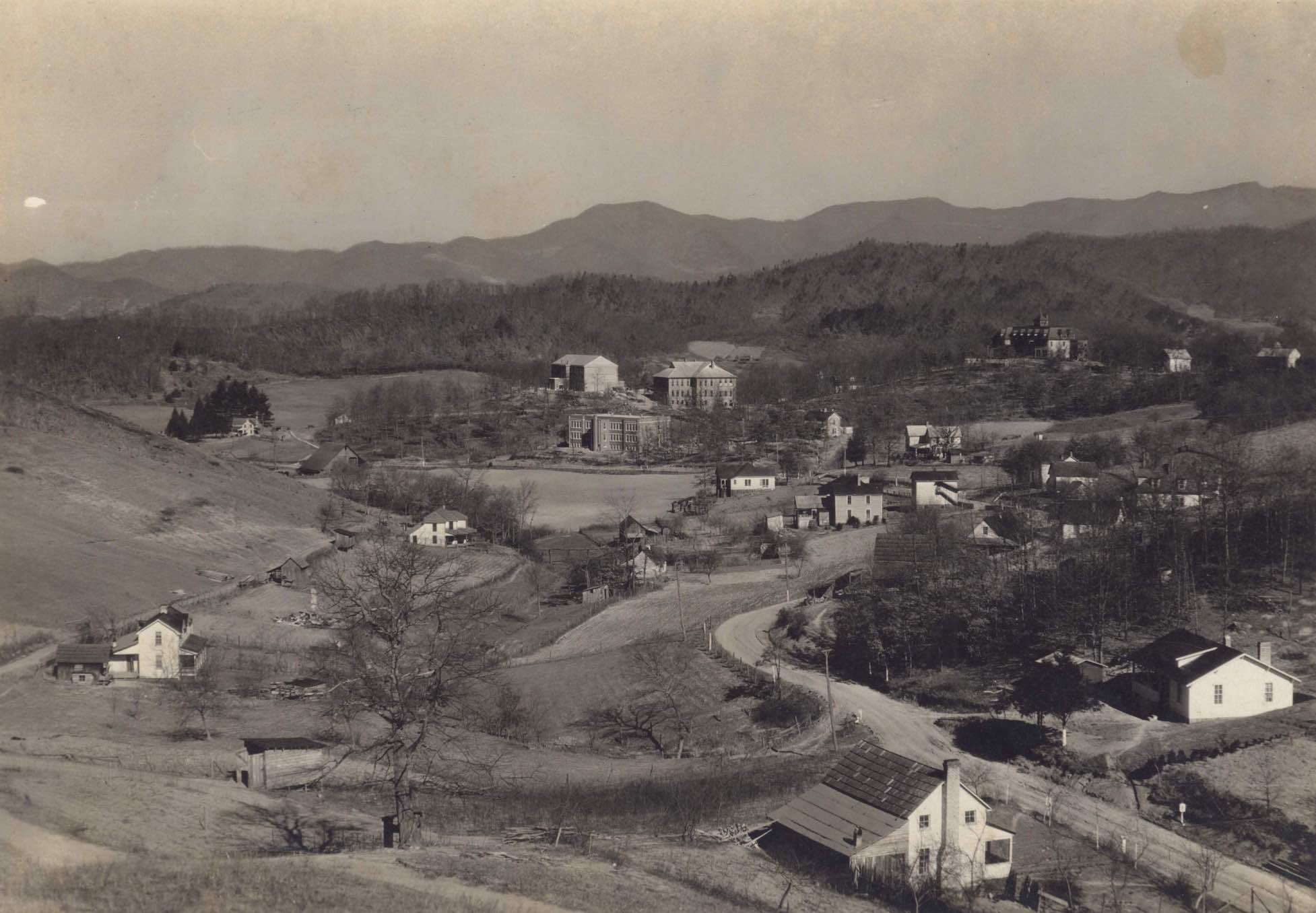 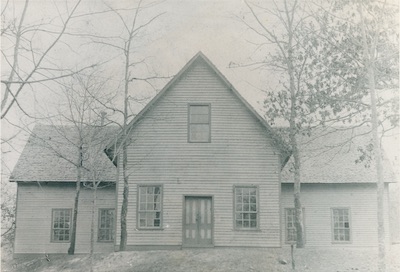 On August 5th, 1889, Robert Lee Madison began teaching in an unpainted building with only a few long benches and a blackboard. This building, which was known as the Normal School, was located between the present university steam plant and Breese Gymnasium. The Liberty School building in Jackson County was knocked down and rebuilt as a back wing to the Cullowhee Academy Building. 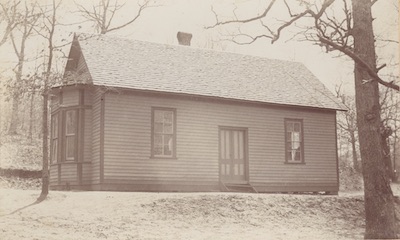 Between 1890-91 the Music and Art Building was added next to the Normal School building. 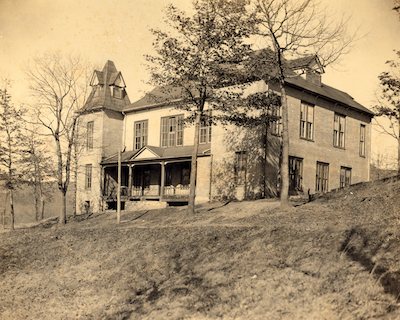 “Old” Madison, a multi-purpose building with classrooms, an auditorium, and offices, was completed in 1904.  The first building on campus purchased with state funds, the timber and stucco structure cost $6,989 and was constructed by the Sylva Supply Company. “Old” Madison was located up the hill behind the other two buildings and housed the normal department until the construction of Joyner in 1913, when it was used as the boys’ dormitory. Old Madison was home to the Madison bell tower which would ring every day. Wooden stoves heated the building until 1910 when the first steam plant started operating. Old Madison was torn down in 1930 and replaced by the new Madison building around 1939. 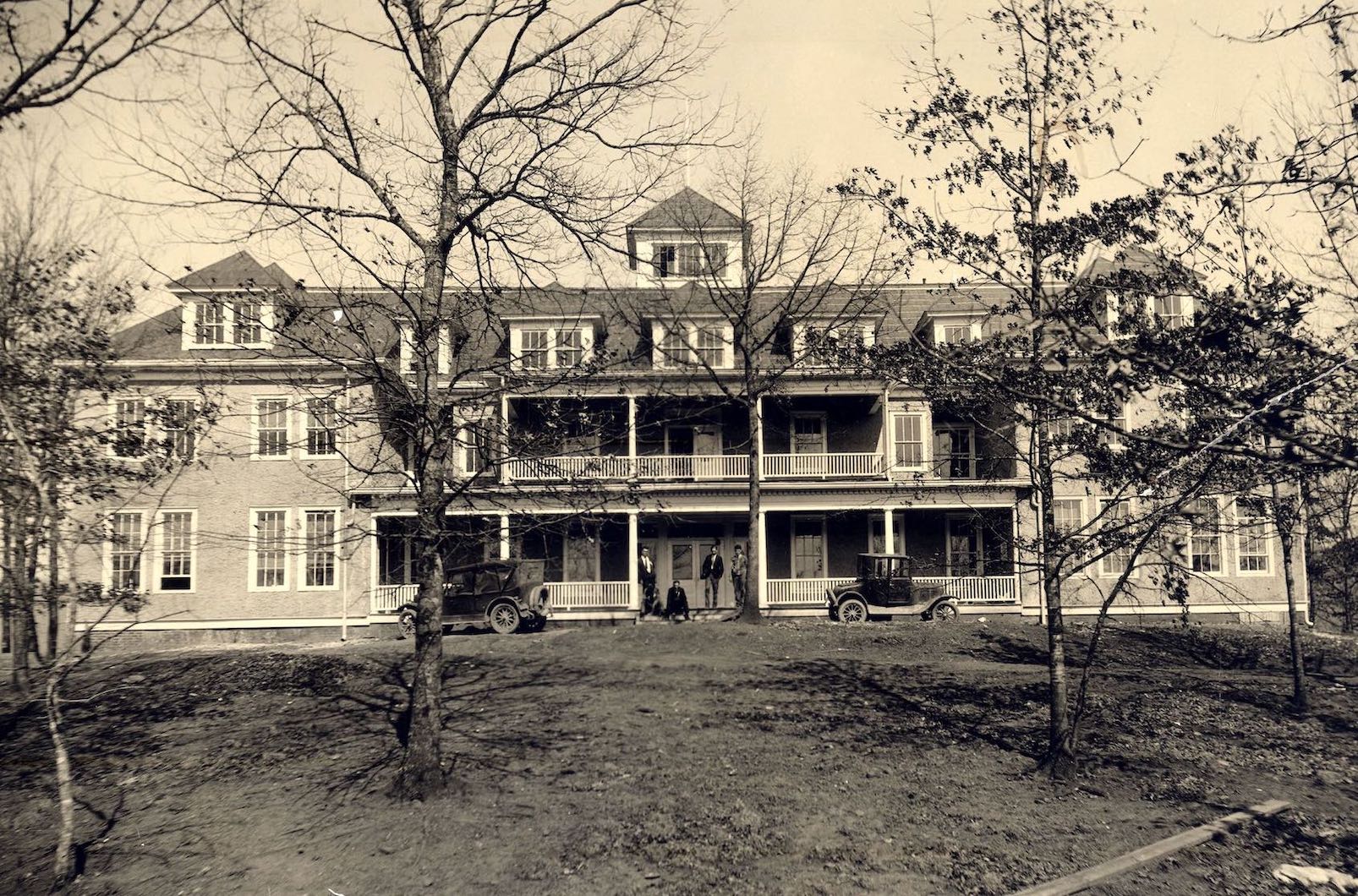 In 1909, the school’s first dormitory was built at the top of the hill above the Old Madison building. It was opened for women in the fall of 1909 but was not occupied until 1910, when one woman lived in the entire building. The Davies Home was torn down between 1950-51 and replaced by Reynolds in 1953. 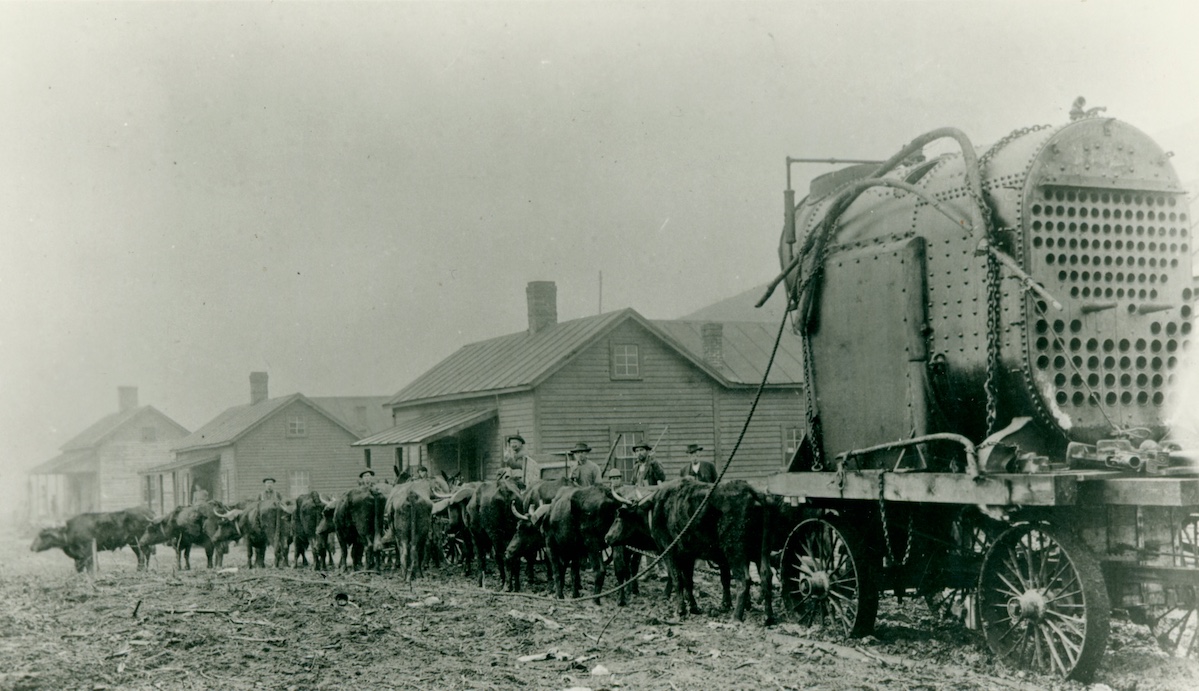 In 1910, the Old Steam plant consisted of one boiler that was pulled by oxen from Sylva to Cullowhee after coming off a train. 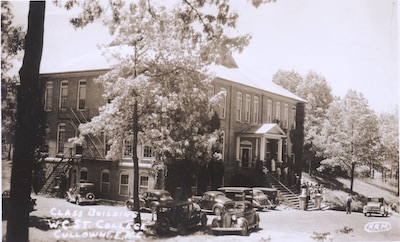 In 1913 Joyner was completed during A.C Reynolds’ second year as the school’s President. When Joyner was constructed it replaced Old Madison as the center of campus life. Joyner was filled with classrooms, literacy society rooms, a large multi-purpose room, book room, a small library, and an administrative office. Joyner unfortunately burnt down in 1981, but until 1952 Joyner housed the only library on campus.

In 1917 President Reynolds made plans for a new dormitory which would later be called Moore. Unfortunately with little funding it could not be constructed at that point. The brick factory located in Cullowhee did begin to create the materials for the building. 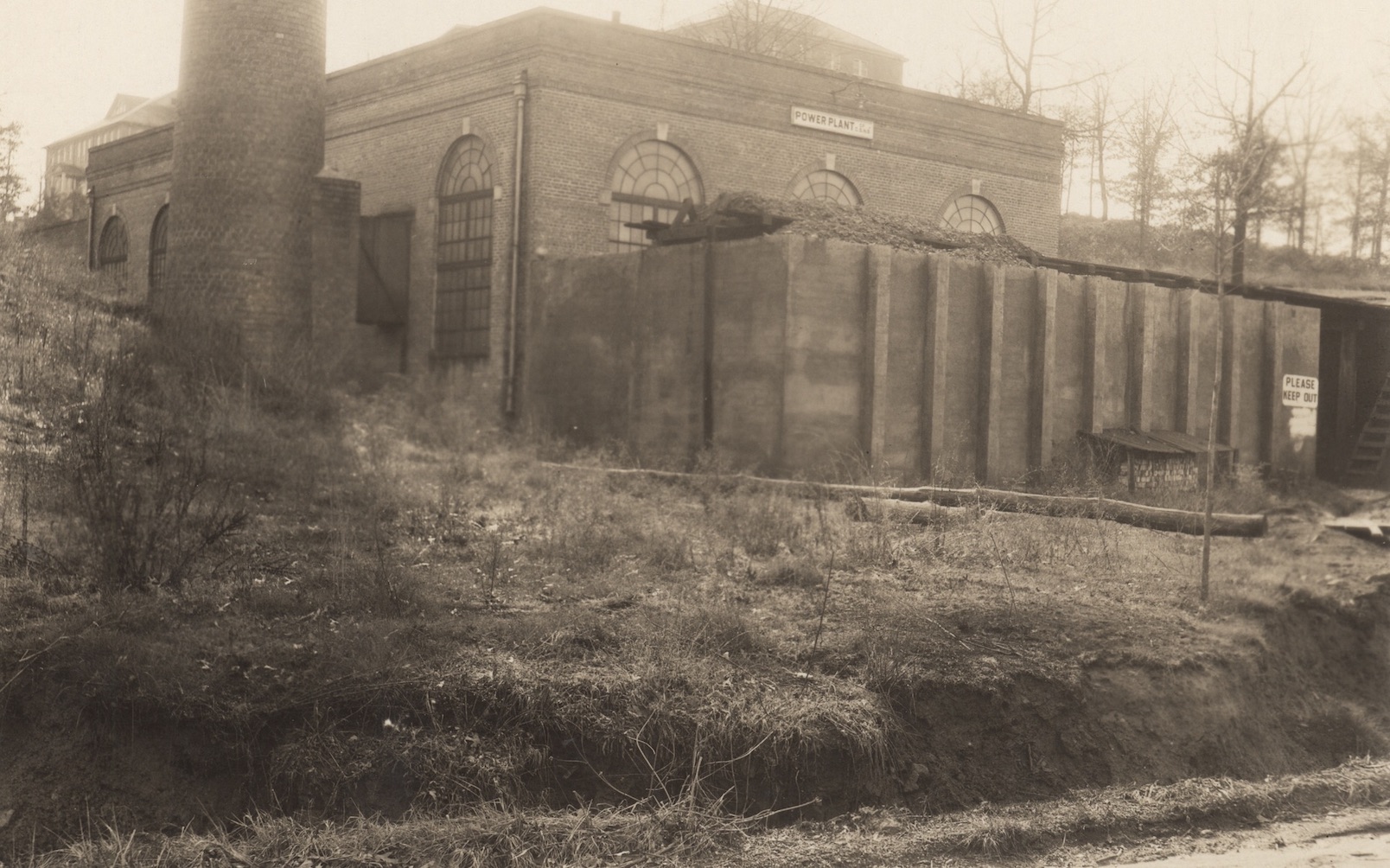 In 1923, the new Steam Plant was completed and turned on, but not fully functioning until 1924. The Steam plant still stands today after multiple renovations and is the oldest building on campus. 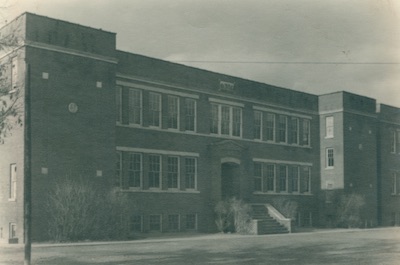 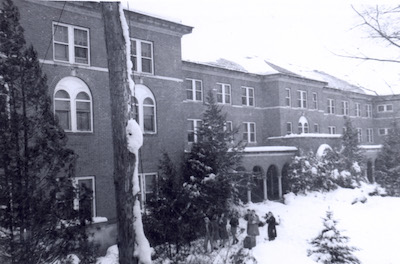 In 1924, the Moore Dormitory was completed and occupied by 180 women, and in 1929 the west wing was completed. The building was dedicated by President Madison to Walter E. Moore on May 30, 1924. Madison stated in a 1924 edition of the Cullowhee Yodel, the school’s first newspaper, that the girls’ dormitory was a “three-story fireproof brick building with ninety rooms, completely furnished, to take care of 180 girls.” Moore was equipped with a family style dining room which moved from the Davies Home to Moore. The dorm also had a reception hall and reading rooms. The Little Caesar statue that stood on the lawn in front of Moore was donated by a class in the 1930s. In 1958, Little Caesar was removed by the school’s rivals (Appalachian State Teachers College) and eventually returned in a messy state. After many years of renovating and repurposing the building, Moore is now vacant and waiting for further plans 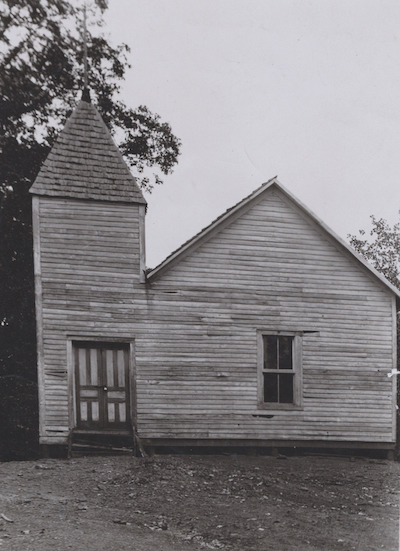 In 1929, the school purchased the land where the Mount Zion AME Zion Church stood with plans for a new dormitory. The congregation moved the church and the graveyard to its present location on the old Cullowhee road with some financial support from the university. The dormitory known as Robertson was constructed and a memorial plaque marks the original location of the church. 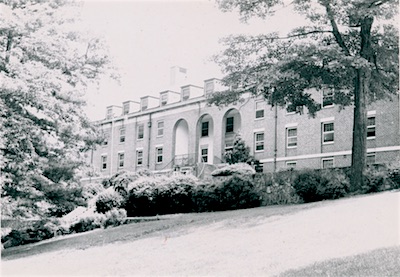 The school began excavating for Robertson dormitory in November, 1929. Robertson was completed in 1930 but was not occupied until 1931. The dorm was dedicated on June 3, 1931 to Reuben B. Robertson, the college’s board chairman. Robertson is now home to 80 undergraduate students on three floors, with double occupancy rooms and a private bathroom and kitchen. Robertson Dormitory is also home to Western Carolina University EMS students. 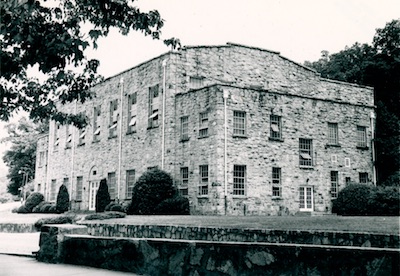 In 1937 construction began on Breese Gymnasium. The 144 ft. x 88 ft. structure is made of stone quarried near the college, with each block cut by hand to accurately fit the building. Breese Gymnasium has an indoor swimming pool, basketball court, showers, lockers, offices, and two classrooms. Today Breese is home to WCU’s Health and Physical Education program, as well as the Dance program. 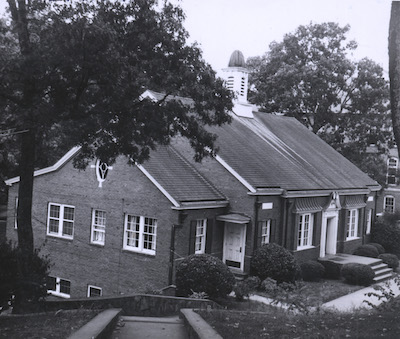 The Western Carolinian announced on December 19th, 1938, that “Dirt starts flying Monday morning.” The building was completed in 1939 and was home to the student government, clubs, and publications. Today the building is still standing and is used by the student radio station. 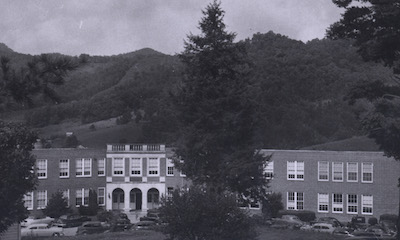 When completed in 1939, the training school’s new home was named the Gertrude Dills McKee Building. Gertrude was the first women elected to the state senate, and a two-term member of the college board of trustees. McKee housed the Cullowhee grade school and was a place for students attending the college to practice their teaching skills. The building now houses the Department of Anthropology and Sociology, History, World Languages, Social Work, Cherokee Studies, and Forensic Anthropology. 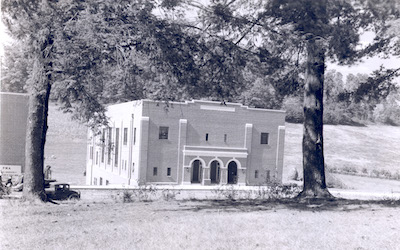 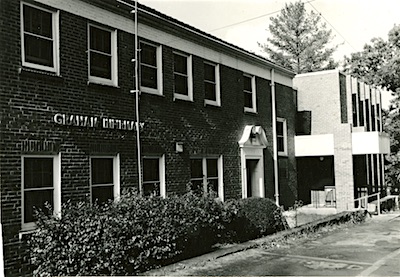 This building was dedicated to Dr. Frank Graham, President of the University of North Carolina, in 1939. Ernest Bird stated that the building had “a central office, a consultation room, living quarters for the head nurse, and other conveniences necessary in a small college infirmary” (Bird, p. 194).  Graham was closed in 2003 when the Bird Administration Building became WCU’s Health Center. The building was vacant for a number of years and was torn down in 2018. 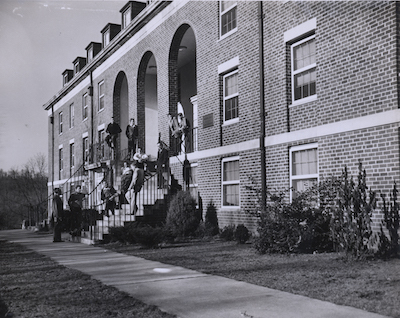 In 1939 Madison replaced Old Madison and became a dormitory for men. The dorm became a female dormitory years later and can accommodate up to 132 students. Today Madison is co-ed and is home to Western Carolina University graduate students.

With thanks to Special Collections, Hunter Library, Western Carolina University.

Bells in the Valley video (on WCU's Panopto site)