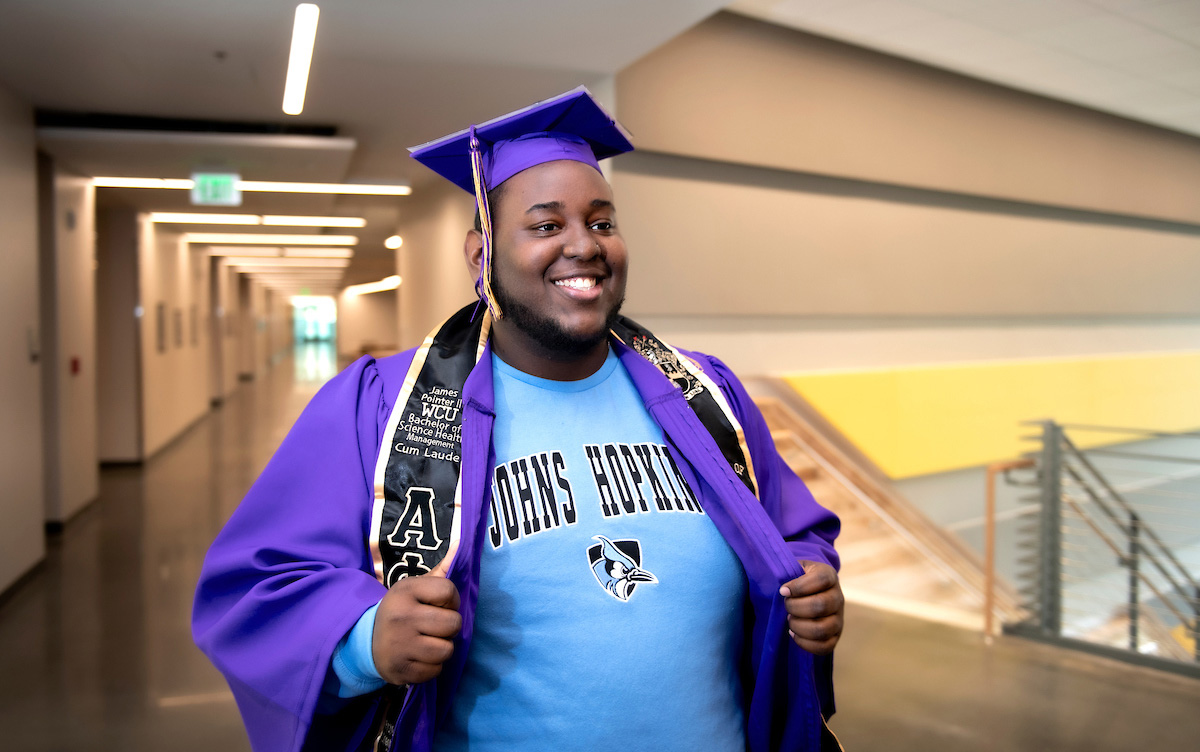 If you meet Western Carolina University senior James Pointer II, the first thing you will experience is his warm, huge smile. He doesn’t meet a stranger.

As he strolls around campus, students from all walks of life either shout, “Hey, James,” or make a path to him to have a brief talk before going to class. It’s a testament to the legacy and relationships he has built at WCU over the last four years.

Now it’s time for the next chapter in his life – graduation.

“It’s hard to believe that in just a short time, I will no longer be a WCU student, but an alumnus,” Pointer said reflecting on his life at WCU.

The Milton native and more than 2,150 other WCU undergraduates will be graduating Saturday, May 7. Pointer will be receiving his bachelor of science degree in integrated health sciences, with a concentration in health management. In the fall, he will be attending Johns Hopkins University’s School of Nursing to work towards a master’s of science in nursing on a scholarship that pays half his tuition. He had an opportunity to attend another university on a full scholarship, but declined that offer.

When you initially talk to Pointer, it’s hard to believe he is only 21 because of the nature of his conversation.

“If I had to give one piece of advice to underclassmen, I would say to believe in yourself and to never stop chasing what you want in life,” Pointer said while reflecting on his undergraduate experience. “Do what makes you happy. That’s the key part of life that people fail to realize. You have to do what makes you happy. And be yourself.”

And for Pointer, the field of science provided a way for him to be himself.

His parents James and Tamika Pointer would tell him stories about how he would like to observe insects as a child. As he excelled in public schools, his parent decided to enroll him in a high school level charter school, Roxboro Community School. This helped him to prepare even more for college.  They wanted him to go to college because he would be the first one in the family to attend and one day graduate from college.

“My parents are my biggest driving factor,” Pointer said. “They always taught me that if I wanted to do something, just ensure I do something that feels right to me. They just wanted the best for me. They wanted me to do better than they did and I am forever grateful to them.”

Apparently, that teaching spilled over to Pointer’s younger brother, Jaylen, as well. Jaylen is a sophomore at the University of North CarolinaCharlotte majoring in finance and business.

Pointer arrived on campus as a freshman during the fall of 2018. He immediately focused on his studies. As he progressed through college, he even decided to take 19 credit hours, mostly composed of labs and science-related classes, along with working two jobs. He balanced his academic life on campus by staying active in campus organizations, serving as the president of the campus chapter of Alpha Phi Alpha Fraternity Inc.

Pointer points his success to a community of people including friends and professors.

“All of my professors have been great,” Pointer said. “I would say each year that I have been here, there has been at least two professors who have spent the extra time to help me stick it out. They made sure that I was successful first.”

He specifically called out Rachel LeForce-Seibert, assistant professor Leigh Hartman and instructor Andrea Daventry for giving him the extra needed attention to attain his 3.6 GPA.

Future plans for Pointer are to get his graduate degree and come back to underserved areas like Western North Carolina to become a nurse so that he can give back.

“I just want to thank all of the people that I met during my time here at WCU,” Pointer said. “It’s true what they say. The people help make who you are. I know I couldn’t have done this alone.” 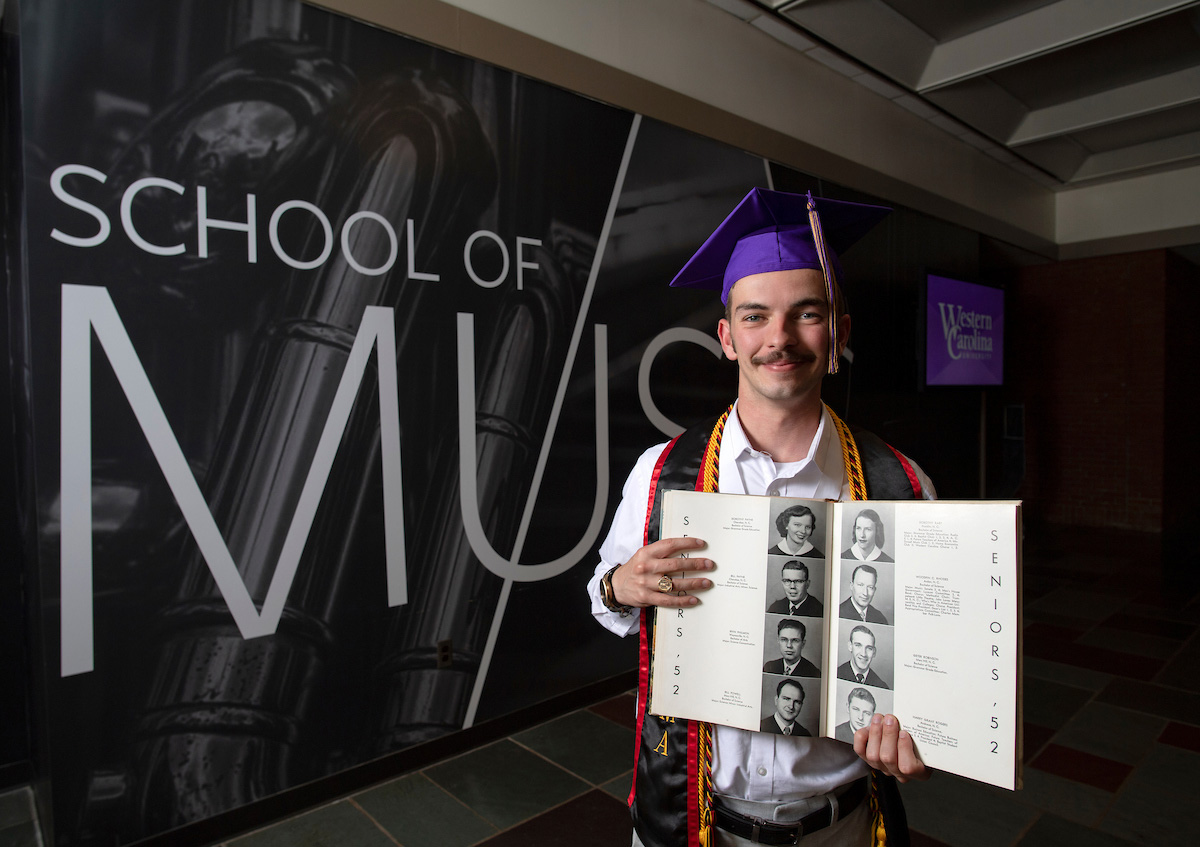