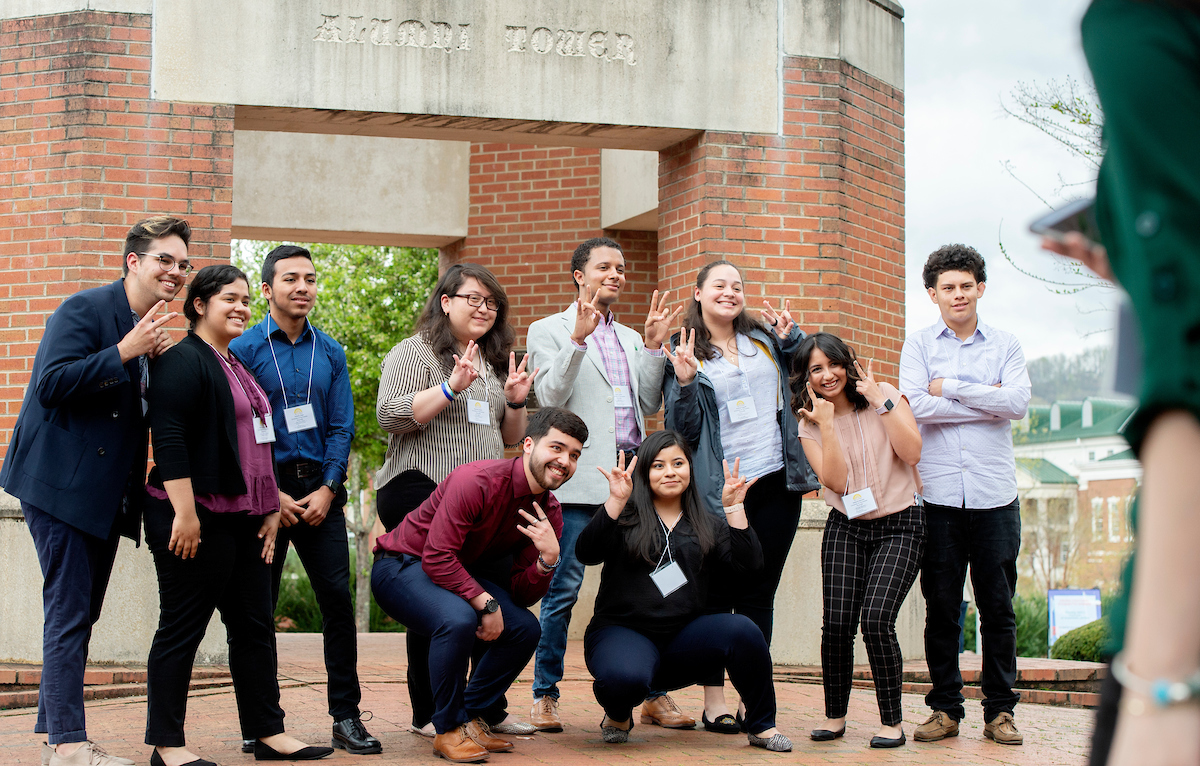 Fast-forward a year later, and those conversations came to fruition. WCU successfully hosted the inaugural Southeastern Latinx Student Leadership Conference April 12-14 at the University Center. The conference, believed to be the first of its kind in the region, was presented by WCU’s Latino Appreciation Student Organization with support from the Office of Equal Opportunity and Diversity Programs.

The goal of the conference was to develop a student identity for the Latinx community, empowering them to own their experience in college, to claim their space, to claim their universities as part of the experience and to feel like they belong, Nazario-Colon said.

“Students created this,” Nazario-Colón n quickly points out. “It is their idea, their desire to have something that speaks to them. That’s important to empower our future alums. I’m really excited that they saw this gap and wanted to fill it up.” 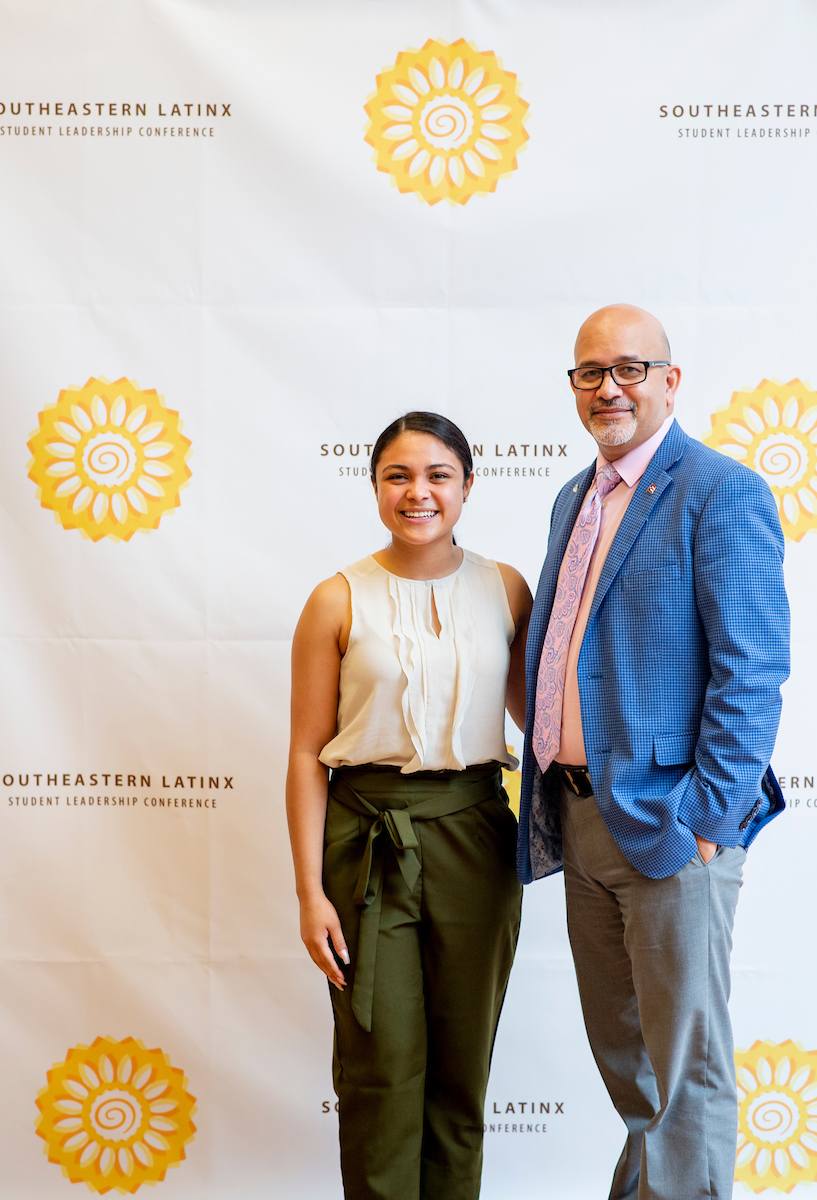 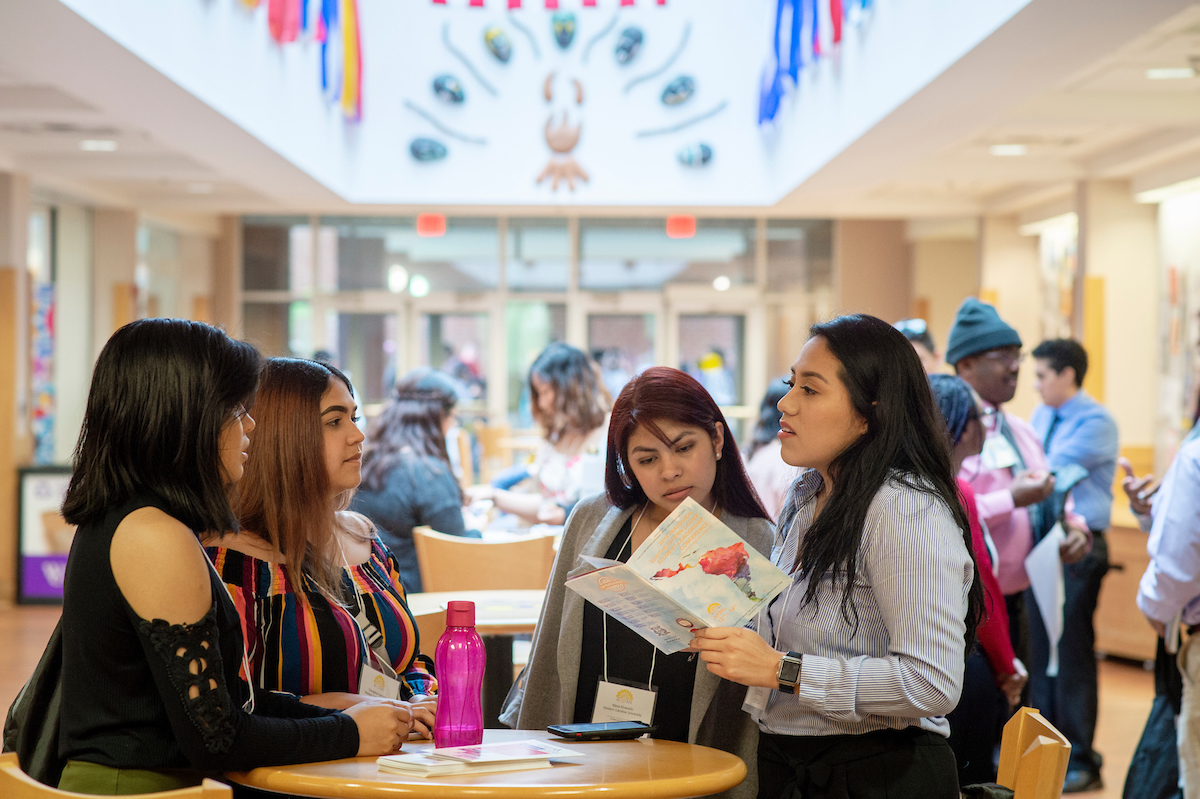 Including 52 WCU students who registered, about 175 attended the conference. In addition to UNC Wilmington and Guilford, students from Appalachian State, N.C. Central, the University of Tennessee, UNC Pembroke, UNC Greensboro, UNC Charlotte and UNC Asheville were in attendance.

“That’s huge for the university because it’s showing that the need is there,” Montoya Velasquez said. “Students want to partake in this. People came on Thursday. People did not come in on Friday, and that shows people really wanted to come to these workshops and wanted to learn how they can become better students and how they can apply this to their institutions.”

The entire process of planning and putting on a conference was a valuable learning experience for the students, one that didn’t always go smoothly, said freshman Andrea Romero Dugarte of Winston-Salem. 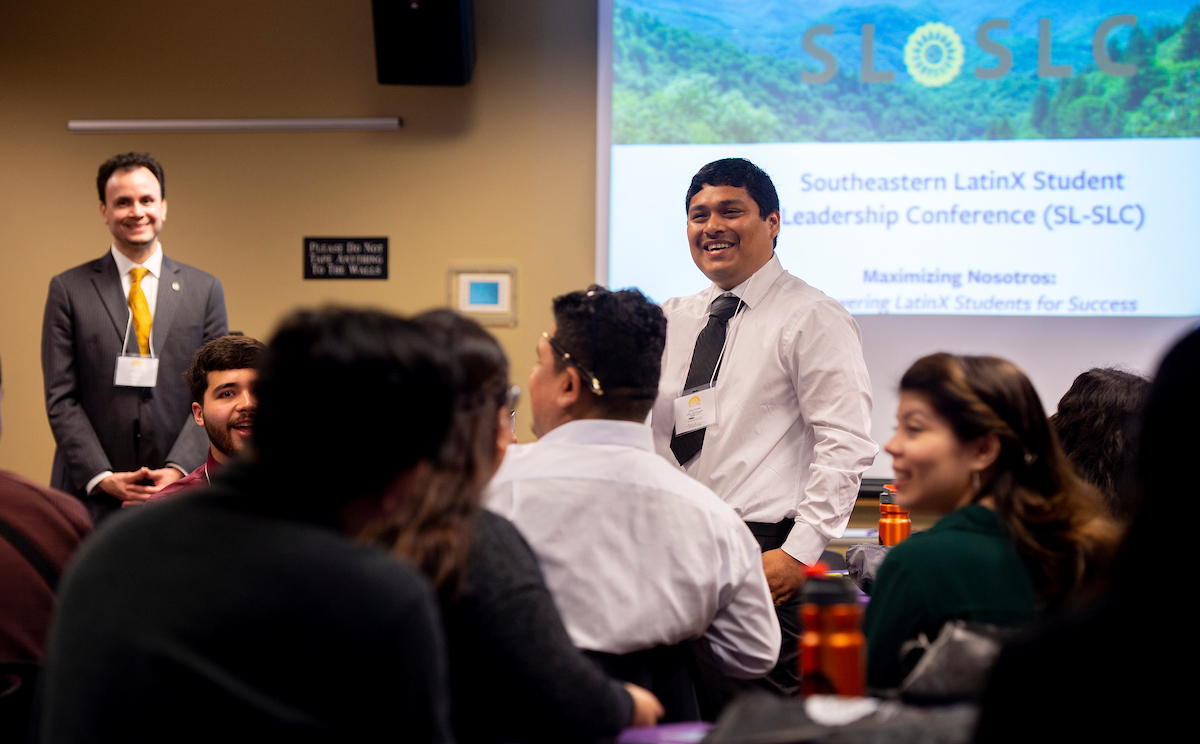 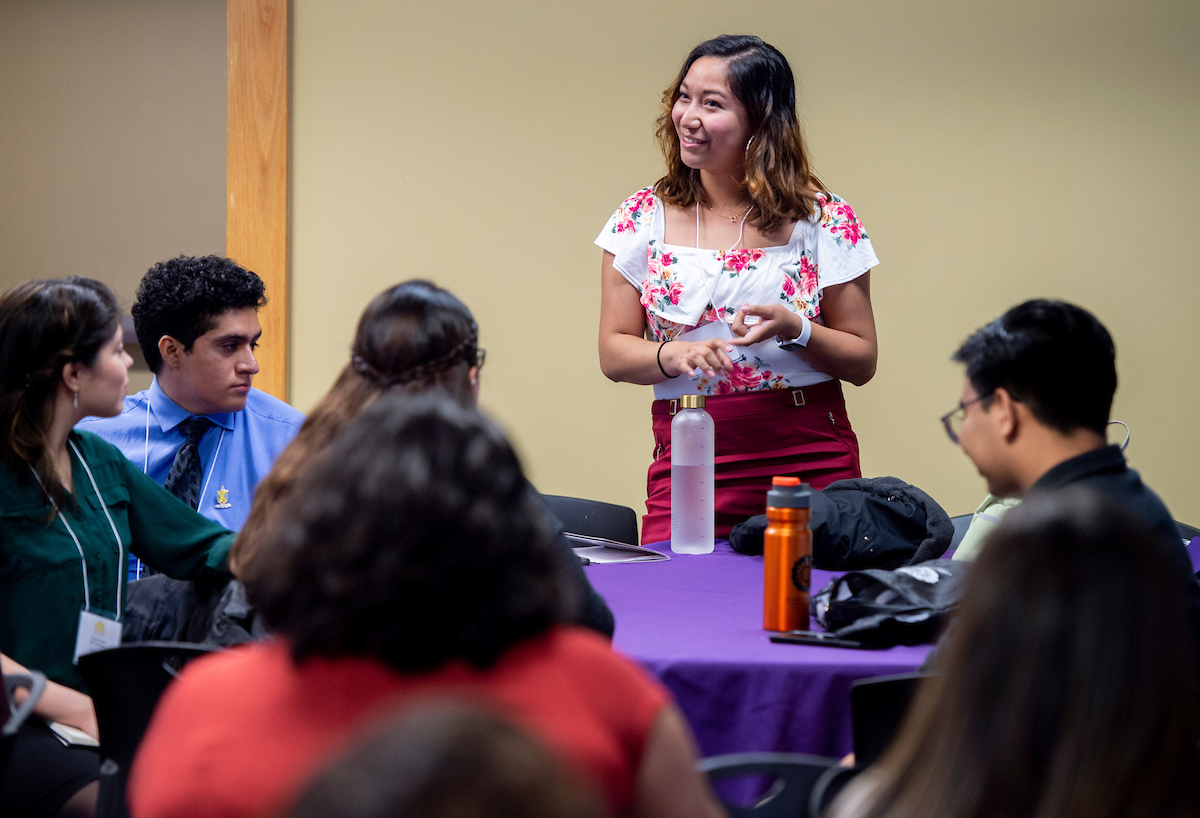 The group also received sponsorships from the College of Arts and Sciences, the College of Engineering and Technology, Campus Activities and the Department of Residential Living. In addition, various departments across campus sponsored scholarships for students to attend.

In addition to the workshops, comedian Franciso Ramos performed. Ramos has appeared on HBO and Comedy Central and was a top 10 finalist on “Last Comic Standing” in 2015.

The keynote speaker was Jose Hernandez, a retired chief diversity officer and associate vice president for the University of South Florida. The conference concluded with an awards show on Sunday.

The group hopes this was the first of many conferences. In addition, they hope it shows prospective Latino/Hispanic students that WCU is an inviting place.

“I think it’s important for students coming to this campus to see that we do support our Latino community,” Romero Dugarte said. “We want to empower them and provide a sense of belonging and a lot of guidance for their futures. 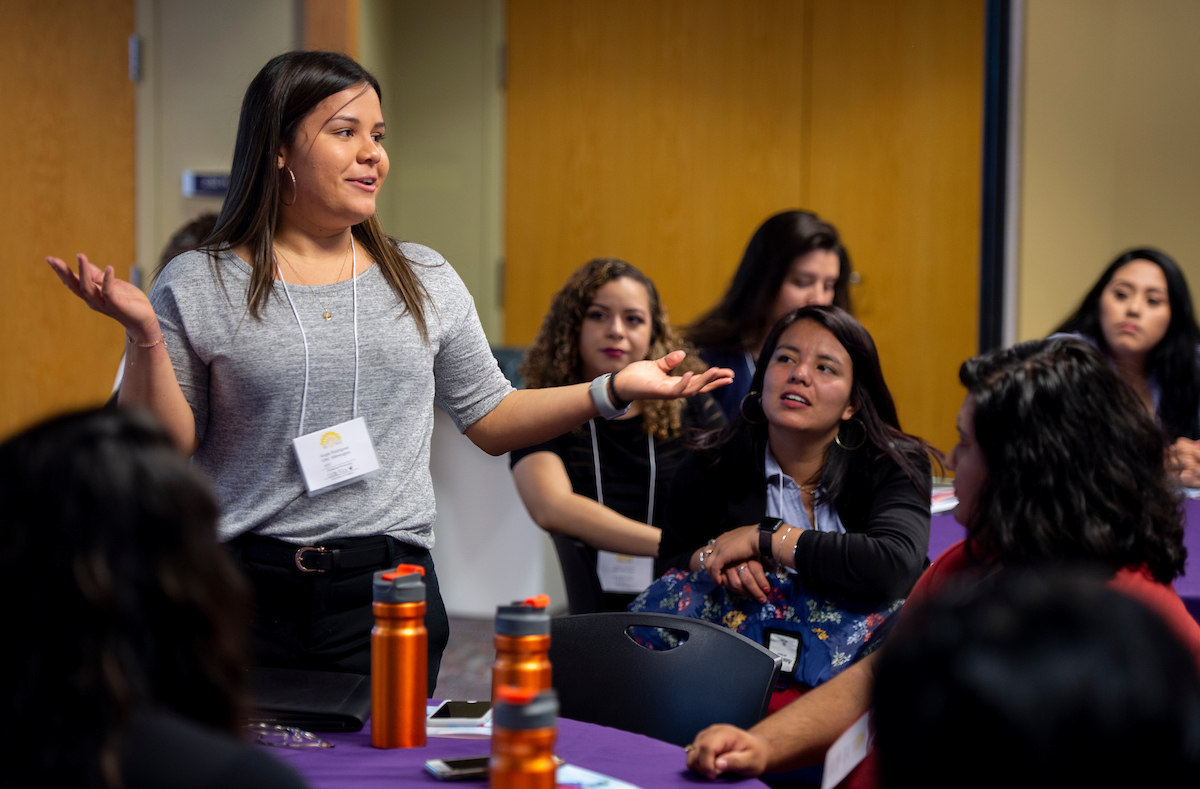 From a discussion in the back of a van to hosting Latino/Hispanic students from across the Southeast, WCU students saw what success looks like. 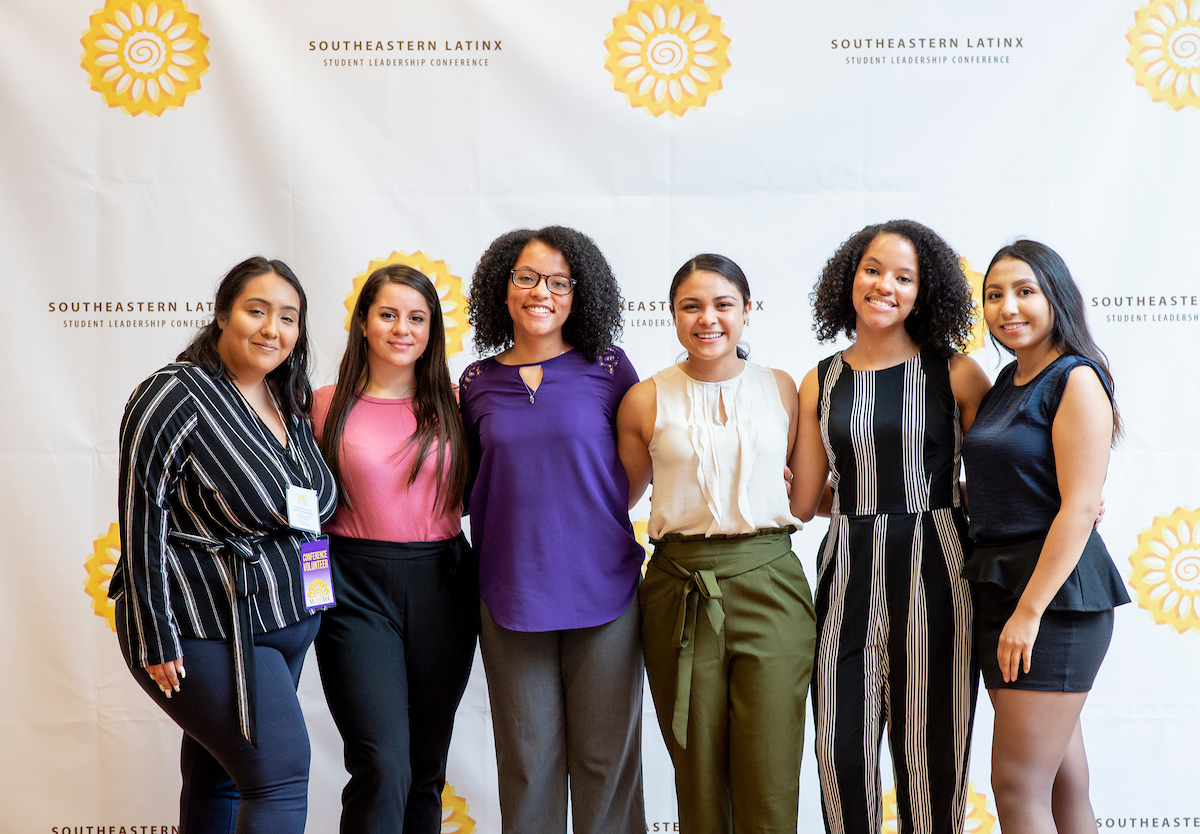