A 1977 graduate of Western Carolina University who established a scholarship to celebrate hearing the phrase “cancer undetectable” after an earlier diagnosis of “serious” has found more than just a supporter of his fund in a WCU alumna from the early 2000s. He also has found an ally.

Knox “Buddy” Porter, who taught for 45 years in North Carolina and Georgia, made donations and a planned gift pledge to create the $25,000 scholarship fund in the College of Education and Allied Professions after receiving the good news from his doctors. To mark the occasion, he glided down Sliding Rock in 2021 on his 67th birthday for a plunge into the icy waters of Looking Glass Creek.

Now retired after teaching at Collins Hill and Meadowcreek high schools in Gwinnett County, Georgia, Porter characterized starting the fund as “building a metaphorical monument” to close the cancer chapter of his life and commemorate his return to “the land of the living,” similar to how Old Testament leaders built stone memorials to mark significant occurrences, historical moments and, yes, miracles.

“The stones were intended to stand for generations so that, in the future, goodness would be recalled, enriching the lives of those who later heard the story,” he said. “Similarly, an endowed scholarship provides encouragement to future generations by ensuring that acts of grace, the help of medical teams and the kindness of friends will not go unnoticed.”

Porter said he hopes the “in perpetuity” nature of his planned gift will have a positive impact on Catamounts for generations. “The goodness that undergirded my life in a crisis is paid forward to assist other educators,” he said. “The skills I first learned at WCU will be transferred to more educators as they prepare for future challenges.”

He has designated that, when fully funded, his scholarship shall provide support to students in the College of Education and Allied Professions who learned English as a second language. For 23 years of his career in public education, he taught English to speakers of other languages

“When pupils earned enough language proficiency to be accepted into college, it was a joyous moment,” Porter said. “Students who began American schools as underdogs, yet display the forbearance, faithfulness and self-control necessary to gain postsecondary admission, need and deserve support. I desire for the future to be strong for immigrant recipients, their families and the communities where they will make contributions.” 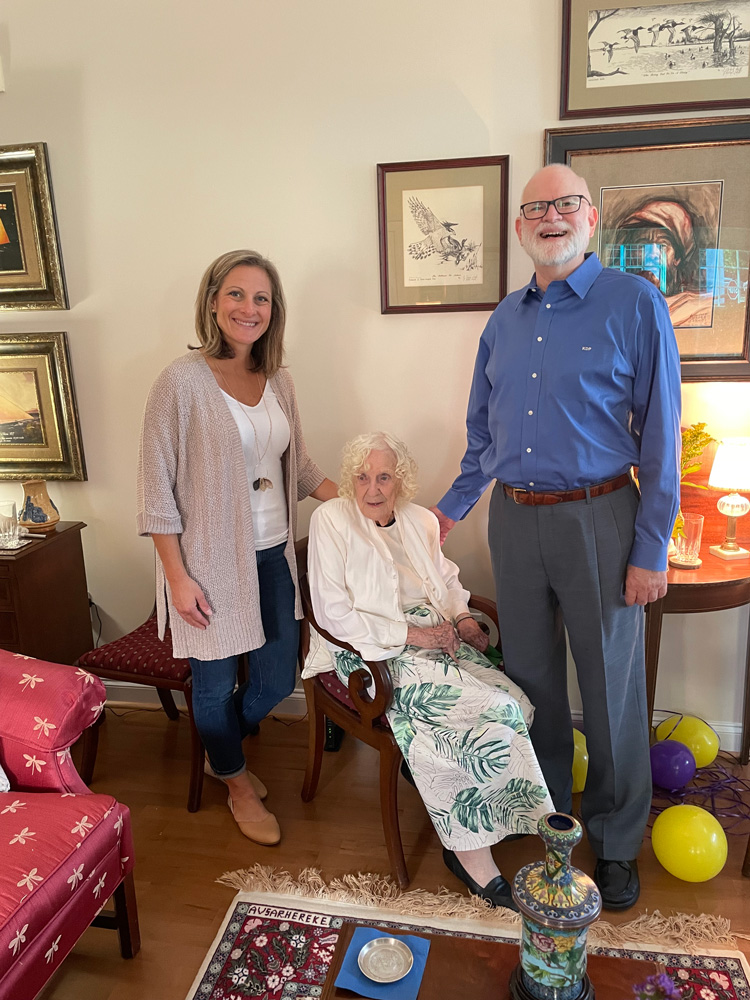 In addition to contributions from Porter himself, others have made more than $2,000 in donations to the Knox Porter College of Education Endowed Scholarship. Supporters include Sarah Rice Demarest, a 2003 graduate of WCU who is helping Porter grow his fund while simultaneously working to get one her of own fully endowed, and who has become close friends with Porter.

A communications major and Catamount women’s soccer player during her time at WCU, Demarest is among the founders of the KKSB Legacy Scholarship Fund, designed to provide assistance to future members of the team. Part of the first recruited class on the inaugural women’s soccer team in 1999, she played defense through 2003, including the Southern Conference regular season championship squad in 2001.

After graduating, she moved back to her home area of Lake Norman and began working in sales for Media General, where she met her husband. She also worked in sales for The Charlotte Observer before taking a sales job with WDAV-FM, which she held for eight years. Demarest and Porter crossed paths through her current position as director of development and membership at WDAV, the public radio station at Davidson College.

“Knox and I first met a couple years ago because he started volunteering at the station and I run our volunteer program,” she said. “We immediately connected over Western.”

They also connected over Porter’s nonagenarian mother, Rachel Porter, who met Demarest when she accompanied her son to a station event, becoming fast friends. “Rachel is one of the most special people I’ve ever met. After I met her at the station, I would send her cards just saying hello,” Demarest said.

Demarest also became what Porter called “an integral part” of his mother’s care team after a pair of falls in 2019 and 2021 resulted in broken bones, hospitalization and rehabilitation. “When she first fell a few years ago, I helped Knox find a rehab center close by, I went to visit her every day, I brought her food and took her to doctor’s appointments,” Demarest said. “When she fell the second time, she rehabbed at the same center near me, where I would visit her almost daily. She is such a strong woman.”

Demarest also provided support on what Porter called “one of the darkest days” of his life when his mother was taken by ambulance to a rehab facility on Christmas Eve. “I insisted Knox come have Christmas Eve dinner at my house with my family. It was a lovely time,” she said. “I can’t imagine how hard of a time that was for him, as he has no other family. No one should be alone on holidays.”

Those recurring acts of kindness have solidified a friendship among the WCU alumni that transcends age differences, Porter said. “Sarah is a Catamount gifted in entering a crisis and immediately providing encouragement and support. She identifies problems and immediately provides solutions,” he said. “I remain grateful that, in my mom’s two rehab visits, her cheerfulness, motivating words and ability to see what needed to be done and doing it without asking aided in mom’s healing.”

Upon learning of Demarest’s efforts to increase contributions to the KKSB Legacy Scholarship Fund, Porter began a campaign to help spread the word.

“Faithfulness to a helpful friend deserves reciprocity. Sarah’s passion for the soccer fund is understandable, for I am equally enthusiastic about mine,” he said. “This support is given to fast-forward to the day when the scholarship is active. As an educator, I am aware that there is a great canyon between students needing financial assistance and a smaller number of scholarships.”

Likewise, Demarest has supported Porter’s scholarship fund. “Knox and I have similar values, and I wanted to help him out. We have a similar passion for the same institution. If I can help other departments, scholarships and students at the university I adore, why not,” she said. “Western gave me some of the best 4.5 years of my life and the soccer program gave me a network of lifelong friends. I want to pay it forward and give someone else the opportunity I was given. Western holds such a special place in my heart.”

Now in his 45th year of teaching, Porter said he hopes his efforts to establish a scholarship might inspire similar action by others in the profession. “My endowed scholarship is sustained by my belief in the power of faith and compounded interest. By making incremental annual contributions, my endowment slowly grows. I call these my ‘Whee’ donations,” he said.

“Through a donor-advised fund at a community foundation, I have specific plans that a grant be made to WCU to begin the scholarship after my death. In sharing this method, I hope that more educators and human development professionals will gain a vision of how they, too, can establish their own legacy scholarships,” Porter said. “Philanthropy has a new face in the 21st century. Due to current options, endowments are no longer just a plan for high-income graduates.”

Porter and Demarest both expressed gratitude for their shared experiences as WCU alumni. “A university can be a strong bond for connecting diverse graduates,” Porter said. “Sarah and I matriculated in different decades, yet we both loved our time at Western. We both grew during our respective times on campus, for we studied and served while there. As Catamounts, our similar campus experiences result in a friendship where we are learning to look out for each other and our families.” 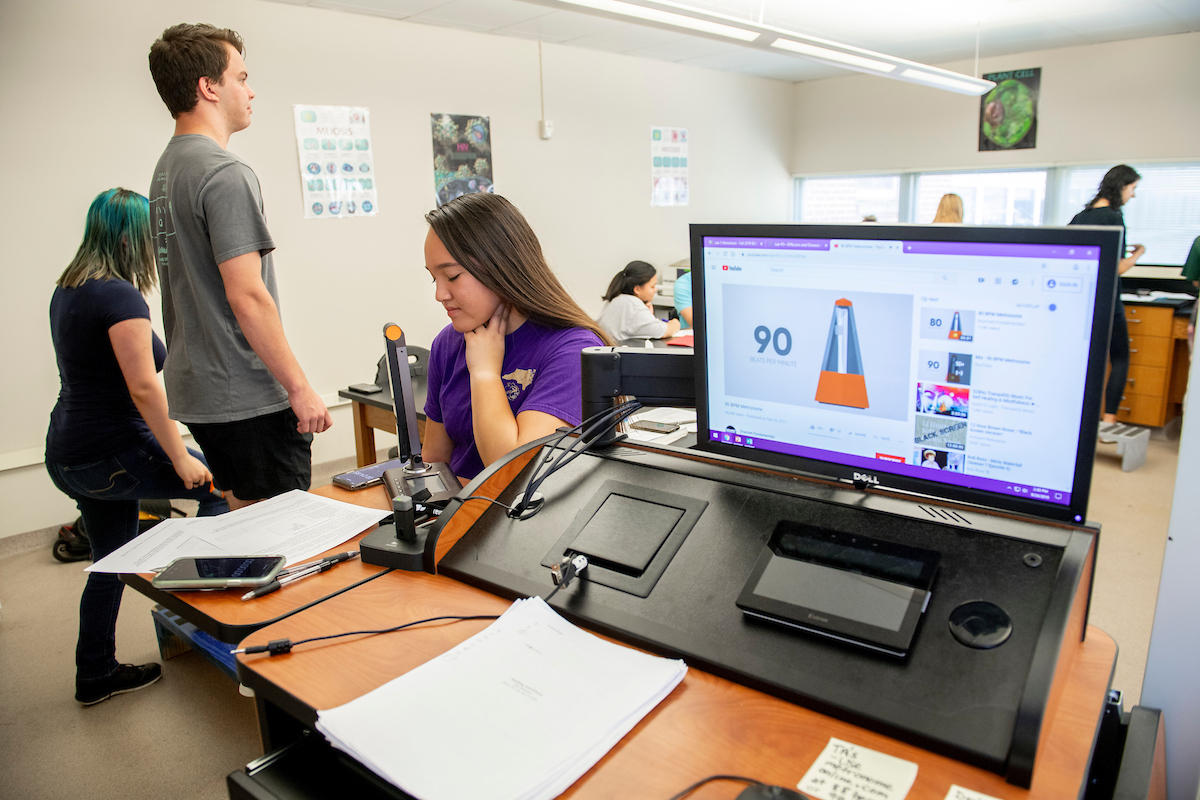