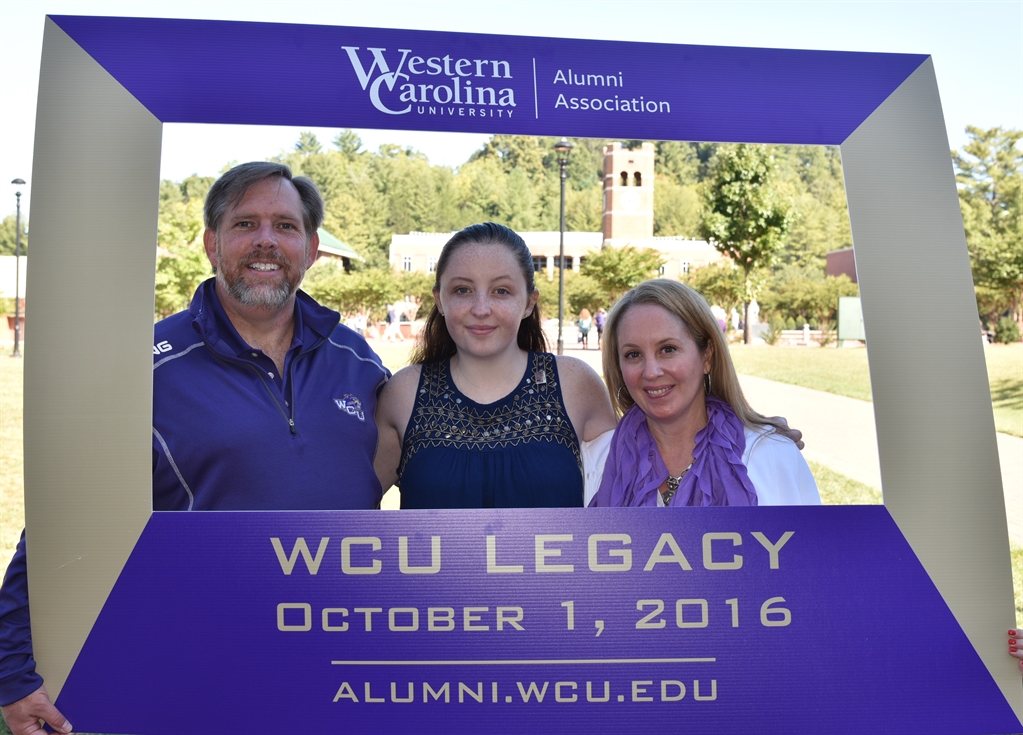 Question.)  When did you graduate from WCU and in what subject area?

Answer.)  I majored in Economics and graduated in May 1987 with a BS in Business Administration.

Q.)  Robert, what are some of your fondest memories of your days at WCU?

A.)  Wow, I have so many fond memories that it’s impossible to choose which are the fondest!  From the camaraderie of Pi Kappa Phi, intramurals, to hiking, to skiing.  Of course being a freshman the fall of 1983 was special with our run to the 1-AA national championship game.  That said, my fondest memories are the relationships I built with fellow students and faculty.  Some of whom I may only see occasionally now but when we meet it’s as if no time has passed.

Q.)  Who were your favorite professors at WCU and why?

A.)  John Wade and Duncan Tye are two that really stood out.  They always challenged me and pushed me to be a better student, a more critical thinker and to be a better person.

Q.)  Robert, tell us a little about your career path since graduating Western.

A.)  I’ve had an interesting career full of timely opportunities.  I started in internal audit with Rose’s.  I left Rose’s to take an opportunity to be a branch manager for Raleigh Federal Savings Bank.  In 1994 RFSB was bought by First Union which gave me the opportunity to start an ecommerce business.  In 2001, my ecommerce experience led me to another startup, ChannelAdvisor.  That ultimately took me to London to help start the first international office for ChannelAdvisor.  After working with another startup, I came full circle back to financial services.  I have spent the last ten years at Local Government Federal Credit Union, the last three on a startup project, Civic Federal Credit Union.

Q.)  Robert, you are one of the original members of the ’70s & ’80s Greek Alumni Reunion.  Thanks to that group, homecoming continues to be a “must attend” fall campus event and has grown to be one of the largest alumni gatherings at homecoming.  Tell us how it began and how it became such a highly anticipated and successful event.

A.)  It was started by Janine Bryan as a way for Greek alums to reconnect, which it has done extremely well with about five hundred members currently.  I learned about the Facebook group early on from my good friend John Black, who’s a Pi Kappa Alpha.   Why has it become so successful?  In many ways its success is because of the sense of community at WCU.  I like to say, you may not know everyone’s name but you know everyone’s face.  This is especially true of the Greek community at WCU.  As students we all knew each other, socialized together and competed against each other.  Fast forward to today and that sense of community is still quite strong and a big reason for the group’s success.

Q.)  Robert, your daughter also attends WCU—and I bet you are one proud father!  Tell us a little about the Legacy Pinning Ceremony that the two of you attended and what it meant to you both.

Q.)  Robert, you are an active leader within the Triangle Western Club and a member of WCU’s Alumni Board of Directors.  Why do you feel it is important for alumni to stay connected with their university?

A.)  A drawback to this hyper-connected, digital world is the loss of true connectivity.  People are struggling to find and maintain deeper connections that they crave so much.  Connecting with old friends and new friends through the shared experiences we had while at WCU really helps to create these connections.

Q.)  Now tell us something unique and interesting about yourself that few people may know.

A.)  Most people know that I am a “car guy” and love sports cars.  But my dream car isn’t some fancy, exotic sports car; it’s something much more basic and definitely slow.  My dream car goes back to my early days watching Marlin Perkins on Wild Kingdom and those explorers roaming around Africa in their Land Rover Defenders.  I’ll take a four door green version, please.