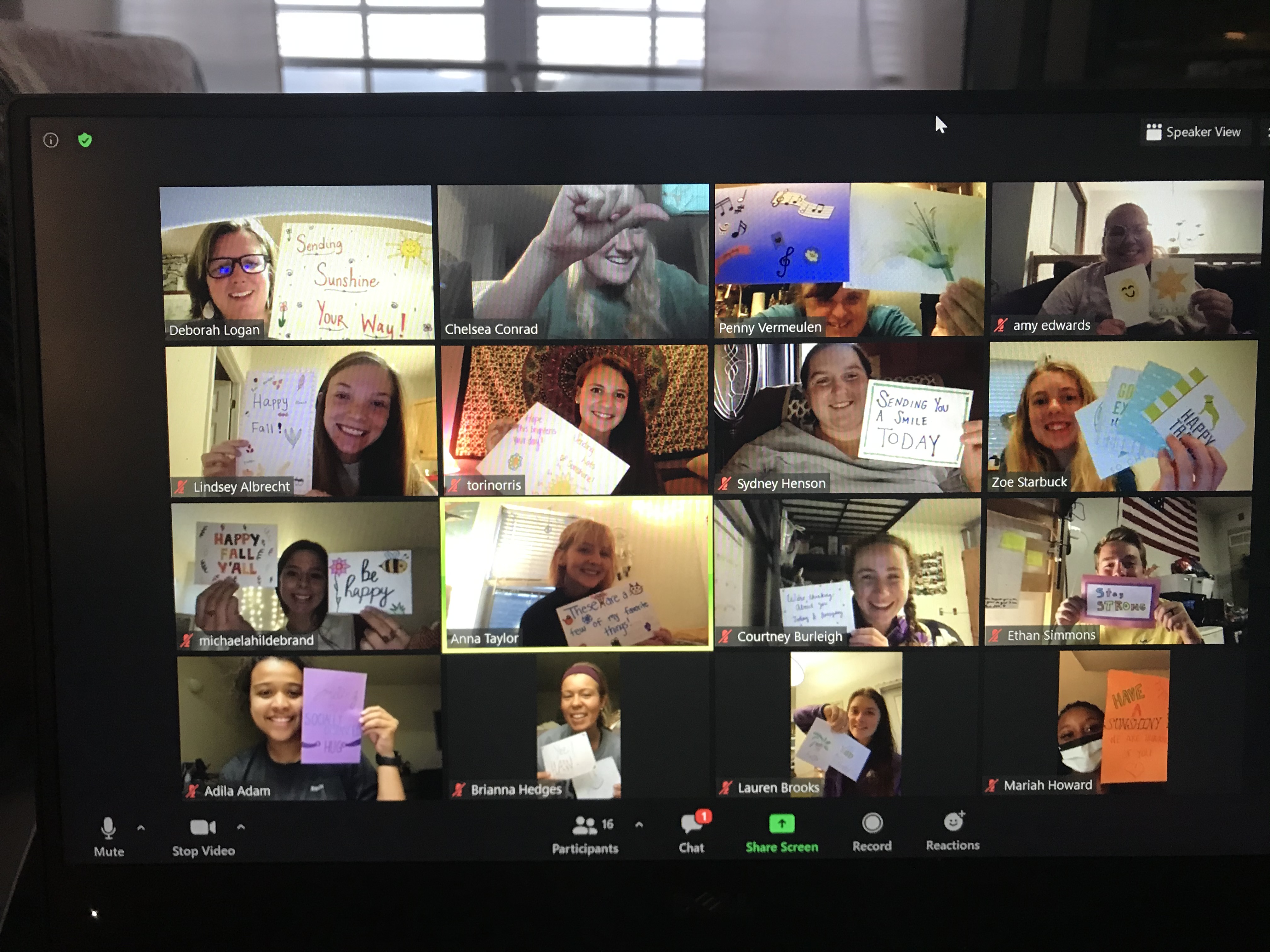 A simple gesture by a group of Western Carolina University students helped brighten the day — if not the month — of a generation of elderly folks who still place high value on the written word — heart emojis and Facebook likes, be darned.

“It made all the difference in the world with all the COVID restrictions and not having access to any inside visitation,” Patsy Gunter, director of facilities at Morningstar Assisted Living in Sylva, said of the greeting cards made by members of WCU’s Recreational Therapy Association club and delivered to the facility’s 39 residents recently. “Our families have been great about mailing stuff in, but it’s nice for our residents to know society, our county hasn’t forgotten about them.”

Gunter said most of the assisted living residents are from the “war era” where mail was an important part of their lives because a letter in the mailbox usually meant news from, or about, a brother or a husband who was serving overseas. “We’re hung up on social media, which doesn’t mean anything to them,” she said.

Debbie Logan, assistant professor in the Recreational Therapy Program and the club’s adviser, said she suspected the cards would have a positive impact on the residents because the club had done something similar for a residential living group in Asheville last spring. When club members voted to make service projects a priority this semester, creating cards for Morningstar’s residents was at the top of the list. The group gathered by video conferencing to work through the project together.

“For the event, we asked our members to have card-making supplies ready to complete cards during the Zoom session,” Logan said. “The nice element of having different people create the cards helped to provide a variety to the facility to share with individuals who might need extra support during this time.”

Logan was right. Many Morningstar residents don’t have families, Gunter said, so they were thrilled to receive something so beautiful, which many promptly shared with others. “Their faces just lit up because they got mail,” Gunter said. “They didn’t even care who it was from. They were just grateful to have received a nice note.” 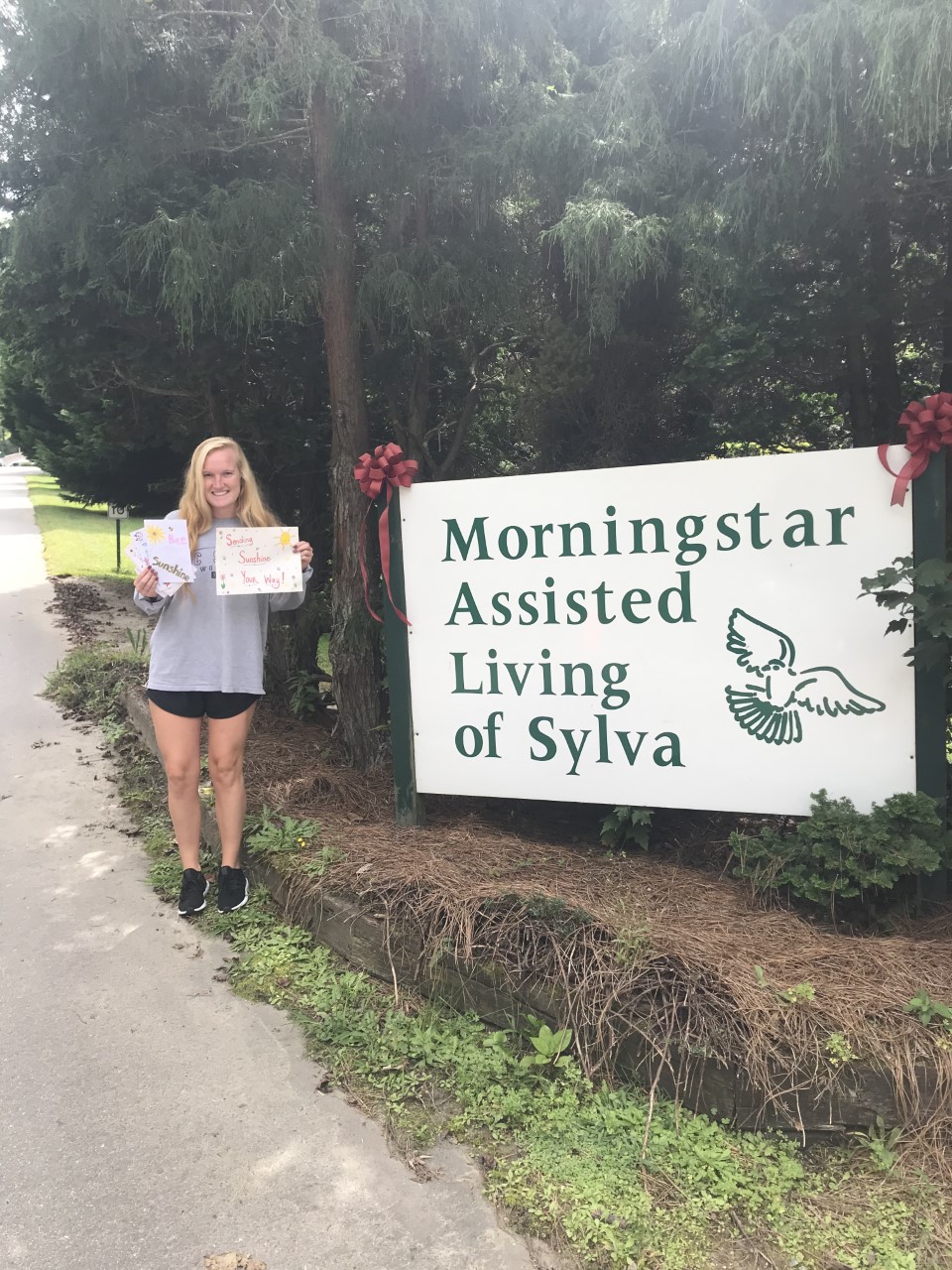 The cards were delivered to the facility by Chelsea Conrad, a senior recreation therapy major and marketing coordinator for the Recreational Therapy Association. She was met at the door by a staff member as a safety precaution.

Anna Taylor, president of the club and a senior majoring in recreation therapy, said club members felt the project aligned with the philosophy of their degree, and it was a good opportunity — with minimal health risks — to give back to the local community.

“We all understand the difficulties individuals in nursing facilities are facing with less interaction with loved ones, and loss of connection to the outside world,” Taylor said. “We at the Recreational Therapy Association believe in adapting to the challenges we face within our field and holding quality of life to a high standard. We felt that this would help to bring improved quality of life to the residents and bring a smile to their faces.”

Taylor said she customized one particular card with a theme drawn from the song “My Favorite Things” from the musical “The Sound of Music.”  “I know that music resonates well with individuals at multiple levels of conscious awareness,” she said. “Overall, we wanted to let the residents know that we care and that we are thinking of them.”

And that is what makes Gunter so grateful for the students’ effort to reach out to her residents —showing them that people care. She hopes others will see what a huge and important impact a small gesture can have on a group of elderly residents and choose to become involved with them as well – maybe adopting them as pen pals, she suggests.

“It’s been a blessing to them,” she said. “It made a huge difference in their morale, just in a day.” 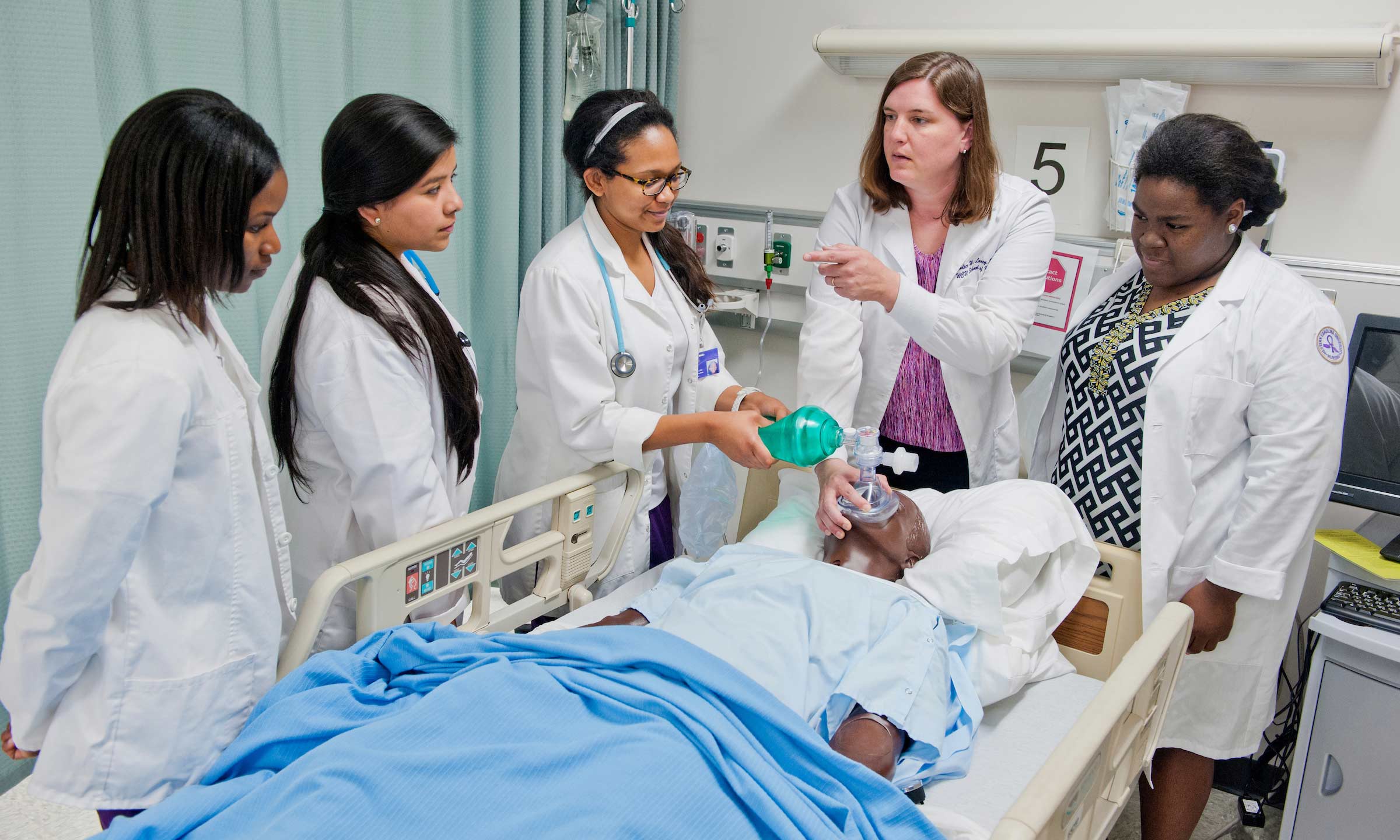 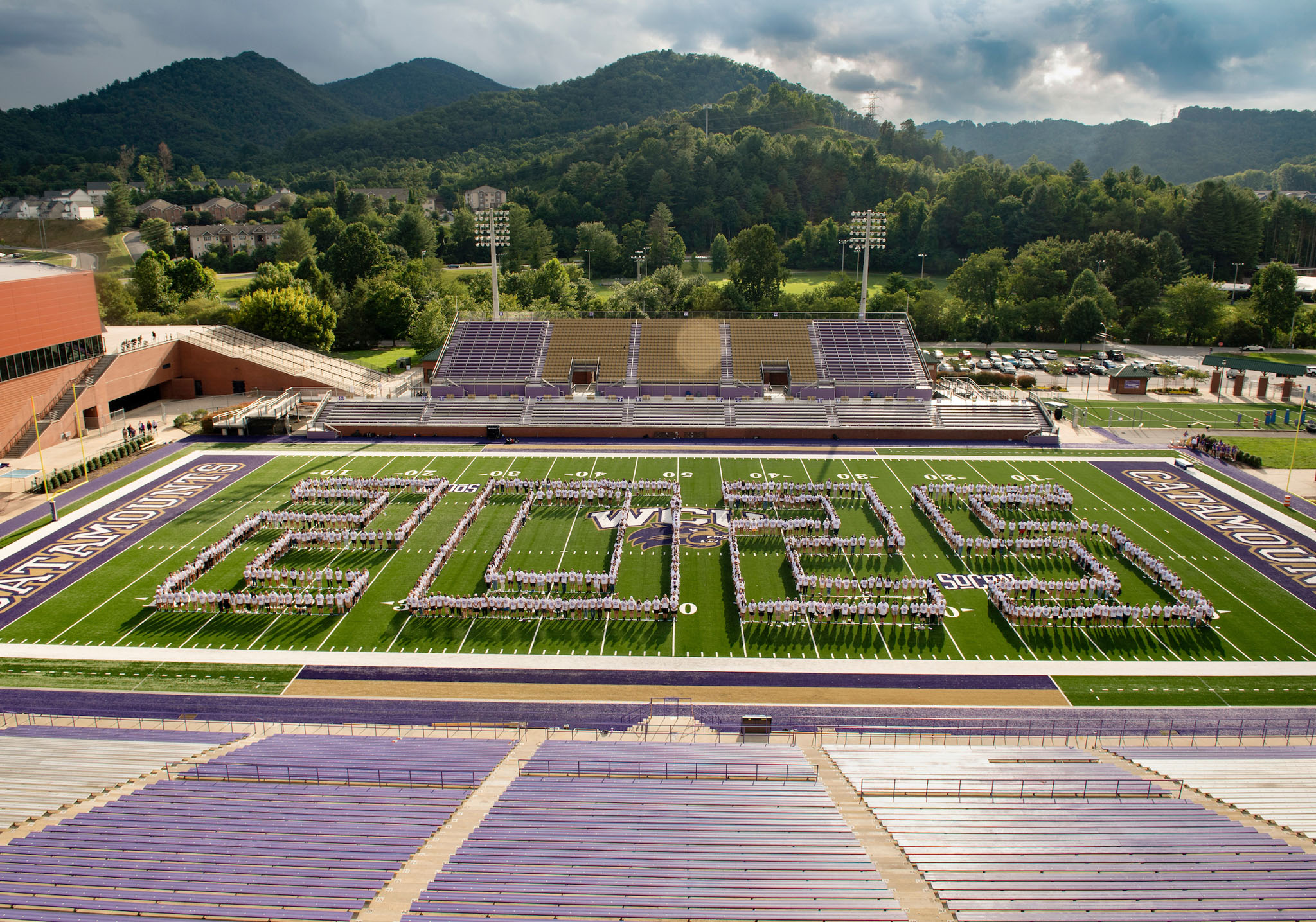