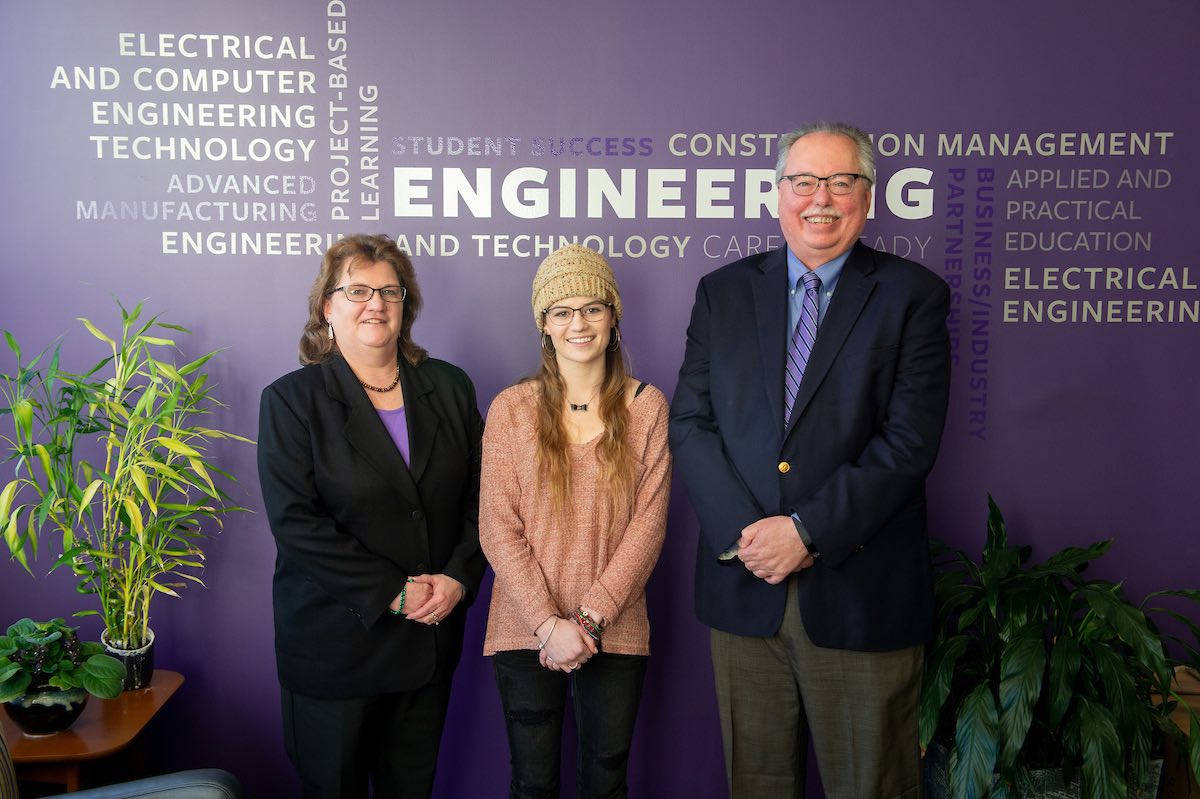 “The Rays are outstanding examples of what it means to “lead the way” by example,” said Lori Lewis, vice chancellor for advancement. “We are most fortunate to have both of them as role models for changing lives of students through their academic and philanthropic leadership.”

“We decided to rewrite it and we endowed it a lot sooner than we thought we would,” Jeff Ray said. “Then we started looking down the road and wondered what would happen when we’re not here anymore and what would be a good use of our resources—that, coupled with the Belchers and the excitement that David Belcher brought to this campus.”

It took Jeff Ray a few years of real-life experience as an apprentice—and future industrial journeyman—electrician out of high school working for the world’s largest commercial printer, R. R. Donnelley, to realize he wanted something more. The plant, in his hometown of Gallatin, Tennessee, printed LIFE Magazine and Modern Maturity, among other publications. It lured him in with a professional trade working in an engineering capacity. A few years in, Ray’s mentor, Leo Weber, a child survivor of World War II who was already beginning to show the wear and tear of the physically demanding job, pulled Ray aside and told him he was too smart to be “a lifer” and years of hard work takes a toll on your body. Ray agreed. “I worked every hour of overtime I could for more than a year, saved everything, paid off every one of my bills, and then I resigned and pursued an engineering degree full time.” He was 24 and ready for college.

To make a gift to the Lead the Way campaign supporting student scholarships, please visit here or call 828.227.7124.