Two Western Carolina University professors with interests in jail populations and addiction issues collaborated with one regional county government to better understand the recovery needs of its jail inmates with substance use disorder.

Al Kopak, professor, and Alexa Singer, assistant professor, in the Department of Criminology and Criminal Justice spent three months interviewing 17 people – inmates, former inmates on probation, law enforcement officers and correctional officers – in Transylvania County at the request of the county’s health department to develop a strategic plan to strengthen and expand its capacity to engage and provide prevention, treatment and recovery services for those inmates with substance use disorder. All but one of the inmates were male and repeat offenders. The two former inmates on probation were female. Participation in the research was voluntary and approved by the University’s IRB.

“It was a collaborative project to identify the gaps and the needs of the folks in the jail, in terms of how to start and maintain recovery from substance use disorder,” Kopak said.

Substance use disorder, as opposed to substance abuse, is a specific term and psychological disorder diagnosed by a doctor because it comes with criteria, the professors explained. “There are specific questions you would ask somebody and if they meet six of the 11 criteria, they would then meet a qualified medical condition to receive treatment,” Singer said.

The substances most commonly found to be used by the inmates were methamphetamine, heroin and alcohol, Kopak said. “Generally speaking, we don’t see very much prescription drug use in our jail populations. We can try and look for cannabis, but it doesn’t exist much.

The research found a fear of continued drug use and a lack of a safe place to stay as the most pressing concerns following release from the detention center and recognized significant gaps in services available to address those issues. Participants in the research also emphasized the importance of limiting the time between release from the jail and entering community-based treatment for ensuring initiation of long-term recovery and successful reentry.

“What’s needed is a connection from the jail to services in the community, so there’s no gap when inmates are released,” Kopak said. “They need somebody to guide them or drive them over to a substance abuse counselor or someone to say, ‘Here you have an appointment, go there now.’ It’s those early hours after they’re released that are really important for initiating recovery, because that’s when a lot of overdoses happen, 24 hours after they’re released from jail.”

Singer agreed: “The major takeaway for me was finding a way to shorten the gap when you leave jail to connect with services to make sure you actually make it to services,” she said. “With prisoner reentry, you have years to figure out a plan for somebody if that’s what you want to do or to put them in a program while they’re in prison, to rehabilitate them. But with jail, the average length of stay is only 20 days, so you don’t have as much time to put somebody in a program. The way you would need to think about jail reentry is as a connection to the community, like using the jail time to establish connections with behavioral health resources in the community.”

But one of the four themes found by the researchers was a lack of community resources in Transylvania County, specifically inpatient or outpatient treatment facilities for people to go to upon release from jail, a significant first step in initiating recovery.

With just one treatment provider in Transylvania County, it’s overwhelmed with demand, Singer said, and not just by people in the criminal justice system with substance use disorder but also by the general population with any sort of behavioral needs.

The four themes that emerged from their research are:

The research findings didn’t surprise Kopak or Singer, but the attitudes of the correctional officers did. “We learned from the correctional officers just how supportive they were. We thought they just wouldn’t have cared as much as they did, that they would have a more punitive attitude toward the inmates, but that couldn’t have been further from the truth,” Kopak said.

“They were all very wanting and willing to help,” Singer added. “Some of them had even gone to school with some of the inmates when they were younger.”

Also, law enforcement officers told the researchers they simply weren’t trained to handle people with addiction issues, yet they were the ones who have the most contact with them. “They’re very open to any resource they can refer people to help them,” Kopak said. “They’re very happy to do that or have people come into the jail. If the money is there for it and the support is there for it, then the staff would love to have more resources.”

Singer and Kopak said the research also exposed a truth about criminal justice systems that most people don’t know, even Transylvania County’s county commissioners, who seemed surprised by the results. “A lot of the general public has misconceptions about what the criminal justice system does. They think it’s all hyperviolent, super predators and serial killers and stuff like this, but it’s not. The majority of the people booked into our local jails need substance use treatment,” Kopak said. “It was really eye opening to them, and to me, that’s surprising. It’s just become matter of fact to me.”

Both Singer and Kopak hope to educate communities across the region about the importance of seeing jail inmates with substance use disorder not as bad people or criminals, but simply as people who need help with an addiction and who will likely return to their communities.

“They’re going to be their neighbors, the ones cooking their food at restaurants, especially in small communities,” Singer said. “If you can get these people help and provide them with treatment then you’re going to hopefully decrease crime and have fewer victims and increase public safety.”

For Kopak, it was gratifying that all 17 participants were on the same page when it came to suggesting solutions to find ways to initiate and sustain recovery for its jail inmates with substance use disorder. “Everybody just wants everyone to get well and contribute to the community in a positive fashion. I think if more people knew this was the narrative – the idea that united we stand, divided we fall – we’d be able to do a better job of addressing the problem. But as we all come at this in a different way, and a lot of it is with misinformation – yes, they may make bad choices at some level, but at the same time if that decision making process is informed by severe drug use and all the biological changes that happen because of persistent use of methamphetamines – it’s a different scenario than if I’m of a clear mind and just simply decide I’m going to steal something or do what I’ve done.”

Ultimately, Kopak and Singer hope the data they’ve gathered in Transylvania County triggers other communities to take a more empathetic approach to dealing with jail inmates with addiction issues. “Punishment and deterrence do not work when you have a chronic health condition that drives a lot of the behavior that leads people to get arrested and booked through the jail,” Kopak said.

College of Arts and SciencesResearch and DiscoveryFaculty and Staff
Share 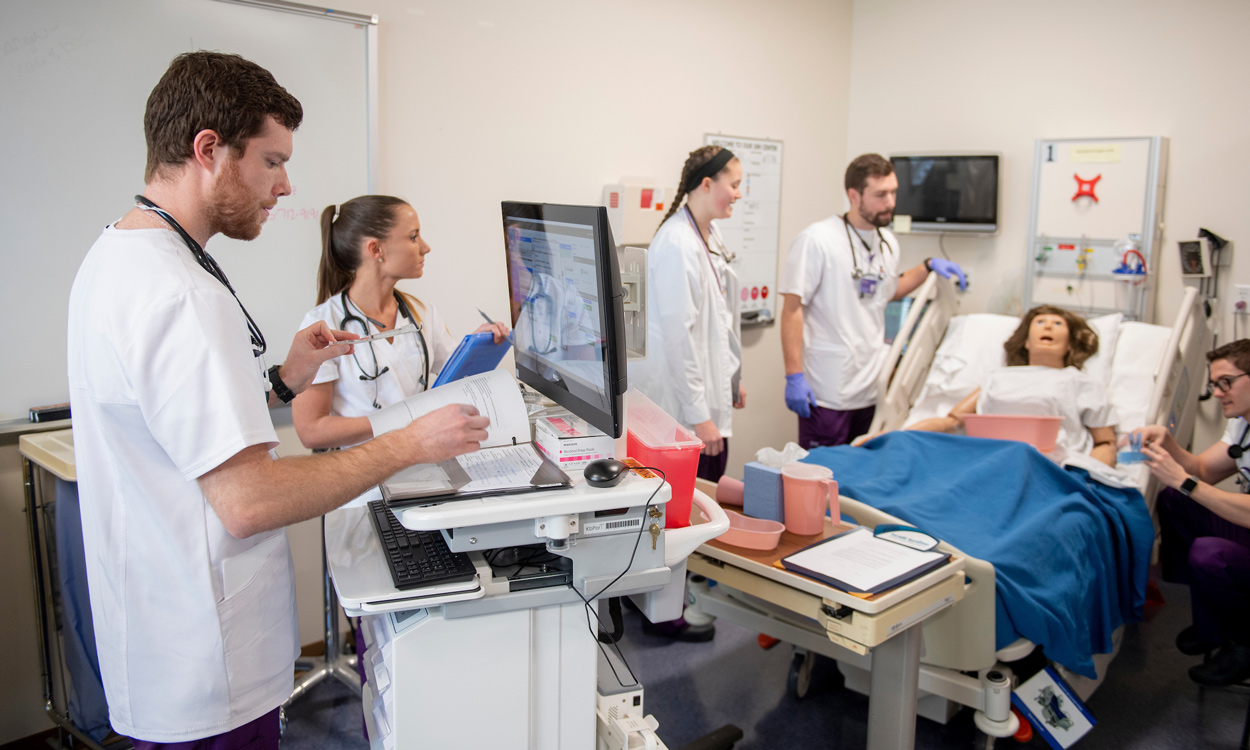