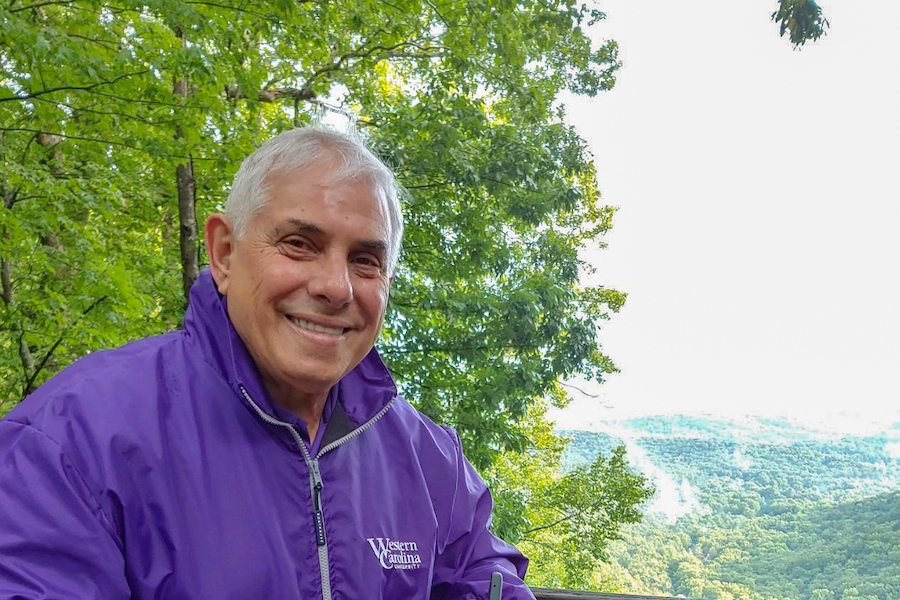 When there’s an increase in student enrollments from the metro Atlanta area, an alumnus who jokingly refers to himself as “the oldest college recruiter in the state of Georgia” is usually the reason why. Bob Folsom ’66 MAEd ’68, a retired teacher and counselor from Gainesville, has turned the Peach State into a “significant pipeline” of new students for WCU, said Phil Cauley ’83 MS ’90, associate vice chancellor for undergraduate enrollment.

Folsom, 76, who retired from his 30-year public education career in 1998, has worked on a part-time basis for the Office of Undergraduate Admissions ever since. Staying involved with WCU, he says, has maintained cherished friendships and opened doors to new ones. “You reap much more than you sow. My wife and I have been blessed to make friends through WCU. This has enhanced our lives in so many ways,” said Folsom, winner of the Alumni Association’s 2020 Distinguished Service Award.

His commitment of time and energy reach far beyond his work with prospective students. The Folsoms are charter members of the Western Club of Atlanta — the first WCU alumni club — and Kay Folsom has served as president. The club, one of the most active in the alumni network, has funded an endowed scholarship. The couple supports fine arts programs at WCU. Avid sports fans, they purchase season tickets every year and rarely miss a football game. Folsom, a longtime member of the Alumni Association Board of Directors, also is a former member of the Catamount Club Board of Directors. He personally recruited several top student-athletes, including Geoff Collins ’94, now head football coach at Georgia Tech, all-time punting leader Ian Berryman ’18 and Gerald Harp ’81, wide receiver who won All-Southern Conference honors three times.

“Bob Folsom was a recruiter for WCU long before he officially became a recruiter for WCU. Recruiting for WCU isn’t so much what Bob does; it’s who he is,” Cauley said. “The best form of marketing is word-of-mouth promotion, and he has advertised WCU ever since he set foot on the campus.”

A social sciences student at WCU, Folsom was selected for the first cadre of the National Teacher Corps when he graduated in 1966. The program placed promising young teachers in the classroom who had majored in subjects other than professional education. Folsom taught for two years in Murphy. He eventually earned a master’s degree in education at WCU and counseling certification at Georgia State University. He taught in junior high and high schools in the suburban Atlanta area and Alpharetta. He also volunteered in Georgia prisons, teaching adult education classes, and managed a Fulton County summer camp for 10 years. While serving as a college counselor at Riverside Military Academy in Gainesville, he recruited several future WCU students. In conversations with college-bound youth, Folsom likes to describe WCU as a campus surrounded by mountains and lakes “where you’re not simply a number and can become part of a caring community if you allow yourself to participate.” 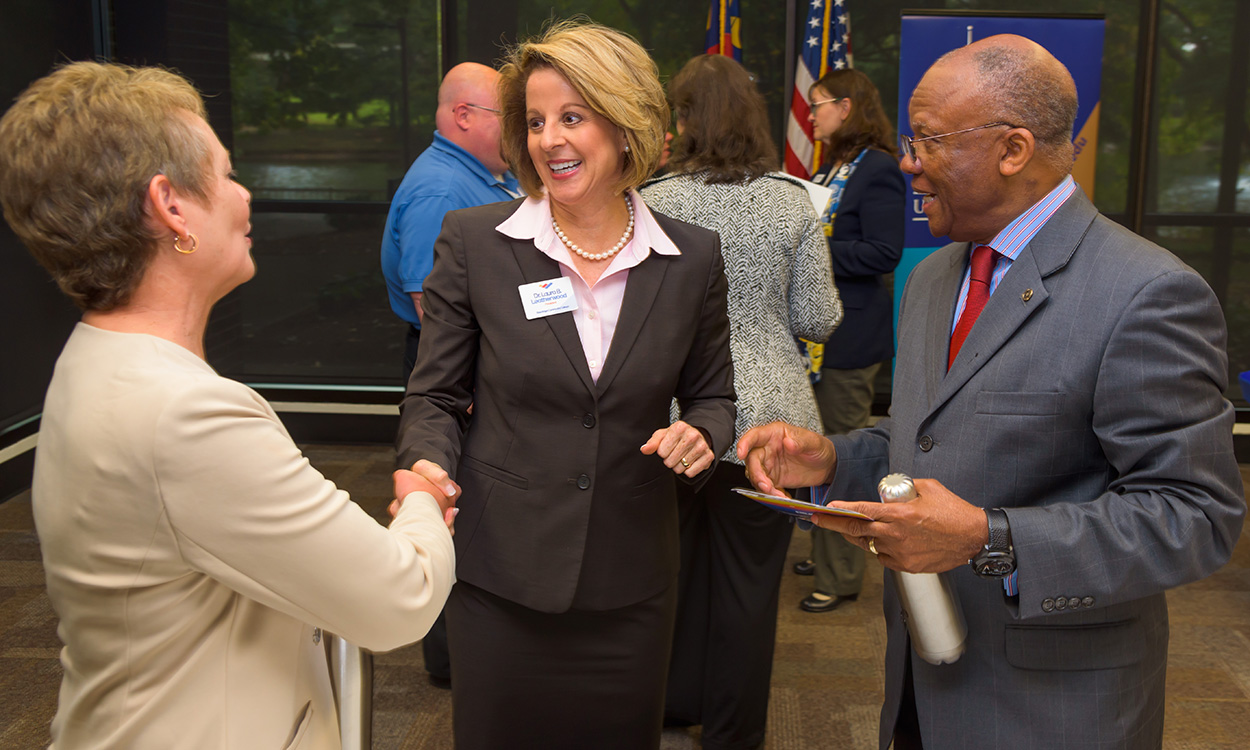 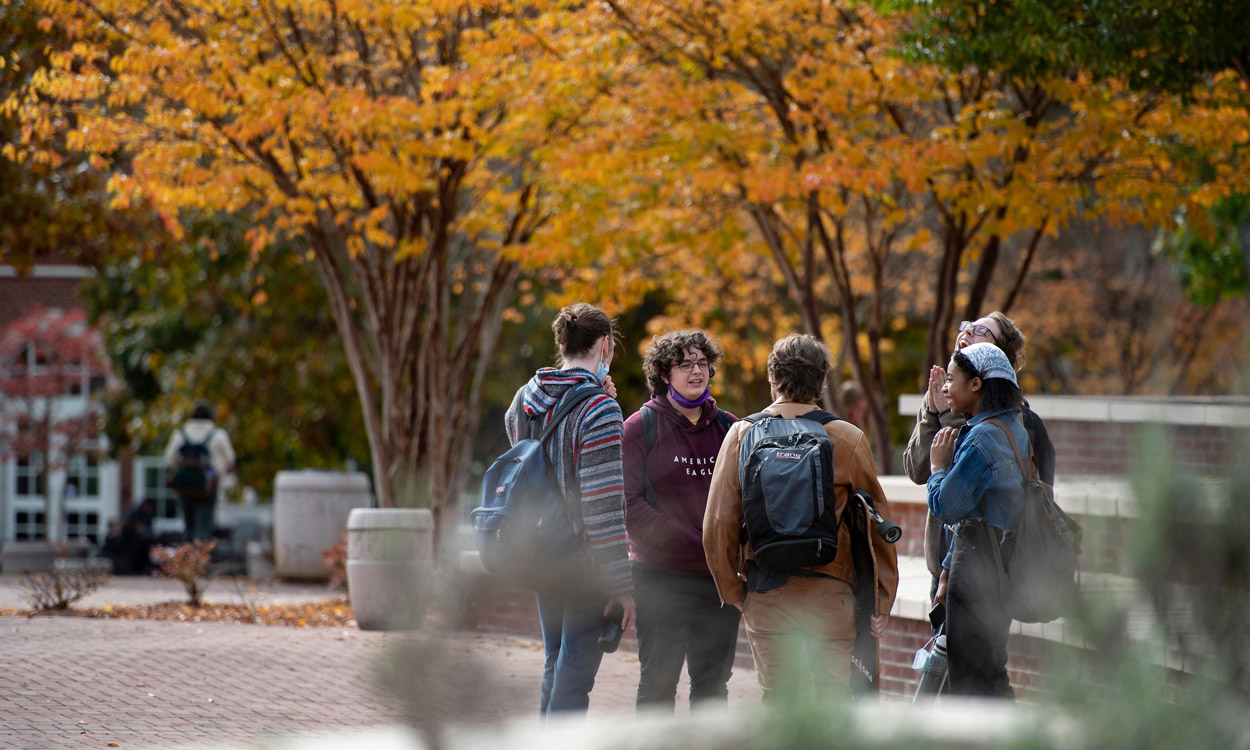