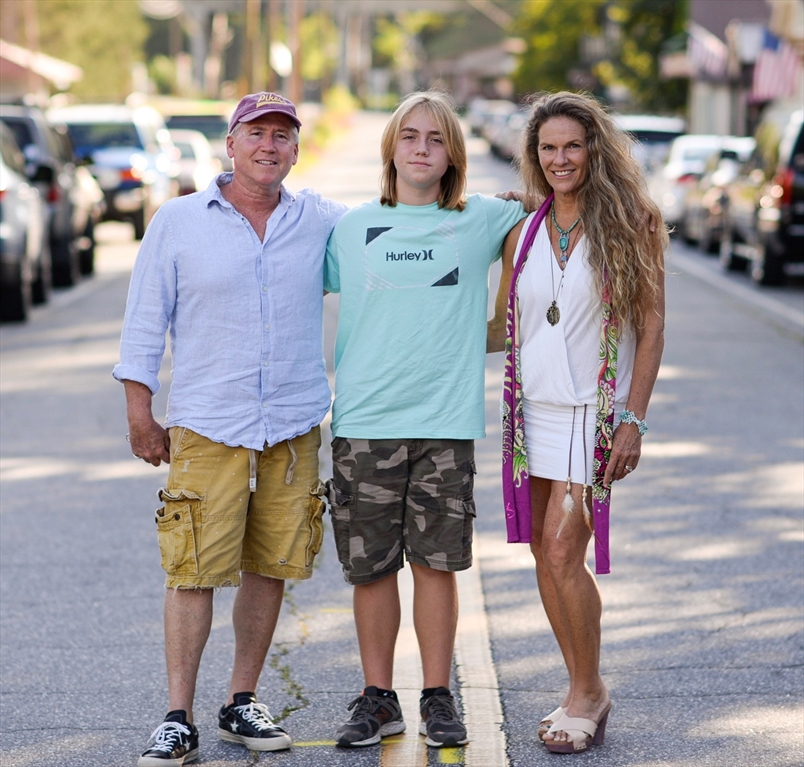 A.) I graduated from WCU the summer of 1984 with a BSBA in Marketing.

Q.)  Mark, what are some of your fondest memories of your days at WCU?

A.)  Initially I was commuting to WCU and was not involved with the many things that were available to students at that time. I then decided to move into a townhouse in Sleepy Hollow and that’s when everything about my experience at WCU changed. I became friends with several of the sisters of Phi Mu Sorority and we had a blast cruising campus in my Jeep. I was eventually asked to become a Phi Mu Big Brother and I also joined the Pi Kappa Alpha Fraternity—and so began my involvement in Greek life at WCU. I have so many great memories of my time at WCU—too many to count! If I was to narrow it down, I would have to say that the fall semesters were the most memorable because of Catamount football, Friday happy hour parties, and the beautiful fall weather in general. For the first time ever, I finally got to enjoy the four seasons at WCU… because in Miami where I grew up there was no real change of seasons. The arrival of spring on campus was another great memory.

A.)  Professor Glenn Bottoms was a favorite. He made the class interesting and always encouraged class participation with lots of discussion…never a dull moment in his class! We were lucky to have him during a time when we could laugh at most anything--without being politically correct. He was great.

Marketing Professor Myron Leonard was also a fun instructor. His classes were never dull and his discussions covered many topics. His approach was easy going, and even though it was a marketing class, you never really knew what topic he might bring up to discuss!

History Professor Dr. Max Williams was amazing. The guy never skipped a beat.  He would end a class covering a particular topic, and would begin the next class precisely where he had left off. He made history more interesting than any other history class I have ever taken.

Lastly, I would like to thank Professor Wagner for helping me get through my FIFTH attempt at math statistics! With his help, I was able to graduate the summer of ‘84.

A.)  I started working for Piedmont Airlines in ‘84 mainly because it allowed me the opportunity to travel frequently between Charlotte and Miami. I was dating a girl from WCU and it allowed me to basically be in two places at one time. I left USAir in ‘92 and moved back to Florida and began working for Savanna Jones, a mail order catalog company in Ft. Lauderdale which specialized in Jeep accessories. I then went to work for a much larger catalog company called ABC Distributing out of Miami. While there, I was a production manager for two years and then managed their email and correspondence department for five years. For the last thirteen years, I have worked for the Billiard Collection in Miami and Ft. Lauderdale, Fla. 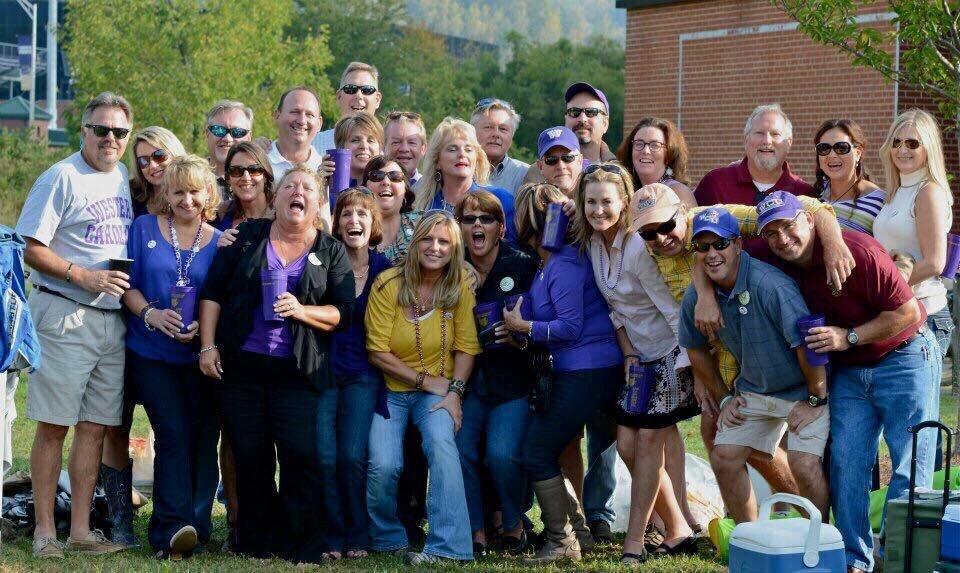 Q.)  Mark, for several years now, you have been the official photographer of the 70’s & 80’s WCU Greek Alumni Homecoming Reunion. You are very talented and your wonderful photography has captured many special moments during homecoming weekend. Do you have a favorite photo you would like to share?  What makes its your favorite?

A.) There are many photos from the last several years that have been personal favorites. It has allowed me to see almost everyone over the course of the Homecoming weekend. I would have to say one of my favorites is a group photo taken in the tailgate parking lot during the early years when the group was really starting to take off.  You can tell from the photo that they were truly enjoying their time together. I believe photographs are so important for many different reasons.

Q.) Mark, you’re also an active alumni member of the Pi Kappa Alpha fraternity. How has this group stayed so strong and connected over the years?

A.)  There is a core group of Pikes from various decades that have always remained close even before Facebook. They are lifelong friends in its purest form.  The advent of Facebook really helped the fraternity reconnect and band back together. Following graduation, life happened for many of us with growing careers and families—the contact may not have been as frequent but it was there. Since our first Greek Alumni Reunion in 2009, the frequency of contact among the group via social media is almost daily. Often times it feels as though we are still hanging out at the frat house!  It’s been a privilege for me personally to be a part of this group. Please come visit us in the Greek Alumni Reunion tailgate area on Homecoming weekend, and you will easily see how Greek life at WCU is truly the bond that has kept us together all these years.

A.)  There’s really nothing out of the ordinary or special about me. I got married a little later in life than most, so now me and my wife Jamie are proud parents of our fourteen year old son Matthew.  He is pretty much the center of our lives and is the main reason I got really involved with photography. My parents documented mine and my brother’s life with many photographs. Photographs are important—and that’s why I have thoroughly enjoyed taking photos during Homecoming at WCU. Capturing those special moments when friends are seeing each other for the first time in years, are some of the most rewarding photos I can take. You can say that is why I am the man behind the camera during homecoming weekends in that special little place called Cullowhee.