MFA Student Emerges as a Change-Maker in North Carolina 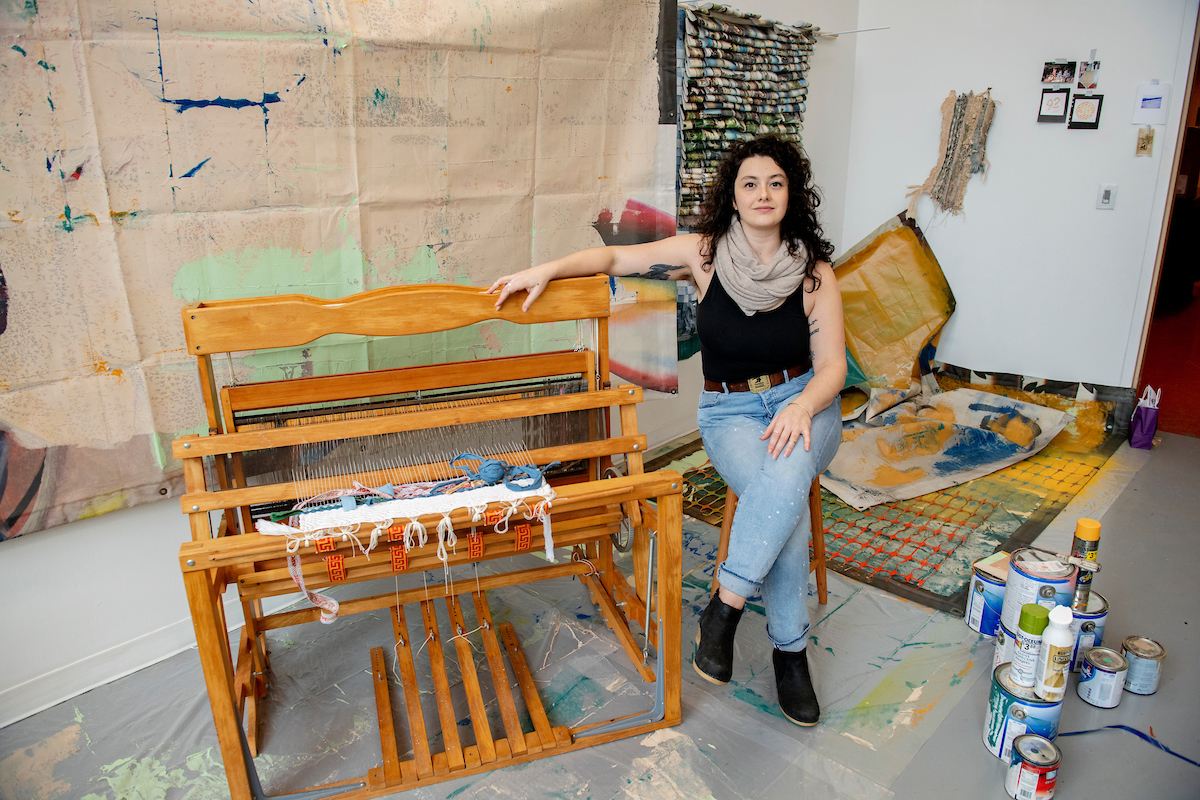 Lydia See is an artist in her own right, but she’s using her new platform as a recognized and emerging “change maker” in North Carolina to showcase the works of others whose voices are rarely, if ever, heard.

See is a student in Western Carolina University’s master’s degree program in fine arts and a recipient of an All For NC Fellowship awarded last year by the Z. Smith Reynolds Foundation to four “young innovators, change makers, visionaries, entrepreneurs and risk takers between the ages of 21 and 35 with bold ideas for how to make a difference in North Carolina and its communities,” according the foundation website. There were 361 applicants.

“The phrase that I use a lot is amplifying other people’s stories,” said See, who received $75,000 and a year of coaching and mentoring from the foundation. “I’m not the storyteller. I’m the facilitator of other people having a platform.”

As such, See began creating a North Carolina public art residency, which would have funded three artists living and working in North Carolina to create public art initiatives in collaboration with a library, archive, or special collection in their community.

However, due to the COVID-19 pandemic, See had to put the residency on hold and go to Plan B — an online journal she was already working on as a companion piece to the public art component.

“In a way, I felt relieved that we hadn’t already awarded our resident artists their initiative funding as it would have been devastating to be forced to cancel their programming,” See said. “Since the online journal offers funding in the form of smaller stipends to a much larger group of artists than larger budgets for fewer artists as with the residency, I feel heartened that we’ll be able to contribute much-needed funding to more artists, many of whom are struggling right now as freelance jobs and commissions have been postponed or canceled.”

See says the journal, Engaging Collections features pieces that examine the intersection of art with libraries, archives and special collections that align with underrepresented artists to act as “conduits of truth-telling while grappling with an incomplete public history.” Submissions include artwork, essays, blog posts, poetry, infographics and visual essays, many resources that would be found in a library’s archives or special collections. Contributors to the journal will be paid.

Who are underrepresented artists? “Someone who does not have formal art training. Anybody who identifies as LGBTQIA2S+ (lesbian, gay, bisexual, transsexual, queer and/or questioning, intersex, asexual, two-spirit, and others), anybody who identifies as nonbinary, women, people of color, indigenous individuals, immigrants, or anybody for whom English is not their first language,” See said. “These are the people who have been historically left out of the dominant narratives of history.”

The idea to use libraries as forums to promote underrepresented artists came to See following a one-year stint as an artist-in-resident in 2016 and 2017 at the Spartanburg County Public Library, a large system in South Carolina with a main library and nine branches in rural areas.

“It wasn’t until I did the residency at the Spartanburg library that I realized libraries are the great leveler. Libraries cater to every different walk of life,” See said. “They’re one of the last free nonjudgmental places where people can go. They are hospitable to people experiencing homelessness. They are hospitable to children who need to burn off some energy and go to a story time. They are hospitable to families. They are welcoming and gracious hosts to the elderly who don’t know how to use their smartphones, so they have a get-to-know your smartphone or iPad workshop. Libraries really are a free and invaluable resource to every community they are embedded in.”

See’s dedication to helping artists developed over time. She earned her undergraduate degree at Massachusetts College of Art and Design in Boston and has since worked in arts administration as a practicing artist. “Some people get paid a lot of money to think about and write about and study artworks made by people who are no longer living,” See said. “The way we treat living artists is very different. The commodity of living artists and the idea of how we live and work is changing. I’m particularly passionate about how artists can be supported and facilitated and bolstered by community.”

See said her residency in South Carolina helped her embrace the idea of “art as public service, art as public engagement.” “And while l do make studio work that can be shown in a gallery or can be sold as an object, I also have a public practice where I’m working in socially engaged initiatives, leveraging art as a tool for bringing people together,” See said.

One of the reasons See decided to pursue her master’s degree at WCU is because of Tom Ashcraft, Distinguished Professor of Visual Arts in the School of Art and Design and its MFA director. “Tom has a very robust public practice,” See said. “He has worked as a studio artist and made objects, but he also makes work that is often team oriented, often collaborative in terms of having several artists making public facing work together for a particular purpose.” For example, Ashcraft’s project for the U. S. Department of States Art in Embassies program took several WCU students enrolled in his “Public Practice” course to Niamey, Niger.

See is grateful for the opportunity the Z. Smith Reynolds grant is giving her to play out her social awareness concerns through her and others’ artwork, while making a difference in the lives of all North Carolinians. “Z. Smith Reynolds is a remarkable organization. They’re a foundation, and the areas they focus on are dignity and equity and environmental justice. They’re very much aligned with values I find important. So, it’s thrilling to be recognized as someone that an organization like that believes in and wants to support.”

About the Master of Fine Arts Program

Graduate SchoolCollege of Fine and Performing ArtsAcademicsResearch and Discovery
Share 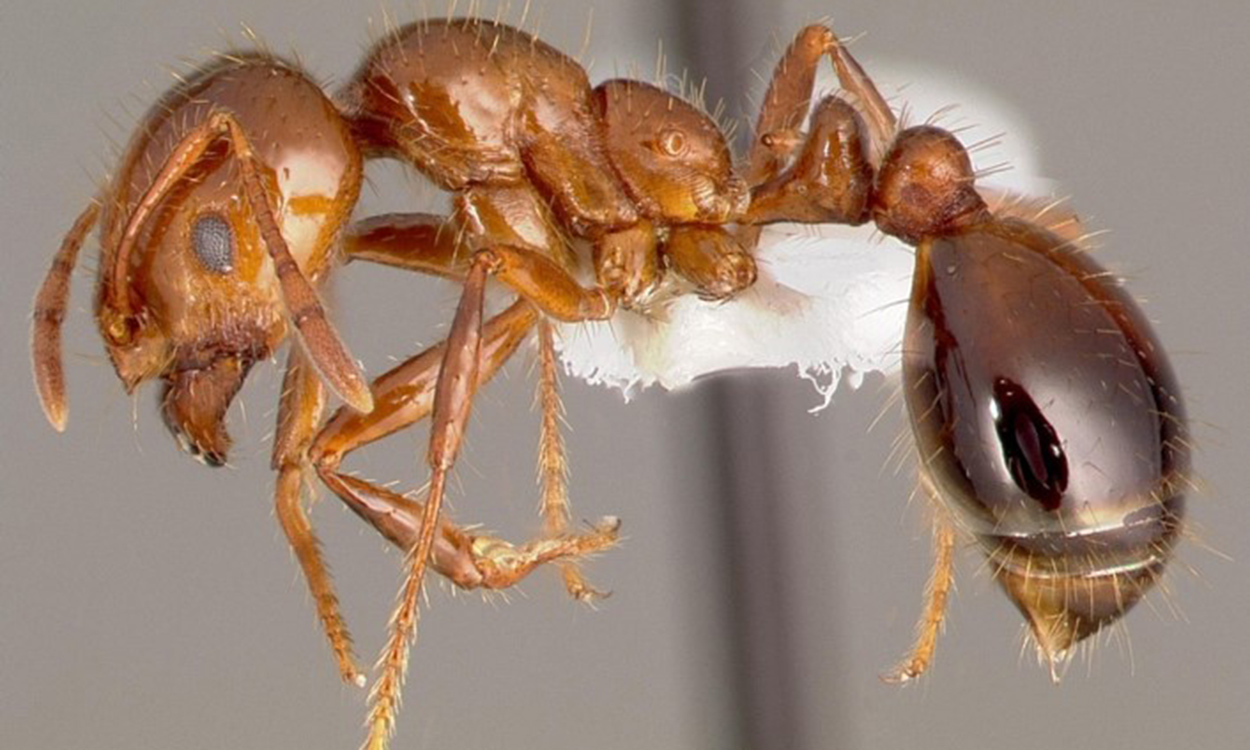 Fire ant problems increase in mountains, including higher elevations of the region