Lena Pearl Dula Mayberry Engstrom was a verb, if ever there was one, with a passion for education – mixed metaphors aside. 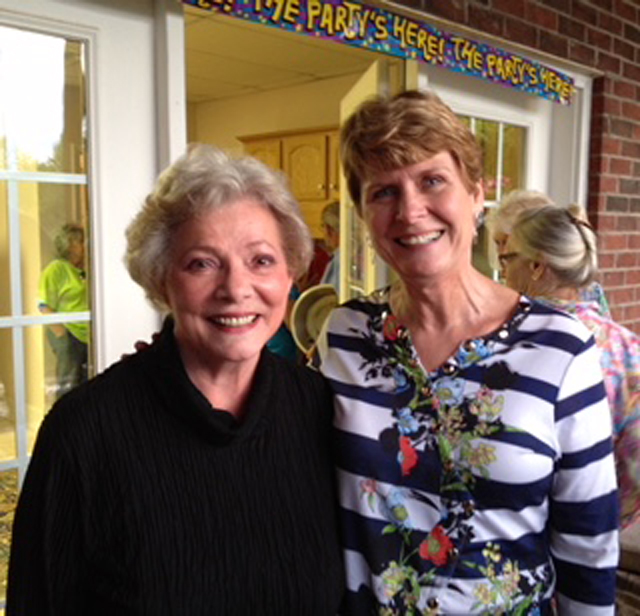 Engstrom taught school for 45 years, pioneered advanced placement classes, graduated from Western Carolina University twice (B.A. ’52, M.A. ’55) and N.C. State (Ed.D. ’72), studied at Harvard, Oxford AND Cambridge universities, plus Duke and UNC-Chapel Hill, and ensured her most gifted students got into college with financial aid by taking them directly to university administrators to show them off. Never mind the countless commissions, organizations, councils and committees she served on. She finally retired in 1997 from Chattanooga (Tennessee) State Community College, where she worked as an English professor.

“She was my model, she was that example,” said Humphries, who established the Lena Mayberry Engstrom Endowed Scholarship Fund at WCU in honor of her former high school English teacher. “She was that person I looked up to. She literally changed the trajectory of my life because she took action.”

Humphries never had considered herself college material until her parents, both textile workers, moved the family from Tryon to Spindale in the middle of her sophomore year, where she enrolled at Rutherfordton-Spindale Central High School. “Divine providence,” Humphries said. “That began a total change in my life. It seemed that the teachers there had a mission of finding, identifying and pushing students to be all that they could be and not be limited by their immediate circumstances. They saw something in me that I did not see in myself.”

One of those teachers was Anne Proctor, Humphries’ junior year English teacher, who was incensed when Humphries told her she would not attend college after high school. “She looked at me and said, ‘The only reason you can’t go to college or couldn’t go to college is laziness.’ Nobody had ever said that to me before, so I wanted to prove to her that she was wrong.”

Proctor steered Humphries to the college preparatory track and watched her young student flourish. “Because of this junior English teacher’s influence, I was one of 12 hand-picked students to be a part of a pilot course, called ‘College English,’ that Lena Mayberry was going to be teaching for the first time,” Humphries said.

And so began Humphries’ tutelage under Engstrom, which included stage direction as well as classroom instruction. Engstrom directed Humphries in starring roles in the junior class play, “The Little Dog Laughed” and in the senior class play, “Dark Moon,” while teaching her in advanced English classes.

“She had a young family of her own, and teachers made next to nothing in those days, but in that ‘College English’ class she invited poets and authors,” Humphries said. “She raised money in the community to take us on field trips to Charlotte to see ‘My Fair Lady’ when we were studying George Bernard Shaw’s ‘Pygmalion,’ to see ‘West Side Story’ when we were studying ‘Romeo and Juliet.’ Sometimes she even drove the activity bus to get students there. She was a woman of action. She was passionate about teaching, she was passionate about learning. But gosh, she was passionate about her students. You’d just breathe that when you were in her presence.”

So passionate was Engstrom that when time came for Humphries to apply to college, Engstrom had a plan. “She took me and another classmate, students who wanted to be teachers, to Western Carolina,” Humphries recalled. “That was her alma mater. She made an appointment with President Paul Reid and Frank Brown, who was vice president for finance, and introduced us to them. She just sang our praises and said, ‘if you will help these young ladies, I promise you they’ll never disappoint you.’ You know, anybody else could write letters, anybody else could encourage. But this woman didn’t do that. She took action personally.”

But Engstrom wasn’t finished. “Once we were there, she always kept in touch with us, and she would come up at least once a year on weekends and spend the night in our dorm rooms to see how we were doing,” Humphries said.

For Humphries, Engstrom’s belief and encouragement were invaluable, just what she needed. Her father had been an alcoholic, but her mother, the “strength” of the family, always had kept the faith, following the lead of Humphries’ teachers. “She would say, ‘Joan, you know if your teachers believe you can do this, I certainly believe you can.’”

And Humphries did rise to the occasion, earning her master’s and doctoral degrees from the University of Georgia and becoming an honored teacher, principal and assistant superintendent in the Clarke County (Georgia) School District in Athens. Among Humphries many awards are the Georgia Association of Educational Office Professionals Administrator of the Year in 1989 and Athens EVE Award for Outstanding Contributions in the Field of Education in 1989. In 2008, the Clarke County Foundation for Excellence in Education named the Joan D. Humphries Excellence in Teaching Award in her honor.

“I really have lived my professional life trying to honor her,” Humphries said. “The endowed scholarship was a way to continue her legacy through other teachers and other students. I called her and told her about it, and it was an emotional moment for both of us.”

Soon after that phone call, Engstrom’s husband, Col. Dale Engstrom, who was 99 at the time, called back: “He said, ‘I’m going to match what you’ve given. I can’t tell you what this means to the woman who is the love of my life,” Humphries said. 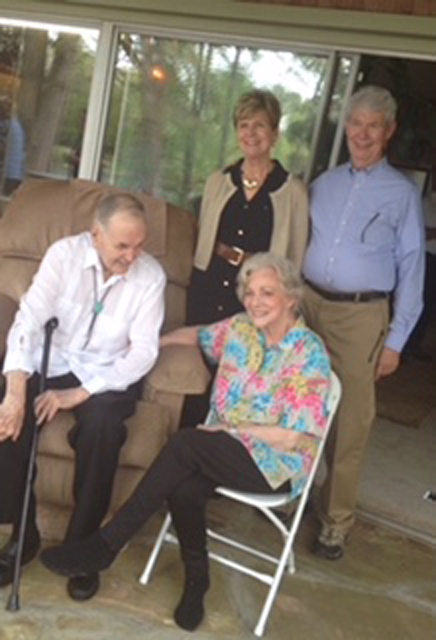 “As I get older and look back on the life I’ve been privileged to live, I realize it was not the life I might have lived; it has been a life of meaning and purpose and making a difference in the lives of others,” Humphries said.  “It has been a life of having the resources to educate my children, to travel and do things I never expected. The friendships, the relationships, the advanced education came to fruition through this woman because she took action.”

Humphries’ gift pledge is part of WCU’s “Lead the Way,” a comprehensive fundraising campaign inspired by the leadership of the late Chancellor David O. Belcher. The “Lead the Way” campaign held its public launch on March 1, with a goal of raising a minimum of $60 million in contributions by the spring of 2019. Belcher announced at his 2012 installation address that increasing the number of endowed scholarships would be the No. 1 philanthropic priority of his administration. More than 200 new endowed scholarship funds have been established at WCU since then.

In addition to increasing financial support of WCU students through endowed scholarships, the fundraising effort also seeks funding for experiential learning opportunities such as travel grants, paid internships, undergraduate and graduate research activities, and attendance at professional conferences. A third prong of the campaign emphasizes programmatic support to bolster the work of WCU’s colleges, schools, departments and programs.