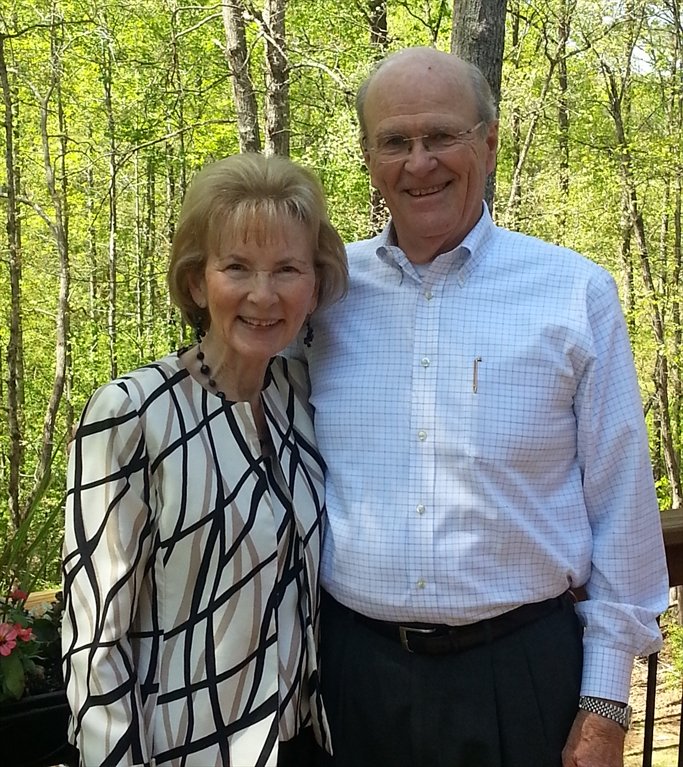 A.) There are so many wonderful things that keep Western in my mind.  From freshman orientation wearing my beanie to the many activities at the Student Union, Joyner, and the Townhouse.  Campus events such as football games at old Memorial Stadium, movies at University Auditorium, watching Henry Logan’s magic at Reid Gym, then trying to imitate him during pickup basketball games in the same gym, and late night studying at Hunter Library. I got to really know people in all my classes and they came from so many different places and backgrounds.  Also, I worked in Brown Cafeteria and as a Dorm Assistant which allowed me to get to know even more people.


Q.) Who were your favorite professors at Western Carolina and why?

A.) I had so many great professors at WCU that it’s nearly impossible to pick just one.  Dr. Mabel Crum and Mrs. Winnie Killian in the English Department as well as Mr. Joe Crum and Dan Wells in the Math Department took time to make sure we thoroughly understood the lessons.  They, along with other professors, took the time to really get to know their students to the extent that they would remember your name long after your class with them had ended.  Most of my classes were in the Social Science Department.  Professors who still come to mind as special were William Latimer, H. P. Smith, Max Williams, Clifford Lovin, John Bell, T. Conn Bryan, and Gordon Robertson.  These outstanding professors would get to know their students well beyond the walls of the classroom.  They provided me the educational foundation that enabled me to stand on equal footing with graduates from any other university.


Q.) Jim, you had a very a distinguished and successful career with the US Department of Labor and later as an attorney with your own private practice. Tell us a little about your career path and how you got there.

A.) I had taken the old Federal Service Entrance Examination, which at that time was comparable to the SAT or GRE.  I scored high enough and was fortunate enough to be selected and hired by the US Department of Labor.  I worked for the Department of Labor for six months before Uncle Sam came calling and I joined the Army.  I graduated from OCS and served as a Training Officer at Ft. Polk, LA, as an Infantry Platoon Leader in Vietnam, and as the Property Book/Supply Officer for the 4th Infantry Division HQ and HQ Company.  Upon my return to the states, I served as Administrative Officer at the Civil Affairs School, Ft. Gordon, GA.  Following my discharge, I returned to the Department of Labor where my job took me to almost every corner of the Southeast United States.  I spent many years as the Branch Chief, Compensation Branch, where I supervised and directed the work of over 20 economists.  I served on several national committees and even chaired one.  One of the committee’s assignments began as a systems redesign project to upgrade the processing system and ended up being a complete program redesign.  Work on this committee took over three years, and required monthly trips to Washington, D.C. and many regional offices.
I attended law school on the GI Bill and passed the Georgia State Bar Examination.  I am admitted to practice in all state courts, the federal district courts, and the U. S. Circuit Court of Appeals.  The office where I worked did not consider that to be particularly beneficial to them but often times they would ask me questions concerning a legal aspect of a current issue within the office. Imagine that!  I retired from the Department of Labor and I continue to practice law where I focus on civil cases and not criminal cases.


Q.) Jim, you are currently on the WCU Alumni Association Board of Directors, an active member of the Western Alumni Club of Georgia, and a founding member of the Atlanta Alumni/Student Job Shadowing Program. Why do you feel it’s important for alumni to stay connected and involved with their university?

A.) I stay connected to WCU through work and participation with various university volunteer groups.  It is my simple way to say “thank you” for the role Western Carolina played in my life.  Also, it is a way for me to stay in touch with many of my WCU classmates who also feel this same desire to give back.  This continued connection with my alma mater allows these lifelong friendships to grow and hopefully continue with future generations.


Q.) Jim, you’re also an active alumni member of the Pi Kappa Alpha fraternity. Tell me about the special bond between the brothers of Zeta Xi Chapter of Pi Kappa Alpha.

A.) I was fortunate to be a charter member of a local fraternity that went national and became a chapter of Pi Kappa Alpha Fraternity. During the formation of the local fraternity, and as a chapter of Pi Kappa Alpha, the brothers were very active in all aspects of student life.  My fraternity brothers were on the Dean’s List, participated in varsity sports, intramural sports, band, theater, and in almost every other activity on campus.  One brother was even the director of the Miss Catamount Pageant!  Our Zeta Xi Alumni Association Chapter has continued this tradition of participation and service and has been selected the National Alumni Association Chapter of the Year five times!. We are all strong supporters of the Catamount Club, the WCU Alumni Association, the band, and many other organizations and activities on campus.

A.) Libby and I were introduced by a fraternity brother of mine and his girlfriend on Libby’s birthday at the famous Townhouse.  She and Libby had known each other since first grade.  I had seen Libby at various places around campus, such as Brown Cafeteria and the Townhouse, but we had never been introduced.  Libby and I came from very similar backgrounds.  On Sundays, I attended Cullowhee Methodist Church and she went to Cullowhee Baptist Church and afterwards we would meet for lunch, first at Brown and then later at recently opened Dodson Cafeteria.  Boy, was I smitten!  Fast forward a few years, and now we have two grown children and two beautiful granddaughters.

A.) I’m pretty much a what you see is what you get kind of guy.  Few people may know that at one time I officiated high school football games as well as two different youth associations. I love to play golf and have participated in many of the Catamount Club Golf Tournaments.  I worked at the PGA Tour Championship as a marshal for 10 years. I’m a runner… I ran the Peachtree 10k Road Race at least 20 times.  I remember when it was a big deal when they limited the number of Peachtree Race runners to 10,000—now it is over 60,000! I also ran 4 Atlanta Half Marathons and one RRCA 15K race.
When I traveled throughout the Southeast with the Department of Labor, I visited many small towns.  Often times during my travel, I would meet someone and ask where they were from. They would typically respond “I’m from a town you have never heard of I’m sure”.  My usual response would be “I spent a week there one day!”


Finally, few people probably know that I served as President of the 35th Infantry (Cacti) Regiment Association, Inc., a national veteran’s organization.  During this time, we built a monument at Ft. Benning’s Walk of Honor. I oversaw the entire project from beginning to end. This required several trips to Ft. Benning and meetings with the contractor and representatives from the National Infantry Foundation.