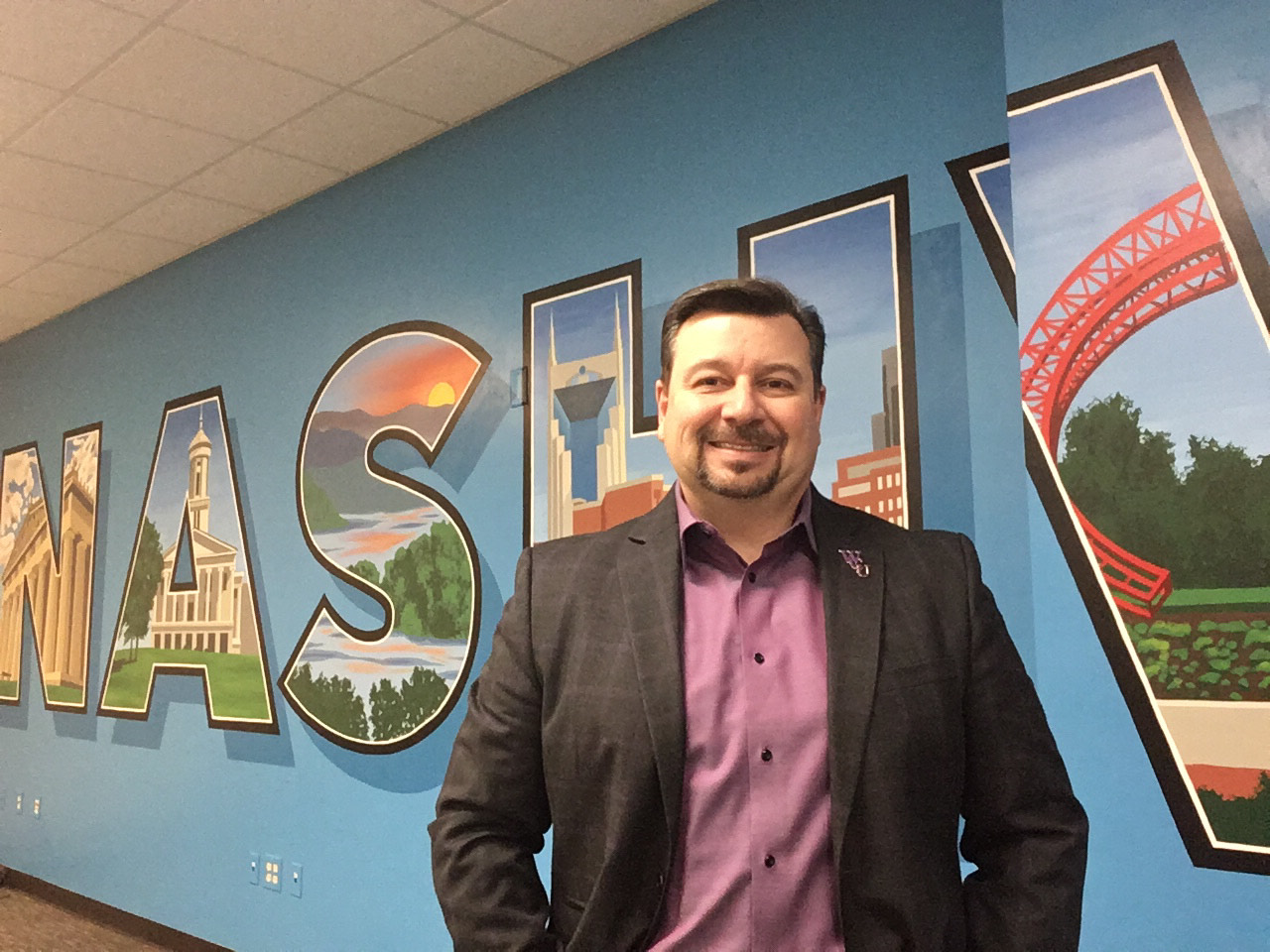 I became a Catamount in Fall ’87 and graduated in Spring of ’94 with a degree in Special Studies focusing on Business Management.  I was blessed to be able to squeeze all four years into seven!

Q.)  Jeff, what are some of your fondest memories of your days at WCU?

Cullowhee is a special place for so many reasons and as a hyper engaged Catamount I am flooded with memories. From working at El Gato’s Mexican Restaurant (now Sazon), to Greek life as a Sig Ep and Alpha Xi Delta Big Brother, I formed some of the most amazing lifelong friendships and each memory has a special place.

However, the fondest one for me was that one night in February ’93 when I set eyes on a Delta Zeta girl named Andrea Sparks. The following week brought the Blizzard of ’93 which shut campus down snowing me and some other friends in at Laurel Oaks. That chance meeting the week before blossomed into what will be a beautiful twenty-five year marriage in April of this year.

It honestly would not be fair for me to pick just one. There were so many faculty and staff members at WCU that contributed to my experience. I will say that the spirited debates in my handful of business law classes almost convinced me to focus on law, but I was already on a seven year track to get my undergraduate degree.

I spent sixteen years in banking and finance. The first thirteen were with HSBC where I gradually ascended to Vice President of a national sales and operations platform for mortgage services in Tampa, Fl. After a move to Nashville, Tennessee, I spent three years as a Senior Vice President of retail banking. In 2013, I had an opportunity to change industries and now lead a sales organization for Comcast NBC Universal focused on residential service from Michigan down to Florida.

Q.)  Jeff, you are currently on the WCU Alumni Association Board of Directors and an active member of the Middle Tennessee Western Club.  Why do you feel it’s important for alumni to stay connected and involved with their university?

College experiences, both educational and social, helped me transition from a kid to an adult. Much of who I am as a leader, husband, father and friend were molded in Cullowhee. As I have aged, I look back at my days as a young alumnus and see that it was about cheering on athletics and visiting with friends who were still in the area. In later years, I found it was about staying connected to friends who moved reconnecting at Homecoming. Recently, it has become more about mentoring and guiding young people who are starting their journey and finding their way.

After I graduated, it took me some time to “figure out what I wanted to be when I grew up”. I went in for an interview in Jacksonville, Florida and guy walked in about halfway through and took over the interview after seeing my resume. He said, so you’re a Catamount… so am I! I was shocked at this coincidence, but because of this connection, he gave me an opportunity. He unfortunately passed away last year, but his spirit of mentorship has inspired me to try to do the same with today’s young students and alumni.

Q.) Jeff, you’re also an active alumni member of the Sigma Phi Epsilon Fraternity. How has this group stayed so strong and connected over the years?

Sig Ep was a huge part of my college experience. I have been honored to be President of our Alumni Volunteer Corporation for seven years and have been supported by an amazing group of brothers. When I joined in Fall ’87 we were still the youngest Greek organization on campus having been founded in 1983. All of our alumni were young alumni then with a great number of them visiting often. As the years progressed, that base grew and stayed connected. As we established families, our spouses and children built relationships with each other. The introduction of social media took everything to another level. Age, generation, and differences don’t matter—we are all brothers.

Sig Ep at WCU went inactive in 2008 and rather than withering away, that strengthened our alumni. In the ten years between being inactive and recolonizing we have had brothers on WCU’s Alumni Board of Directors, WCU’s Board of Visitors and the WCU Foundation Board. Our homecoming gatherings have grown year after year with as many as a hundred in attendance. We raised money to establish the Sigma Phi Epsilon NC Pi Endowed Scholarship presenting the check to former Chancellor Belcher and his wife Susan. Alumni also raised $70,000 for the re-colonization effort and have awarded nine Balanced Man Scholarships to WCU students since returning to campus. Finally, Sig Ep has won flight two of the Catamount Club Greek Challenge for the last two years.

Some might say we are back. I say we never left!!!

Q.) Jeff, you have a daughter currently enrolled at WCU.   What degree field is she pursuing? How does it feel to have her continuing the Catamount Legacy?

One of the proudest moments in my life was when Amanda told me that she was decommitting from the University of Alabama to become a Catamount. She is now a sophomore in the David Orr Belcher College of Fine and Performing Arts pursuing her BFA in Musical Theatre. WCU has an incredible program with outstanding talent in both the faculty and the students. Please support the arts!

I was born on July 20, 1969, the day Apollo 11 made the first moon landing. I have had an affinity for the space program my whole life. Having the opportunity to meet Apollo 11 capcom and Apollo 12 moonwalker Charlie Duke last semester at WCU was a chance to meet my hero. I was as excited as a little kid!