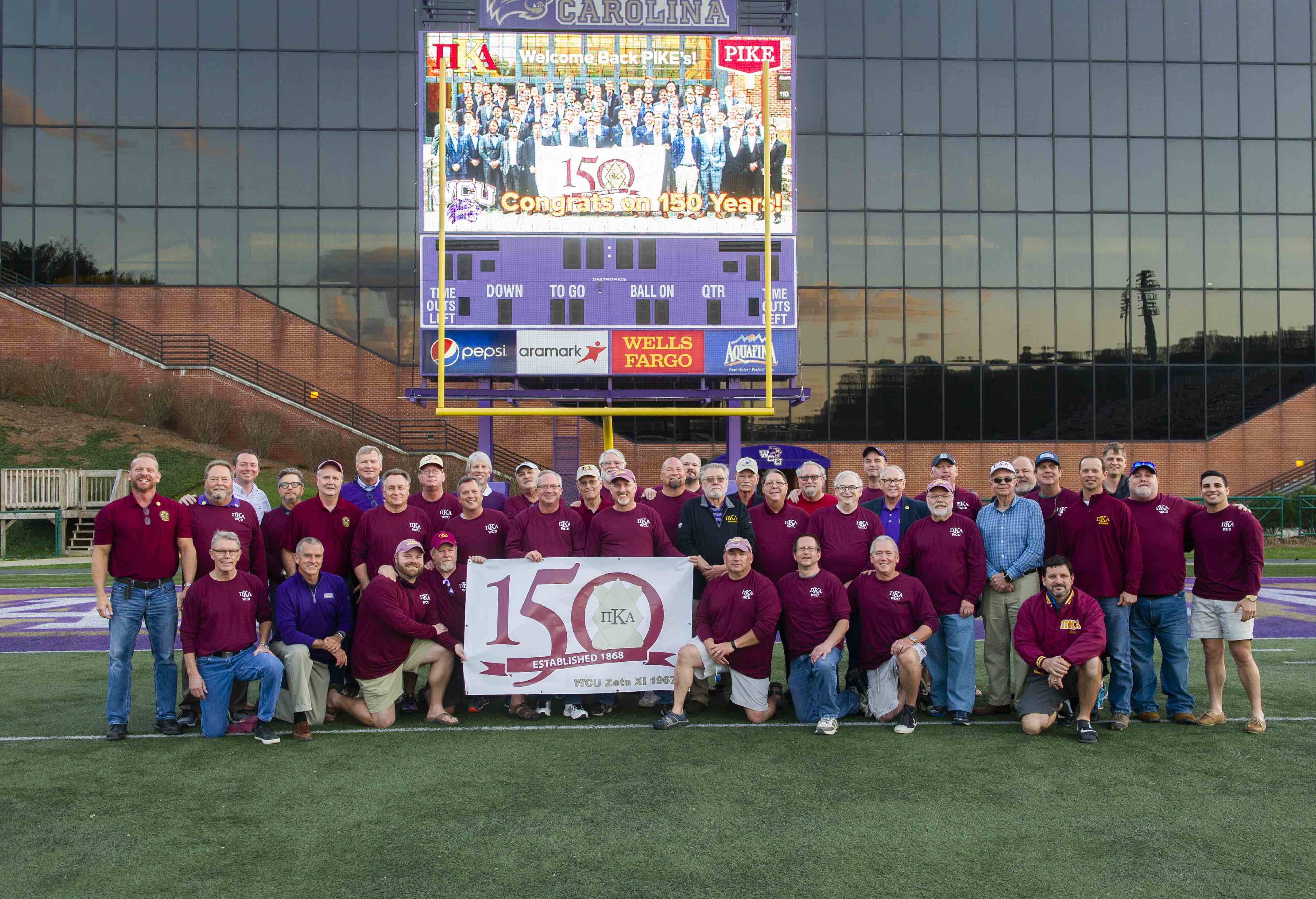 It’s all in the family for Amy Kilby, Samir Hafiz and Jerry Matheny when it comes time to shake the money tree for Western Carolina University’s student-athletes.

All three are enthusiastic participants in WCU’s Greek Challenge – now in its fifth season – which rallies members of past and present fraternities and sororities at WCU to pony up big bucks and to join the Catamount Club all in support of athletic scholarships. So far, the Greek Challenge, which lasts nine weeks during the fall semester, has raised more than $2.8 million in the four years since its inception in 2014. This fall’s challenge ends Oct. 26. Last year alone, WCU fraternity and sorority members contributed more than $800,000 to the record-breaking $1.57 million raised for student-athlete scholarships, said Joey Cutting, assistant director of the Catamount Club.

“The Greek Challenge earnings provided more than half of that $1.57 million, further proving why it’s such a vital part of our operation,” Cutting said. “It also has produced 1,300 new Catamount Club members since 2014, while helping to retain more than 75 percent of those members annually.”

For Hafiz, who earned a bachelor’s degree in sport management in 2014 and a master’s degree in business administration in 2016 from WCU, rallying his Pi Kappa Alpha brothers to contribute to the Greek Challenge was a no-brainer. “I think it keeps us connected, because win or lose, our student-athletes are busting their tails, and it makes it exciting for us to come and watch them perform any sport, not just football,” he said. “I also think it’s about giving back. I came to Western as the shyest kid, and by the time I left I was student body vice president at one time.” 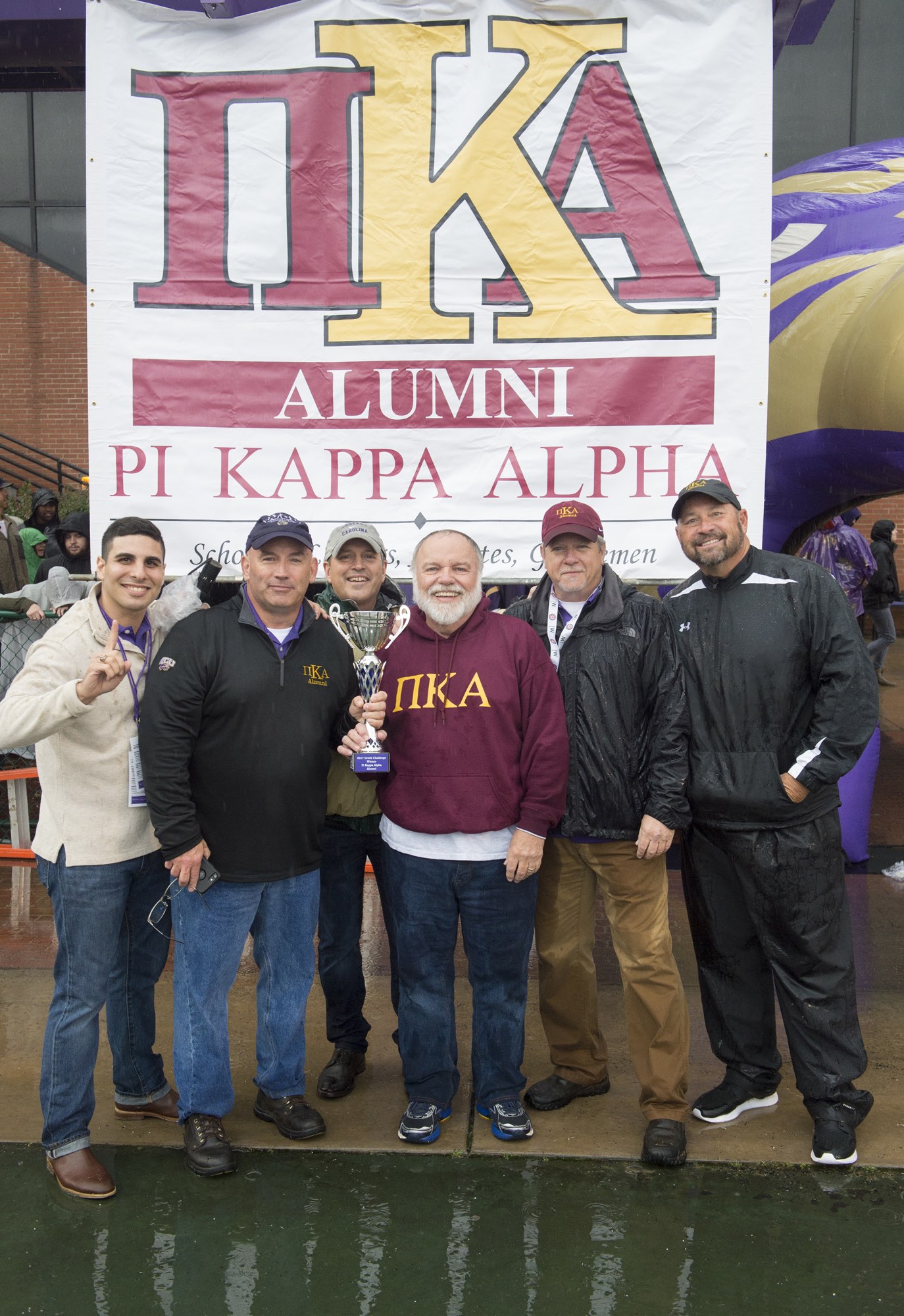 Hafiz’s fraternity brothers agreed and responded last year in record numbers – 186 members – the most by any fraternity or sorority since the Greek Challenge started. That fact, along with other factors, helped them win first place in the fraternity division of the challenge.  So, how did they do it?

“We work very hard at creating and maintaining relationships across all age groups,” said Pi Kappa Alpha fraternity member Jerry Matheny, who has helped coordinate the fraternity’s fundraising effort in the past. “Without that age-blind synergy, organizations will blossom and wither in short cycles as this group or that rises and falls. We have been able, through hard work, to bridge age gaps and have a more consistent involvement of our initiates.”

For Sigma Kappa member Amy Kilby, participating in the Greek Challenge helps her reconnect with what she considers were “four of the best years” of her life. Some 30 years later, she considers her sorority sisters more than friends. “The Greeks from the ’70s and ’80s are very strong supporters of the Catamount Club,” said Kilby, who graduated from WCU in 1987 with a bachelor’s degree in clothing, textiles and merchandising. “We want to see our sports programs thrive, and we love coming back up here to gather, share our memories and create more memories together. And not only my sorority, but all the other sororities and fraternities. We all get along beautifully together.” 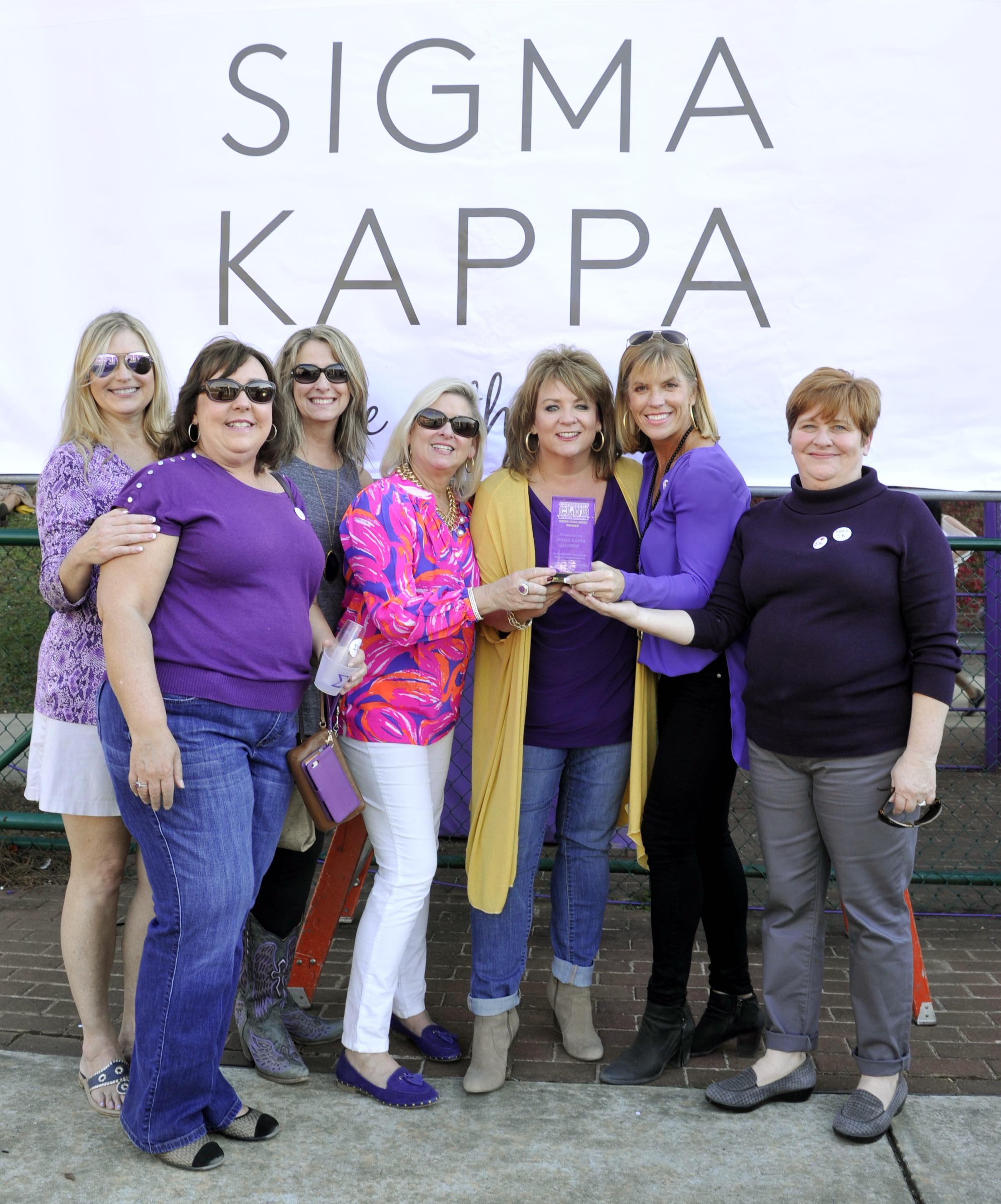 Sigma Kappa sorority member Amy Kilby, third from left, loves the friendly competition among all of WCU’s sororities and fraternities during the Greek Challenge, which Sigma Kappa won in 2016 and 2017, because it lets her reconnect with her former Greek life family.

Sigma Kappa won the sorority side of the Greek Challenge last year because of good old-fashion word-of-mouth advertising by way of new social media, said Kilby. “I always reach out to other sisters to post on Facebook about the Greek Challenge so they just don’t hear from one,” she said. “I always encourage them to grab their big sister, grab their little sister, their pledge sisters and remind them to give back to Western Carolina, and that we, as a sorority, would like to win the challenge, once again. And I say that in a healthy way. I have several friends who are Alpha Xi Deltas, Phi Mus and Delta Zetas, and I can’t tell you enough how much I feel like all the sororities in my age group sincerely get along well together. It’s a healthy fun challenge.”

With more than 350 student-athletes participating in WCU’s 16 sports programs, the Catamount Club works hard to provide financial support to as many athletes as possible, Cutting said, within the NCAA’s cap of 189 full-ride scholarships. Currently, the Catamount Club is able to fund 154 of those scholarships, highlighting the importance of fundraisers such as the Greek Challenge. “That’s why we show up to work every day—to try to get that 154 closer and closer to 189,” Cutting said.

For Kilby, raising money for the Catamount Club is a labor of love. “Because of the education I received from Western Carolina, the memories I have from my college days at Western Carolina, I am just all-in-all a happier person, a better person because I went to college up here,” she said. “I truly love, love my alma mater and I would like to be able to give back just a little bit and as much as I can to my university as I can. I want to see it grow and thrive. I don’t ever want to see it get too, too big, but I want it to do well.”

Learn more about the Greek Challenge and how to get involved.