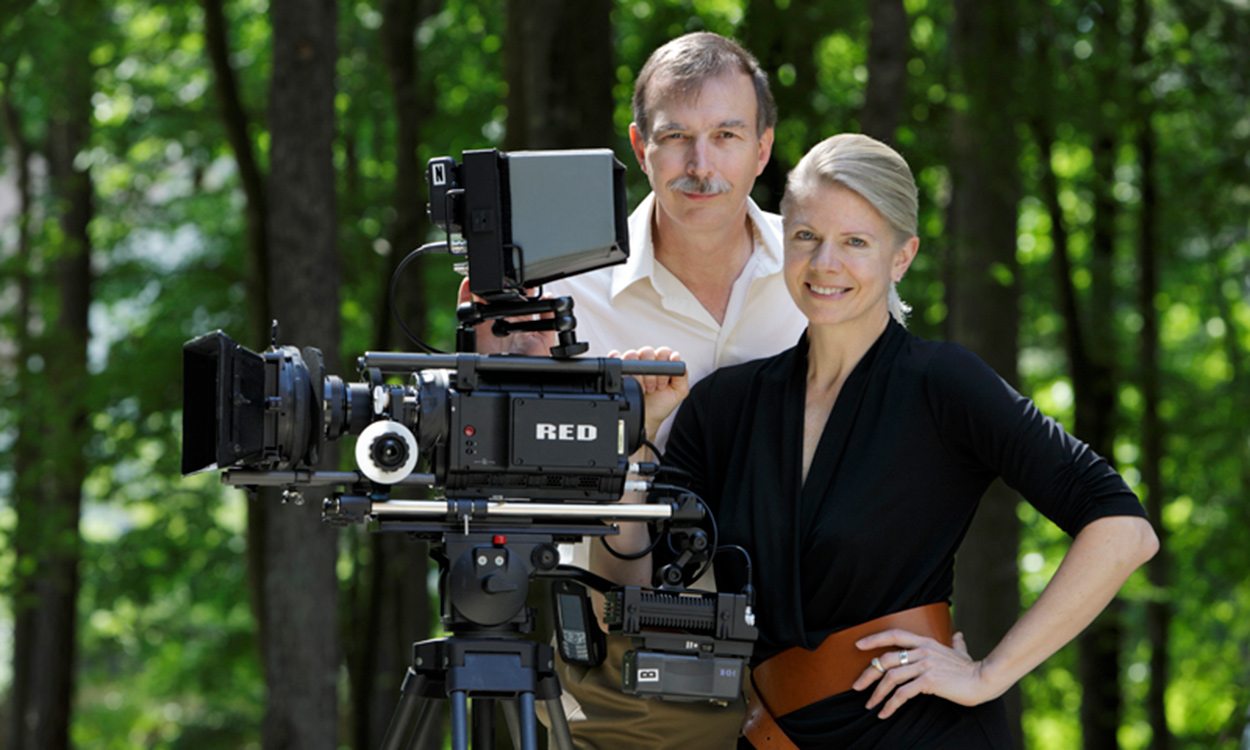 Will and Deni McIntyre pose with their first RED camera during an assignment in Raleigh in 2008. (Photo by Steve Murray)

An acclaimed husband-and-wife photography and filmmaking team that began with a chance encounter during an intern’s photo assignment for Western Carolina University’s Office of Public Information now has trained its lenses on providing scholarship support to deserving WCU students.

Will and Deni McIntyre, who have traveled the world capturing photographs and video for global clients for more than 40 years, recently created an endowed scholarship for students majoring in English or world languages through gifts totaling $25,000. Preference will be given to students with demonstrated financial need.

“Both of us enjoyed our time at WCU and felt we got a good basic education as undergraduates there,” said Will McIntyre, a 1976 graduate of WCU who earned his bachelor’s degree in English. “But, both of us worked the whole time we were in college. We managed our schedules, and things worked out for us. But, we thought it would be nice to ease the financial burden of a few current students now that we have the resources to do that.”

The McIntyres, who reside in Henderson County, selected English and world languages as programs to benefit from their contributions because of their affection for humanities and the liberal arts, said Deni McIntyre, who studied at WCU before transferring to Wake Forest University, graduating in 1980.

“We were both English majors who also took classes in French, Spanish, German and Russian, and I later took Greek and Italian at Wake Forest,” she said. “There's nothing that has been more useful to us in our traveling lives than knowledge of other languages.”

Since launching McIntyre Photography Inc. in 1979, they have worked in more than 80 countries on six continents, collecting images for a vast array of magazines, corporations and photography agencies. Their book “All Over the Map: Travel Photographs and the Stories Behind Them” won the Best Photography Book Award from Independent Book Publisher Association in 2001. 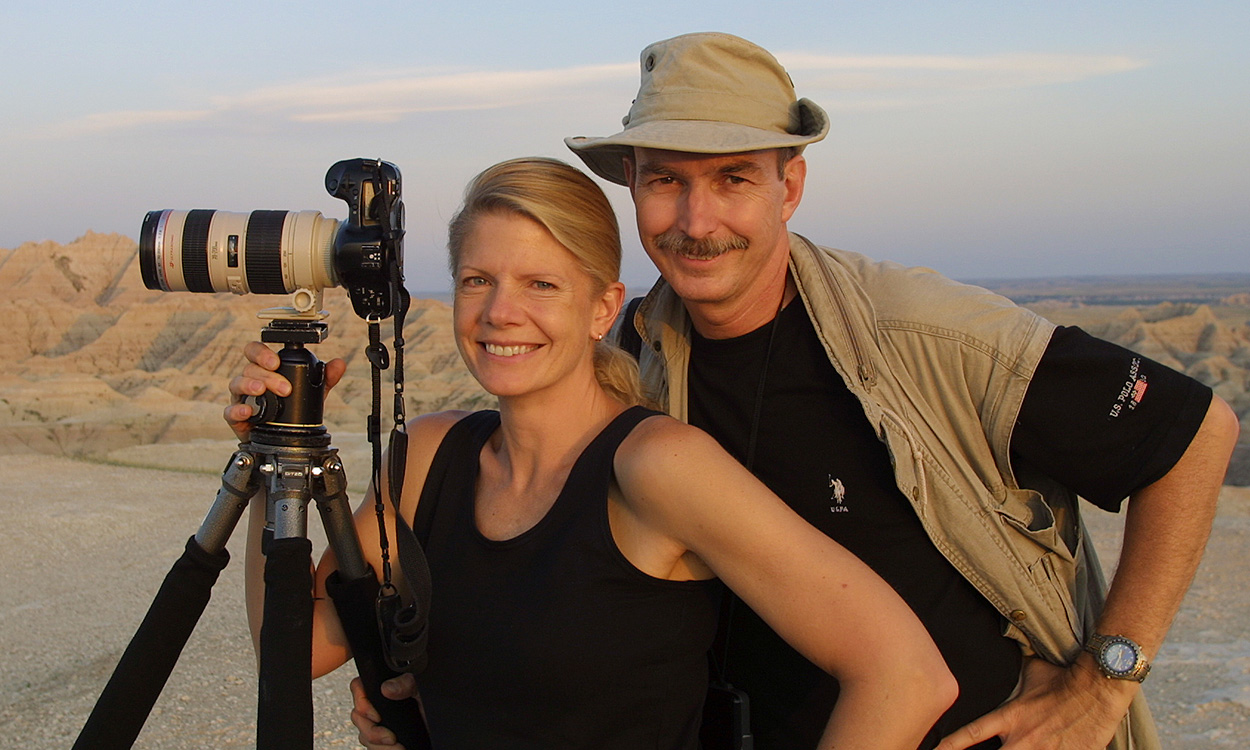 Deni and Will McIntyre on the set of a photography shoot in the Badlands of South Dakota in 2001. (Photo by Zeb Holt)

“A language is like a window into a culture, and knowing another culture’s language takes the fear out of being outside your normal comfort zone when you travel,” Will McIntyre said. “While we’ve worked in 80 countries, we don’t speak all those languages. But, we make out OK, even in Korean or Arabic or Mandarin, because we’re not afraid of trying.”

The McIntyres said they are looking forward to students receiving scholarships through the newly launched Will and Deni McIntyre Endowed Scholarship Fund in the years ahead. “We just want to contribute to their having an enjoyable college experience at WCU, like we did,” Deni McIntyre said. “We’ll never be able to repay the individual professors and administrators who helped us when we were students, but we can help people who are now where we once were.”

Directing their contributions toward programs in the humanities and liberal arts also is intended to send a signal that those areas of study are as important as science, technology, engineering and mathematics programs, they said.

“In recent decades, there’s been a national emphasis on STEM subjects at lower levels of public education, and we understand why students feel pressured to pick a college major that they think will lead to a lucrative career. But we believe that in the long run, the most rewarding choice is to go with your gut and study something that is compellingly interesting to you personally,” Will McIntyre said.

“If you pursue money, you may or may not get it. But if you pursue something that interests you, you will be satisfied—and you may get money, too. It worked for us,” he said.

The McIntyres are a prime example of how a background in the liberal arts can pay dividends through satisfying professional careers leading to memories that last a lifetime while also providing the financial ability to “pay it forward” on behalf of students who follow a similar educational path, said David Kinner, dean of the College of Arts and Sciences.

“This generous contribution from Will and Deni will have a lasting positive effect on our English and world languages programs and the many students who will benefit from their benevolence,” said Kinner. “I envision the impact of their generosity spreading like ripples across generations of WCU students.”

In addition to their award-winning compilation of photographs from across the globe, the McIntyres published the book “Three Ranches,” the story of how 100,000 acres in Wyoming and Colorado have evolved over past 150 years, which won a Gold Medal for Regional Nonfiction from the Independent Book Publisher Association in 2013. They also have created large format books for Elon and Vanderbilt universities, an illustrated journal for fox hunters titled “Chronicle of the Chase” and a history of a national home improvement retailer titled “No Place Like Lowe’s.”

Most recently, they have served as producers for six seasons of the Emmy Award-nominated PBS series “David Holt’s State of Music.” Their latest broadcast effort, “My Music with Rhiannon Giddens,” is scheduled to begin airing nationwide on PBS in May 2023.

Will McIntyre served on board of trustees of the American Society of Media Photographers, and is a founder of its North Carolina chapter and member of the Steadicam Operators Association. He received the WCU Alumni Association’s Professional Achievement Award in 2000.

In addition to working side-by-side with her husband on photography and video projects worldwide, Deni McIntyre has written articles for national magazines, corporate clients and websites and is recipient of multiple awards for her work on annual reports for Lowe’s Companies. 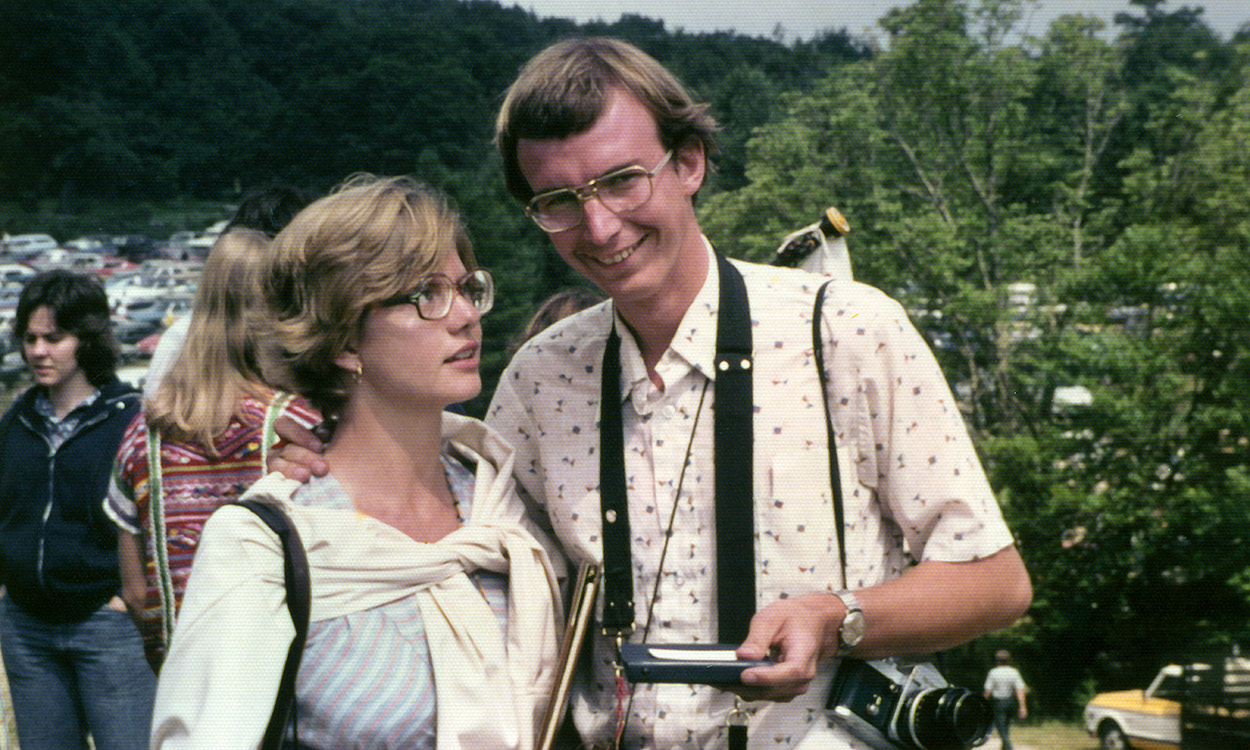 Deni and Will McIntyre, seen here in 1976, began their careers as a dynamic duo in photography during their years as students at WCU. (Photo by fellow student photographer John Daughtry)

About that fortuitous first encounter while undergrads at WCU? Well, there is some disagreement on that topic.

“Will likes to say that we met in a ‘Romantic Poets’ class, and we did take that course at the same time, but actually we met when Will came to photograph the Foreign Languages Club party for the Office of Public Information,” Deni McIntyre said. “I remember long legs, long hair and a neon orange backpack full of cameras. Irresistible!”

For more information on creating an endowed scholarship fund to help students pursue their higher education goals, contact the WCU Division of Advancement at 828-227-7124 or advancement@wcu.edu, or visit the website give.wcu.edu. 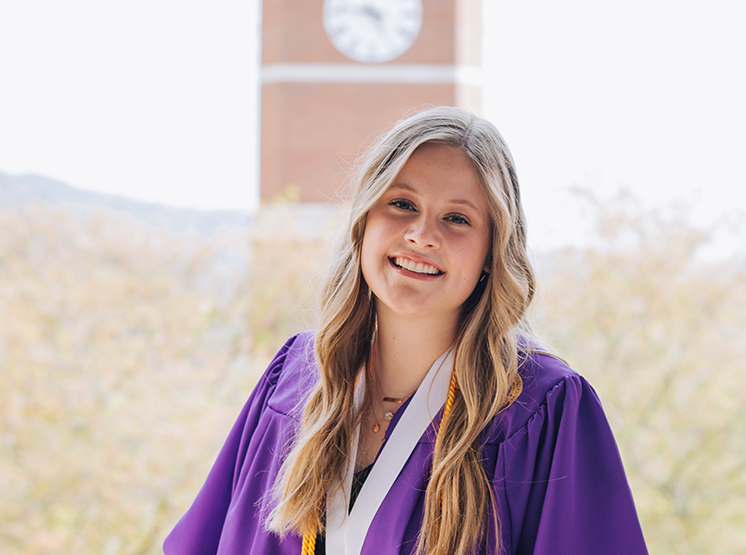