From emergency funds for a needed foreign language lab to college scholarships for co-workers or their relatives, money is available to Western Carolina University’s neediest students, thanks to WCU’s faculty and staff senates, whose fundraising efforts and personal giving help the university take care of its own.

For 11 years, members of the Staff Senate have been contributing to the Staff Senate Scholarship Fund, which, come December, is expected to hit a hard-earned milestone of $100,000. “Our endowment began in August of 2007 when Staff Senate saw a need,” said Natalie Broom, Staff Senate chair. “Since we’re higher education, we wanted to promote higher ed and help staff afford college for their children.” 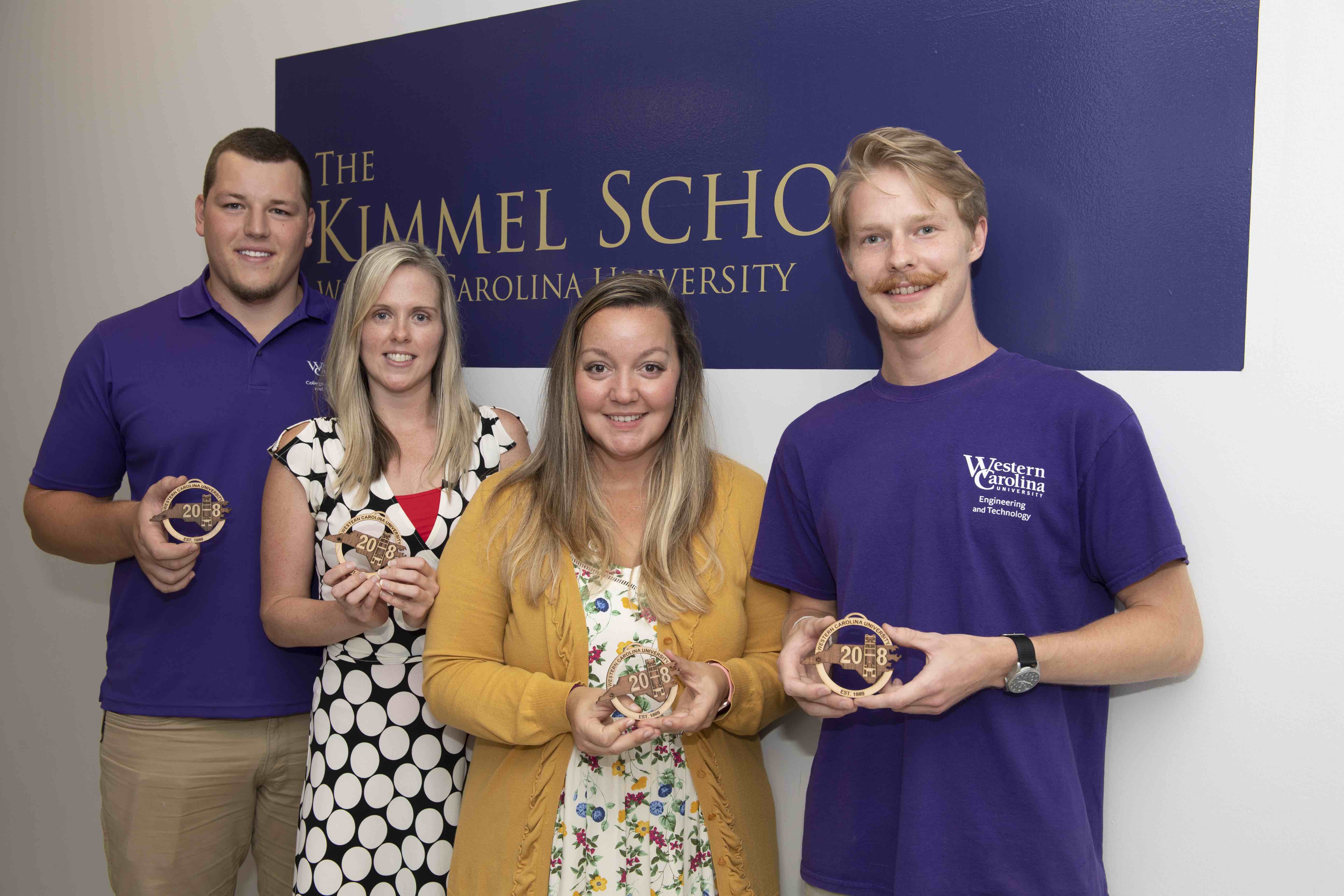 Financed primarily through employee payroll deduction and university-wide fundraisers—such as the sale of holiday ornaments, percentage nights at Zaxby’s and Frosty Bites, the ‘I Love WCU’ campaign and other events—the Staff Senate Scholarship Fund usually awards three scholarships of about $1,000 each to qualified WCU staff members, their children or relatives who attend WCU. It depends on fundraising and how many people apply for the scholarships, Broom said. Since fiscal year 2008, 28 students have been awarded more than $21,500.

This year’s limited-edition holiday ornament was designed and made in-house by two WCU engineering students at the Rapid Center. The students produced 200 ornaments and all but about two dozen have sold, Broom said. The ornaments sell for $10 each and may be purchased through the Staff Senate at staffsenate.wcu.edu.

When Railsback was dean of the Honors College, he would hear of problems students were having that just completely frustrated him because he had no solutions. “I was just stymied,” he said. “What do you do for a student who says, ‘I can’t come to class because I can’t pay for my auto repair bill?’”

Or, for the students who can’t pay for medications? “That sort of blew my mind,” he said, when he heard about that one.

Railsback took his concerns to the Faculty Senate, which passed a resolution in the fall of 2017 to create a fund to help students with financial emergencies, and took the cause as its own. Working with Lowell Davis, assistant vice chancellor of student success, and partnering with Home Base, a facility on WCU’s campus that focuses on helping students who have aged out of the foster care system or are orphans, Railsback set a fundraising goal of $5,000 by August 2018. The response was overwhelming. The fund, as of mid-October, had more than $13,700 in it. The Faculty Senate responded with generous donations, as have a couple of trustees, Railsback and Davis said.

“Talking with Lowell, it was clear we needed a fund that would support Home Base and all WCU students in need,” Railsback said.  “Such a fund would take care of any WCU student who was in an emergency situation— could not afford food, medication, auto repair, etc.  Such issues can cause students to have to drop out for a term and we wanted to prevent this from happening.”

Railsback raised awareness of the fund by riding his bike from his home in Cullowhee to Raleigh—in stages—to meet with Gov. Roy Cooper, who surprised Railsback with a donation to the fund. 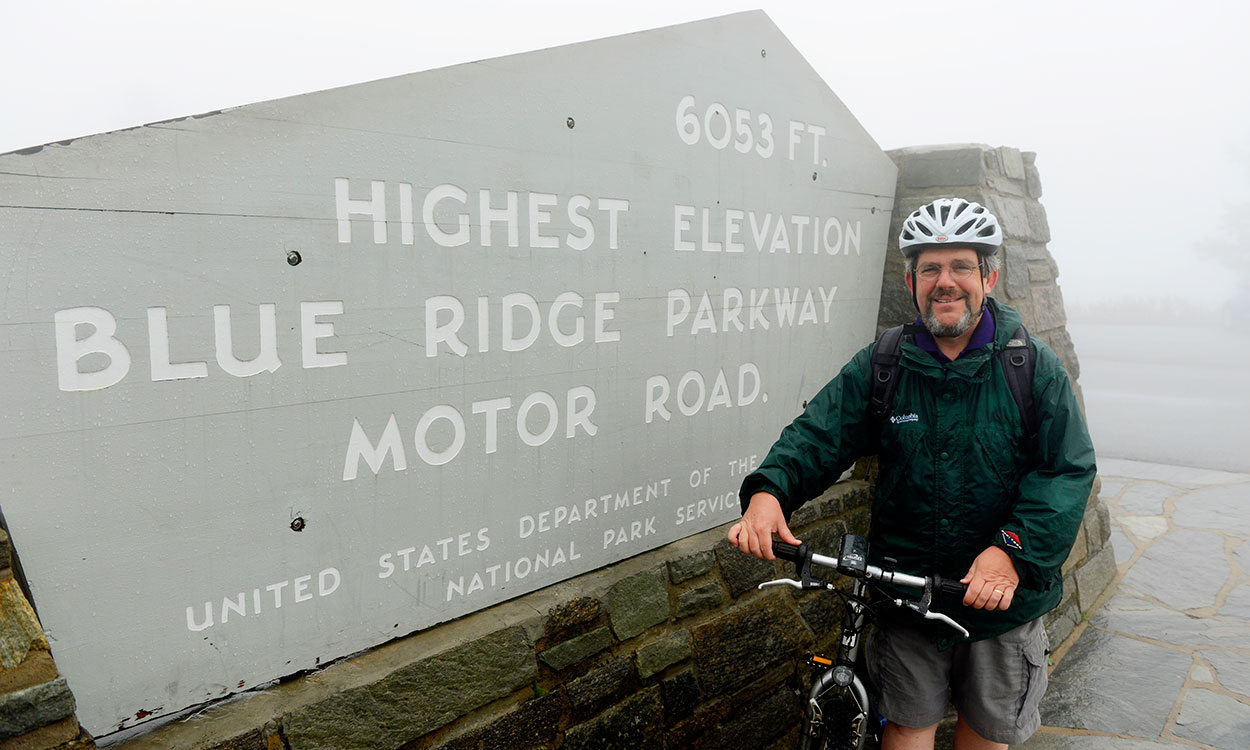 Brian Railsback, along the 345-mile journey to Raleigh.

Requests for funds have started to trickle in, Davis said, for things such as supplemental chemistry materials, car brakes to help a student get to and from work and school, past due rent for a student whose work hours were cut, and a foreign language lab a student couldn’t pay for although she was working and taking 18 credits.

“We have also referred many students to Home Base for food and other resources, which are offered by that facility free of charge,” said Davis.

And that is an important point, Railsback said. “The fund has created a network of faculty members who, when they run in to a problem with a student, they’re going to pick up the phone and call the Office of Student Success,” Railsback said. “That creates a flow of information that didn’t exist before.”

Students who want to apply for emergency financial help should call the Office of Student Success at 828.227.3331 or email Davis at lkdavis@wcu.edu. Donations to the Student Support Fund may be made by calling the WCU Office of Advancement at 828.227.7124