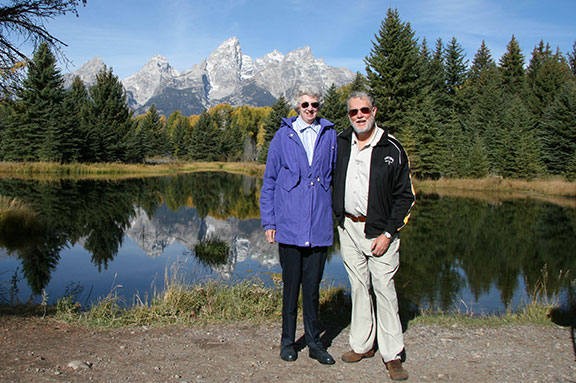 Dwight Ryland has seen some glorious views in his day, having climbed all 54 of Colorado’s 14,000-foot mountains — some of them more than once—and skied his native state’s majestic slopes.

But a dark cloud on the horizon has redirected his gaze and nudged the 77-year-old Ryland to put his money where his heart is: saving the environment through education.

“I don’t think global warming is a hoax. I think it’s very real,” said Ryland, who with his late wife, Jessie, established the Dwight E. and Jessie D. Ryland Scholarship Fund at Western Carolina University for students majoring in math and science education. “Because of my concern about the environment and the planet — I felt technology got us to where we are with the industrial revolution — it may be science is the only thing that will get us out of it.”

The Rylands established their endowed scholarship for deserving students in 2006 with a combination of cash, stock, and planned gifts and pledges totaling more than $800,000 to date, and they included one exceptional condition. Ryland said he jokingly told one scholarship recipient, “Well, really the only thing I ask of you with this scholarship is that you produce a child who saves the planet.”

Ryland is quick to give credit to his mother and the successive line of family ties for the money — his inheritance — which he has chosen to give away to various causes. He and Jessie had no children.

“The family money basically came from my grandfather, my mother’s father, who was a Denver lawyer who got some mineral rights in lieu of a fee for a legal job he did,” Ryland said. “That didn’t pay off during his life time much, but about the time he died in 1963, all of a sudden these mineral rights started paying out. My mother was a very shrewd investor, so she grew that money and that’s how it happened. I figure it’s oil money, so I better turn it around.”

Jessie Ryland, who died in 2015 at age 78, graduated from WCU with a bachelor of science degree in education in 1959 and a master’s degree in education in 1961, the first in her family to get a four-year degree, Ryland said. She spent most of her working career as a high school counselor in North Carolina and Colorado before retiring because of health issues. She also worked as the associate dean of women at what was then North Georgia College from 1966-68. Jessie grew up in Western North Carolina between Spruce Pine and Bakersville, Ryland said, meeting him in Rifle, Colorado, where she had moved in 1968. 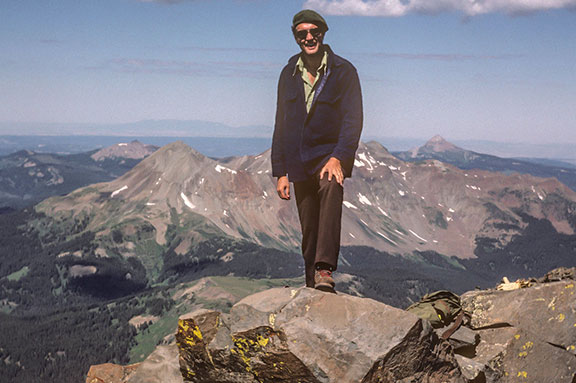 The Rylands spent their free time hiking, skiing and camping (often in snow caves), and traveling around the world, until Jessie’s health began to deteriorate. She suffered from aorta issues related to Marfan syndrome, a genetic disorder that affects the body’s connective tissue. But she did climb two “fourteeners,” Ryland said.

“Jessie was absolutely an amazing person,” Ryland said of his wife of nearly 43 years. “She was completely nonjudgmental. I’ve never known anybody who was totally as nonjudgmental as Jessie was. She accepted everybody for exactly who they were. She had a personality where people liked her immediately.”

Ryland’s roots run deep in Colorado. Both of his parents were born there as were two of his grandparents. A great-grandfather, Job Adams Cooper, served as governor for two years, having moved to Colorado from Illinois.

Ryland credits his Aunt Cora Cook “Cookie,” who was an early member of the Colorado Mountain Club and who climbed the 14,000-foot Maroon Bells, with persuading his parents to let him explore Colorado’s great outdoors. “My parents did not want me to climb or ski, but she said, ‘let the boy do something worthwhile,’” Ryland said. Ryland later honored her when he buried a beret she had given him on the top of Kit Carson Mountain on his last climb to its 14,171-foot peak in 1983.

Ryland said he and Jessie were environmentalists before it “became a political issue,” building a solar house 40 years ago when they lived in Grand Junction, Colorado, and adding solar panels to another house they lived in in Westminster, Colorado. He moved to Boulder, Colorado, after Jessie died.

Now long retired, Ryland continues to walk regularly and shoot landscape photographs, a lifelong hobby. He serves on various community boards and supports environmental efforts through his philanthropic work. He and Jessie also endowed a doctoral graduate fellowship in alternative energy research at the University of Colorado, his alma mater (1964) and where he is a member of the university’s Foundation Board of Trustees. He also supports Craig Hospital and the limb restoration program at the University of Colorado Anschutz Medical Campus. 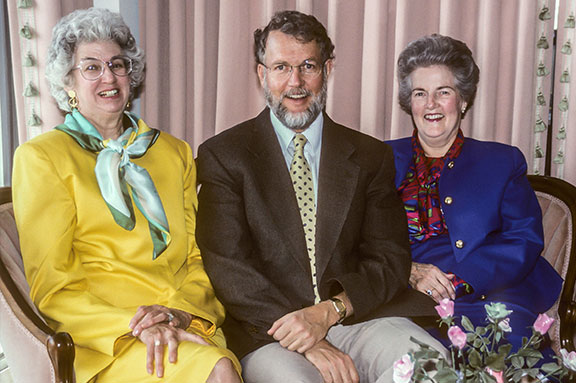 “There’s a surgeon at Anschutz who was a rodeo cowboy, and he’s invited me to be a part of a team training in what’s called osteointegration, where they actually implant a prosthetic directly in to the bone so there’s no having to wear a socket,” Ryland said. “It’s a little intimidating for me because we’re actually going to be working on a cadaver.”

It's an appropriate opportunity for someone whose vision has been shaped by long-range views. “I was climbing at a time when it wasn’t that popular,” Ryland said. “At that height, you just see the more pristine nature of the environment and it’s just a real clear look at what things ought to be and hopefully could be.”