This is Part 2 of a four-part series looking at WCU’s four recently named distinguished professors who will be joining the university this fall. 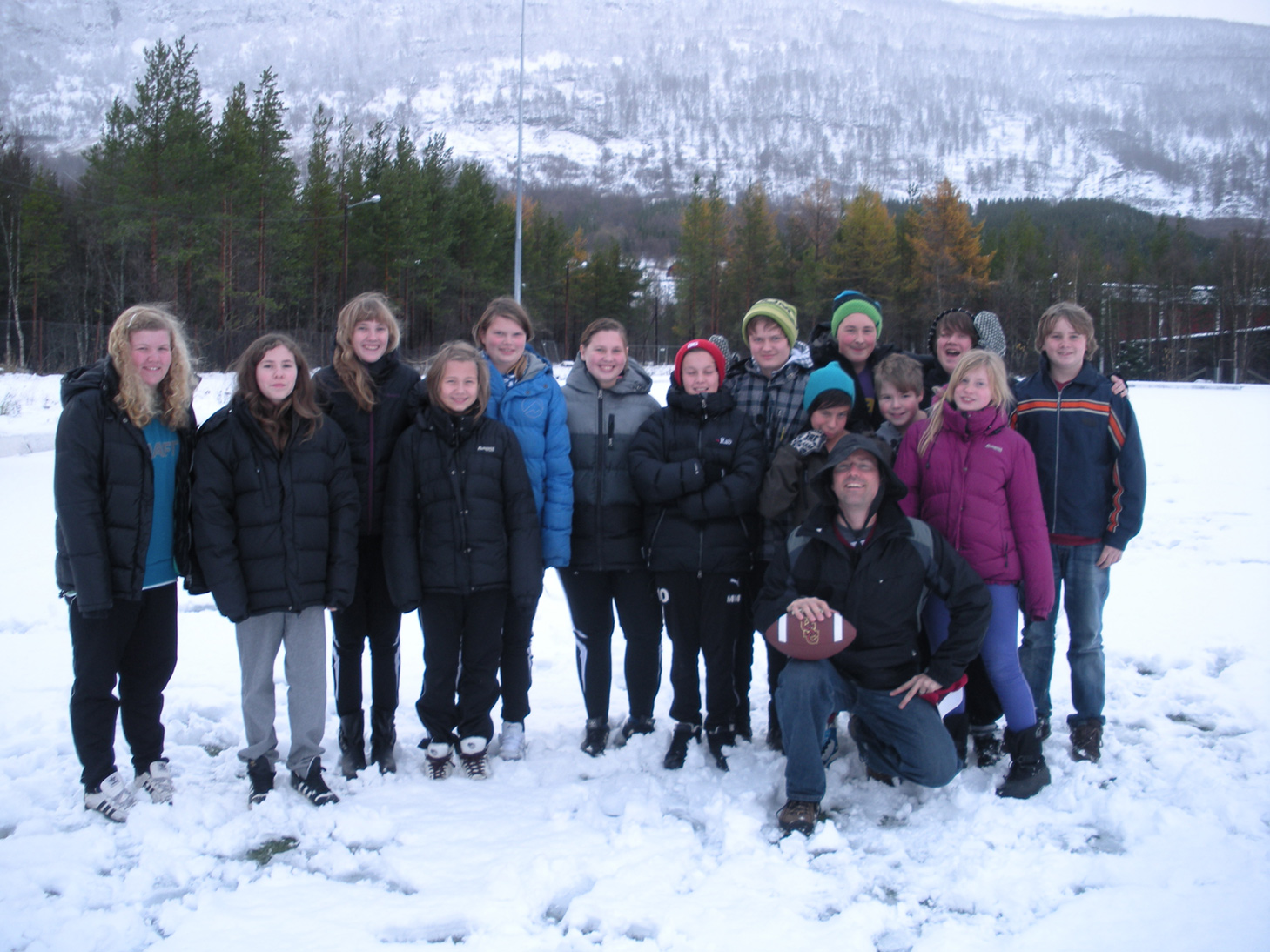 David Virtue has been involved with middle grades education for 20 years. So, when he first learned that he was named Western Carolina University’s Taft B. Botner Distinguished Professor of Elementary and Middle Grades Education this summer, it’s no surprise that he compared his reaction to the excitement of a middle schooler learning “they were getting a snow day.” 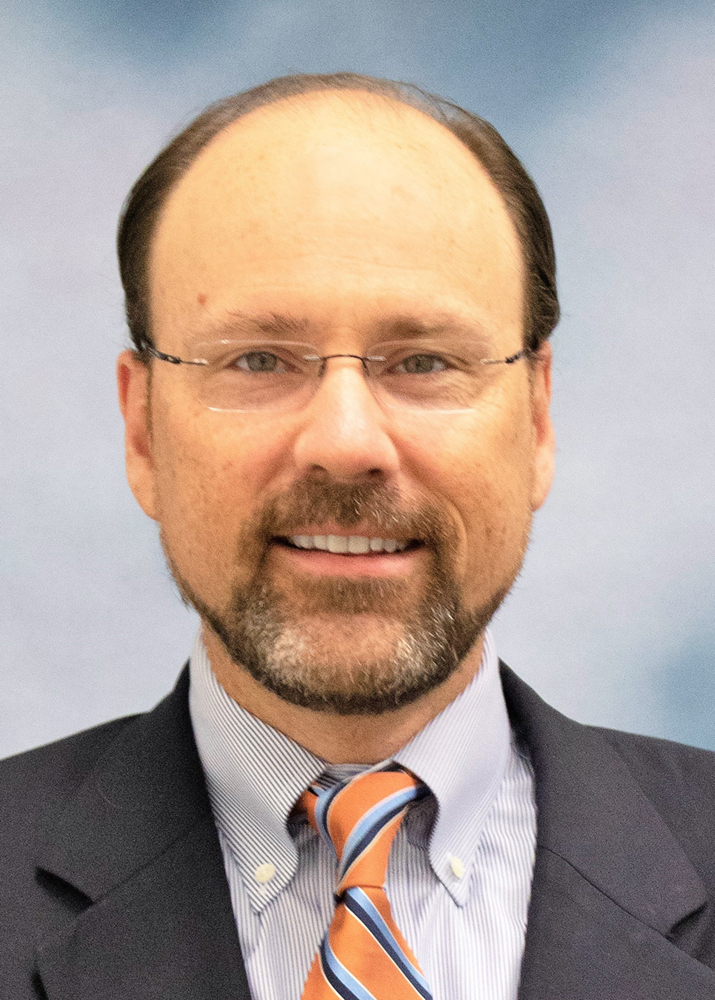 Virtue will join the College of Education and Allied Professions this fall where he will teach an undergraduate course on responsive assessment and classroom management and pursue his research that focuses on middle school grades teacher preparation and credentialing and on the creation and implementation of person-centered curricula. He also will serve on the board of the Catamount School, WCU’s laboratory school for sixth, seventh and eighth graders that is housed at Smoky Mountain High School in Sylva.

“Dave Strahan, who was (at WCU), is one of the top scholars in the field. Of course, that’s why he was a distinguished professor there. The program’s got a lab school, the Catamount School. The faculty who are there are fantastic and very well-regarded nationally. It’s an opportunity to come to a place that has a great program in my area of interest and to join with those faculty. And the fact that it’s in one of the most beautiful places in the world is icing on the cake. I’m absolutely thrilled to be coming.”

Virtue grew up in New Jersey in a house with educators – his dad was a guidance counselor and basketball coach, while his mom was a teacher and childcare provider. Virtue had no intentions of following that path. He attended Lafayette College in Easton, Pennsylvania where he studied anthropology and sociology.

Upon graduating in 1989, he went to work in sales, first in New Jersey and then in Los Angeles. While out west, Virtue began volunteering at a Boy’s and Girl’s Club where he eventually was asked to start a basketball league. The more time Virtue spent there, the more he realized how much he enjoyed working with kids.

“Initially, I thought about the impact I could have on them, but I soon realized the impact they were having on me, as well,” he said. “It was really a two-way thing. And that’s something that has stuck with me my entire career.”

Virtue moved back to New Jersey and did some substitute teaching in public schools. He then was accepted into graduate school at the University of Georgia where he received his master’s degree and teaching certificate, and later a doctorate in social science education.

While in Georgia, Virtue worked at the Lovett School, an independent kindergarten through 12th grade school in Atlanta, where the principal was very committed to the best practices in middle school education.

“After working there, I really became committed to there are ways of working with young adolescent students in fifth, sixth, seventh and eighth grade that really support their development, their social-emotional development, their cognitive development, and support them as their bodies are changing through all of that,” Virtue said. “That’s what really kept me focused on middle grades education.”

Working with middle schoolers presents a unique set of challenges as they learn to navigate through their pre-teen years. One of those challenges, Virtue said, is learning to understand and appreciate young adolescents.

“They’re people, first and foremost,” he said. “They’re you and me at a different age and a different place in their life. I act like a middle schooler sometimes. They are people that are at a really important stage in their life. They’re trying to figure out who they are. So, one of the biggest challenges is respecting their individuality and allowing them the space and supporting them as they become their best selves, while at the same time as a teacher in school, you’re also preparing everyone to be members of society.” 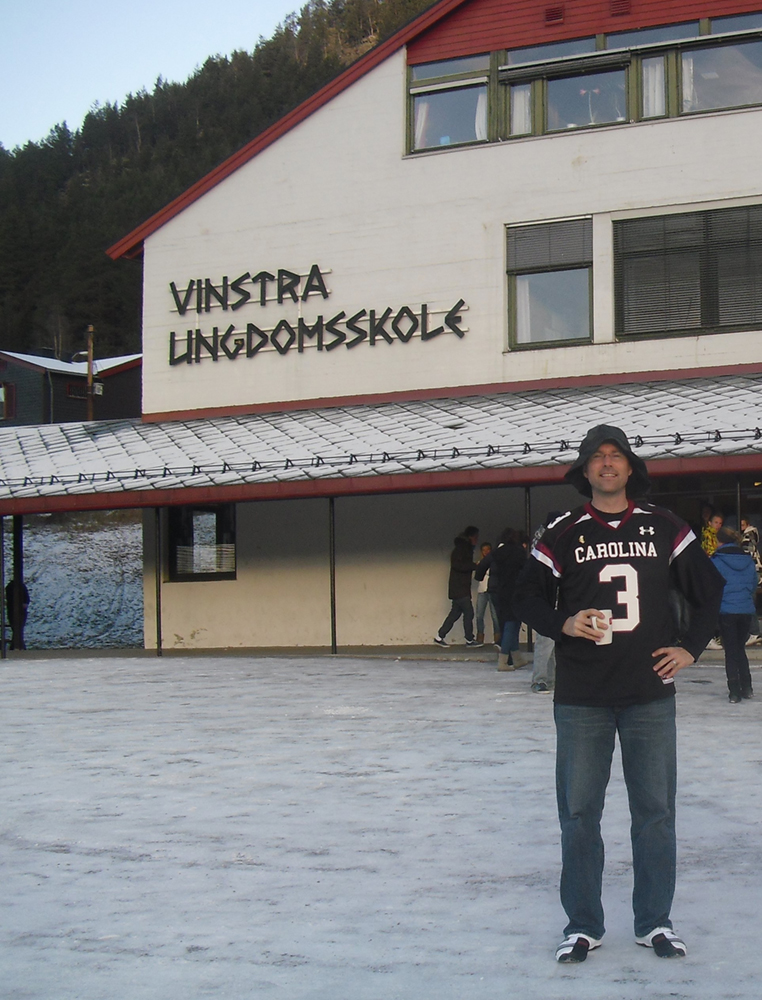 Two accomplishments that Virtue is proud of occurred while he was working at the University of South Carolina. The state had just switched its teaching certification from kindergarten through eighth grade, to a separate middle grades certification that spanned from fifth to eighth grade.

While hundreds of current teachers at the time were grandfathered into the new certifications, there were plenty that didn’t qualify. And with No Child Left Behind, teachers also had to be “highly qualified” to meet federal standards.

Virtue developed a statewide project to get teachers the coursework they needed through a consortium of colleges and universities called ML-TEACH.

“I identified coursework that they could do face-to-face or online, no matter where they were in the state,” Virtue said. “The state provided scholarships. I worked with our middle school association to administer the scholarship program for teachers to get certified and “highly qualified.”

When funding for ML-TEACH was exhausted, Virtue secured a four-year grant for more than $500,000 to continue his work. That program was called ON-TRACK. “I am very proud of that work that I led. It also helped me build networks and collaboration with some amazing people across the state who are committed to middle grades education,” Virtue said. 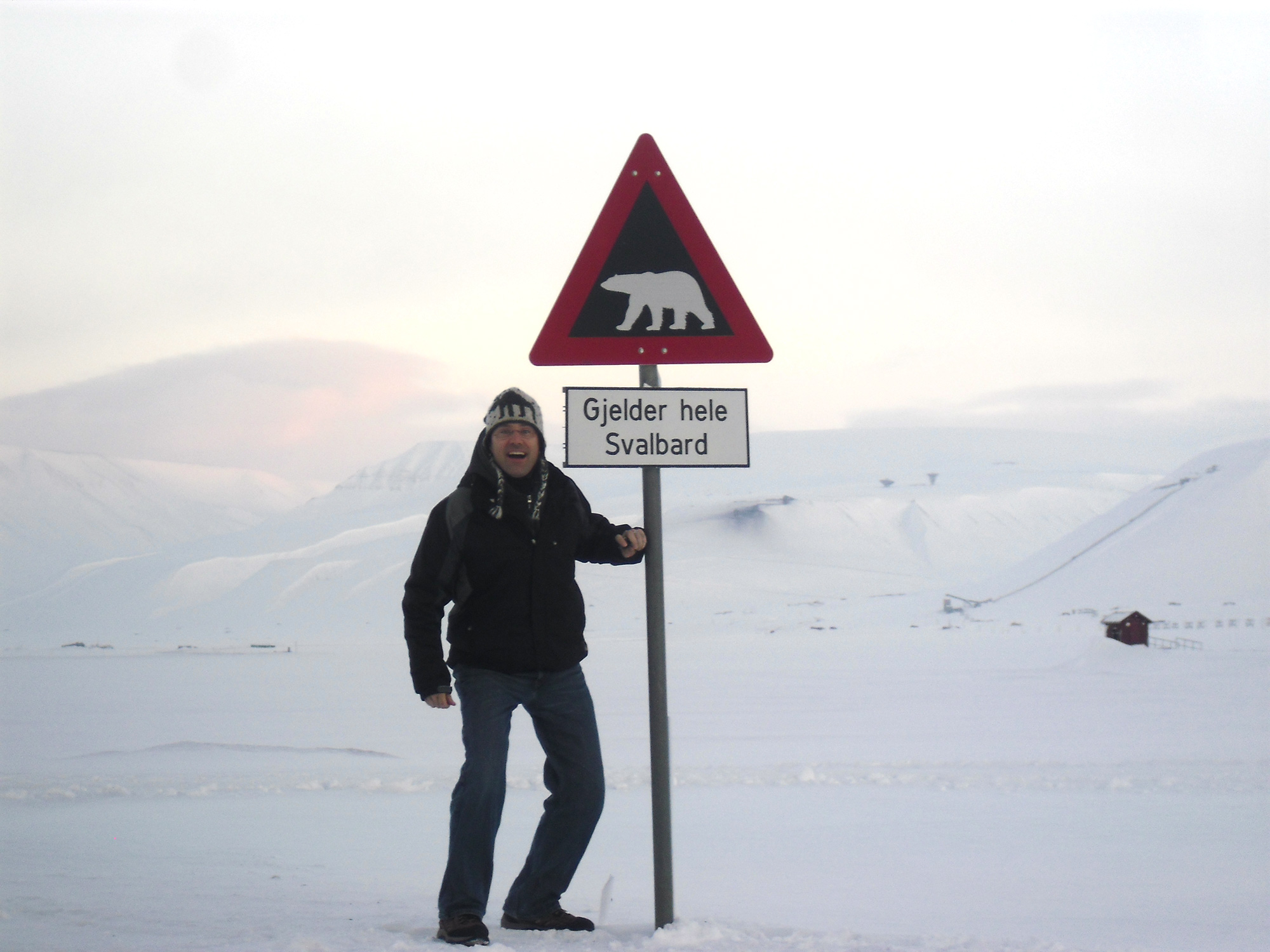 In 2010, Virtue was named a Fulbright Scholar. He spent a year in Norway visiting more than 50 schools across the country.

“That was a very impactful experience,” he said. “I’ve been almost to the North Pole on a snowmobile, visiting a school in one of the most remote places in the world, visiting with teachers and middle grades kids.” Since his Fulbright year, Virtue has fostered a two-way partnership with a school district near Oslo, Norway to organize study tours in the southeastern United States for English teachers from Norway, and short-term study abroad programs in Norway for teacher education students from the U.S.

At Auburn, Virtue focused on implementing the university’s new budget model, strengthening shared governance in his department, and improving faculty/student recruitment and retention. He convened a task force that reviewed the department’s mentoring and peer review policies and created networking opportunities and additional assistantships for students from underrepresented groups. 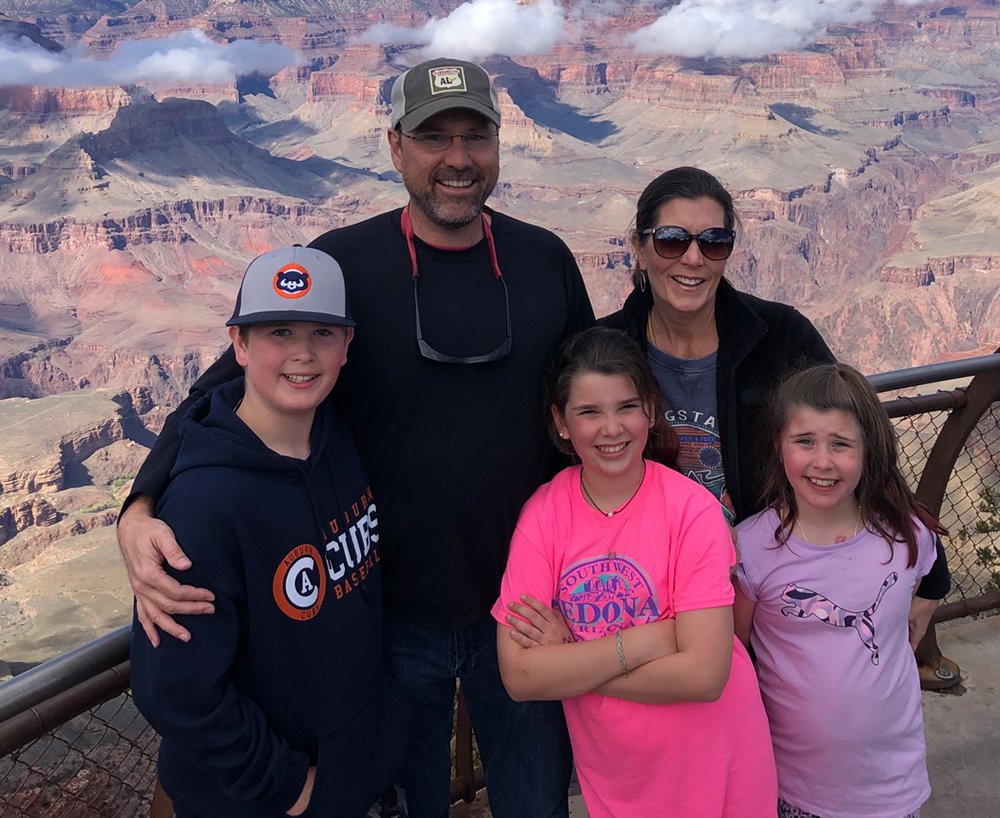 At WCU, Virtue’s goals include:

Coming with Virtue will be his wife Shannon, and children James (12), Evie (10) and Halden (8). They will live in Waynesville.

College of Education and Allied ProfessionsFaculty and Staff
Share 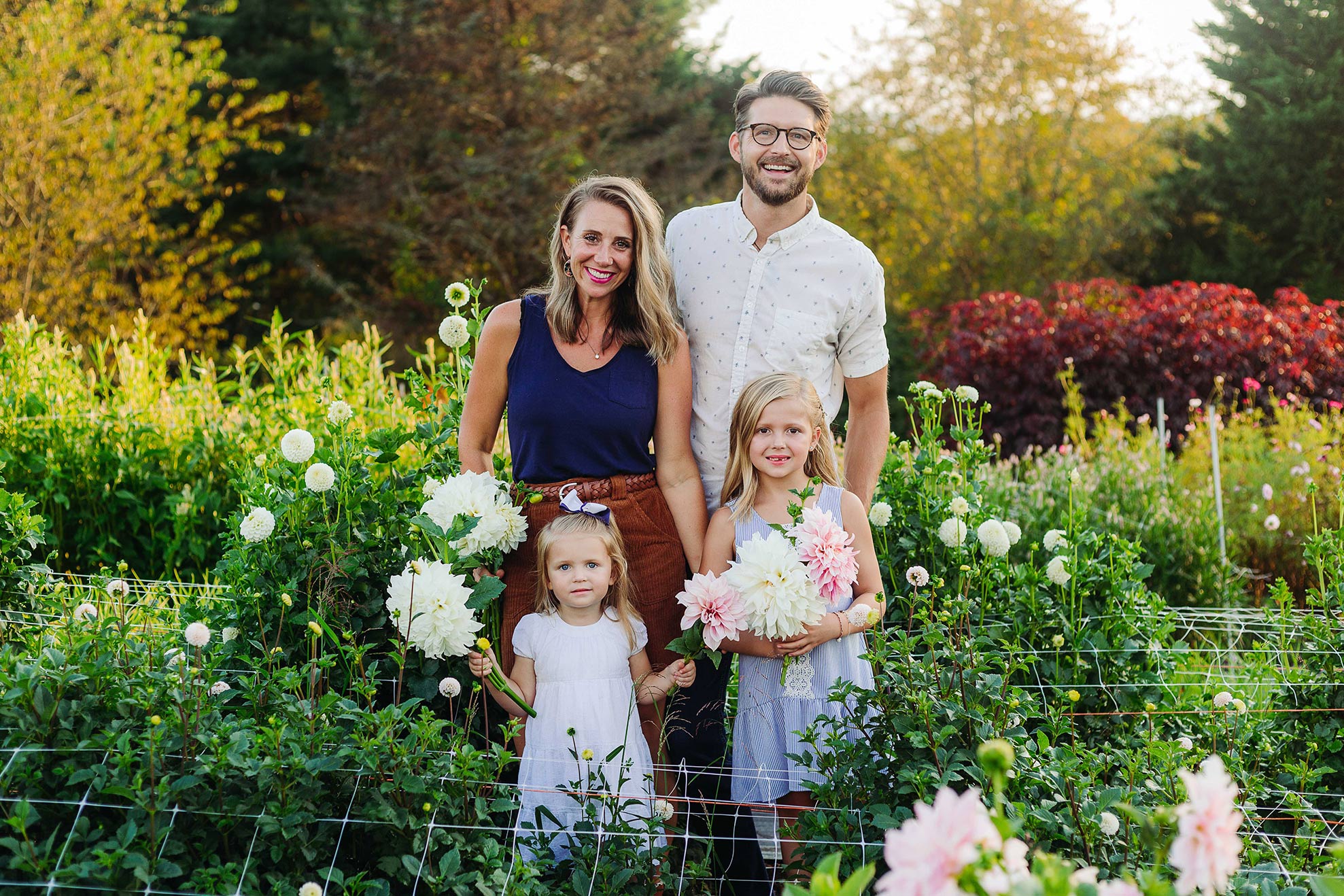