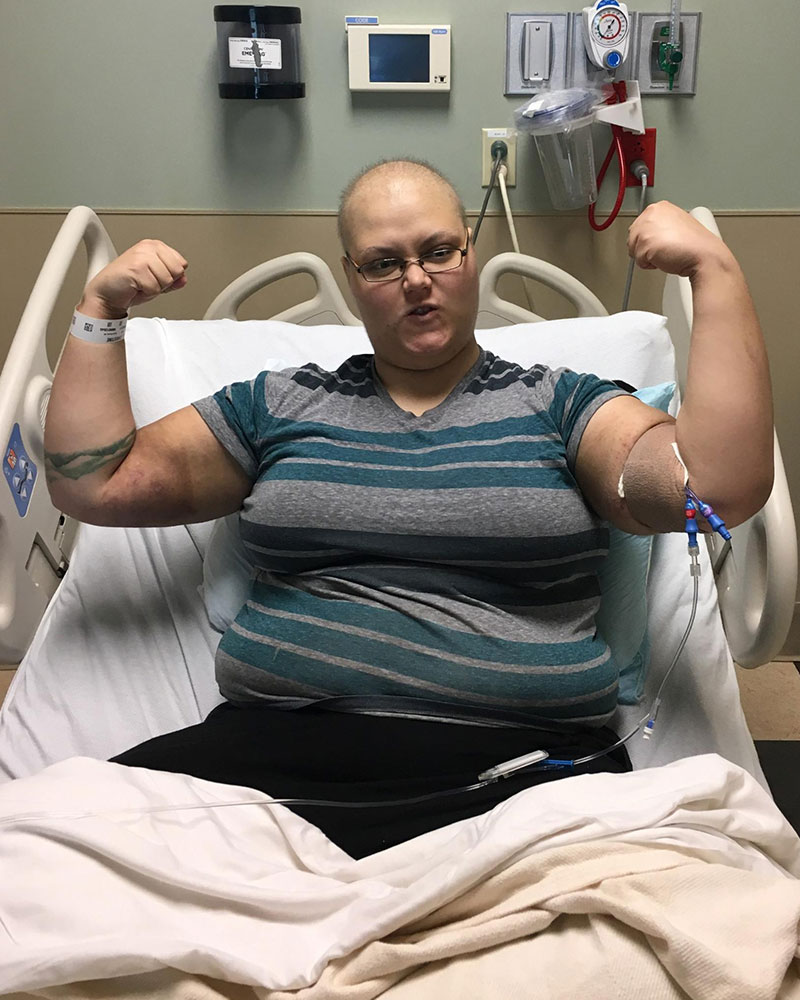 Christine spent the next two years undergoing treatment. “It was an incredibly difficult experience, but in a way, I was grateful for it," she says. "If I hadn’t learned to be an adult in the three months I spent with my sister, I was certainly figuring it out through this.”

When Christine came to WCU as a freshman in 2013, she lived the typical college life. She went to class, studied hard and made friends — friends with whom she has stayed in touch over the years, and who still support her to this day. “But honestly,” she says, “It’s better this time. After everything I’ve been through, I place a lot more value on the important things in life. I have a different perspective and it’s helped me move forward in a way I wasn’t thinking about as a freshman or sophomore.”

Upon her return to school, Christine learned about a new entertainment design and technology concentration offered for the undergraduate theater degree path, which was exactly what she was becoming interested in before she had to leave to begin treatment. Christine shared that “it was perfect timing.” Christine returned to school through Finish Line, a degree completion program for students who have completed 90 or more credit hours but who, for whatever reason, did not finish their bachelor’s degrees.

After graduation, Christine is moving to the Raleigh-Durham area. Some of her close friends are there and she’s interested in the theater and arts scene. "And, through this new program, I’ve really become interested in furniture design. I love working with fabric patterns and frames, and I think Durham might be the place to find the kind of career I’m interested in.”

When she walks across the stage on Saturday, Christine says, “That’s going to feel amazing. Since having to fight lymphoma, I feel like I’m invincible. I feel very strongly that I’m not ever going to die for any dumb reason. I’ve been through too much.”

Christine also shared, “Right after graduation, it’s been two years since my treatments were done! May is a good month!”