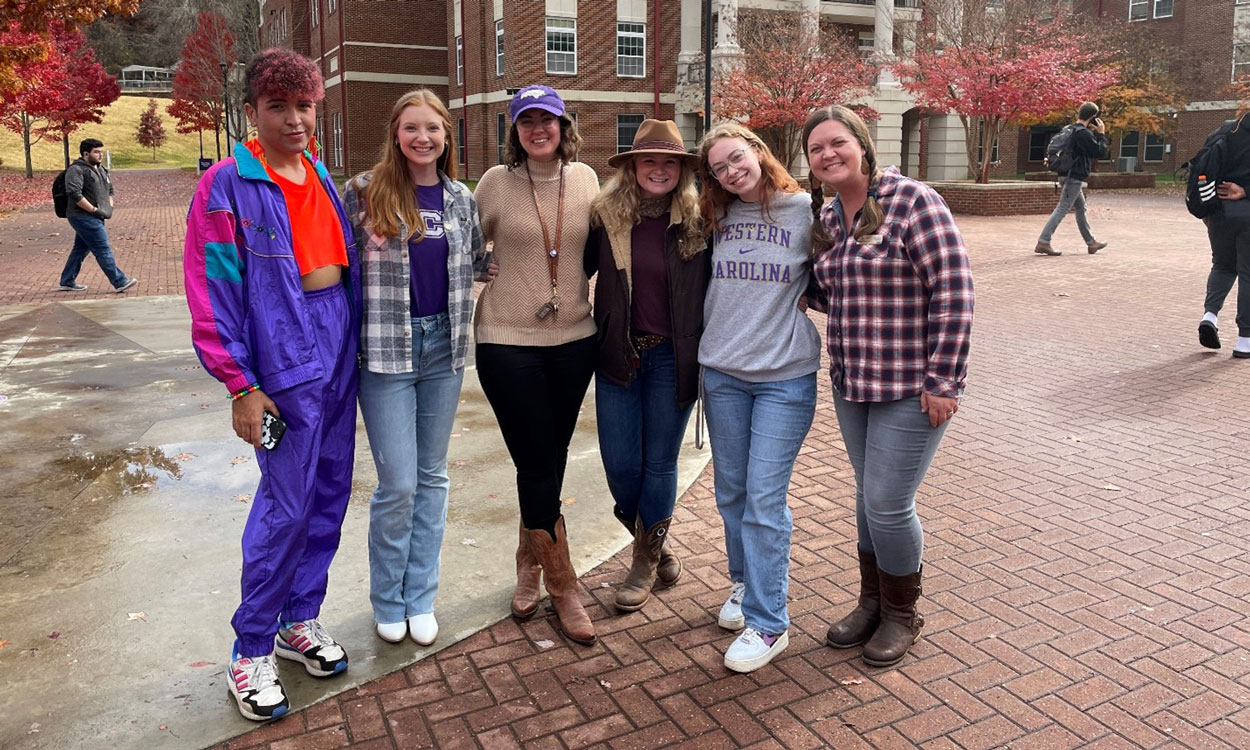 If alumni, friends and supporters of Western Carolina University receive a telephone call anytime between now and the end of the calendar year from an unrecognized number in Cullowhee, the university’s Chatty Cats engagement officers hope that you won’t simply let it go to voicemail.

Instead, the eight students who currently serve as Chatty Cats want you to answer their calls so that they can, well, chat. It’s in the name of the group, after all.

The student engagement officers make calls five days a week to interact with a cross-section of members of the WCU community, sharing news about the latest happenings at the university, listening to concerns or comments about WCU and informing constituents about upcoming philanthropic opportunities.

Two significant days on the fundraising calendar are fast approaching, and the Chatty Cats are gearing up to build awareness of those dates – Nov. 29 and Dec. 31.

GivingTuesday, a nationally observed day of philanthropy, is held annually on the Tuesday following Thanksgiving, which falls this year on Nov. 29. Western’s GivingTuesday initiative for 2022 is focused on increasing contributions to the Fund for WCU, which provides first-year access scholarships to students and grants to campus partners for projects that enhance alumni and community engagement.

That other important date – Dec. 31 – does not just represent New Year’s Eve. It also marks the last day of the calendar year when gifts to the university can be counted as charitable gifts for tax purposes for 2022, and the Chatty Cats will be contacting stakeholders to remind them of that deadline.

The Chatty Cats are an important part of WCU’s Division of Advancement and its mission of raising funds for the university and increasing engagement with a growing base of alumni and friends, said Ali Smith, assistant director of annual giving, who supervises the student engagement officers.

“The Chatty Cats reach out to our alumni, donors, parents, employees and friends to build relationships and raise funds for the university,” Smith said. “They don’t just make phone calls. They also reach out via text, email and mail. They also do stewardship calls to thank those who have made a gift, and they help us with events when we need extra hands.”

Senior Hailee Locklair, a resident of West End on target to graduate in December with a degree in communications with a concentration in public relations and broadcasting, provides a good example of a Chatty Cat going above and beyond the primary responsibility of communicating with university supporters, Smith said.

Locklair volunteered to use some of the skills she learned in her major for the task of shooting and editing numerous videos as part of the Division of Advancement’s efforts to build awareness of and support for this year’s GivingTuesday initiatives in support of the Fund for WCU.

“Hailee has done an amazing job on the GivingTuesday videos,” Smith said. “It has been a joy working with her and watching her do something that she loves.”

In addition to Locklair, other Chatty Cat student engagement officers who will be reaching out in the weeks ahead are Savannah Fauber, Kaitlyn Evers, Sterling Clauter, Ashleigh Tyree, Taylor Kallam, Kailey Stewart and Jake Dial.

For more information about GivingTuesday or how to make a gift, contact annualgiving@wcu.edu or call the Alumni Engagement office at 828-227-7335. Donations can be made at givingtuesday.wcu.edu anytime between now and Nov. 29. 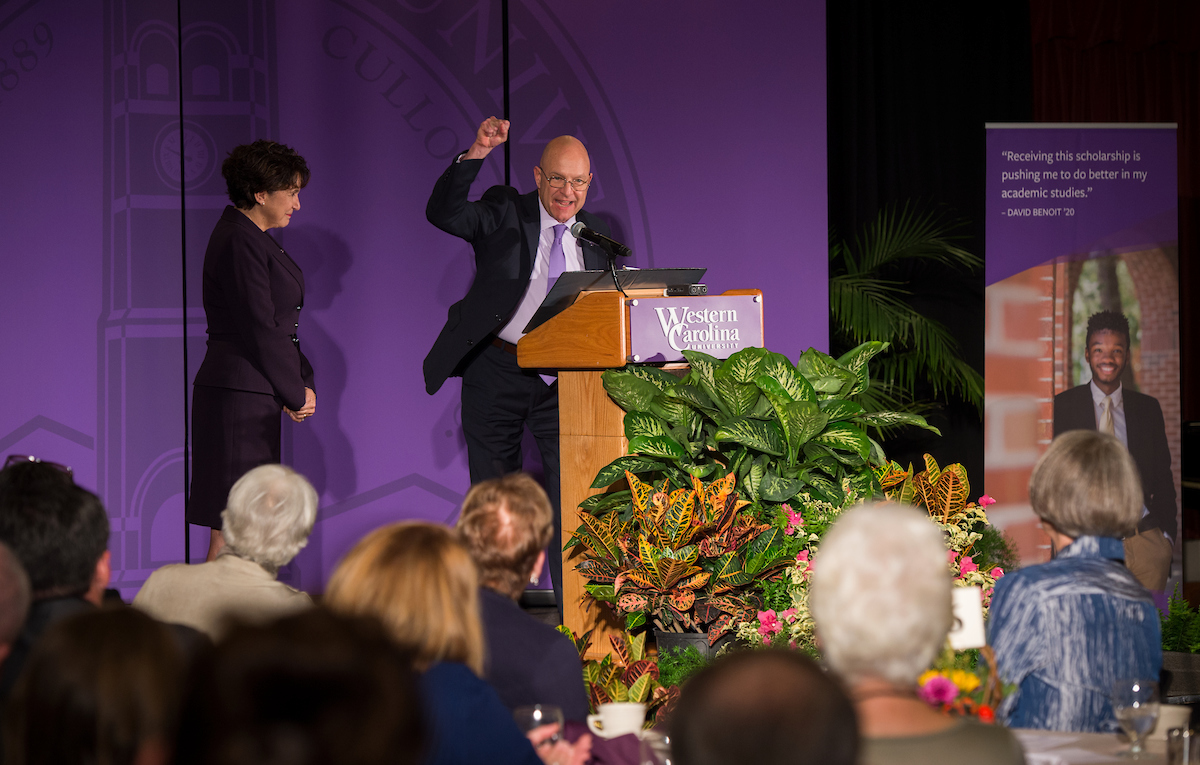