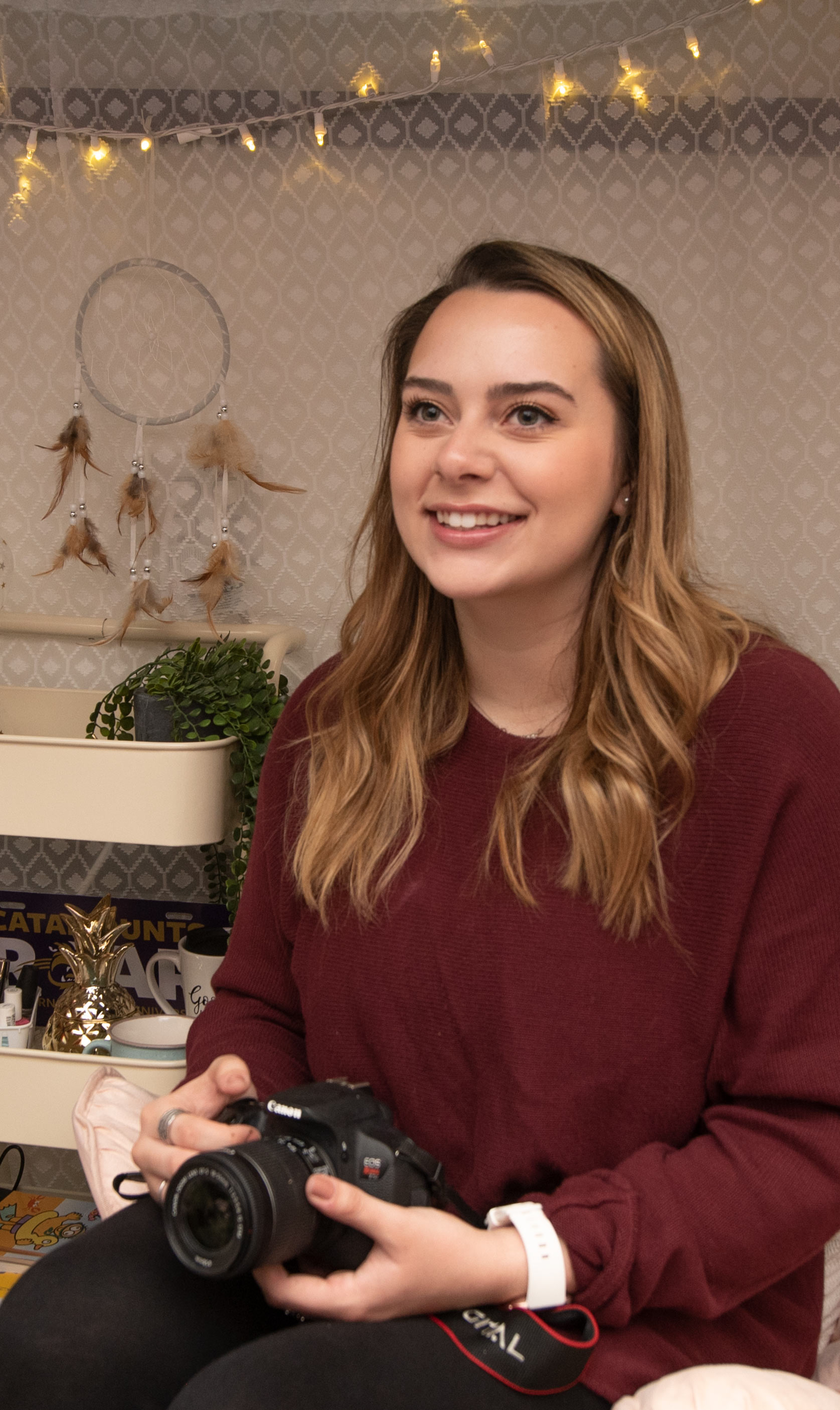 It was Halloween weekend and Western Carolina University freshman Cassidy Burns was visiting a friend at Clemson University when she got a phone call from her mother.

Burns and her friend were in Starbucks when her phone rang. Her mom told her to check out Twitter where the Foundation of the National Academy of Television Arts and Sciences was livestreaming its 4th Annual National Student Production Awards.

Burns, who entered the “General Assignment – Serious News” category for a feature she produced as a senior at Fort Mill (S.C.) High School, tuned in just in time to see ABC News Tonight anchor David Muir announce her as the winner.

“When I found out, I was really excited,” Burns said. “I tried to keep my voice down because I was in Starbucks. I was trying to contain my excitement, but when we went back to my friend’s apartment, we were screaming and jumping. I was actually really shocked. I didn’t think that I was going to win, but I’m really excited that I did.”

Burns’ feature was titled “Hot Glass Alley.”  It was an inspiring and motivating story of Jake Pfeifer, a glass-blowing artist who battled cancer and is now living his dream. Burns originally did a story of his shop’s grand opening in Charlotte, but in doing so discovered Pfiefer’s personal story.

“He had cancer and had a like a five percent chance of living,” Burns said. “Somehow, he survived that. I thought that was really cool. He said it was his lifelong dream to open a shop and share his artwork with everyone. That was my motivation and why I wanted to share with the whole community why they should go and support this guy.”

Burns was the videographer and editor, and also conducted the interview for the project for Buzz TV, Fort Mill High School’s weekly television show.

Burns just completed her first semester as a film and television production major in WCU’s School of Stage and Screen. The program is what attracted her to Cullowhee – that and the mountains, of course. Burns said she also wanted to move away from the Charlotte area and have a chance to meet new people.

She came to WCU thinking she wanted to pursue editing and videography. But after her first semester, Burns said she’s discovered an interest in screenwriting.

“That was kind of a shock to me because I didn’t think I would like it,” she said. “English is my best subject, so I think that’s probably why. I’ve always liked writing essays and papers and fixing my friends’ essays for them. Also, being able to create my own story, to visualize it and write it, and then have someone hopefully film it one day, that’s really cool to me. I still really like videography, but I love everything about film. It’s just amazing to me. I’m not really sure yet what I want to do, but everything about it interests me.”

Regardless of what avenue Burns takes in film and television production, she hopes to continue the success she brought with her from Fort Mill High School.