Brittany Windham finds her place in the Black Student Union 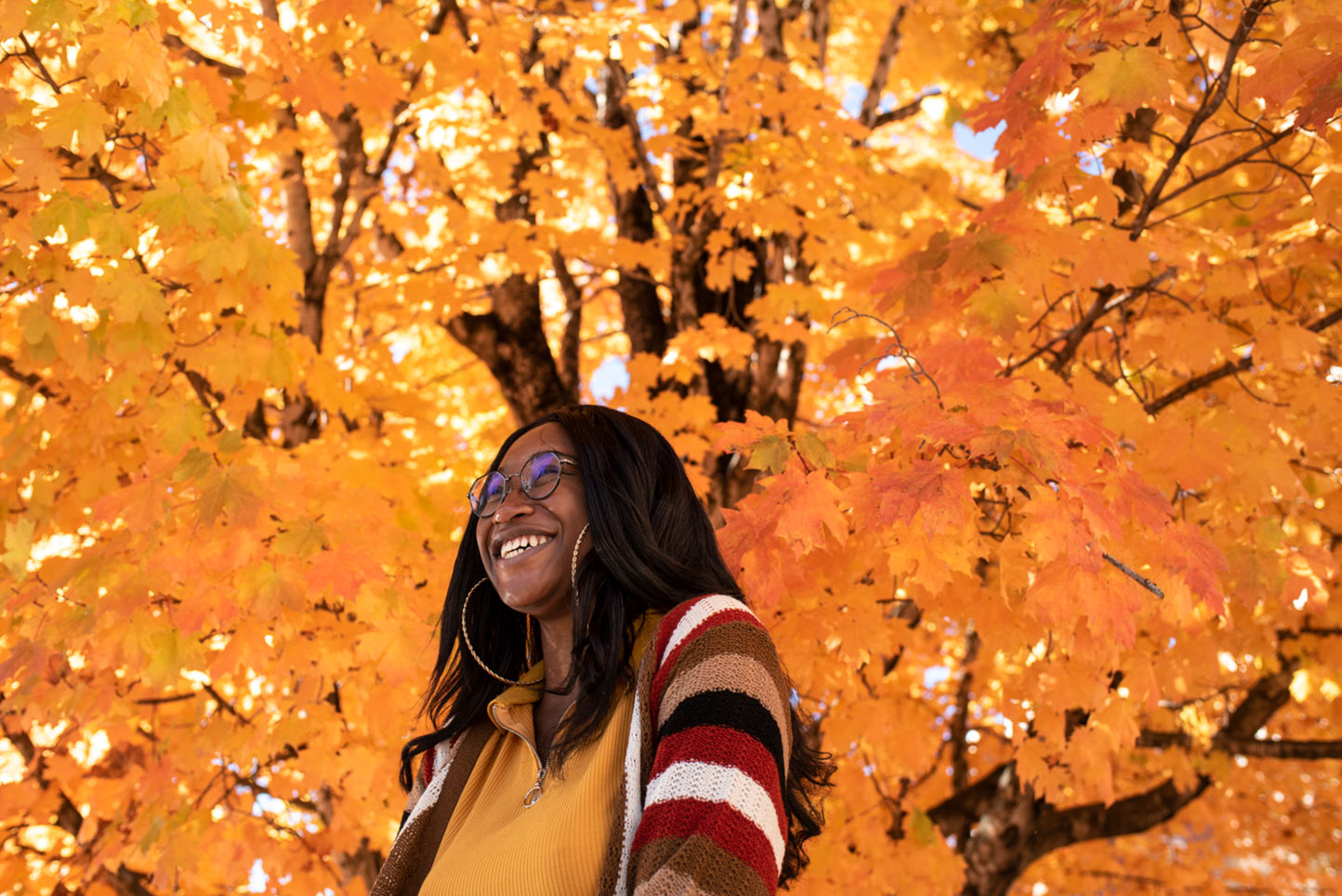 In seeking a university to attend, Brittney Windham hoped to find a school that had a Black Student Union she could join.

“That’s what kind of got me involved in BSU,” said Windham, now a junior and president of the Black Student Union. For Windham, it was the perfect organization to help her transition from her hometown of Charlotte to the mountains of Cullowhee. And it was the exclamation point in her knowing she chose the right school to attend.

“Because there aren’t a lot of minority students on campus, to have a safe space to go to, to have people that I can turn to and talk to really helps out a lot because there are some things you can only talk to certain people about. It’s honestly just one big family. It’s been very helpful. I’m glad I found it during my freshman year.”

Windham first learned about WCU through an email she received from the university’s Admissions Office. After conducting her own research, she became interested in WCU’s English department. After attending an Open House with her father, Windham was sold.

“I just fell in love with the campus,” she said. “It’s a beautiful campus and everybody was so friendly and welcoming. I really liked how the WCU Entourage (student tour guides) were really informative about everything. I didn’t really ask a lot of questions because I didn’t really need to. Every building we passed, they told us what it was, what it entailed. It was very cool how it was detailed and I didn’t really leave with a lot of questions. I knew exactly what I was getting myself into.”

Prior to her freshman year, Windham was a part of The Ripple Effect Learning Community, a pre-semester retreat during the week prior to the start of classes. The students are then enrolled together in two courses during the fall semester.

“I met 19 other freshmen before classes started, so once classes did start, I already had 19 friends,” Windham said. “It wasn’t hard to assimilate. From hanging out with them, I met new people, so I never had a hard time finding friends.”

After winning the Miss BSU pageant, Windham was placed on the organization’s executive board. The following year, she became vice president. Then-president Winter Carruth mentored Windham and taught her the ins and outs of BSU.

“She was absolutely amazing,” Windham said. “She took me under her wing to make sure whenever she did something, I was there to see her do it. Whenever she made a decision, she would let me know why she made the decision. I don’t know what I would’ve done if she hadn’t done that.” 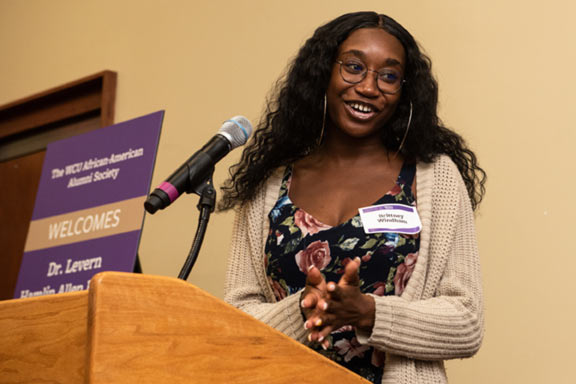 Windham was elected president of BSU for the 2019-20 academic year, something she never thought would happen. This fall, the group’s adviser, Dana Patterson, director of intercultural affairs, informed Windham that she was invited to be a speaker at the WCU African American Alumni Society’s reception for Levern Hamlin Allen in honor of WCU’s first African American student, who was on hand for the dedication ceremony of a residence hall named in her honor in September.

With about a week’s notice, Windham didn’t have a lot of time to rid herself of the jitters. Managing to mask her nerves, she delivered a thoughtful, heartfelt speech thanking Allen for being a pioneer of the integration of higher education in North Carolina. Windham received a standing ovation from those in attendance.

“It was a historical event for Western, so the pressure from me knowing how big of an event it was kind of got to me,” Windham said. “But when I wrote my speech, it definitely came from the heart. I was very grateful and very honored to be able to do that.”

In addition to BSU, Windham is a part of the Inspirational Gospel Choir and the Queens of WCU. During the summers, she returns to Charlotte to volunteer at a nonprofit organization called Promise Youth, which is a program that provides resources to underprivileged youth, most of whom are minorities. Windham has been involved with Promise Youth since her junior year in high school.

Despite being an English major, with a concentration in professional writing and a minor in psychology, Windham plans to attend graduate school to get a master’s degree in social work. She fell in love with social work after taking a course last spring semester.

“I want to go into clinical social work,” she said. “I want to work with mental health and help people who are struggling in their lives and help give them the resources to make their lives better. I would love to work mostly with children.”

With her academic and extracurricular plate full, Windham doesn’t have a lot of free time. So it’s no surprise that when she does, she likes to keep it low-key. Sleeping, watching her favorite television shows, reading a book or simply relaxing are her pastimes of choice.

“I don’t want to do anything too exhausting because I’m already exhausted,” Windham said.

Alum of the Month: Elise Holbrook 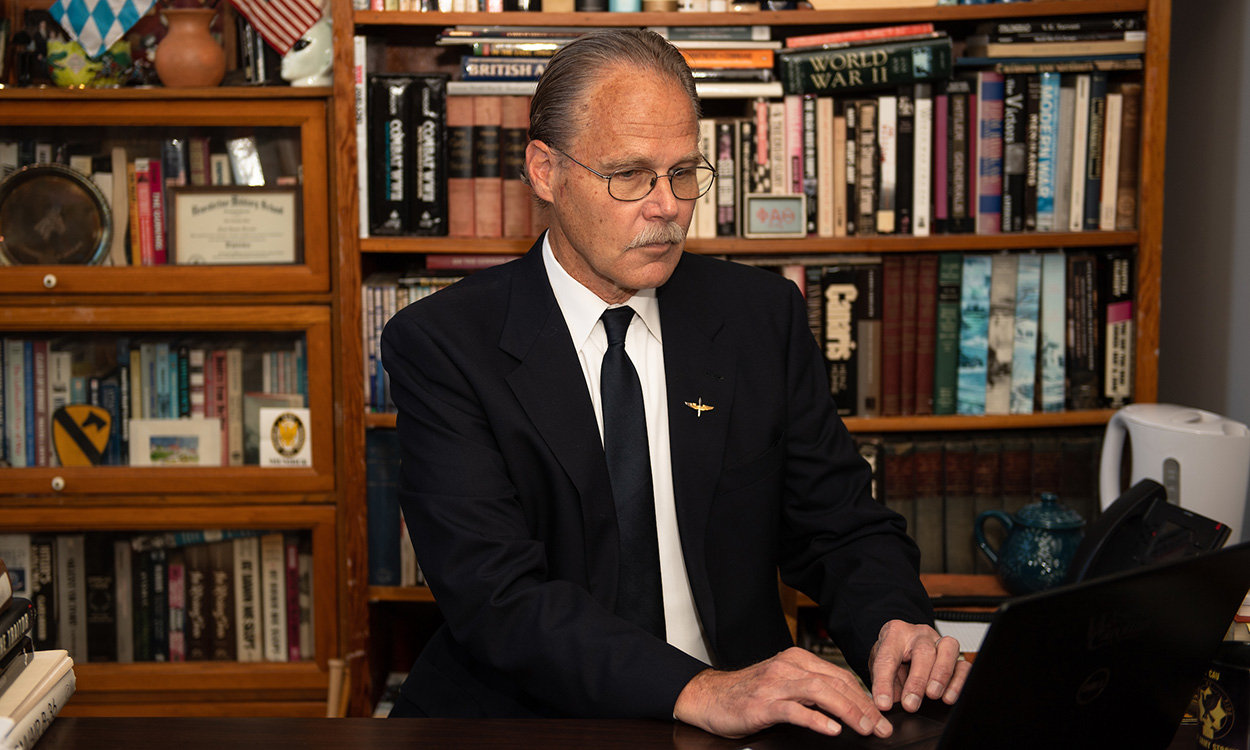