A Passion for Literacy Leads to Cross-Cultural Service, an “I Love WCU” Story 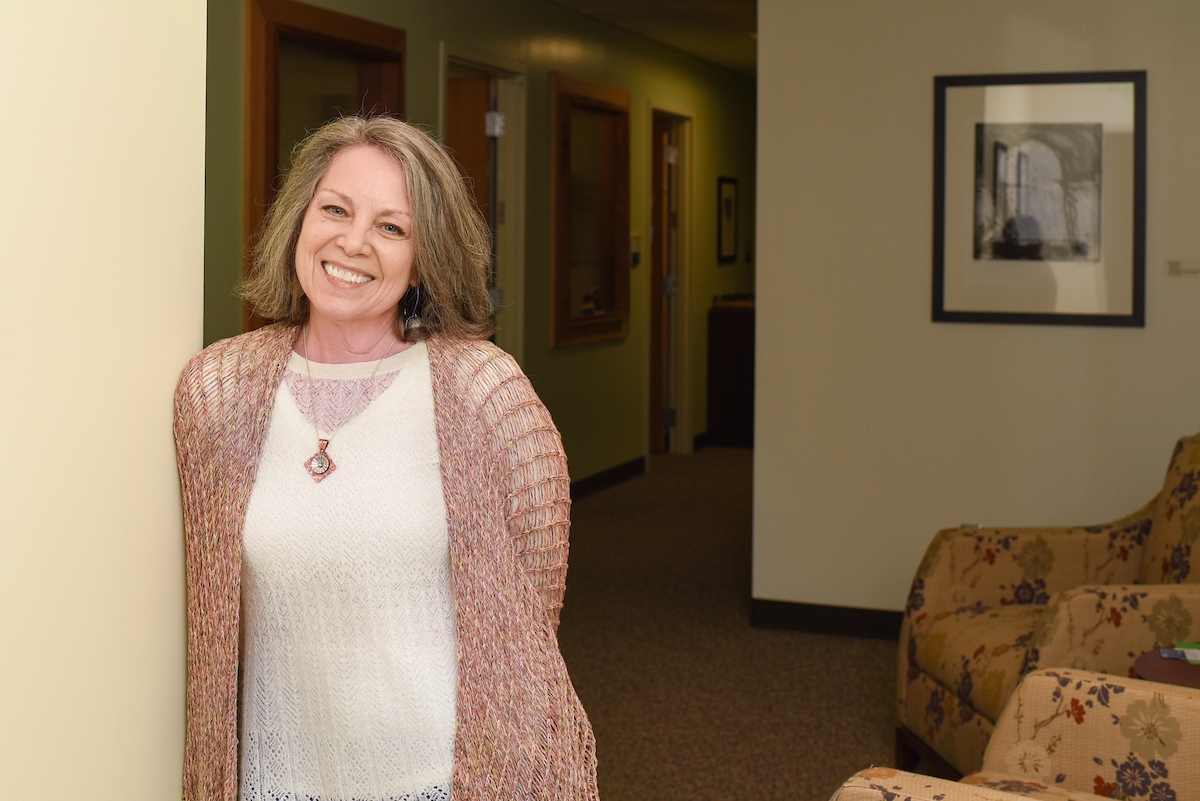 Once a week for nearly three years, Anne Aldrich has left her home in Balsam and driven 35 minutes to western Buncombe County to scratch an itch she has for literacy. An avid reader since the age of 4, Aldrich is committed to helping others understand the meaning of words, even if English isn’t their first language.

“Literacy has always been a huge passion of mine,” said Aldrich, Western Carolina University’s Assistant to the Provost for the past 13 years. “I’ve been fascinated with books all my life and the thought that somebody couldn’t read was just like, ‘Oh my God, how do you live like that? You’re missing so much of the world.’”

Aldrich’s desire to help others led her to the Literacy Council of Buncombe County, after discovering that her own Jackson County no longer has a literacy program. Aldrich signed up to help with the council’s English-as-a-second-language track because it had the greatest need, she said. She took the training and became a tutor to a 32-year-old woman, originally from Mexico, who is working to improve her English-speaking skills and training to be a doula.

“I go to her home every Monday night from 6 to 8. She’s got four kids, so for her to go and take a class someplace was just not feasible,” Aldrich said.

To help her student, Aldrich follows a curriculum that allows her the flexibility to include reading easy, simple novels and learning where to shop for good deals in Buncombe County. “So, we went to the Habitat Restore, which she had never been to before,” Aldrich said. “We went to Lowe’s one time and just looked at flowers. We did a whole picture book about flowers.”

Aldrich said her student’s children help their mother with language issues when she needs it. “Her biggest challenge is, because she’s at home, she doesn’t have the opportunity to speak English,” Aldrich said. “She reads English beautifully, she comprehends beautifully, but she doesn’t speak it enough, except the two hours I’m there every week, to be as comfortable.”

“I’ve been fascinated with books all my life and the thought that somebody couldn’t read was just like, ‘Oh my God, how do you live like that? You’re missing so much of the world.’”

For Aldrich, the time she spends volunteering with her student brings Aldrich a sense of peace and hopefulness in what has become a troubled world. “I see this person who so much wants to be a part of our society, has been a part of our society, contributing in myriad ways, but still feels outside of it because of language,” Aldrich said. “And just the climate in the past few years has been much more difficult and challenging, and there’s a lot of fear there. I just want to give her a sense of hope and a sense of place and belonging and acceptance by somebody who doesn’t necessarily look like her.”

Aldrich said her student, who is the same age as Aldrich’s son, hasn’t seen her mother in 15 years; they speak only by phone. She hopes their kitchen table conversations about motherhood and life help fill the void her student likely craves to have with her mother. “I have been given so much in my life,” Aldrich said. “Yes, we’ve all had our struggles. My mom has passed now. I can’t imagine not being able to see my mother and to be that far away from all of my family. So, for me, it’s knowing that I’m contributing something positive to her life, that I’m giving her some comfort, that she knows I’m somebody she can reach out to regardless of what’s going on. I just want them to know there’s somebody in their corner.”

Aldrich’s volunteer work dovetails perfectly with this year’s I Love WCU Month in February, which urges all WCU faculty and staff to donate their time and talent as well as their treasure. WCU’s Center of Community Engagement and Service Learning and Division of Advancement hope 100 percent of WCU’s faculty and staff will participate.

Haywood Waterways Association presents award to WCU for its many contributions