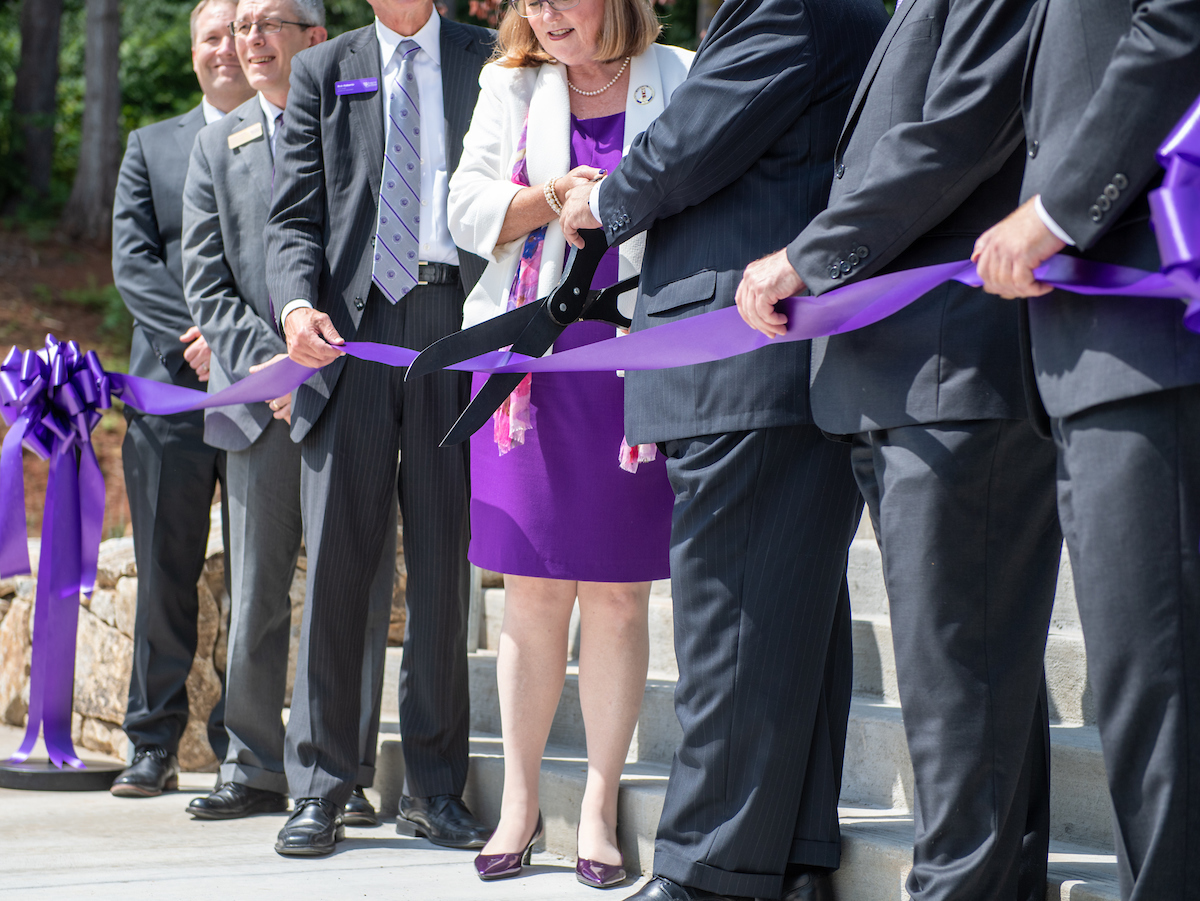 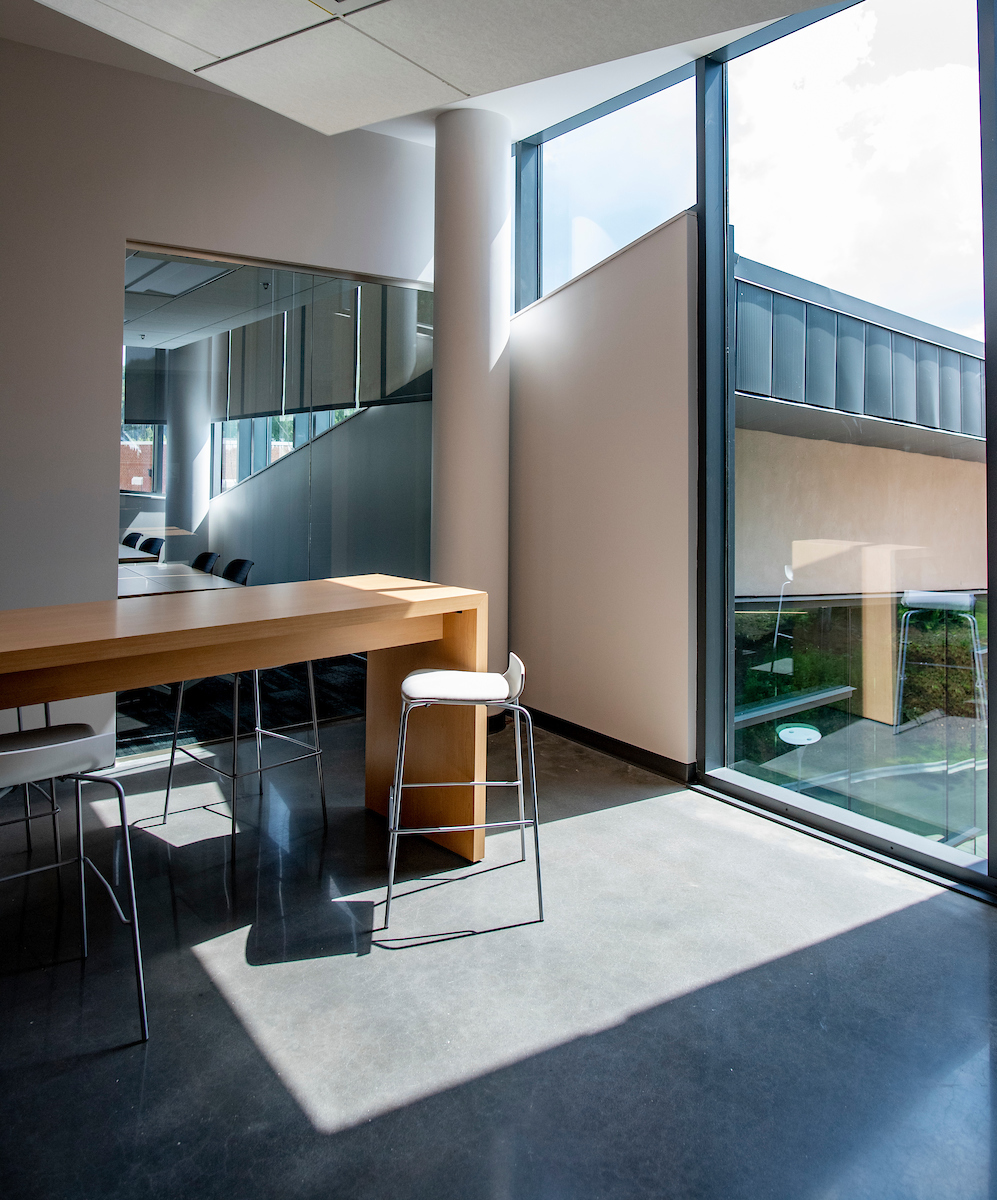 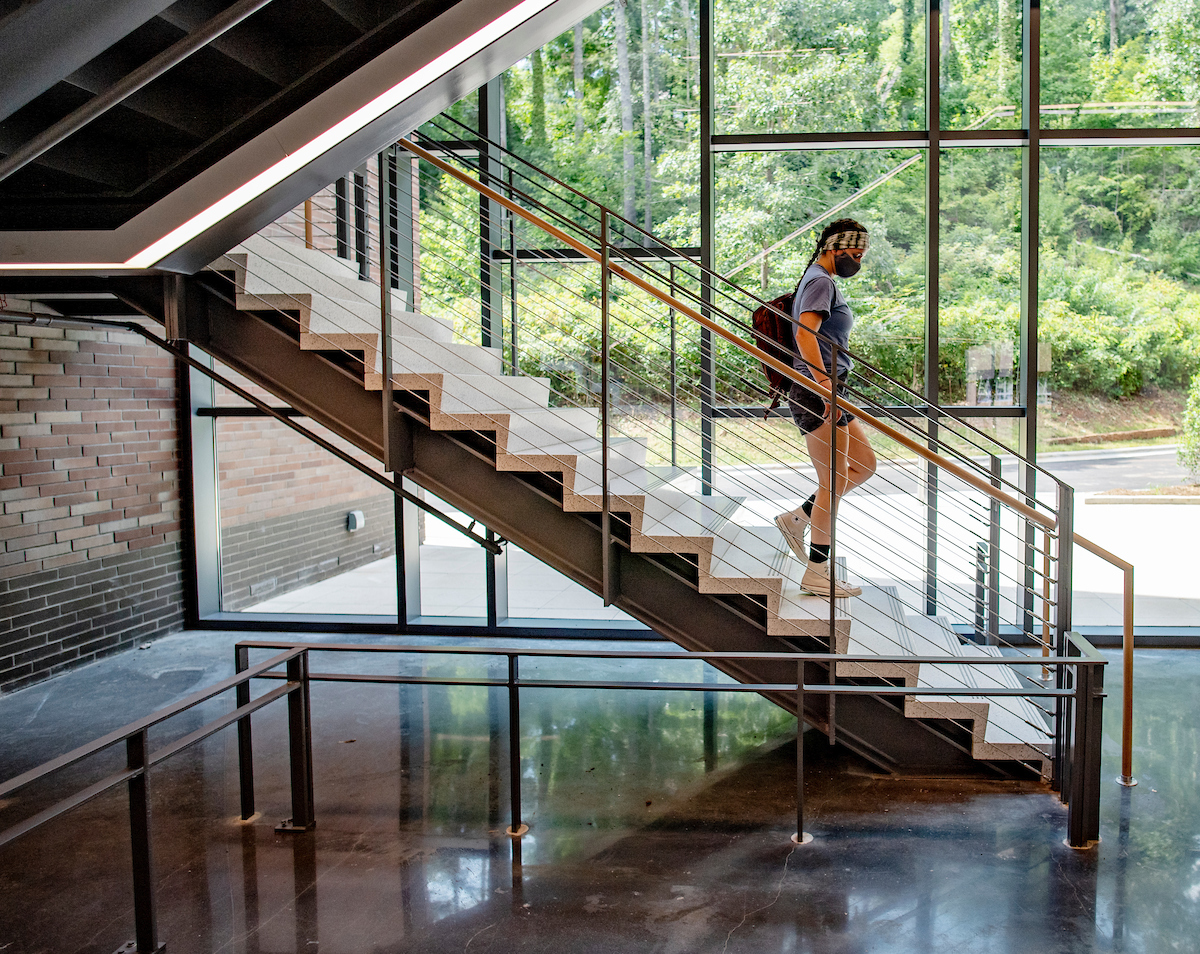 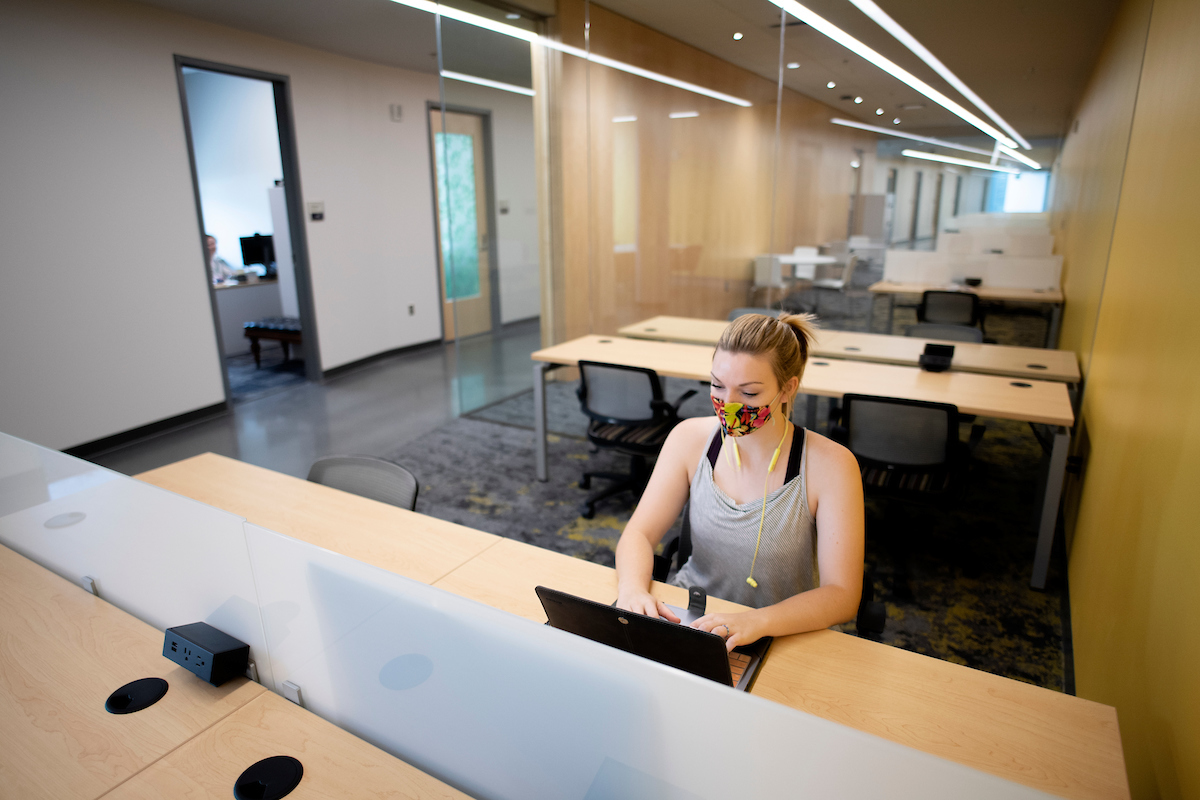 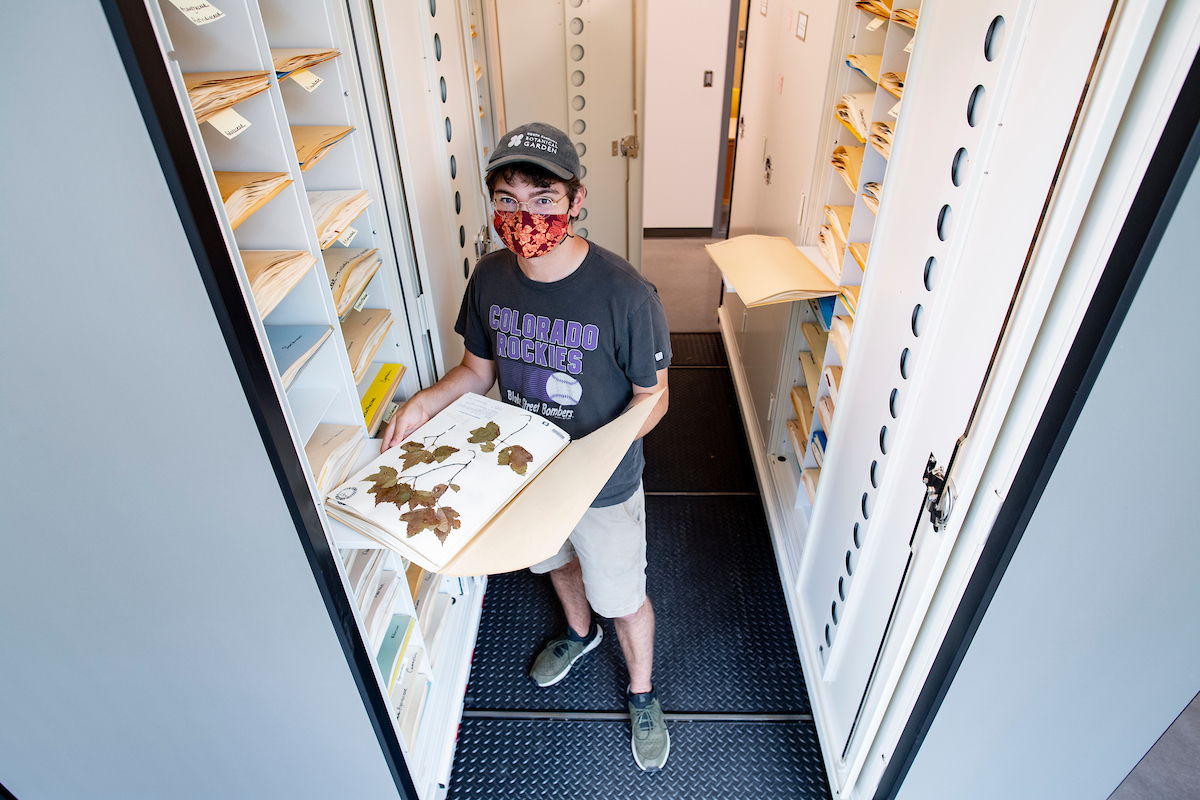 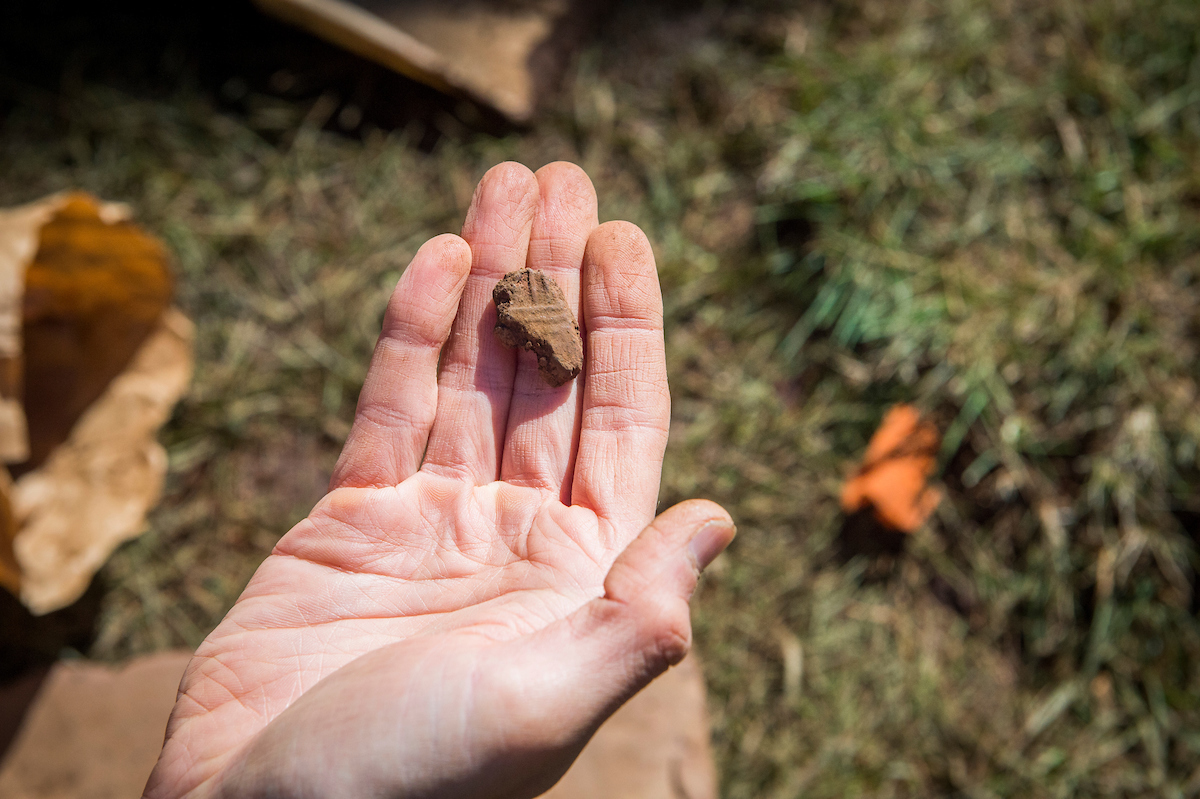 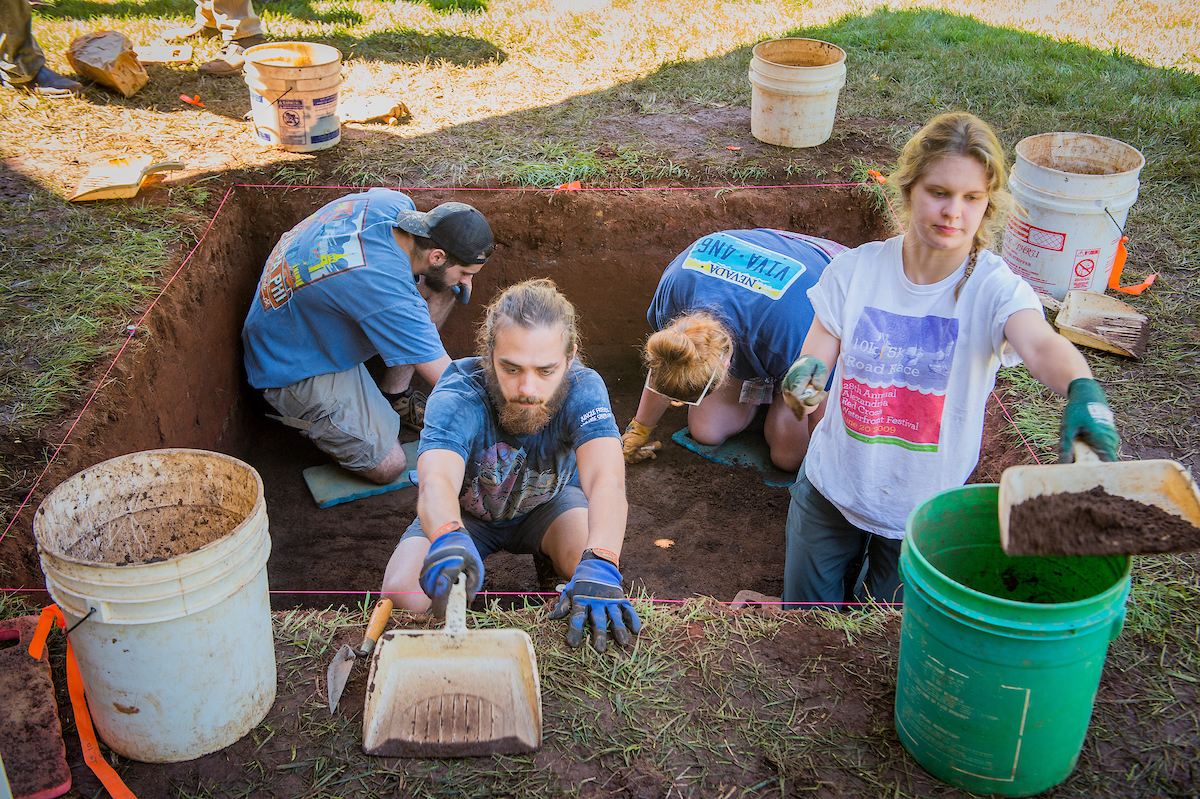 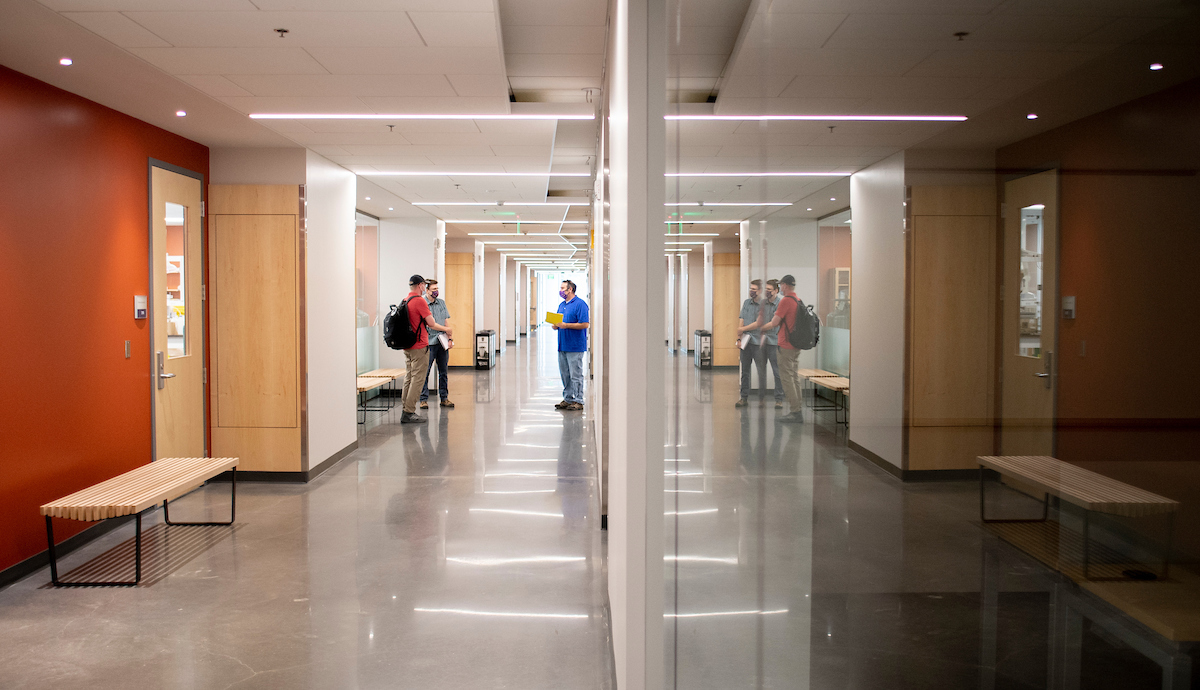 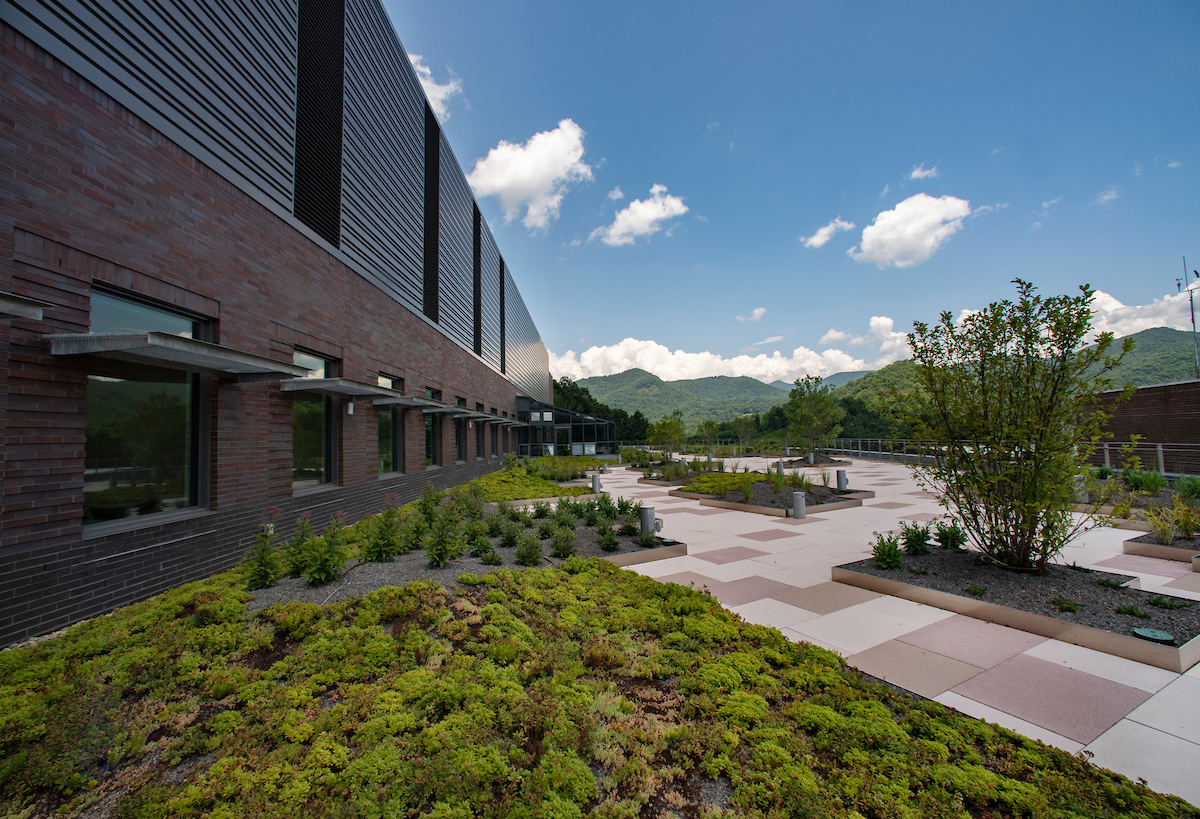 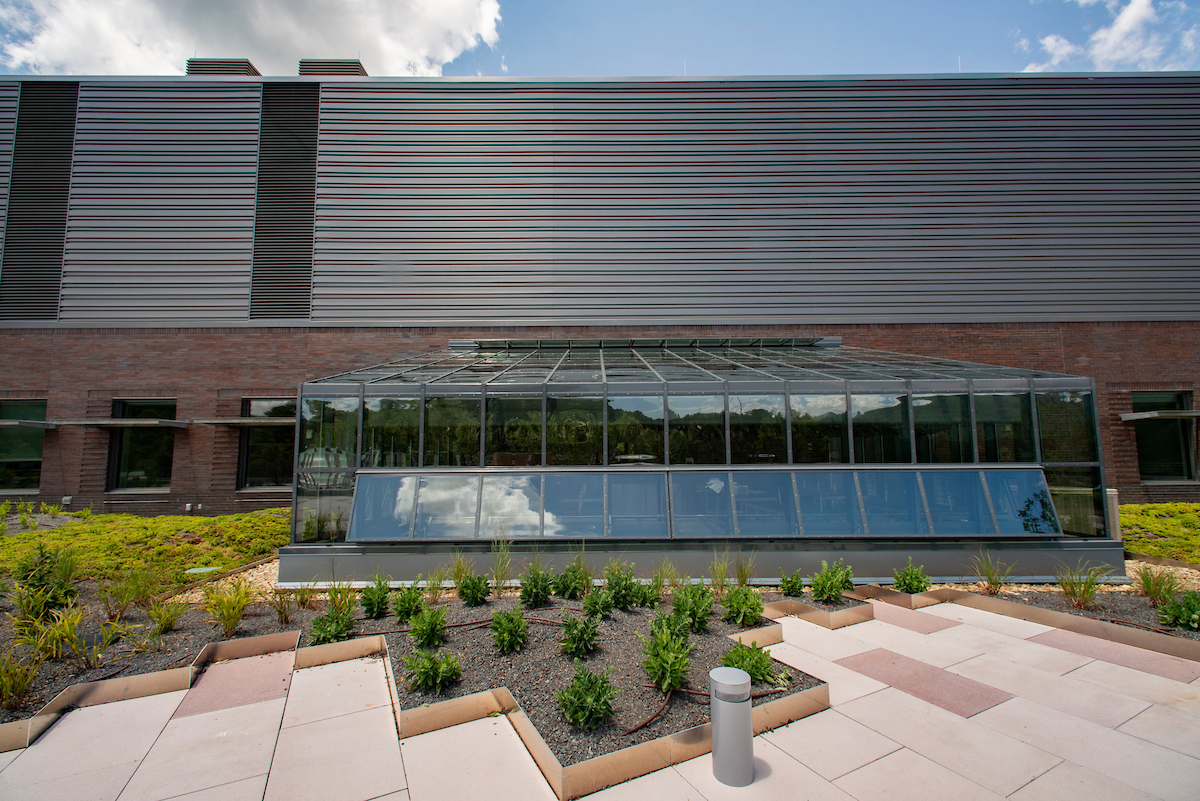 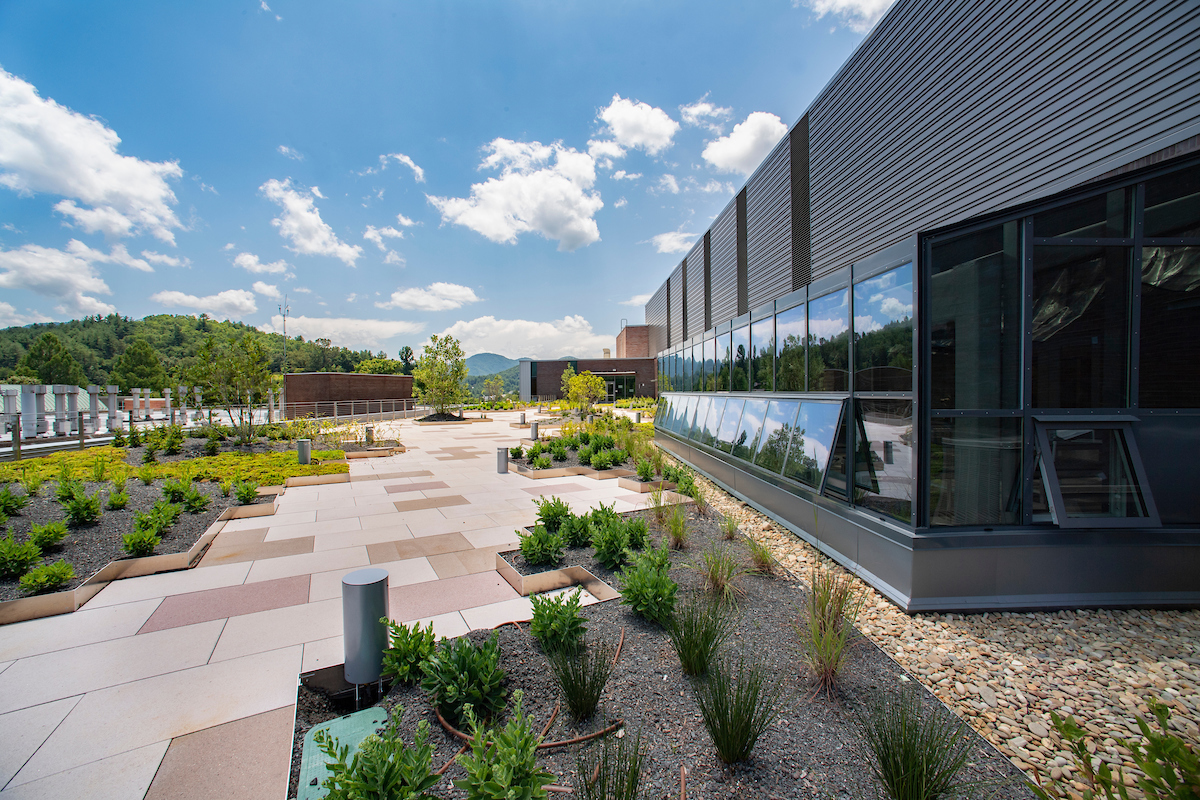 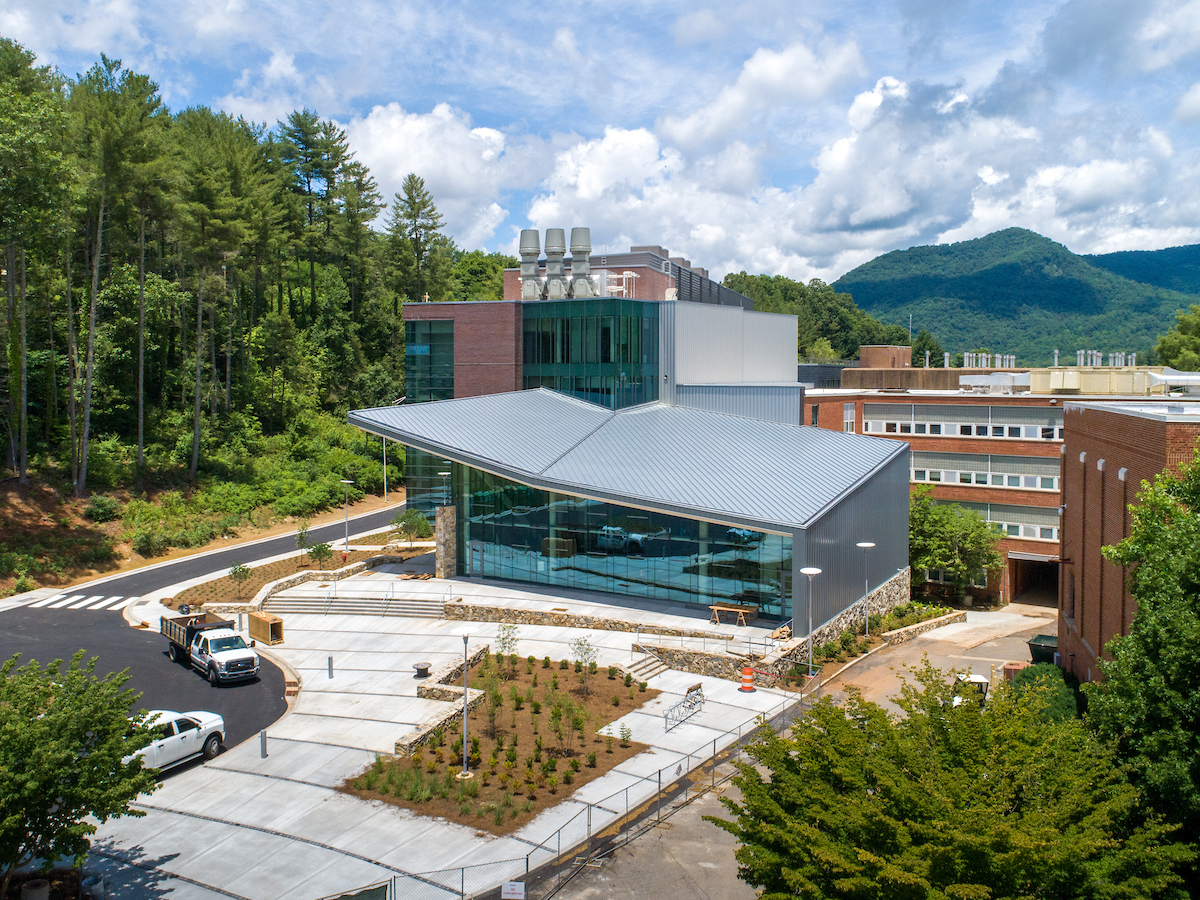 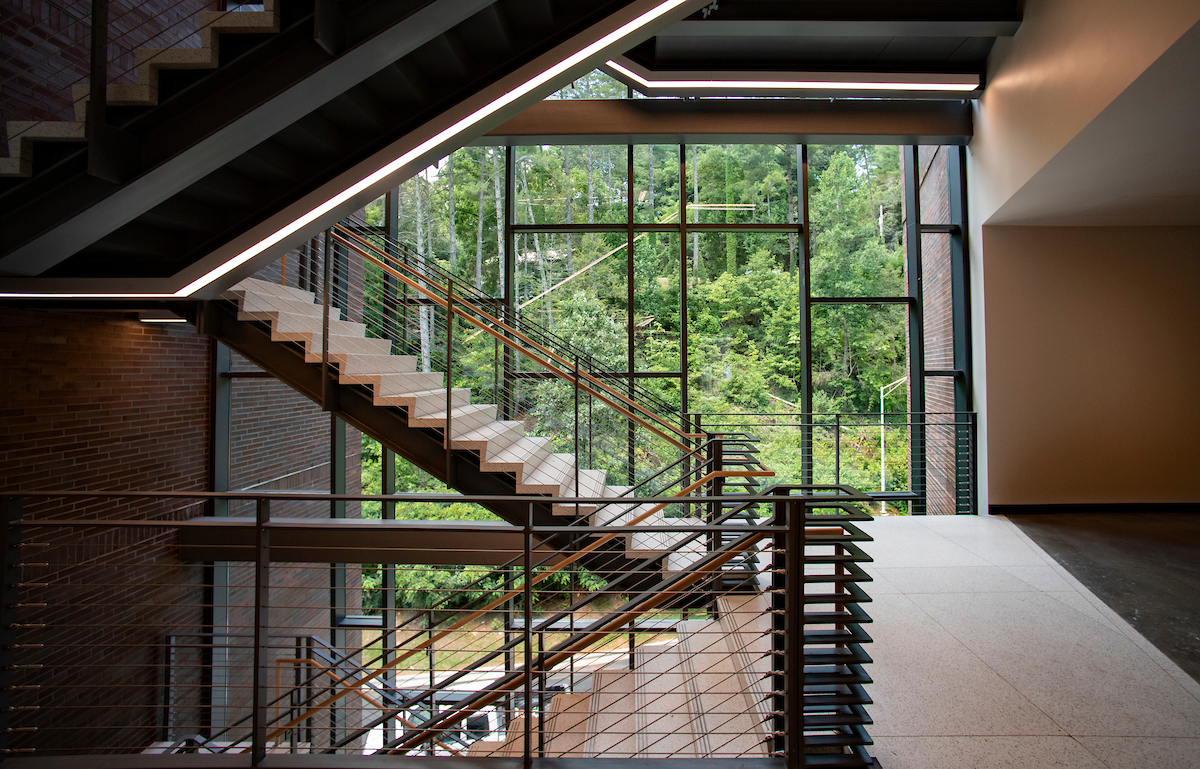 Former state senator and Western Carolina University alum Tom Apodaca ’80 broke ground with other university and state officials for construction of a new $110.5 million science building. During the ceremony, Apodaca commented that his dream was to attend the future grand opening of the new state-of-the art facility with his then-infant grandson, River. He also hoped River would one day follow the family tradition of attending WCU and taking classes in the building named in his honor.

On Sept. 3, he and his family attended a special ceremony at the Apodaca Science Building, which allows faculty to teach the next generation of scientists in a 21st century facility. Hundreds of students can now learn the latest techniques and approaches that can be applied to real-world research. The new structure, which is part of the Connect NC bond initiative for education improvements across the state, replaces WCU’s 1970s-era Natural Science Building.

“I want to see more students choosing to study science,” Apodaca said. “We really need more doctors and nurses in Western North Carolina who can attain degrees that are based on chemistry and biology. I am excited about having an additional great facility here at Western for students to study in.”

The multi-level building is 182,989 square feet and features five stories of laboratory, classroom, assembly and office space, 150-person seat lecture hall and a collaborative space. There is also an additional rooftop plaza level for astronomy observations and a greenhouse.

The facility is home to the Department of Biology, Department of Chemistry and Physics and the interdisciplinary program in Forensic Science. David Kinner, dean of the College of Arts and Sciences, said the building couldn’t have come at a better time since science is always advancing at a rapid pace.

“Science is a very collaborative endeavor,” Kinner said. “We have always performed a lot of research with our students, but this new building, for the first time, allows us to have better working spaces to perform research in a shared lab experience.”

Shared labs, which are sometimes called research neighborhoods, are large spaces where more than one team can research at the same time and/or collaborate on a larger project. The shared labs serve as a combined space with people who have similar equipment and space needs. While in these spaces, students use the same industry-approved lab instruments that instructors will use, which is unique. Some schools provide a different set of instrumentations for students versus faculty.

The new labs also simulate those found in the workplace today, which excites both faculty and students.

“I think the most exciting part for faculty is to be able to move into a fresh space that feels modern and bright,” said Carmen Huffman, associate dean of the College of Arts and Sciences. Huffman was involved with the project since the beginning. As the associate dean, Huffman served as the liaison between construction project managers and faculty. She also ensured that construction project managers stayed on track with originally approved spaces.

New student workspaces are equipped with monitors and desks outside the classroom, and a dedicated, extensive garden home to native species of plants, which enhances learning beyond the textbook.

“It feels good to know that our students can now get excited about science in our new spaces,” Kinner said.

WCU Provost and former Dean of the College of Arts and Sciences Richard Starnes ’92 MA ’94 said the new science building is of great importance to the university’s mission and Chancellor Kelli Brown’s vision.

“Every day across our campus, faculty guide students on their journeys by teaching them, challenging them, mentoring them, and showing them what is possible,” Starnes said. “And every day, our students inspire us with their energy, their promise and their limitless potential. This building provides a state-of-the-art facility for our university to better fulfill that sacred calling of changing lives. For the people of our mountains and our state, there is nothing more important.”

On the last day of class of the spring 2021 semester, students seemed hopeful about the new building.

“I think the design of the new building and updated classrooms will make my learning here more fun,” said sophomore Alayna Suitte. “I am excited that the new building will be ready in the fall.”

Suitte has taken two classes, chemistry and precalculus, in the former building, and agrees it’s outdated for today’s learning.

“It was the first time that I saw a real chalkboard inside of a classroom in a long time,” said the Raleigh native.

Suitte added the reason she came to WCU on a track and field scholarship was to major in environmental health. She said now that there is a new building to house many of the foundational science classes she needs for that major, she said she will have the best opportunity to excel.

Junior Zoe Martin walked out of her anatomy class in the Natural Science Building for the last time with a bittersweet feeling.

“I like this building,” she said. “I don’t think it’s bad, but the labs do remind me of high school instead of college.I am finished with my science requirements, but I do want to try an astronomy class in the new building because I am hearing that the observation deck will give us the opportunity to study the stars.”

History Revealed Beneath the Grounds of Building Site

Although what people see today is a new building above ground, faculty and students, along with archaeologists from TRC Environmental Corporation, found the remains of an ancestral Cherokee community beneath the property.

From 2017-2018, the group carried out archaeological surveys and excavations under the footprint of the Apodaca Science Building. Some of the most significant finds included ceramics dating to the Late Woodland (600-900 CE), Early Pisgah (1000-1200 CE) and Qualla (1400-1838 CE) time periods. Under the old Josefina Niggli Theater, which was demolished to make way for the new science building, archaeologists from TRC uncovered and mapped the post hole patterns of two ancestral Cherokee houses, most likely dating to the Early Pisgah phase.

“These finds are very significant,” said Ben Steere, director of WCU’s Cherokee Studies Program and an associate professor of anthropology. “We know that WCU is built on the Cherokee town of Tali Tsisgwayahi (Two Sparrows Town), and these ancient houses, ceramics and stone tools are additional material evidence of this ancestral Cherokee heritage on WCU’s campus. Documenting, preserving and teaching the campus community about this heritage is one important way for us to honor WCU’s special relationship with the Eastern Band of Cherokee Indians.”

WCU professor Jane Eastman discovered another find — intact concrete bleachers belonging to the historic Memorial Stadium in the bank of soil leading up from the Natural Science Building to Memorial Drive.

Sen. Apodaca’s connection to WCU started in 1975. Gerald Ford was president, the Vietnam War ended and the blockbuster movie, “Jaws,” was released.

“When I drove to Western in my Jeep CJ-5 with some classmates to look at the school, I saw the mountains and fell in love with them,” Apodaca said. “I never lost sight of the mountains. Even in my earlier political career and the job that I am doing now, my focus is to make Western North Carolina a better place to live.”

He has happy memories of WCU as a student. The university also was the place where he met his wife, Lisa Tate ’80. Apodaca graduated in 1980 with a degree in business administration. After graduation, he went on to a career as an entrepreneur involved in bond insurance, real estate investment and a travel agency. He returned in 1997 as a member of the WCU Board of Trustees, a position he held until 2002 when he was elected to the North Carolina Senate representing District 48.

“If I had to pick one word to describe me, I would say blessed,” he said. “I have been successful in ways I would have never imagined growing up. I have been able to help people and accomplish things. Politics would not have been one of those things I would have thought of in a million years.”

But it was one of those things that helped to define Apodaca’s career and the further impact he would have on Western North Carolina.

He quickly became known as a highly effective senator during his 14 years in office, which included time as chairman of the powerful Senate Ways and Means Committee and Rules Committee. He was instrumental in WCU receiving $1.4 million reccurring funds to expand its engineering program to the Asheville–Hendersonville area, a development that university officials considered critical to the economic development of the region. He also was a prime mover behind legislation that created the NC Promise tuition plan, which reduces the cost of tuition at WCU and two other University of North Carolina System institutions to $500 per semester for in-state undgraduate students.

Today, he lives in Hendersonville and is the founder and managing partner for Vista Strategies, a firm with offices in Hendersonville and Raleigh that specializes in government relations, corporate consulting, strategy and economic development. The Apodacas have two adult sons, Brandon ’08 and Tyler “Tate” ’08, a daughter-in-law, Kristen Apodaca ’07, and grandson, River.

The Apodaca Science Building is likely the most significant addition to WCU’s main campus in more than two decades. Its impact will reach far beyond Cullowhee into the region and beyond.

A lasting legacy of love 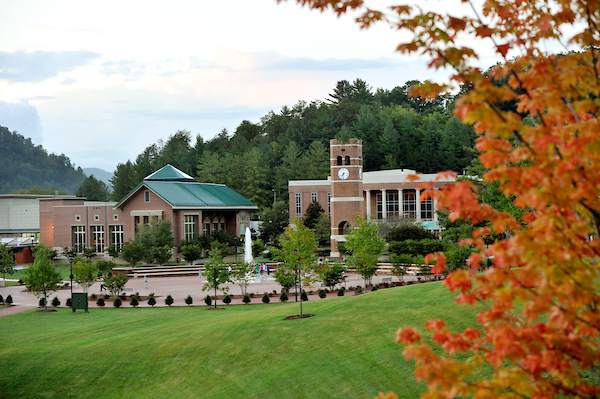