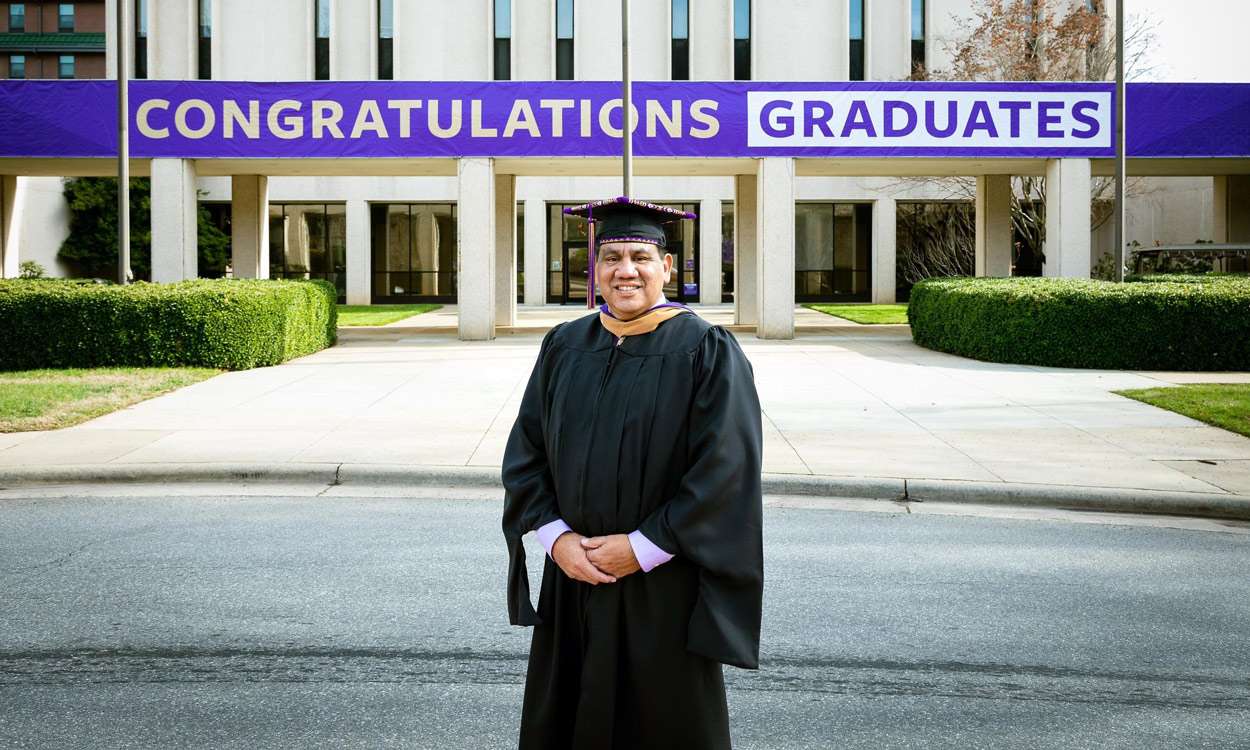 John David Arch is an enrolled member of the Eastern Band of Cherokee Indians, a Navy veteran and a non-traditional student who is now a double alumnus of Western Carolina University.

Arch earned credits at Southwestern Community College and began as an undergraduate at WCU in the fall of 1990. He was then recruited for the Navy by MT2 (SS) Stacy Hines. He enlisted in the Navy at the beginning of December 1990, but not before getting a good meal on Hines’ dime. “My dad said if at any time a recruiter calls you and wants to talk to you, make them buy you dinner,” Arch said. They ate at a Western Sizzlin in Sylva, and the rest is history. Arch served on three submarines, the USS Rhode Island (Gold), the USS Rhode Island (Blue) and the USS Asheville. He retired from the Navy on Dec. 31, 2010, with duty stations in Groton, Connecticut; Norfolk, Virginia; Pensacola, Florida; Kings Bay, Georgia; Yokosuka, Japan; and San Diego.

After a few rounds of trying to convince this promising young man to pursue a degree, Arch got a taste of his own medicine. “He just really turned the tables on me and said, ‘Well, if school is so great, where’s your degree?’ I knew then that I needed to go back to school and get my degree,” Arch said.

In January of 2012, Arch re-enrolled at WCU. He took full advantage of the new opportunity, studying abroad in the Netherlands, the Czech Republic, Spain, Germany and France. Arch graduated with a bachelor’s degree in business administration with a concentration in management, and a bachelor’s degree in communication with a concentration in public relations in December of 2015. But his journey through higher education was far from over.

In the summer before Arch’s graduation, he performed as Sequoyah in the “Unto These Hills” outdoor drama. He also interned at the Cherokee One Feather newspaper as a requirement of his communication degree. Arch utilized his education to benefit his tribal community, resulting in an opportunity to serve as the first veteran service officer from June 2016 to July 2018. He also participated in the 2016 cohort of the “Remember the Removal Ride.” “It was an absolutely amazing adventure; I encourage everyone that can to do that,” Arch said.

It was in his role as a veteran service officer that Arch met Sherry Robertson, WCU director of financial reporting. Robertson and Arch both participated in the Cultural Regional Leadership program, as a representative of their counties. Robertson recently discovered through Facebook that Arch had obtained his master’s degree in project management last December at WCU. “He’s 56 years old, I’m 55. He’s an inspiration to me because I’m also a non-traditional student pursuing a degree,” Robertson said. “I think he can be an inspiration to a lot of people who identify with his story.”

Arch stepped away from his role as a veteran service officer to pursue his masters. “I started a new job with EBCI Transit as a mobility driver in August 2020. This gave me more freedom to study for my master’s,” said Arch. “In March of 2022, I was promoted to the transportation coordinator for the day shift drivers. I am now the budget analyst and grant coordinator for EBCI Transit.” Arch completed his master’s while working full time and grieving the loss of his mother.

Still, Arch is not done pursuing degrees. “I plan to apply for a doctorate in organizational leadership from the University of Arizona Global Campus this year, and I will finish in four years at the age of 60,” Arch said. He plans to write his dissertation on battling the opioid epidemic on the Qualla Boundary through the founding of a cultural rehabilitation organization called “The Raven Warriors.”

“The Raven Warriors were an elite warrior group of the Cherokee. There are stories from other tribes that say the Raven Warriors could just show up, show their presence and the whole battle would change,” Arch said. He wants those struggling with addiction in his community to know that showing up is half the battle; their presence is powerful enough. 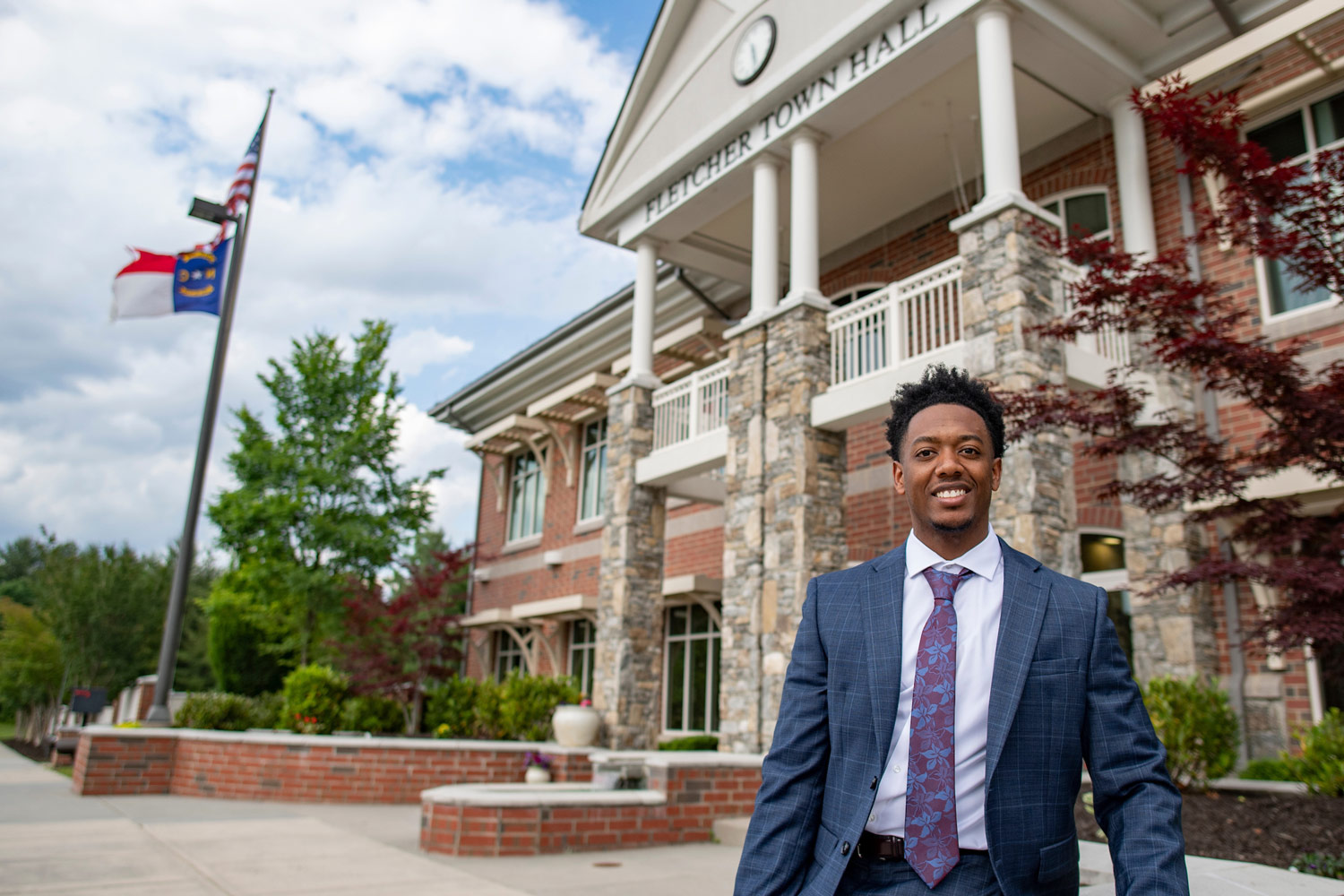 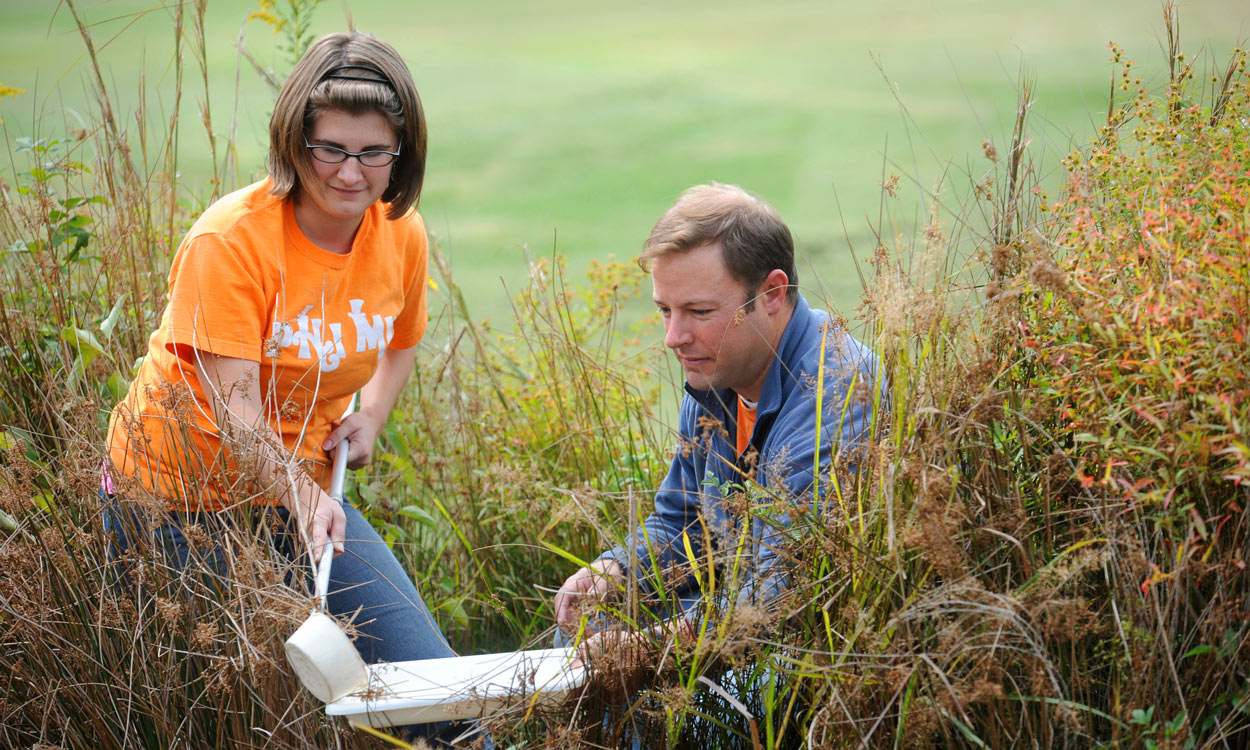