From the mountains to the sea, WCU alumna and coastal scientist helps to ensure longevity of coastal parks through $295k NPS grant 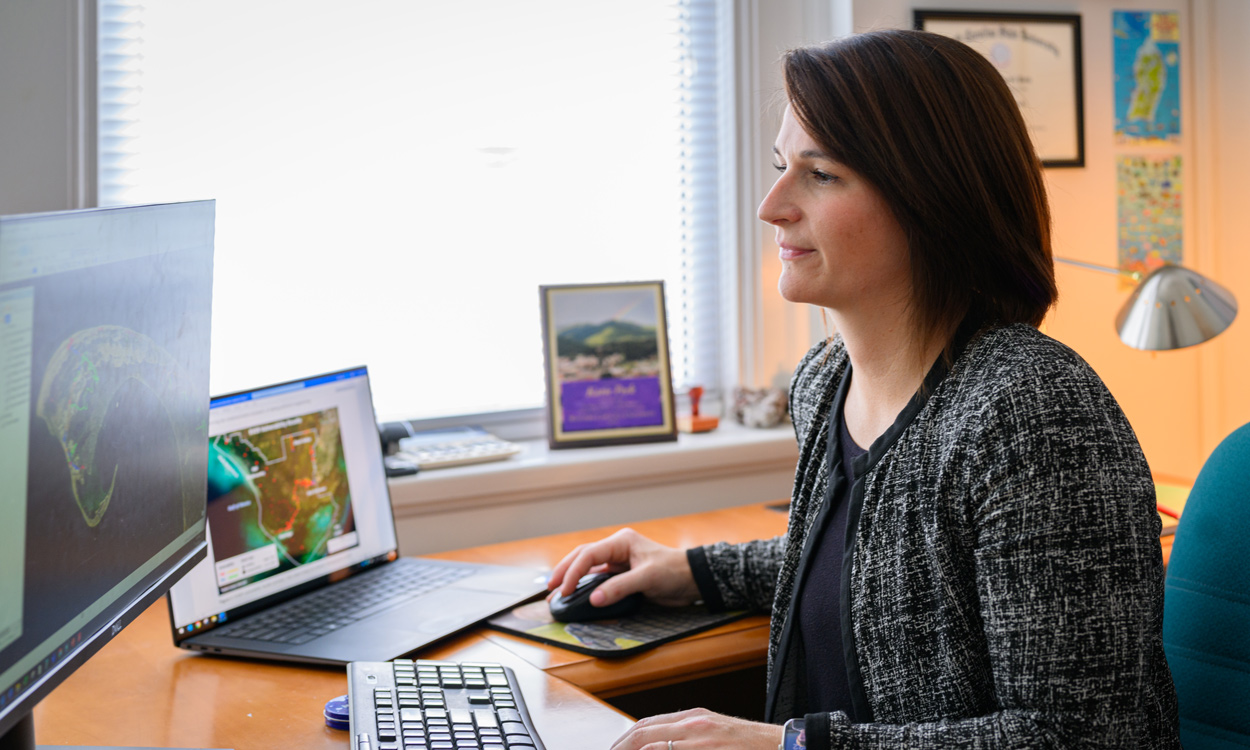 Growing up in Franklin, Katie Peek never dreamed she would be living in the mountains and working as a coastal scientist in Western Carolina University’s Program for the Study of Developed Shorelines.

But here she is, helping to develop protocol for assessing the vulnerability of coastal hazards and sea level rises for the National Park Service, from the Statue of Liberty to a road in the Sitka National Historic Park in Alaska, all while continuing to reside in Western North Carolina.

WCU’s Program for the Study of Developed Shorelines was recently awarded a $295,000 grant from the National Park Service to continue the vulnerability assessments of its coastal and Great Lakes national parks.

“Katie is great at what she does and continues to be a driving force behind this project,” said Robert Young, director of the Program for the Study of Developed Shorelines. “With this grant we are continuing the work we’ve been doing the past few years to develop protocols for measuring the vulnerability of these parks.” 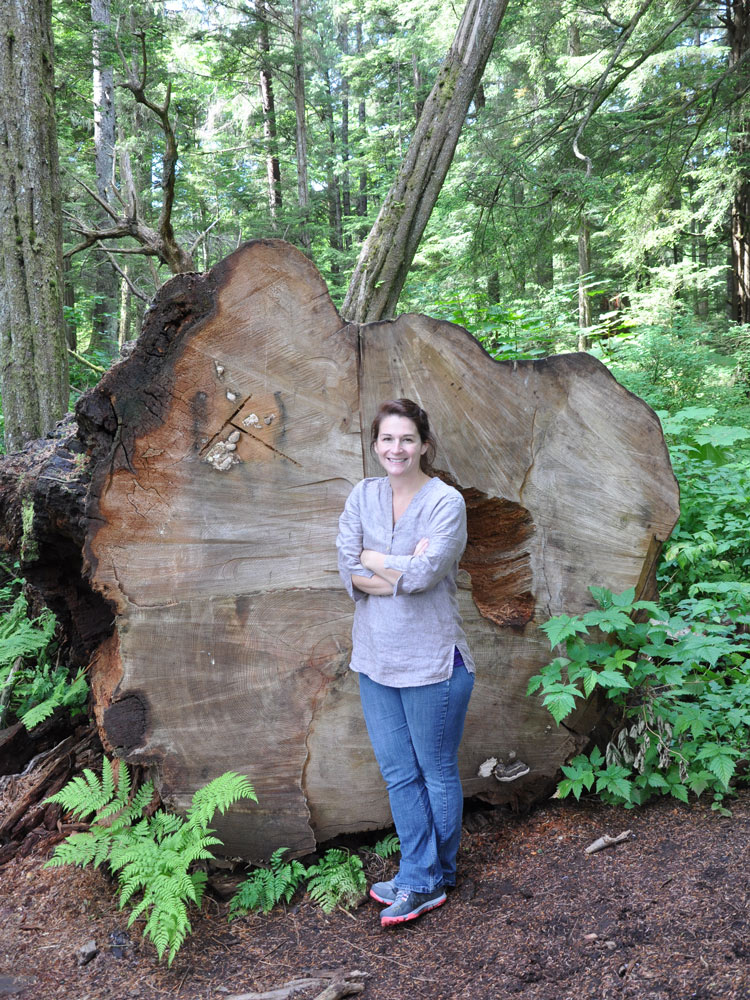 Peek is co-principal investigator for the grant along with Blair Tormey, also a coastal research scientist and geologist in the program.

“The Program for the Study of Developed Shorelines takes a worldwide view of modern coastal processes and geologic hazards, examines the scientific basis for managing developed shorelines in a time of rising sea level and advocates for the development and implementation of responsible strategies, plans, policies and actions that promote the long-term sustainability of the nation’s coastal ecosystems,” Young said.

Peek had worked with Young during her time as an undergraduate as he was beginning to do coastal work and partnering with the NPS on projects.

“In my junior and senior year, I got to go to the coast a lot with my classmates and Rob,” Peek said. “By continuing to visit the coast and learning about the vulnerability of our shorelines, I was drawn to coastal geology.”

Peek was able to visit the Channel Islands National Park for the Wetlands restoration project and in her graduate work, studied the Outer Banks geological history and the Cape Hatteras region.

Katie Peek at Fort Massachusetts, which is part of Gulf Islands National Seashore.

The mountains were calling Peek home after graduation and she began working at WCU full-time in January 2010.

Building on the work she had helped with as an undergrad, Peek and the team from WCU have been visiting the different national parks in the U.S. and have developed a plan of action to measure vulnerability collecting raw data and creating a number scale and three categories based on the scientific data: low, moderate or high vulnerability.

“We wanted to take the hard scientific data and make it universally useable to where management looking at the numbers can easily tell what is threating their infrastructure,” Peek said. “We needed this to be practical and useable day-to-day for the folks that work in these parks. The initial process of getting the data down to a number and category is very challenging, and we always give the parks their raw data, but this allows for practical use.”

Peek and the team have published 25 reports so far with 20 more in the process of being published.

“Right here in Cullowhee, we are creating the protocol for the entire coastal and Great Lakes national parks system,” Young said. “I am so proud of this team and the tremendous work we are doing.”

The next step in the project is to create protocol for the eight Great Lakes national parks, which have their own unique set of challenges due to the winds and overall climate in that area and then continue to move westward.

But Peek and the team are up for the challenge.

“This will be a chance for us to look at the protocol and make adjustments to meet the needs of the Great Lakes,” said Peek. “Strong lake winds push ice onto people’s doorsteps and block roadways, so there is an entirely new set of challenges that comes with determining the plan of action for this area.” 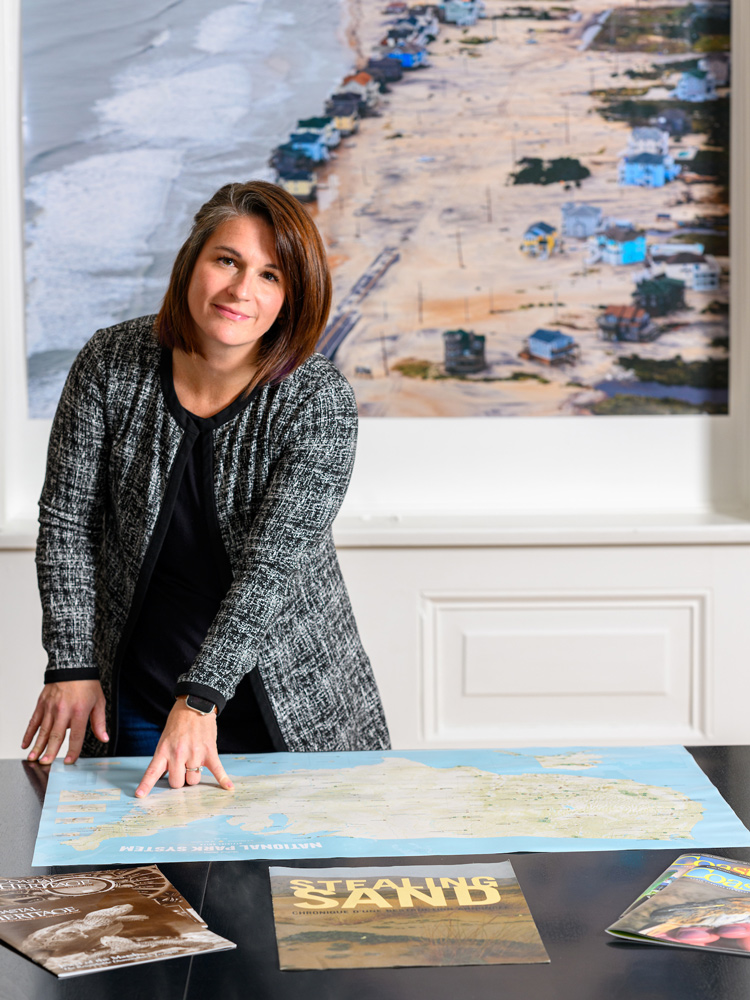 Climate change is also another big aspect of understanding how to adjust the protocol to fit the individual park’s needs.

“Every single day, the folks that work at these parks are seeing the effects of climate change with their own eyes," said Peek. "This protocol is vital to ensure future generations can enjoy these parks like we are able to.”

For Peek, her favorite part of her work is the relationships with the park staff she builds with each visit and getting to experience all of the different parts of the U.S.

“You’d be surprised at how many parks are tucked away all around us,” said Peek. “Each park is beautiful in its own way and getting to see them all is just amazing. We have all of these cultural and historical sites that are so important to know about.”

For Young, the relationship building is a key aspect of this project.

“Katie has earned the respect of the entire National Park Service, from the park staff to the highest officials. We are very fortunate to have her be part of this project,” Young said.

For more information about the Program for the Study of Developed Shorelines, visit psds.wcu.edu.

Catawba Valley CC students will have guaranteed admission to WCU 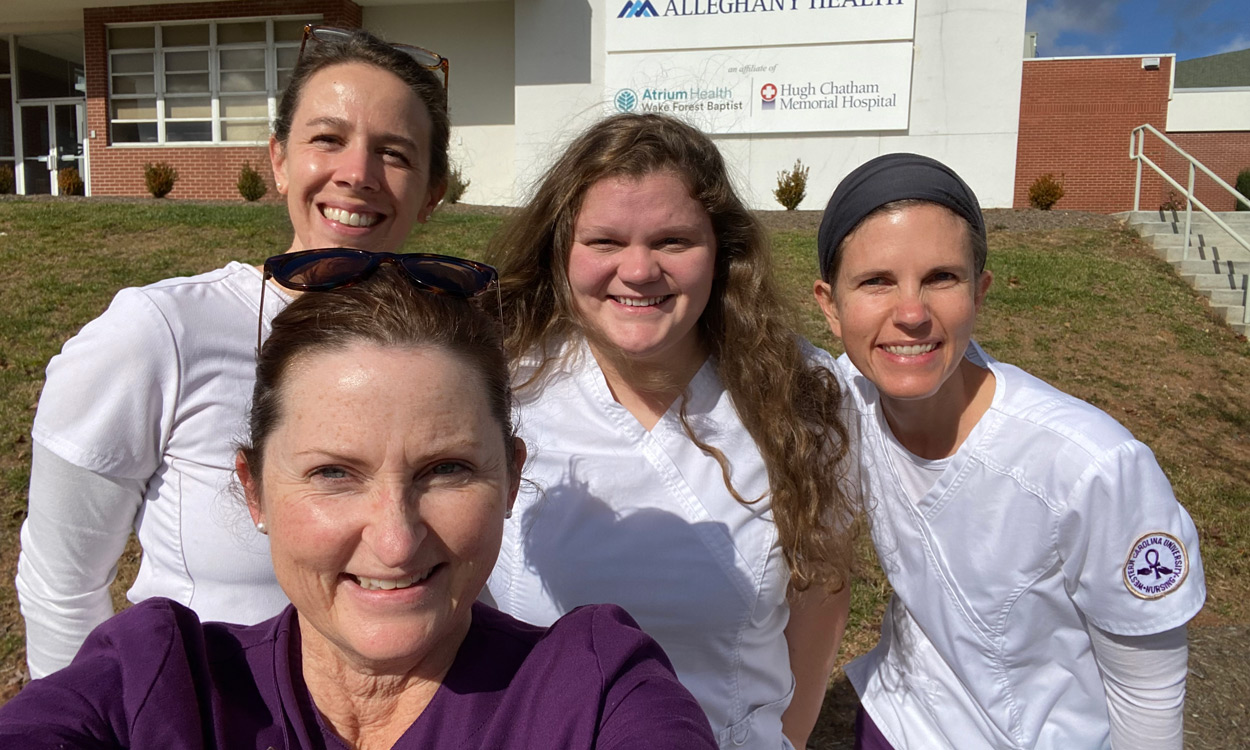