Perseverance is the motto of Martin Tanaka, professor in Western Carolina University’s College of Engineering and Technology, and his students when sharing the journey to get Tau Beta Pi, an engineering honor society, to install a new chapter at WCU.

“About 10 years ago I was interested in bringing an honor society to WCU,” Tanaka said. “Tau Beta Pi is a great fit for WCU and is well-known because it encompasses all of engineering, not just one or two areas of study. Several faculty and I are members, so it made sense to try and bring a chapter to WCU.”

In order to be eligible to petition, Tanaka had to create a local honor society based on the rules of Tau Beta Pi that showed sustained membership to be considered for a national chapter.

After a decade of preparing to petition, Tanaka and WCU engineering students Allison Royer (president) and Gabriel Kranenburg (secretary) traveled to Knoxville, Tennessee in late September to attend the national convention to petition for the WCU chapter. 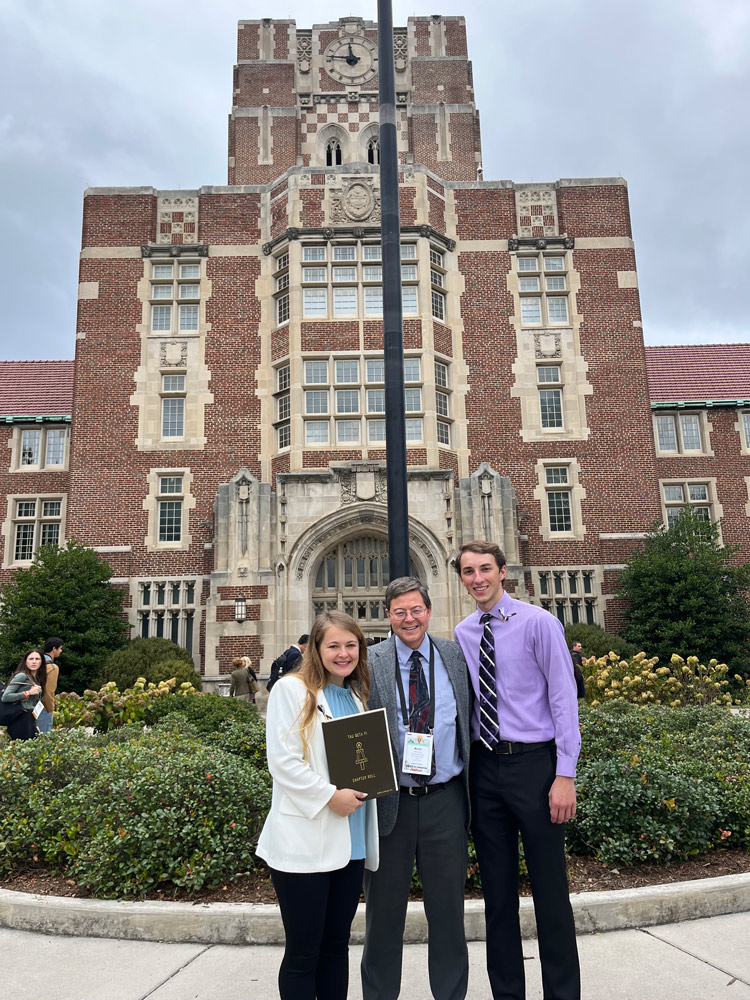 Over the next three days, Tanaka, Royer and Kranenburg made presentations to the petitions committee, answered questions and presented to the entire group of convention attendees, about 450 people in all, from across the country.

“It is an honor to be part of this,” Royer said. “There were so many students before me who worked to get us here, so for me to be one of the students that gets to see this through to fruition is a phenomenal feeling.”

Following the presentations and much discussion, the delegates voted to approve the installation of a chapter at WCU.

“Tau Beta Pi is the preeminent engineering honor society and it is a tremendous honor for WCU to now have a chapter,” said Randy Collins, dean of WCU’s College of Engineering and Technology. “This accomplishment speaks to the quality and high levels of achievement of our engineering programs, and our students. I’m so proud of the team and our college.”

Tau Beta Pi is the only engineering honor society representing the entire engineering profession. It is the nation's second-oldest honor society, founded at Lehigh University in 1885 to mark in a fitting manner those who have conferred honor upon their alma mater by distinguished scholarship and exemplary character as students in engineering, or by their attainments as alumni in the field of engineering and to foster a spirit of liberal culture in engineering colleges.

There are now collegiate chapters at 251 U.S. colleges and universities, 47 active alumni chapters in 16 districts across the country and a total initiated membership of 625,275.

“I am excited going forward to make the organization grow and set the course for how future members will run and conduct the honor society,” Kranenburg said.

There will be an official induction ceremony on campus next spring.

“National officers of Tau Beta Pi will come to Cullowhee for the new chapter installation, scheduled for March 18, 2023.” Tanaka said. “We are also expecting representatives from the University of Georgia to participate, whose petition to establish a new chapter at UGA was also approved at the convention.” 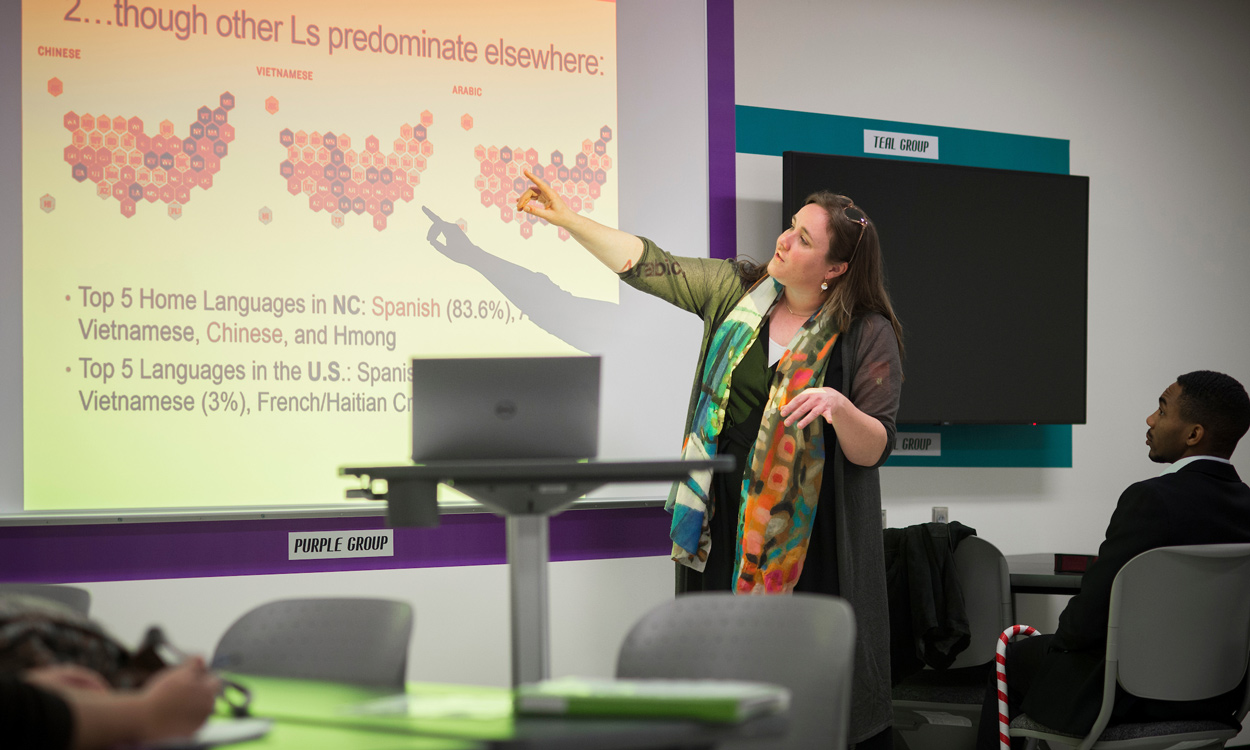 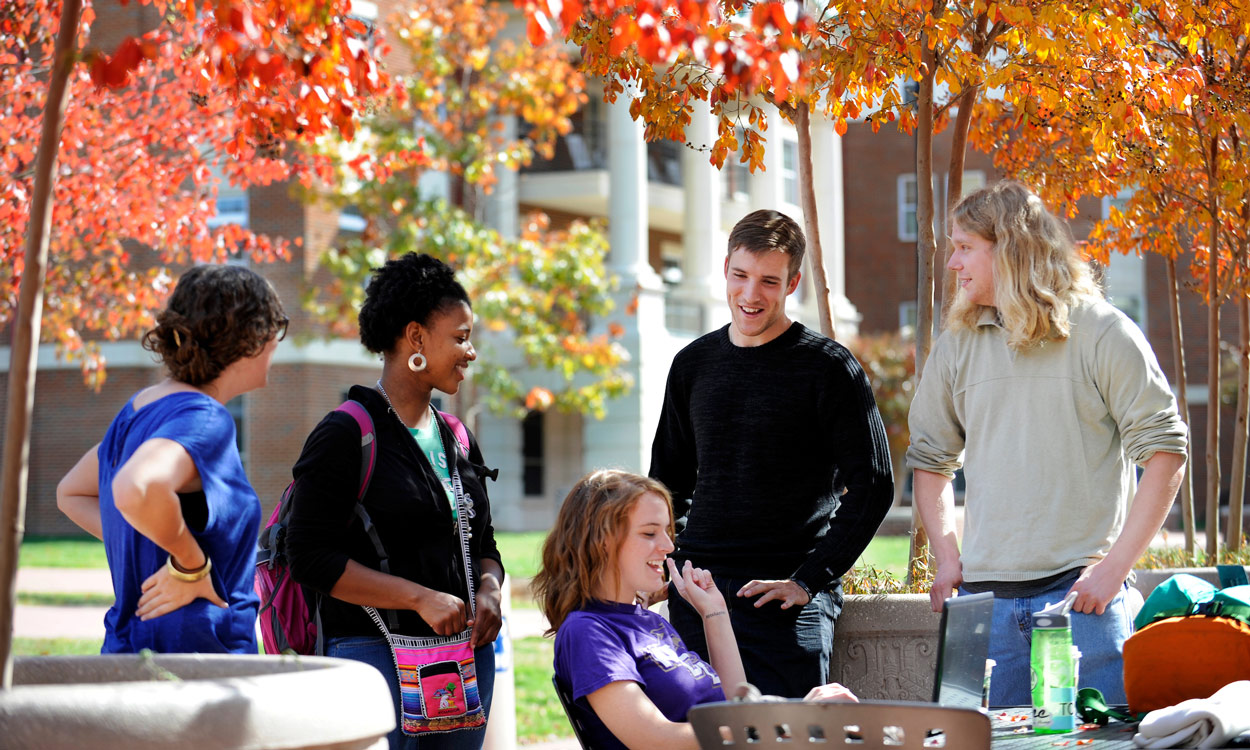